Not too long after high school, I headed out West in an old school bus turned makeshift RV.

Four friends, a cat and a dog, all living on the road with nothing but change in our pockets and lots of crazy adventures on the horizon!

That Summer turned Fall turned Winter took us across the entire United States and back again. Long hours on the road were followed by late nights spent camping out, eating 33¢ packets of Ramen noodles and drinking cheap beer – mostly Pabst Blue Ribbon.

We’d fall asleep by the fire and wake up whenever we felt like it; free souls, no longer tied to a high school curriculum.

Some of my favorite memories from that trip are of the group sitting around a campfire under the stars, or driving down the road on a rainy day, singing (mostly) classic rock songs.

One particular day, we were singing Janis Joplin’s version of Bobby McGee while driving through the Badlands in South Dakota. The sun was setting and we were on a long road with nothing but tumbleweeds and grass for miles. Beautiful mountains in the background, but also a lot of open space without much in the way of human impact; no stores, and not many other cars on the road either. In fact, we hadn’t seen any other drivers for well over an hour.

Anyway, we were driving along this beautiful back country road, singing at the top of our lungs and we look over and see this small herd of antelope running parallel to our bus by the side of the road!

We pulled over to take pictures and when we stopped, they did as well!

We took a couple of pics (old film camera) and eventually continued on our way.

After a while, they veered off towards the mountains and we lost them, but that experience was so incredible!

All I have for photos from that trip are a bunch of mostly out of focus prints that I keep in a photo box under my bed (the original film is loooong gone). I used my digital camera to take pictures of the prints so that I could upload them. 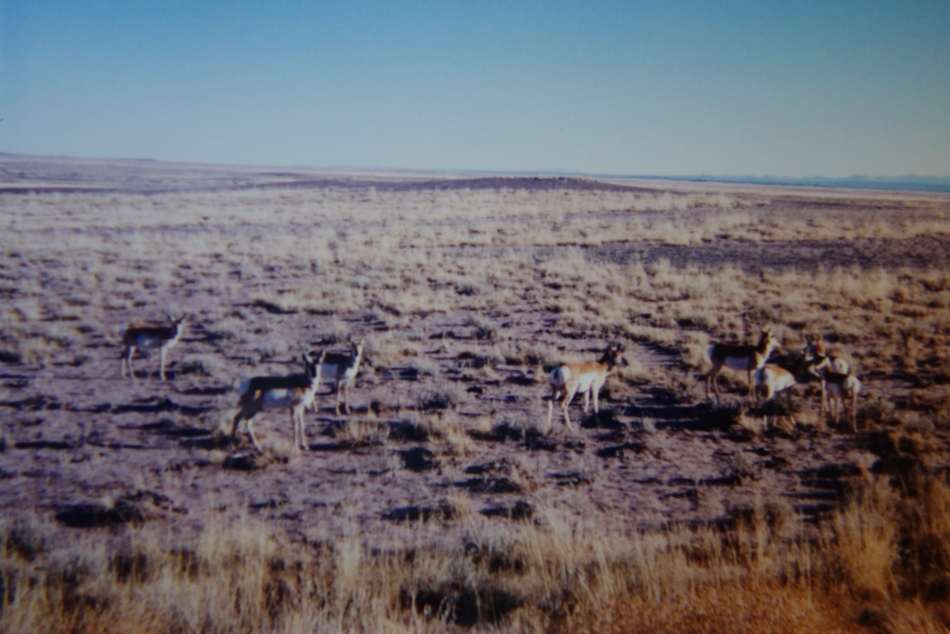 Our recent trip to Baltimore was initially supposed to include a trip to the aquarium, a game of tennis at a nearby park, and a few other fun touristy things.

Instead, our car broke down and we ended up having to get it towed.

Turned out to be minor fix in the grand scheme of things (we were worried that it might be the transmission, but instead it was just a broken sensor), but still the car needed to stay with the mechanic for a few days while they waited for a part to ship.

The entire time starting from when the car broke down to riding in the tow truck and sorting things out at the mechanic – I had Janis Joplin playing in my head, (of course I was substituting the lyrics for “Busted flat in Baltimore“).

Highlight of our day

Going to Max’s Taphouse for dinner.