OMG, the weather has been crazy lately!

Especially out West where it has been snowing pretty much nonstop.

In the week or so after we left the Mammoth Lakes Ski Resort in California, the area received a record breaking amount of snow – something like 22 feet.

Then, they continued to accrue more powder almost every day since then, with a total of about 45 feet at the summit.

On top of that (as if 22 feet isn’t enough), there is even more of the white being predicted in the forecast over the next couple of days (jaw drop)!

According to a recent press release, that’s enough of a snow base for the resort to stay open for skiing and snowboarding until at least the 4th of July. The 4th of July!!!

We’re talking snow levels that (practically) buried houses and made travel  impossible with whiteout conditions and impassable roads. I read somewhere that folks were stranded in hotels for something like a week.

Is it weird that I’m jealous?

I would love to see all that snow in person and I can’t believe I missed doing so by only a couple of days.

The day we left Mammoth Lakes, we drove to Las Vegas, via Death Valley National Park.

The entire six and a half hour drive, we saw heavy cloud cover…

Of course, I stopped by the Red Rock Canyon National Conservation Area while in town (like 4 times, lol) and each of the times that I went, it was super cloudy with patches of precipitation (cold rain, sleet and snow). It was also really windy which made it feel even colder than it was.

Still, I found the scenery beautiful and was grateful to have the Wintery/Desert experience.

Here are some pictures… 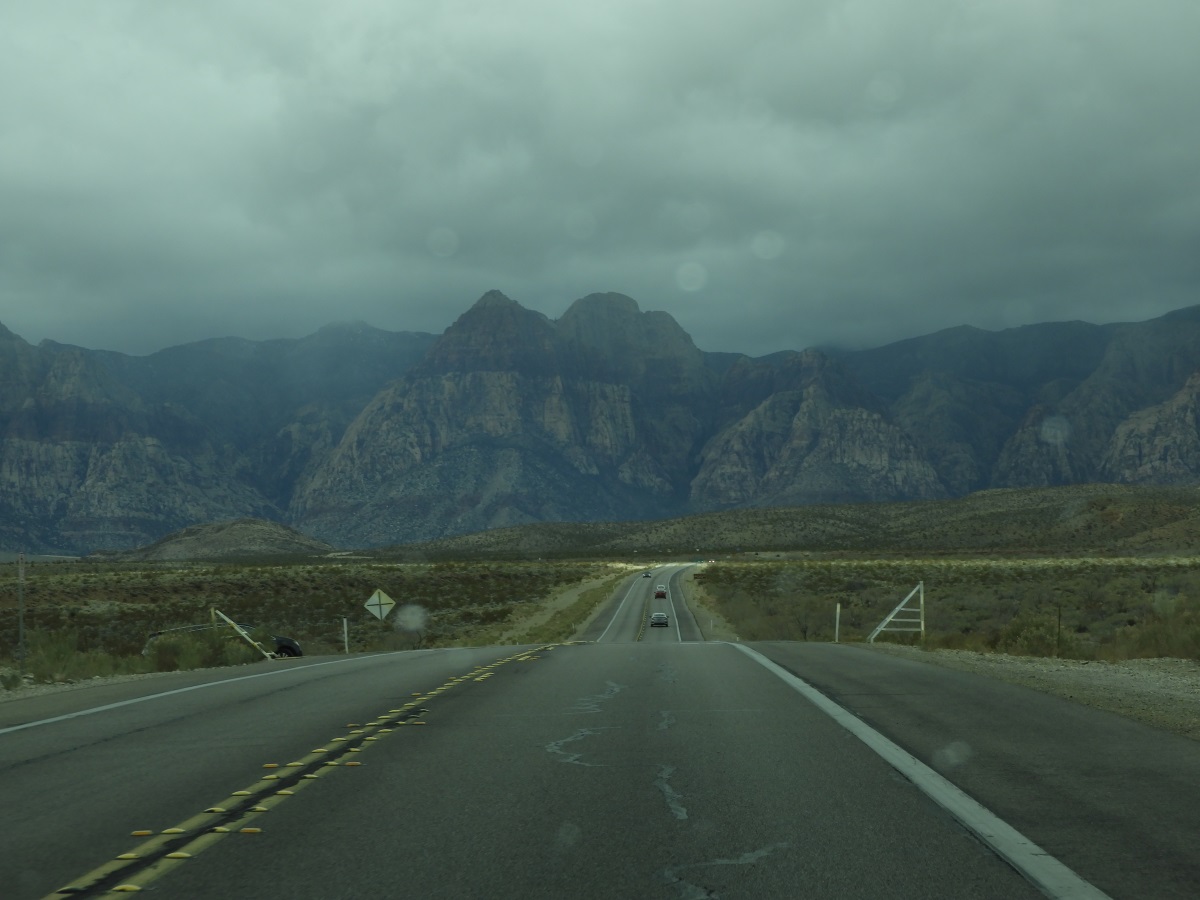 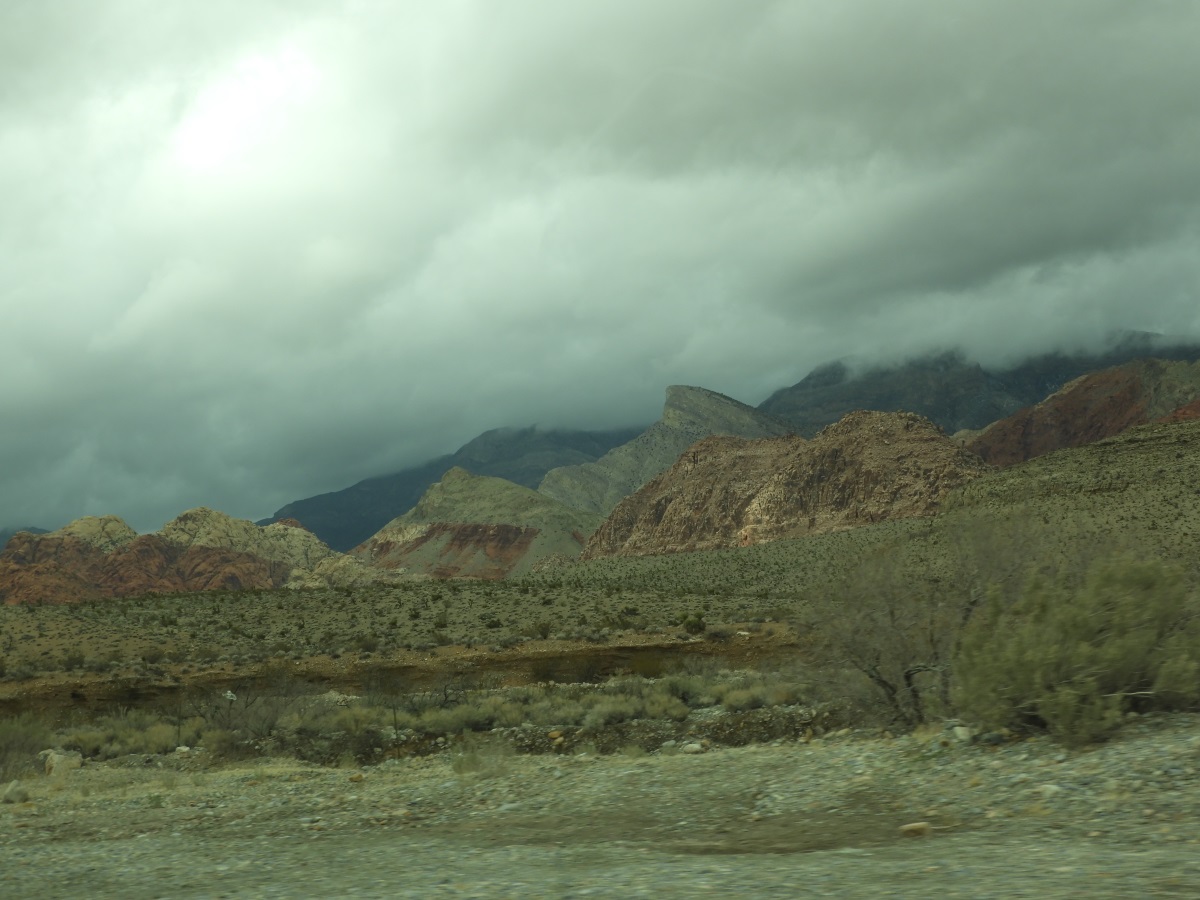 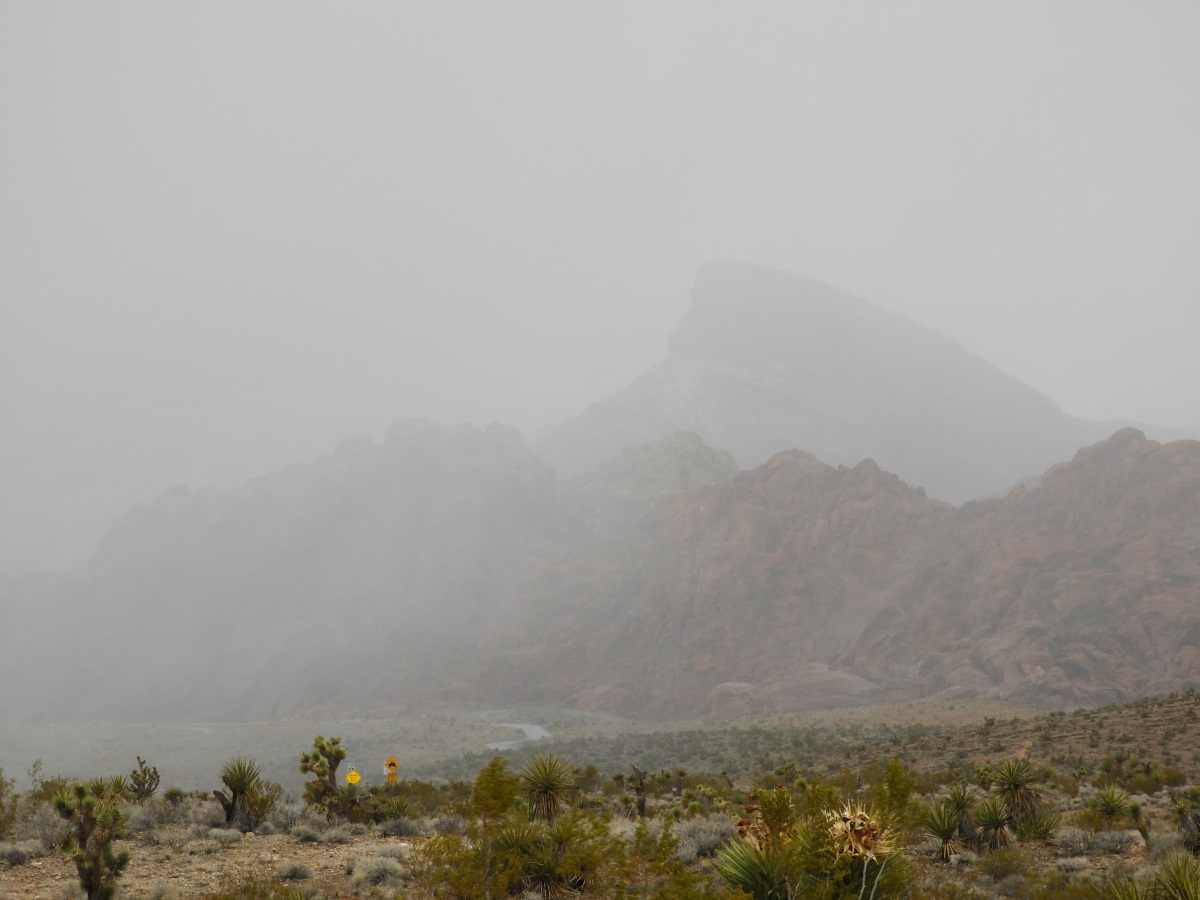 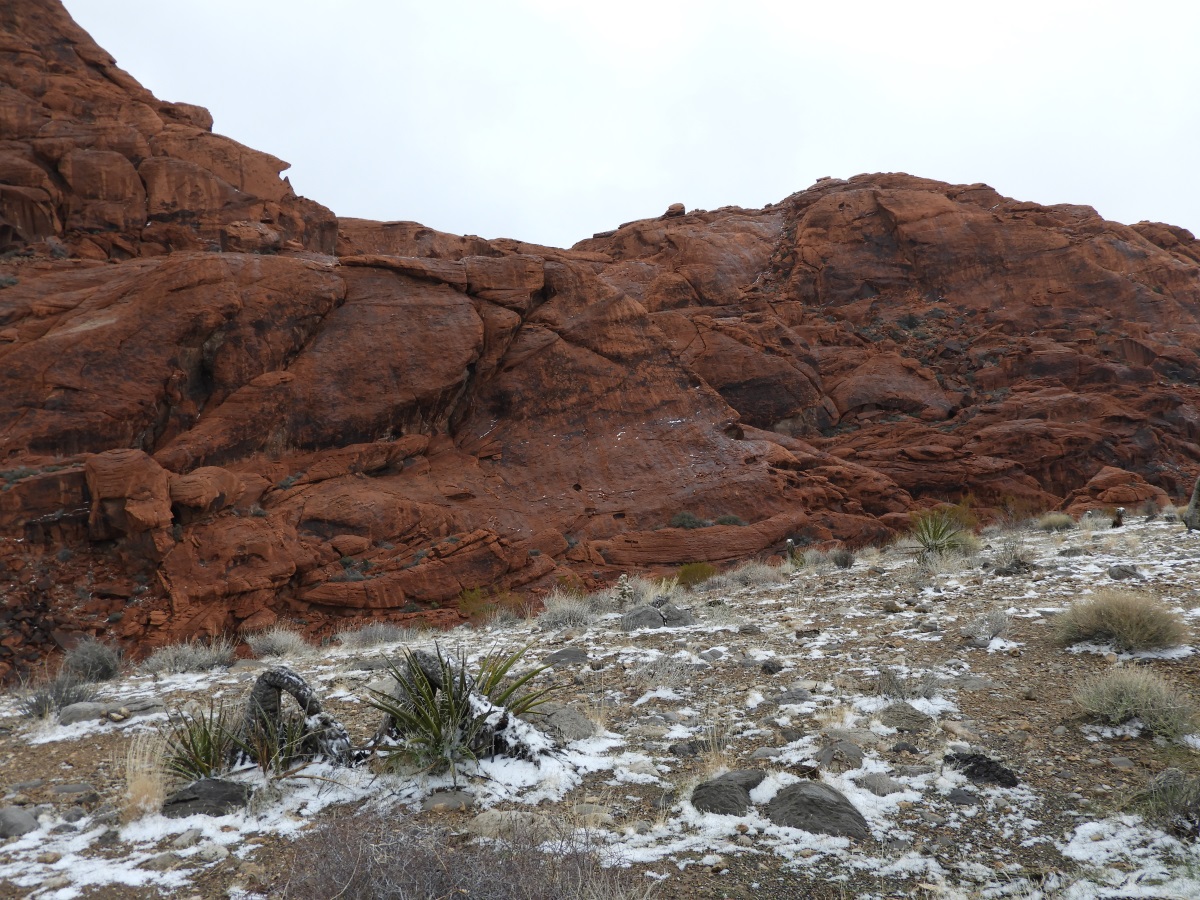 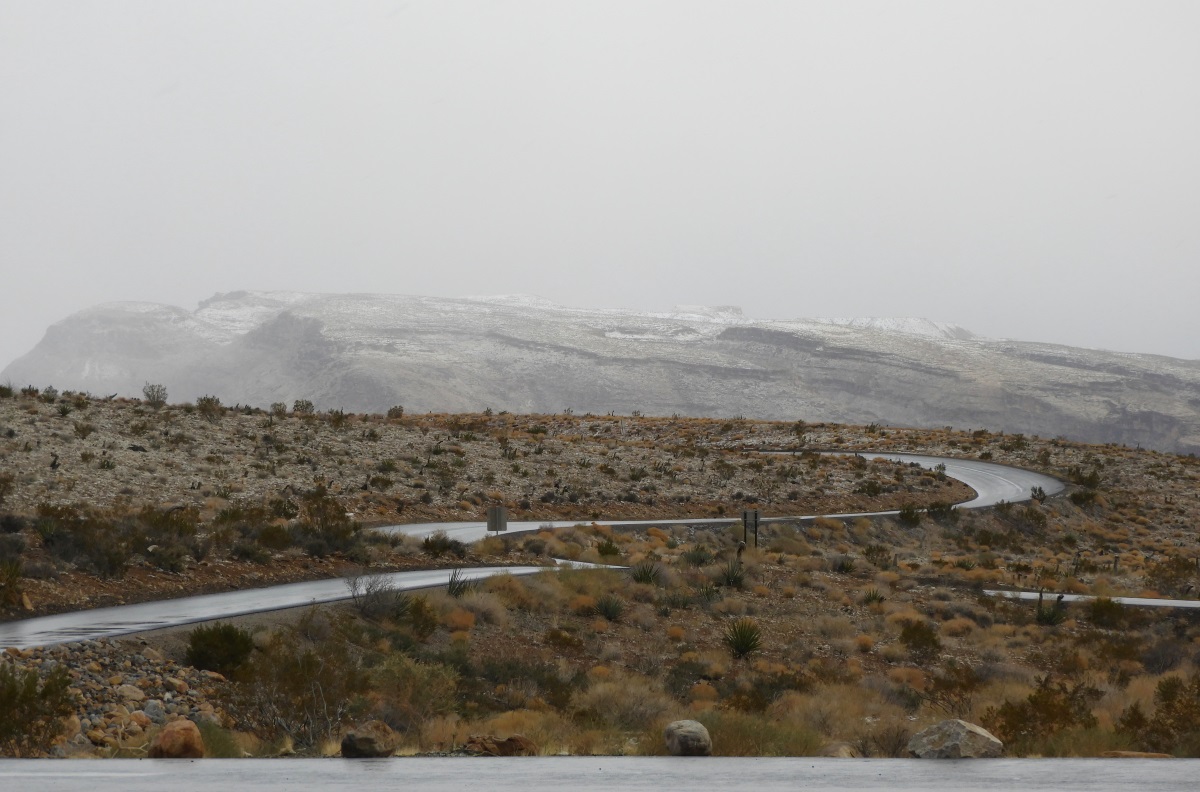 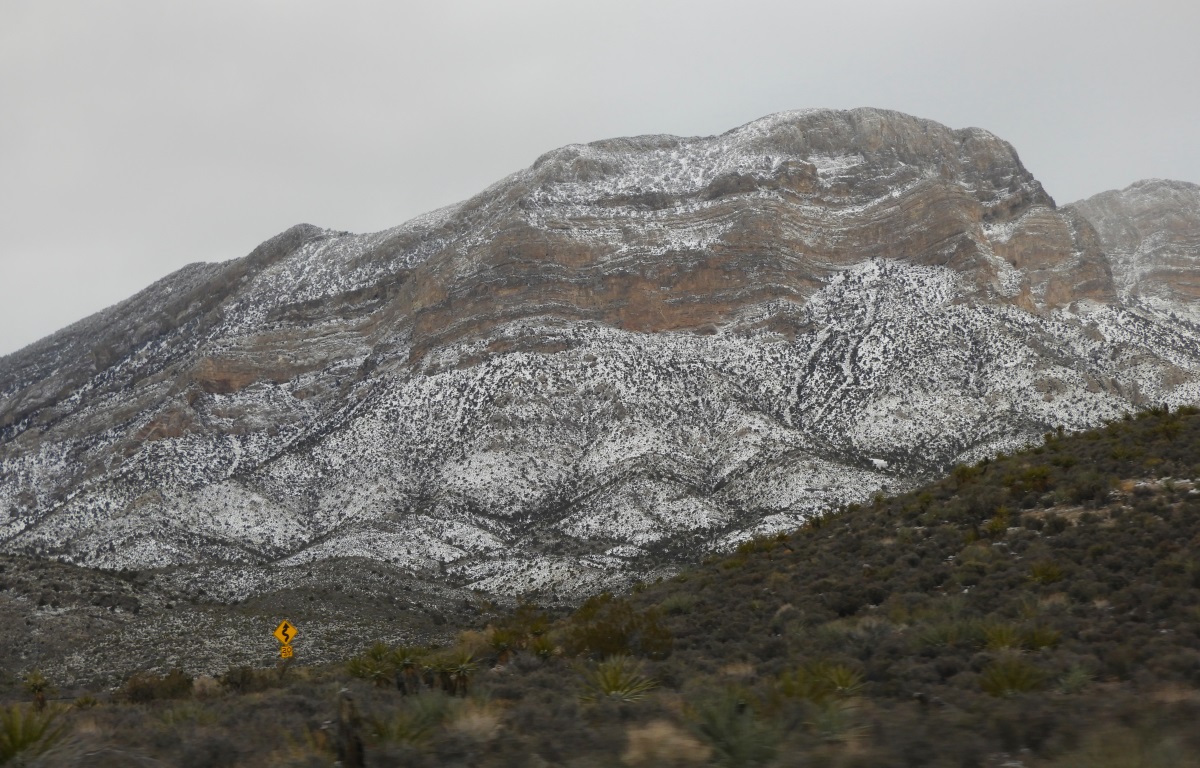 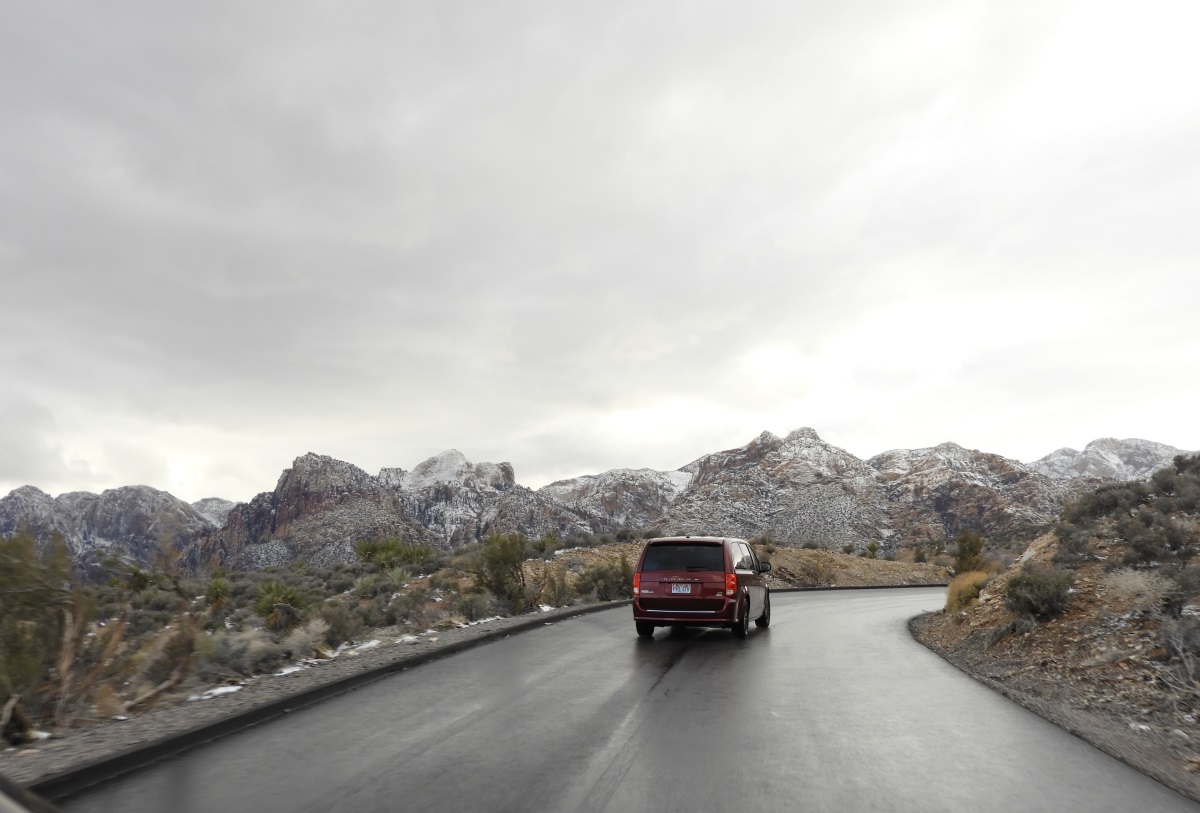 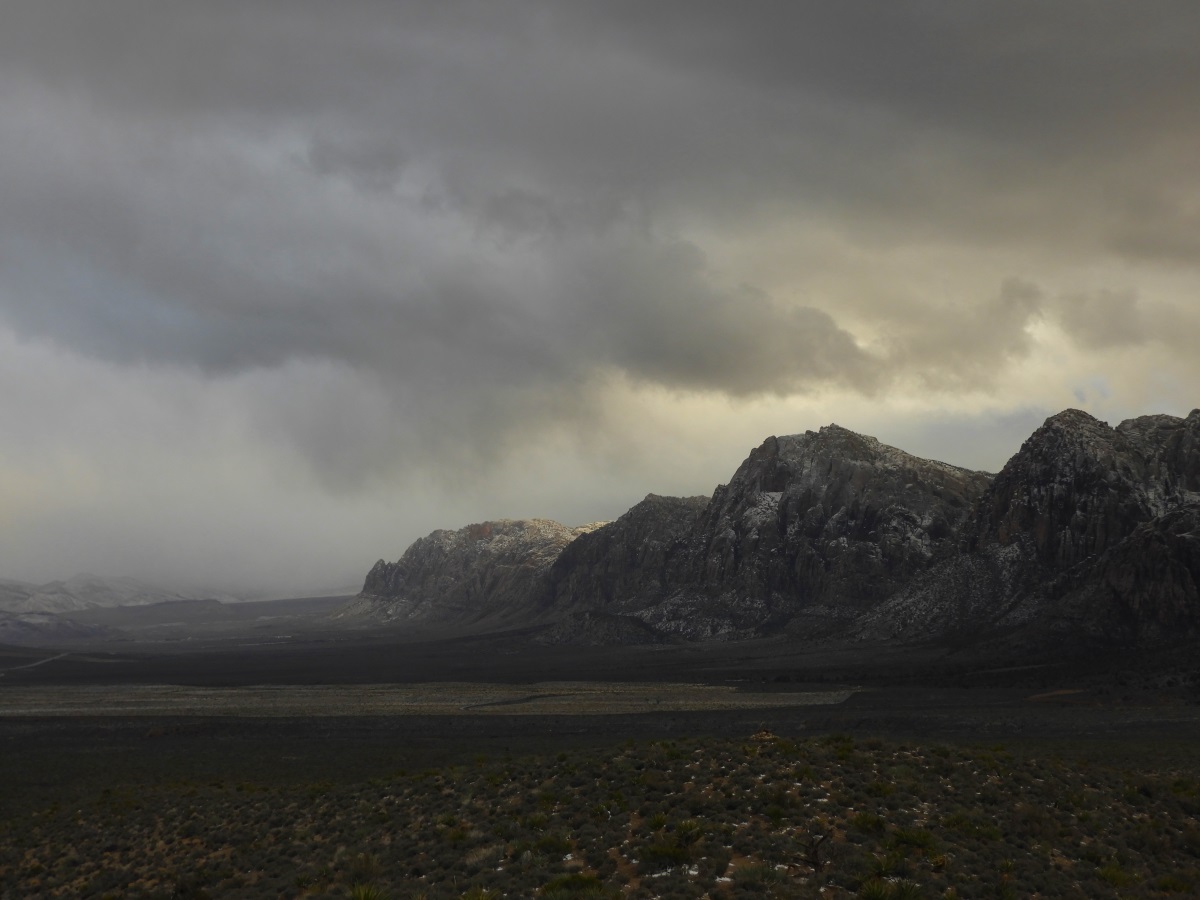 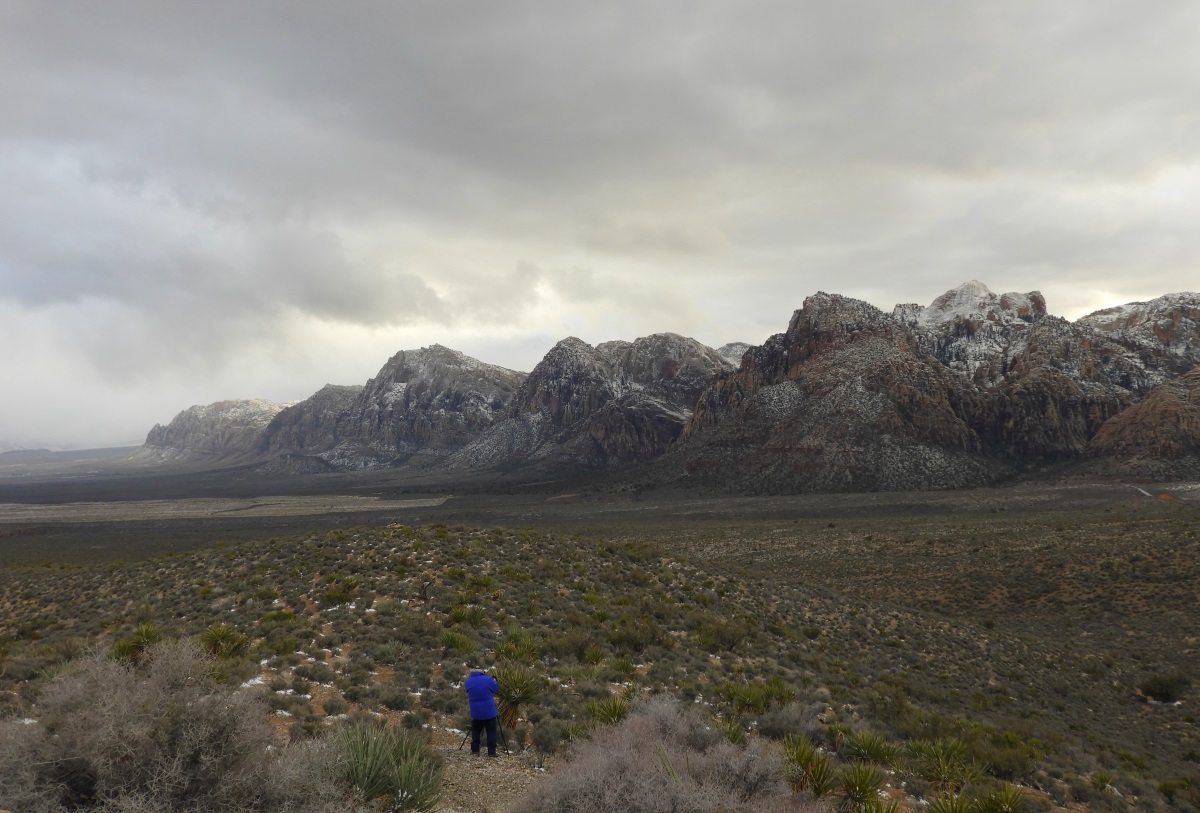 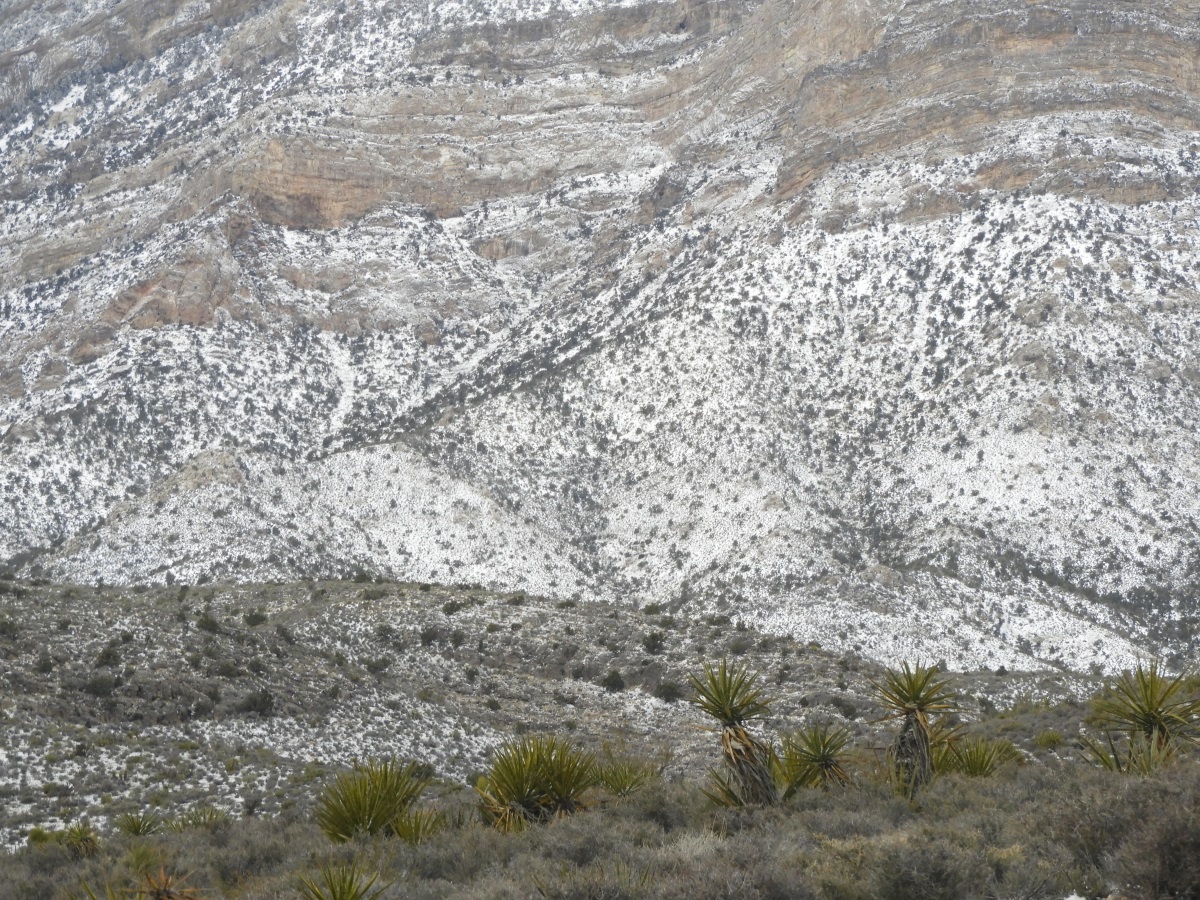 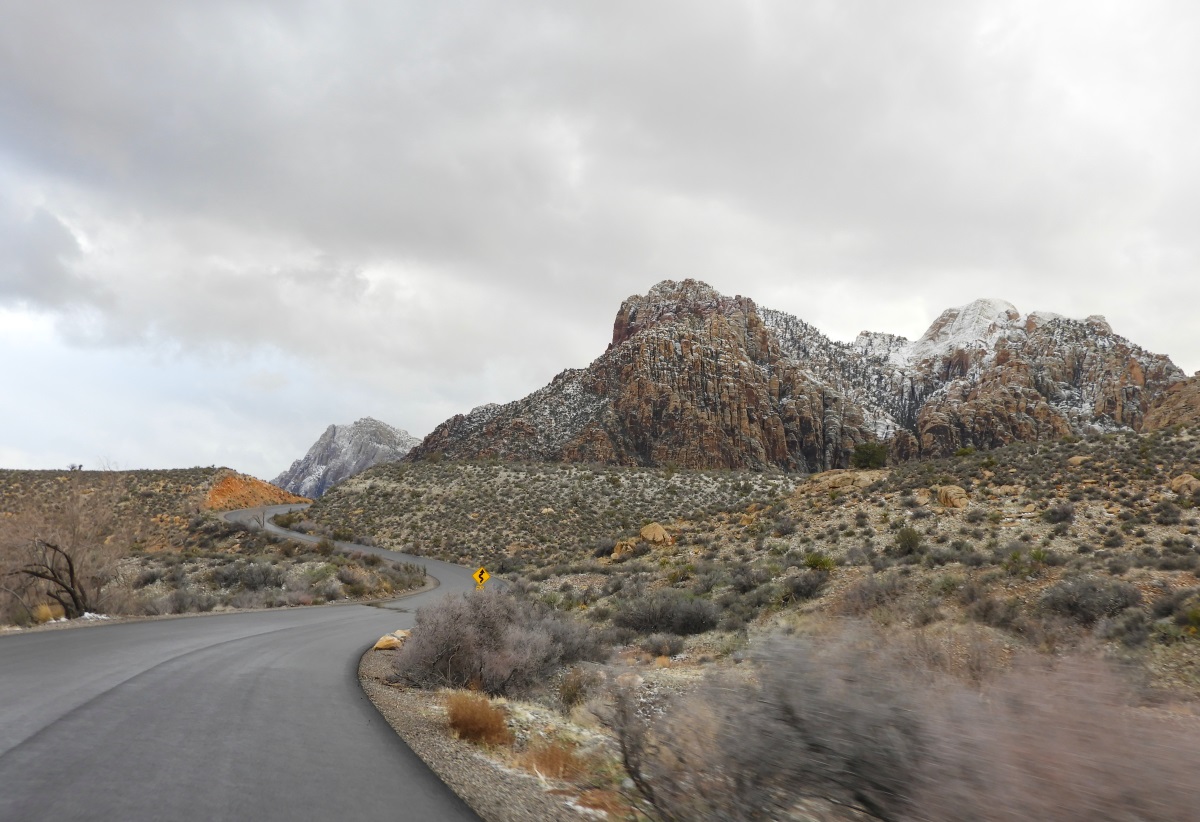 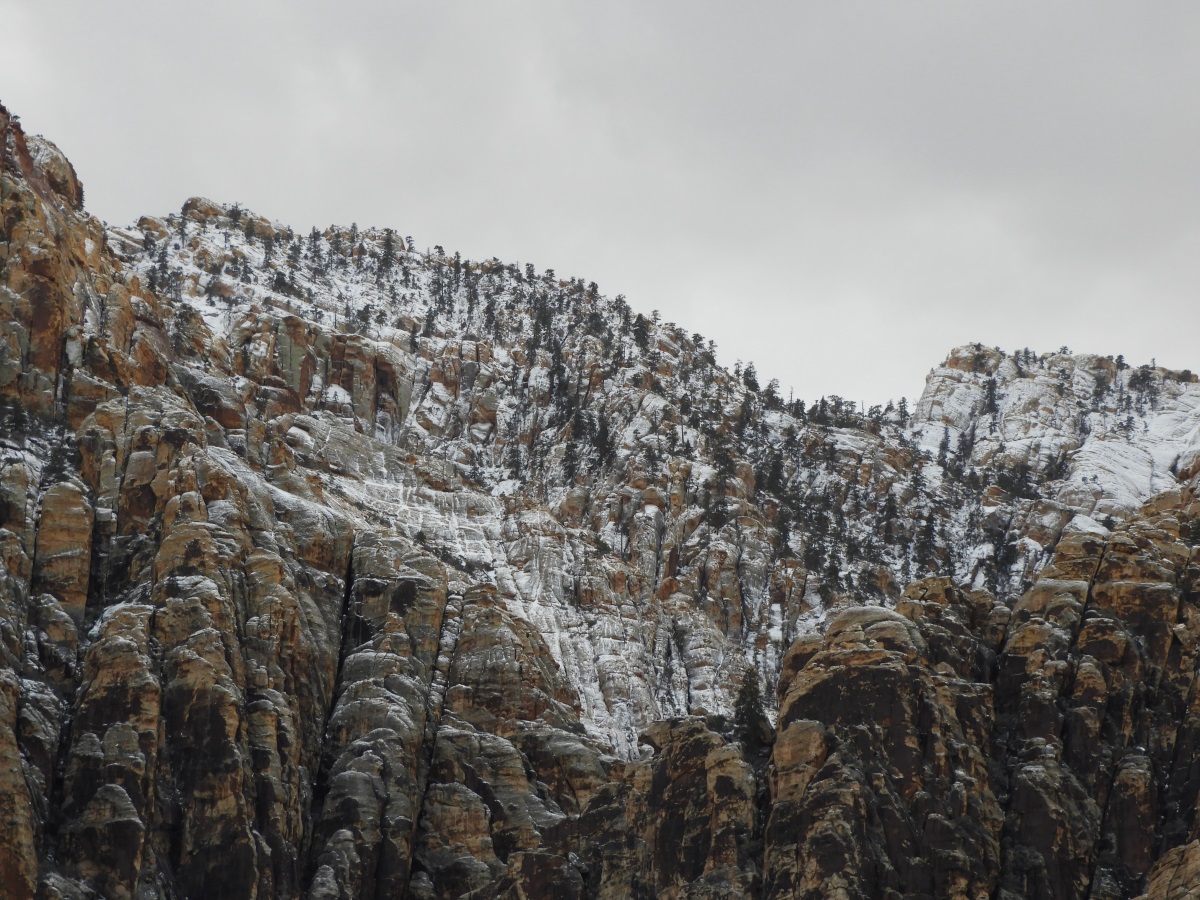 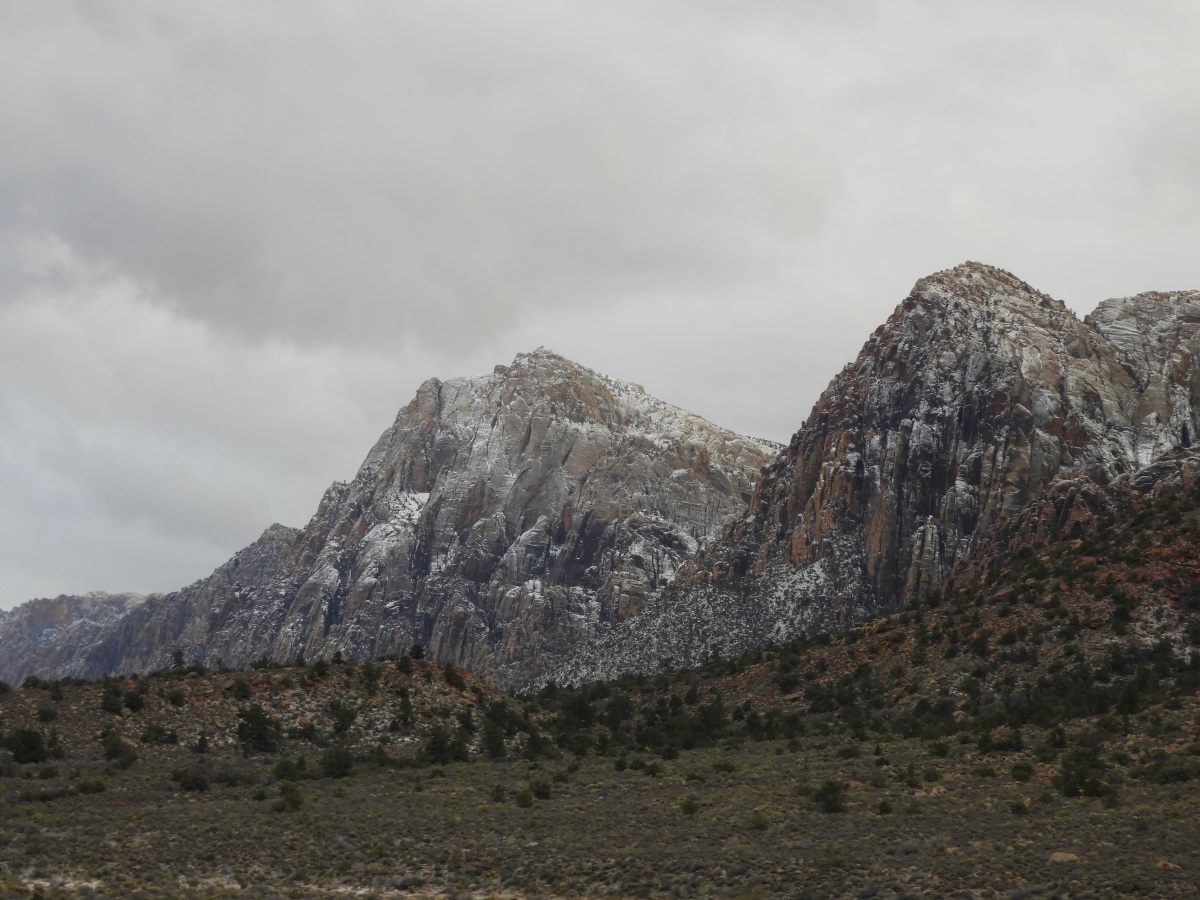 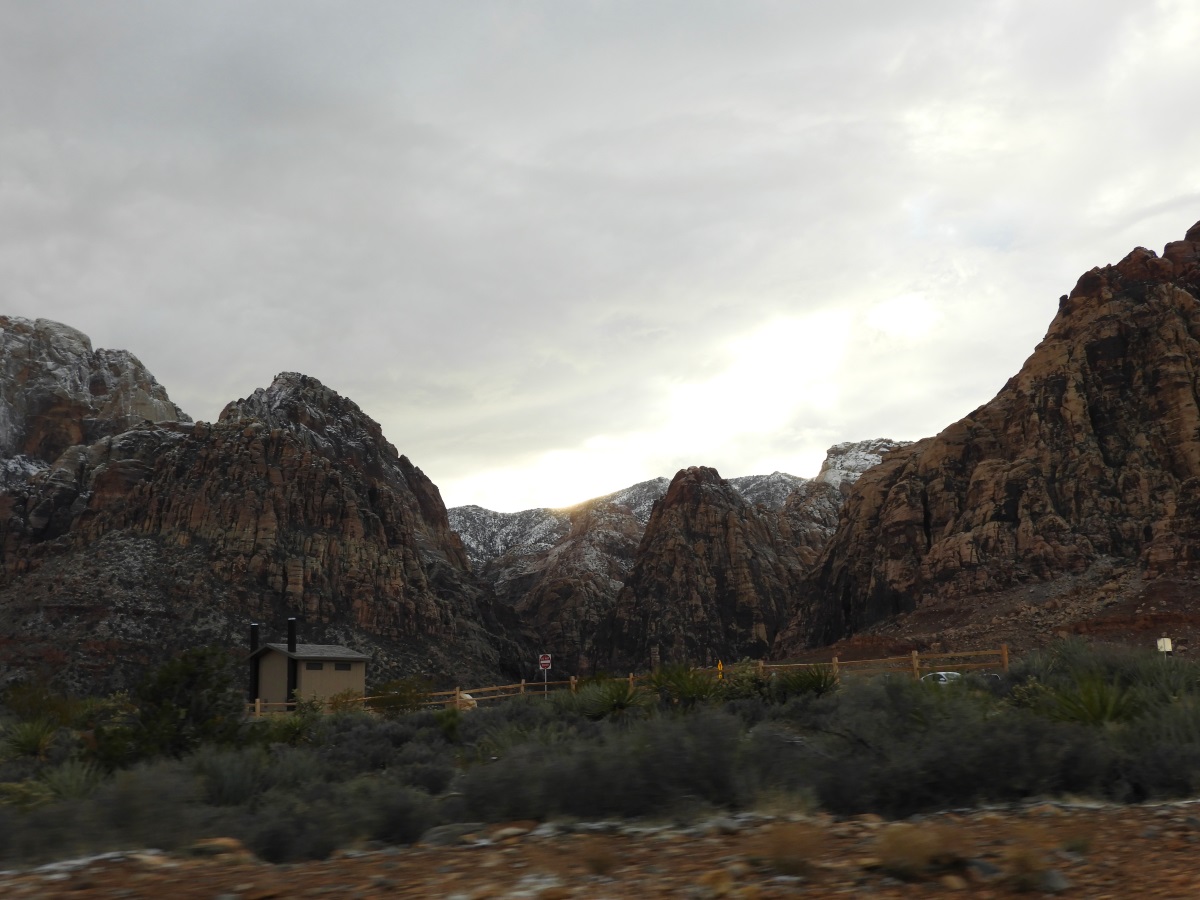 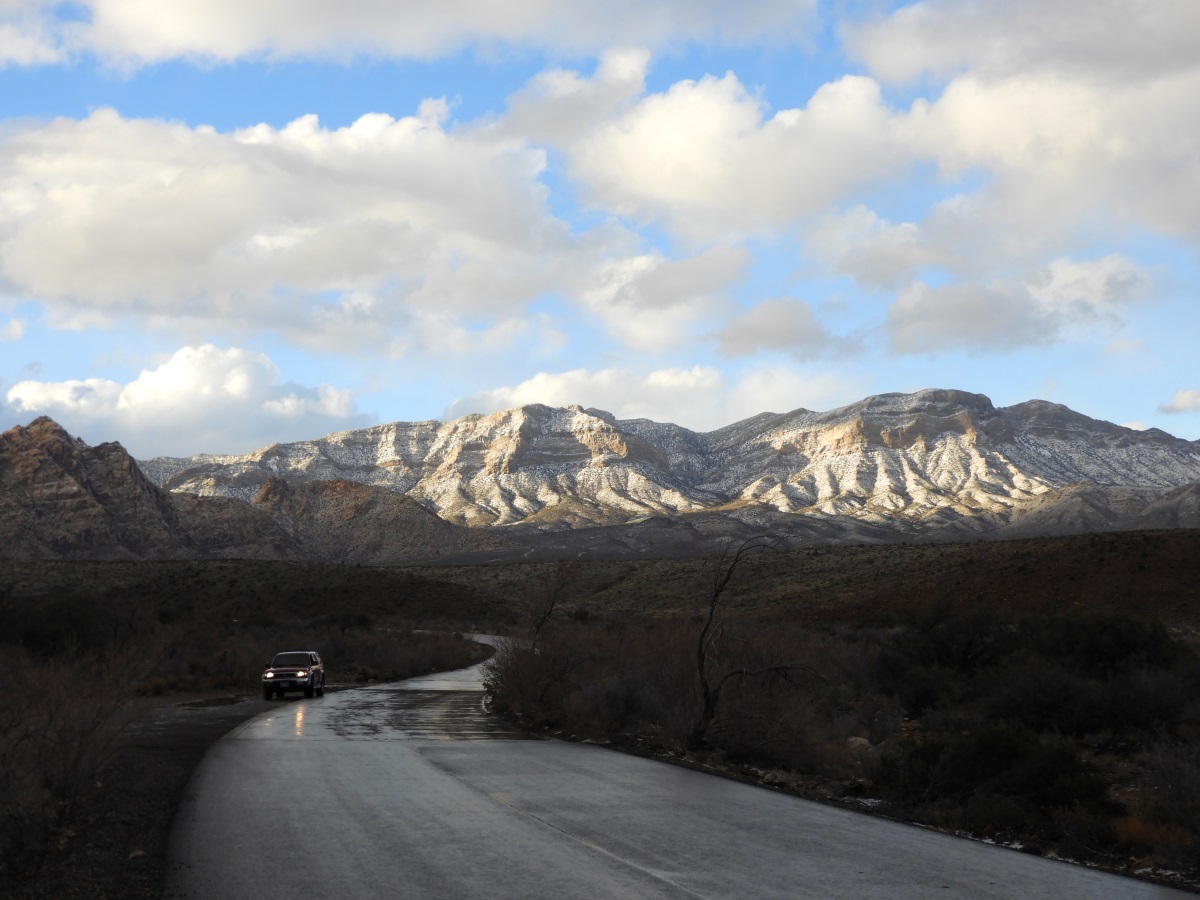 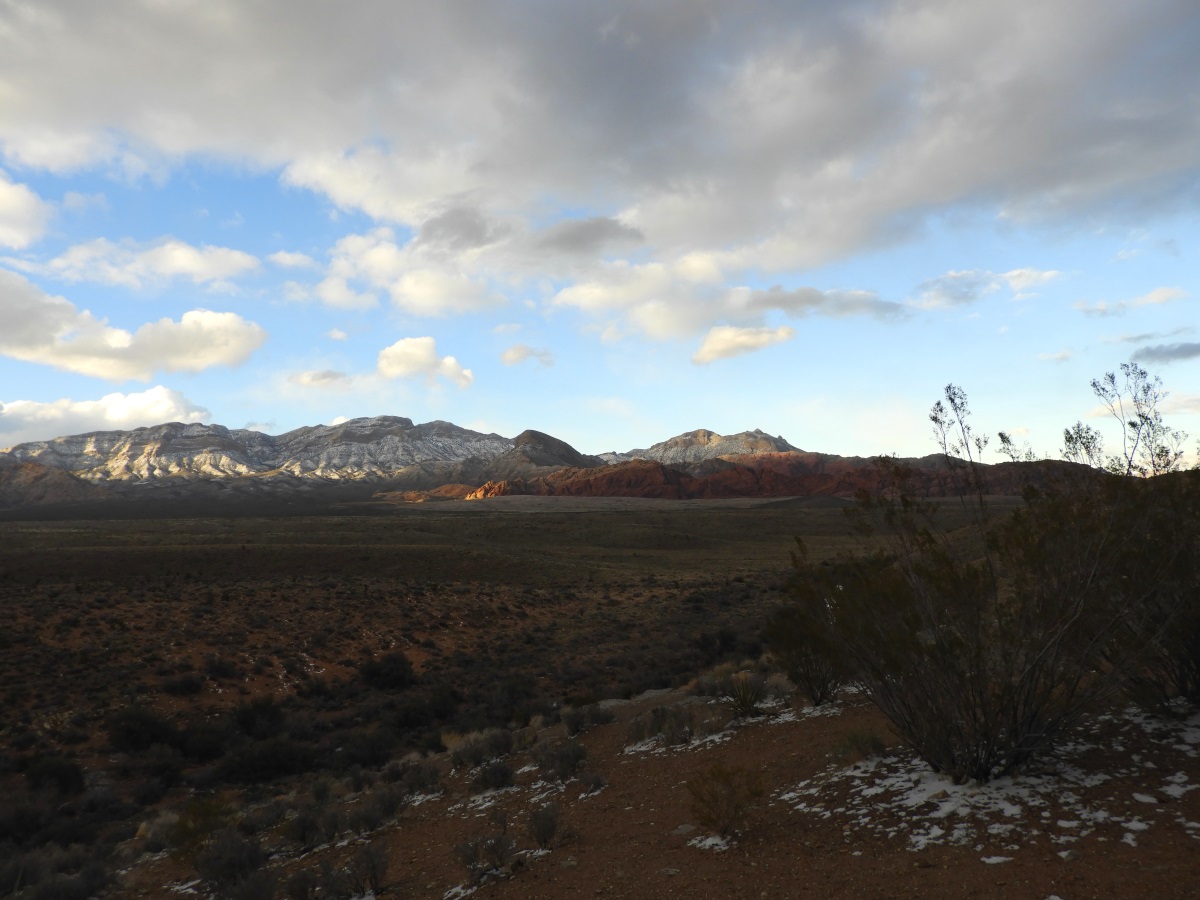 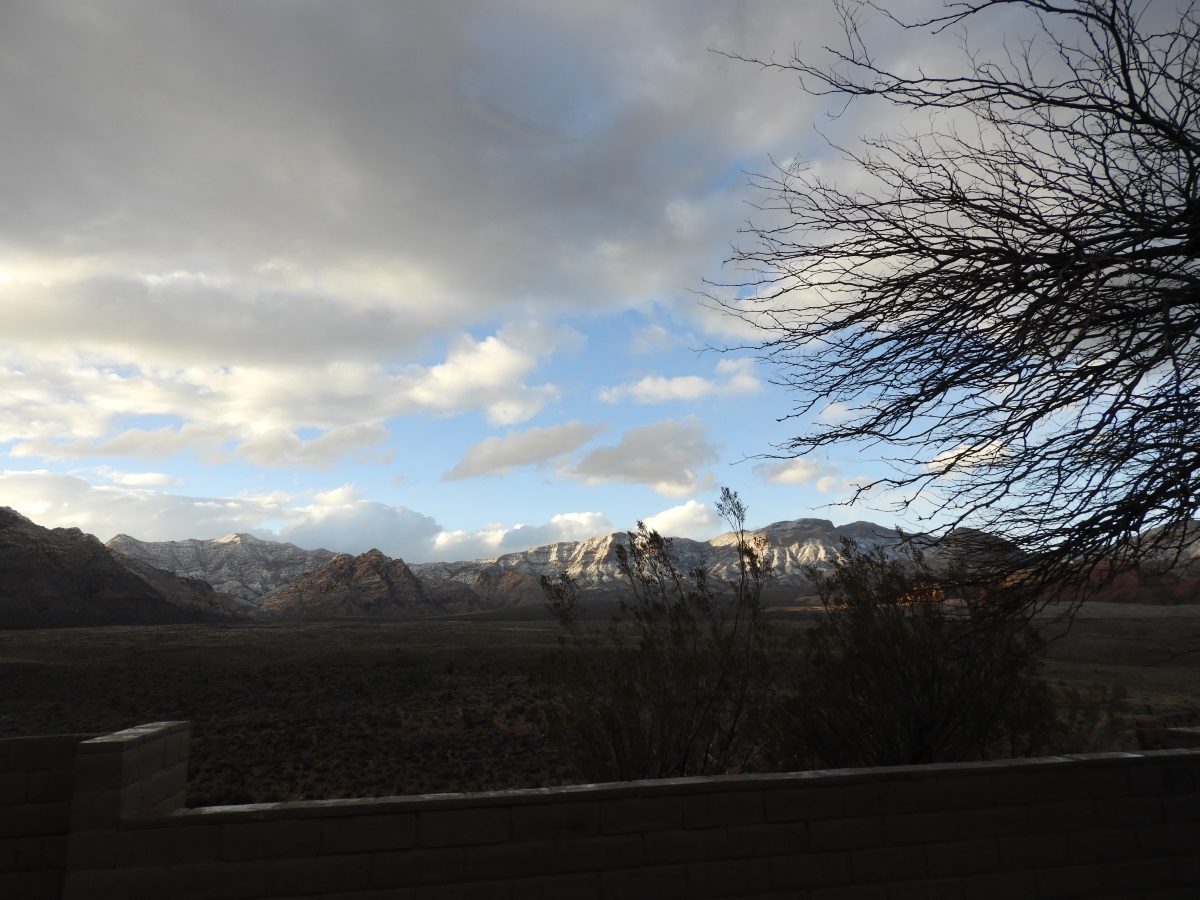 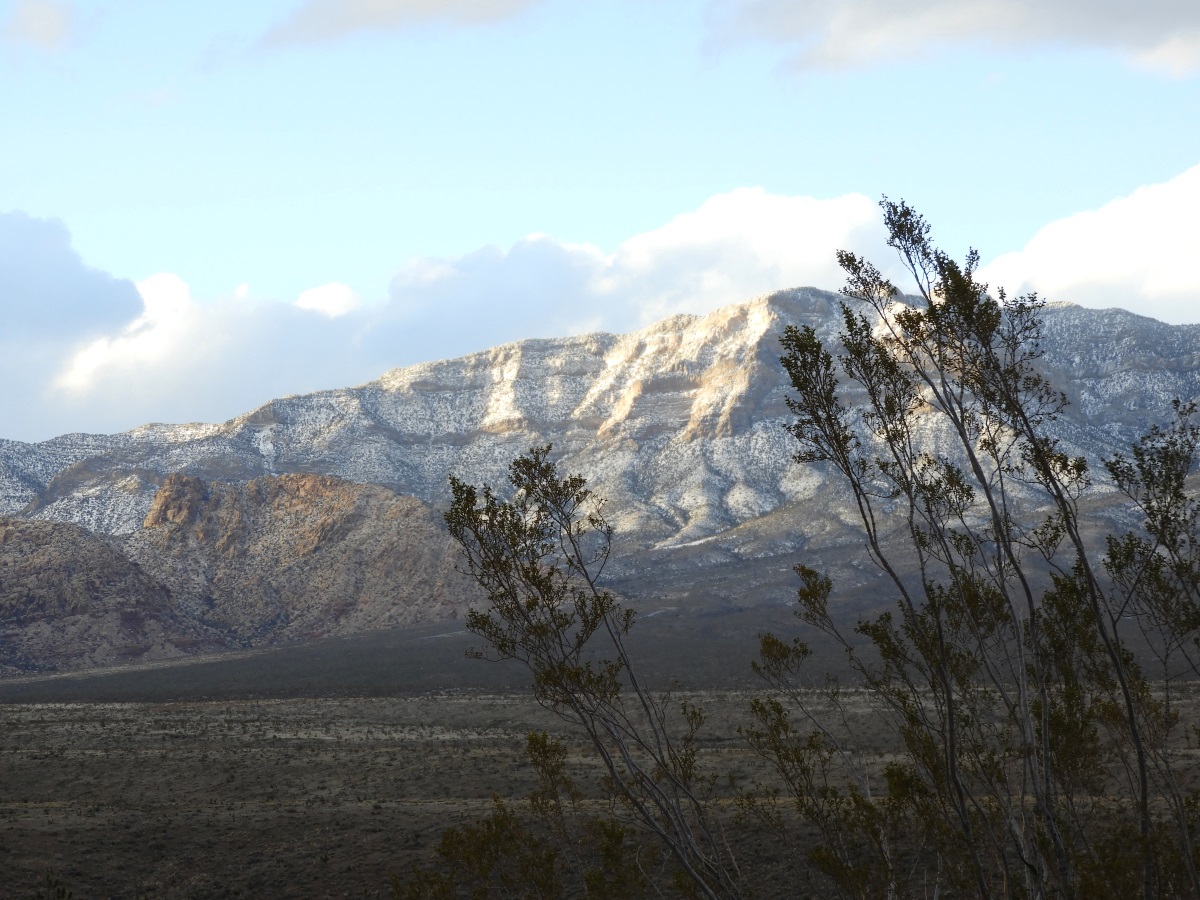 Here’s a video of it snowing at Red Rock…