Akaka Falls State Park in Hilo, Hawaii is a great spot to take a relatively easy hike through tropical terrain and to visit one of the tallest waterfalls on the chain of islands. The walk is paved, but there are a lot of stairs, and some steep inclines/declines that might make it slightly difficult for someone who is out of shape. That being said, if you’re a regular hiker, you’ll have no problem navigating the trail down to the falls and back and the views are quite spectacular!

It was rainy when we went, but in a way, the rain added to the experience. It ensured a nicely flowing waterfall and something about the pitter patter of raindrops falling on the leaves is absurdly appealing to me – I could listen to that sound all day – it’s incredibly soothing!

We encountered some wildlife on our trek, starting with the brilliantly colored roosters in the parking lot. It’s interesting, because usually roosters will fight one another over territory, but in Hawaii that doesn’t seem to be the case. Chickens are everywhere and it’s quite common to see multiple roosters hanging out side by side and maybe even sharing a meal in peace. I guess the island has a way of encouraging a peaceful nature.

Further along the trail, we spotted more birds and lots of little green lizards – similar to the anoles you see in Florida. One little lizard photo bombed JC as he was taking a pic of a bright red flower – it was quite hilarious, because he didn’t even realize that it had happened until we were back on the cruise ship, hours later, looking through our photos!

Speaking of flowers…there were so many beautiful flowers that I had never seen before! Every inch of this trail is literally dripping in plant life and as a nature lover, it’s almost difficult to take it all in at once!

I really enjoyed this trail and would love to walk it again if I’m ever back in the area (fingers crossed)! 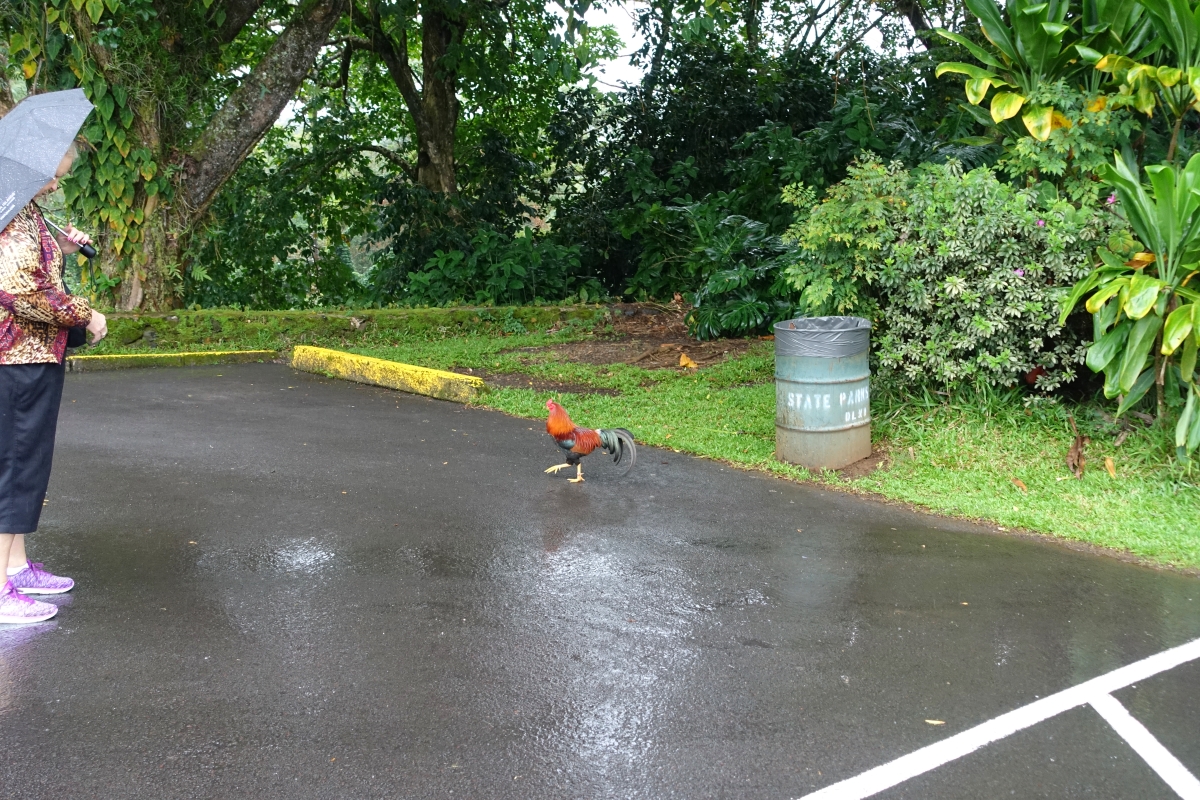 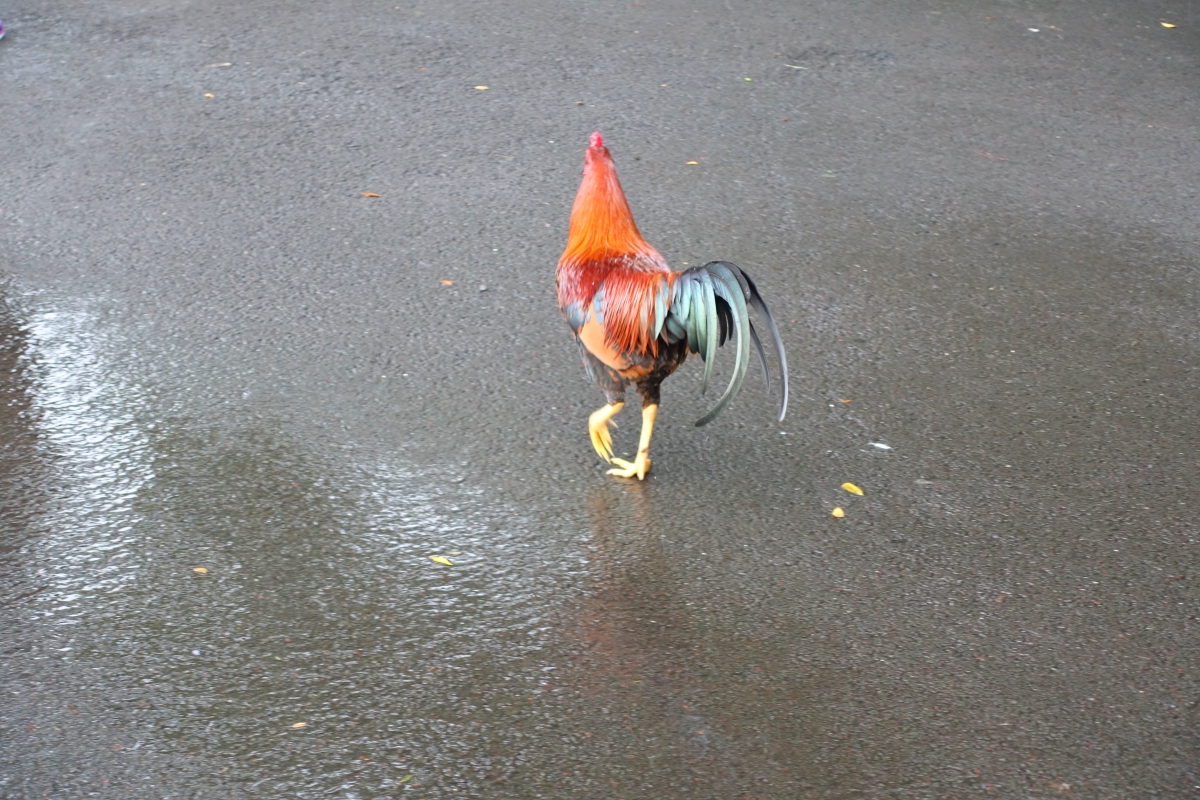 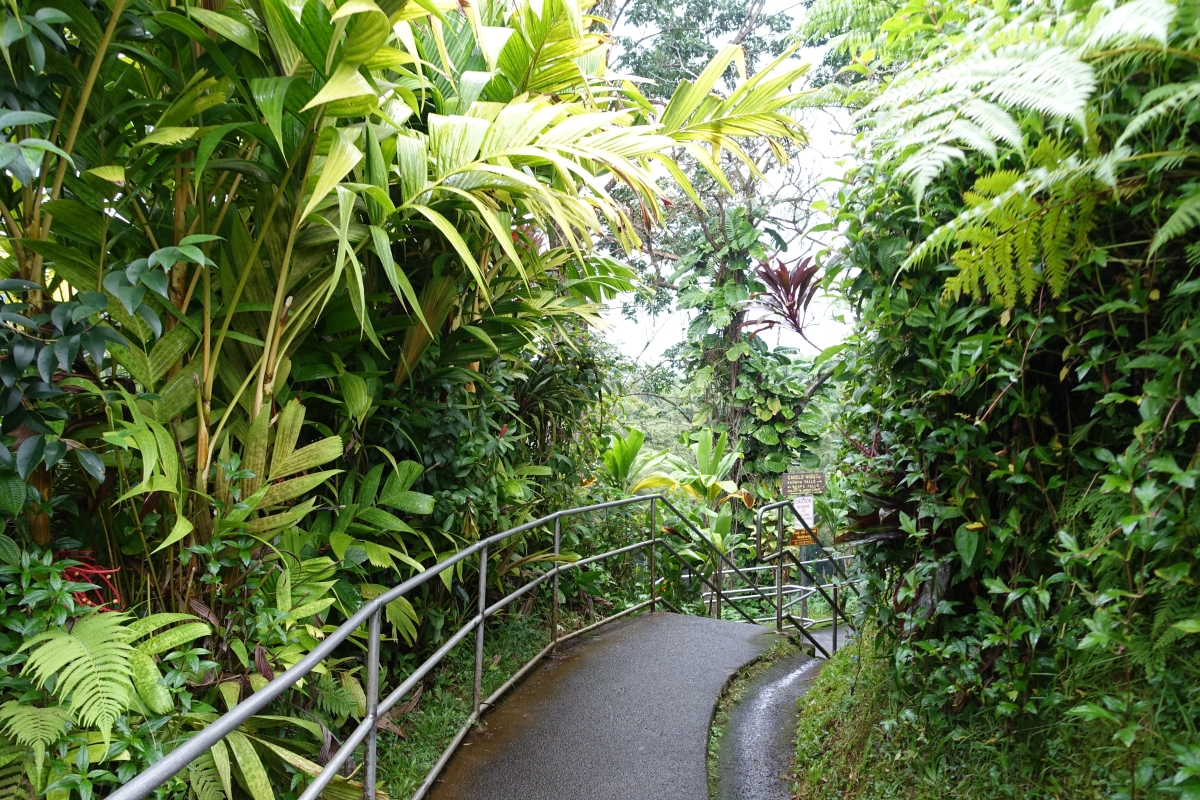 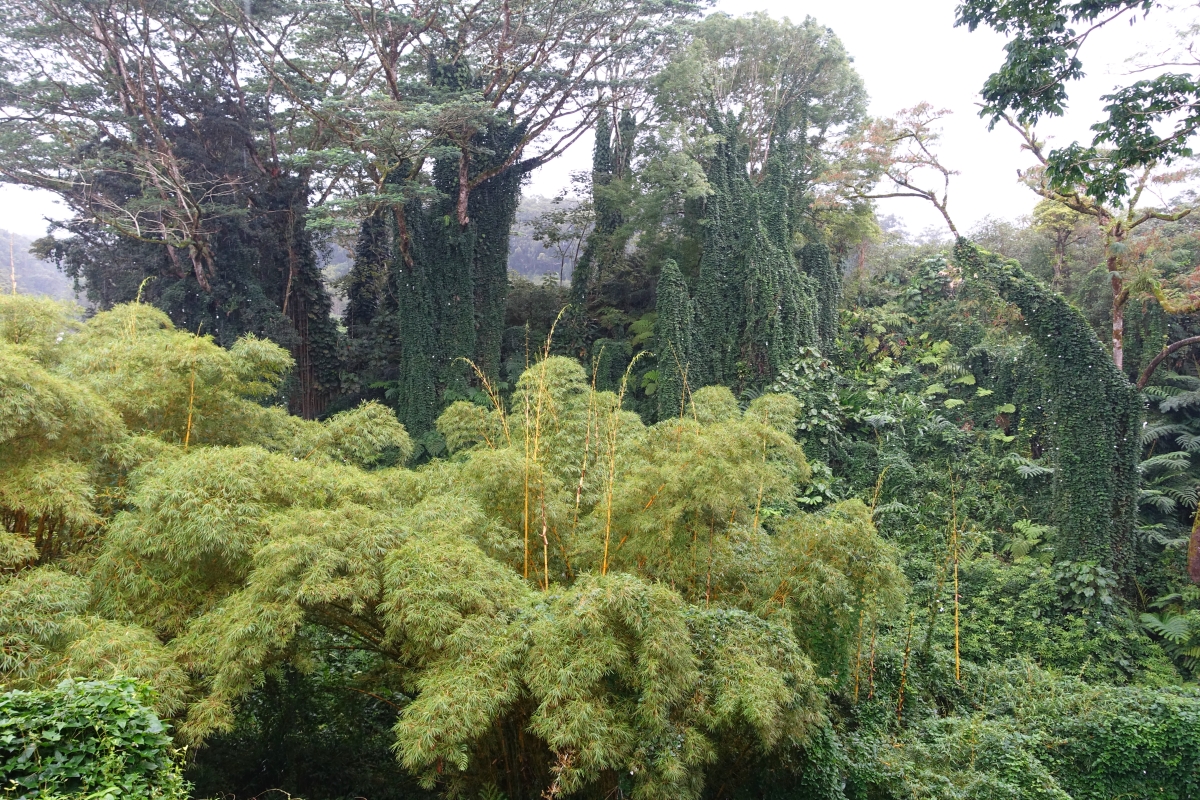 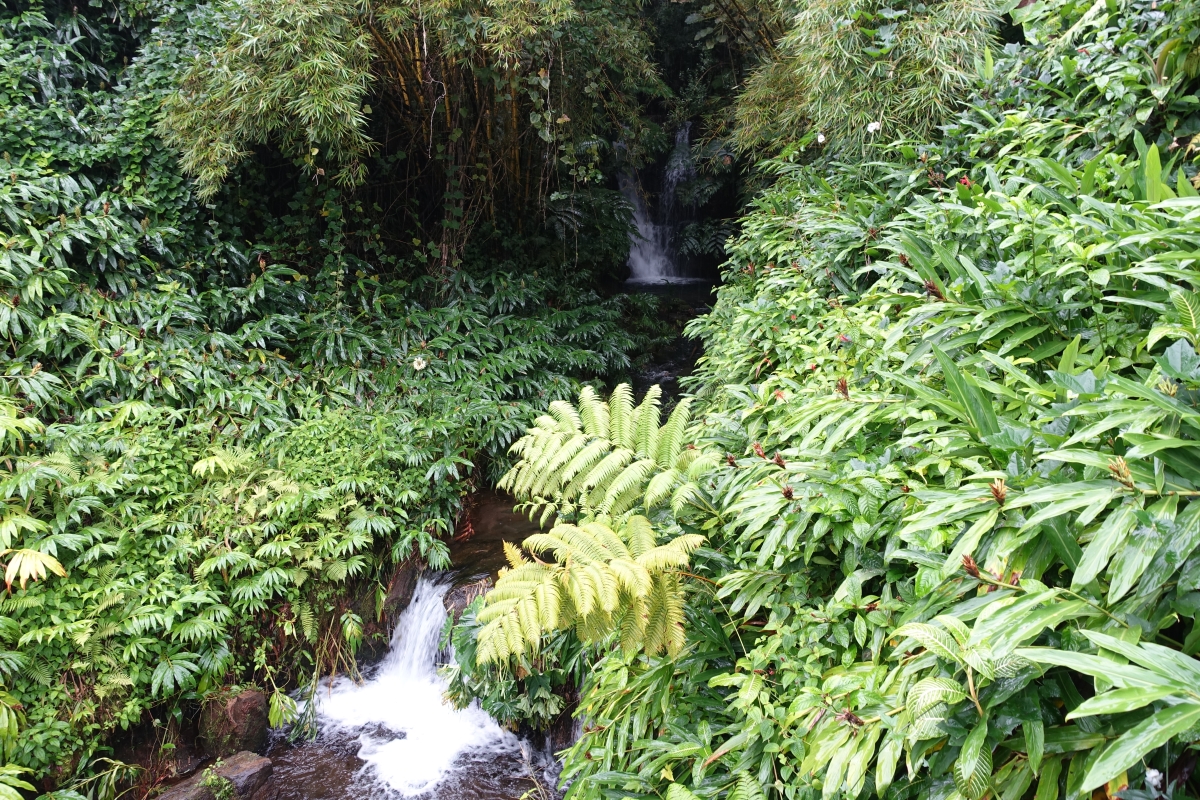 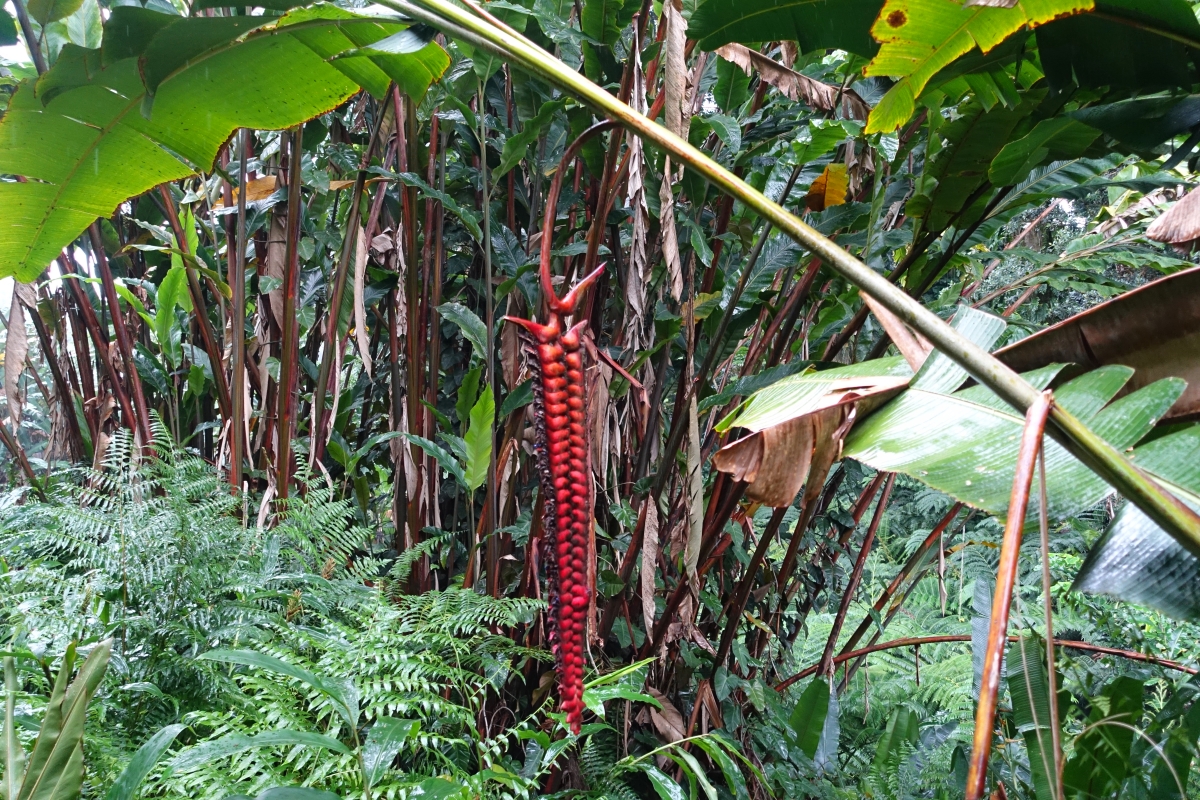 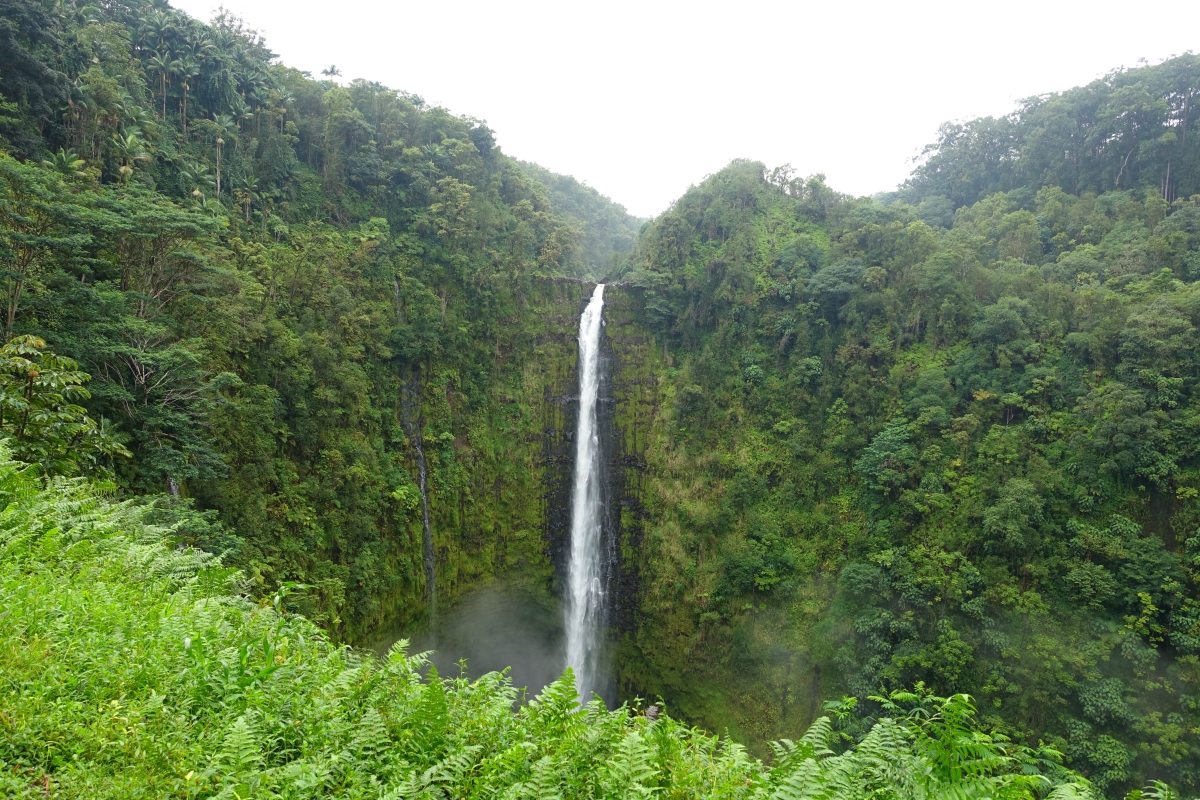 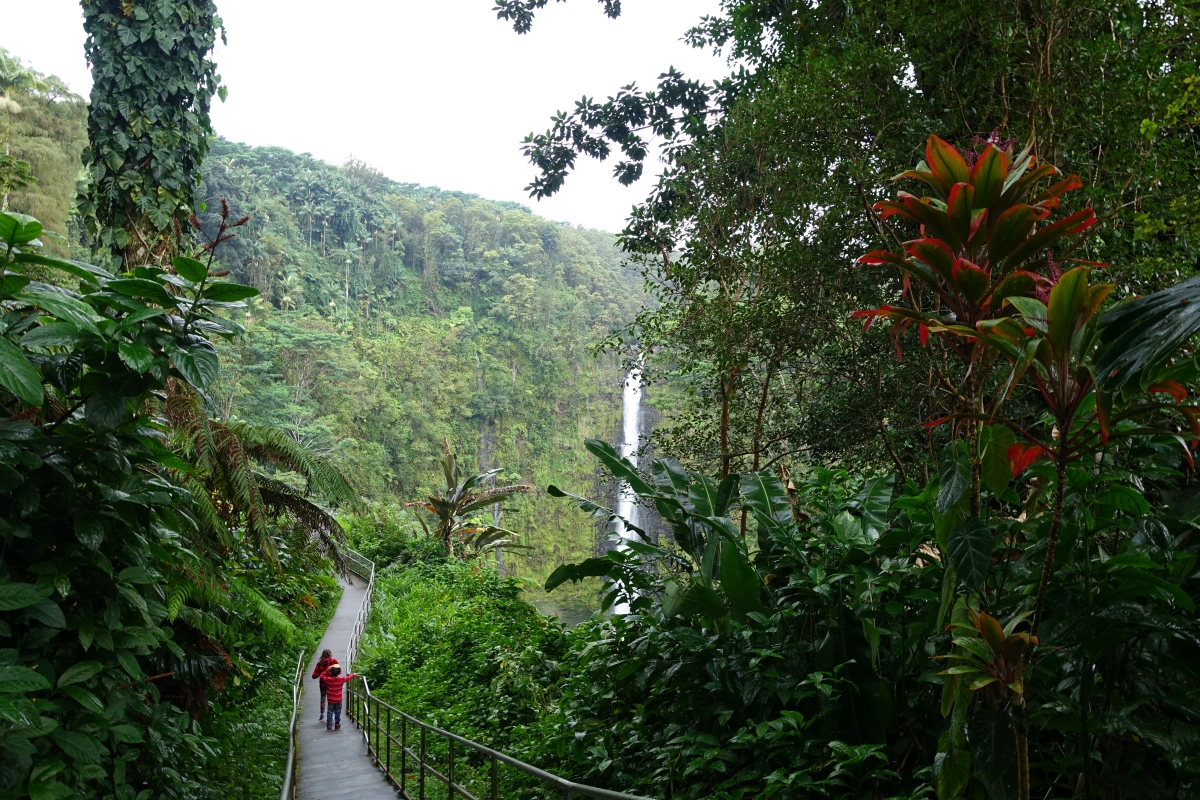 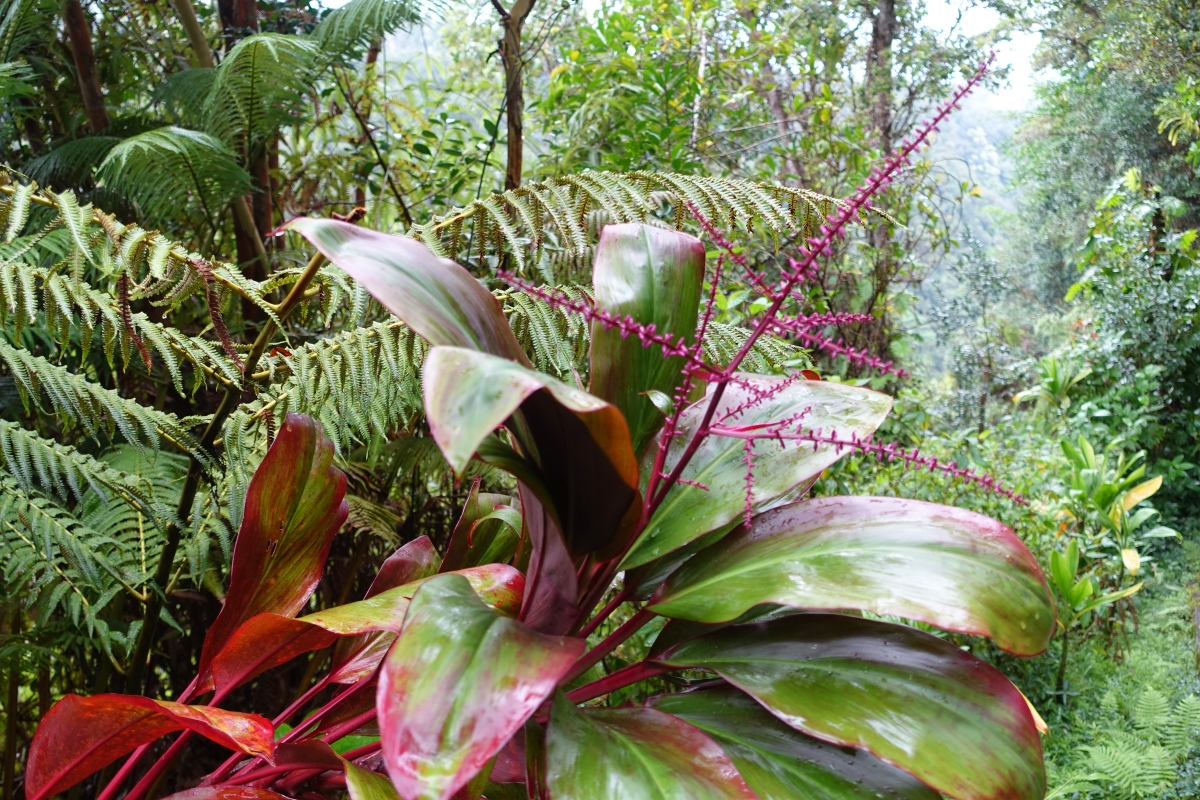 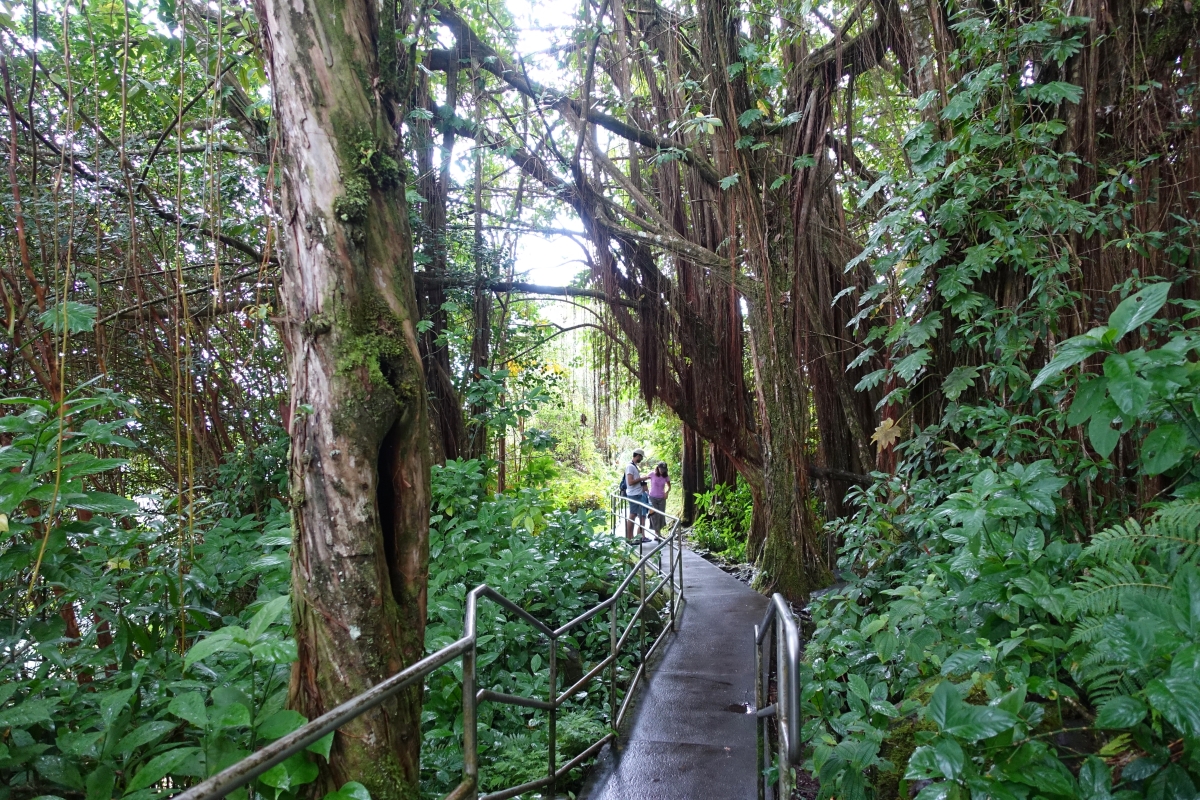 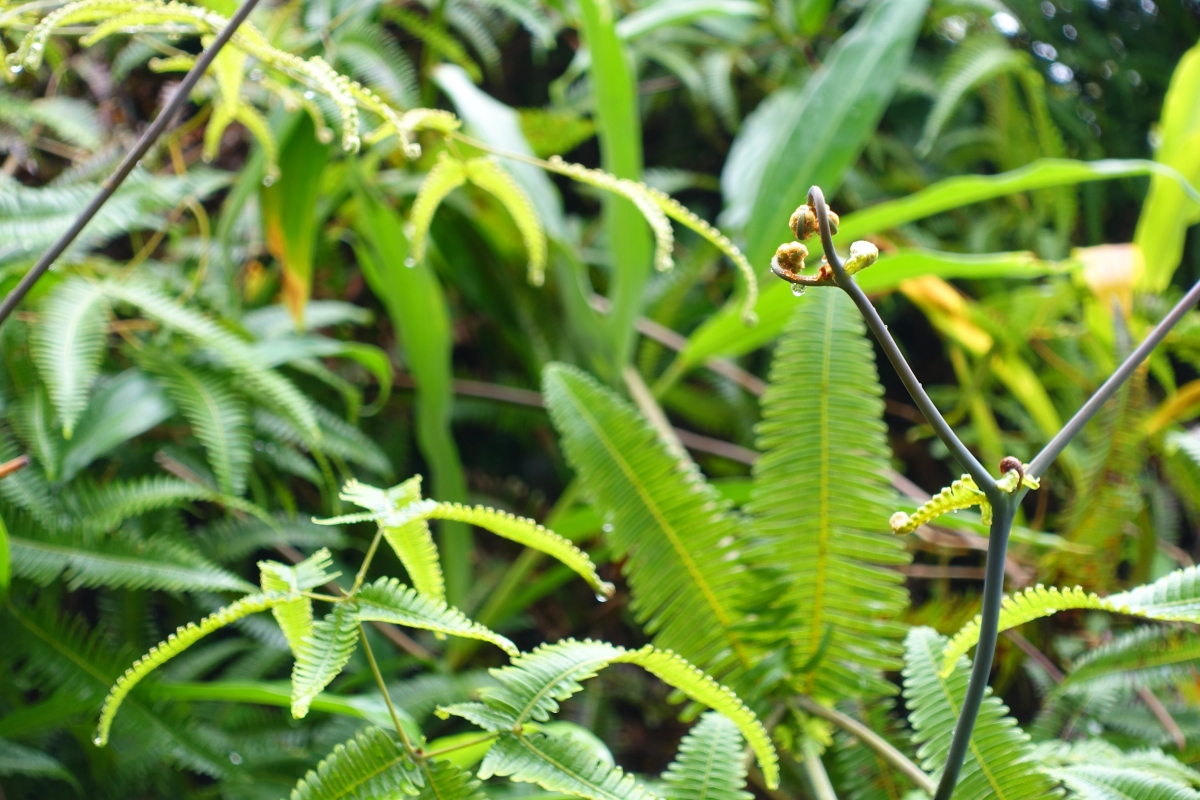 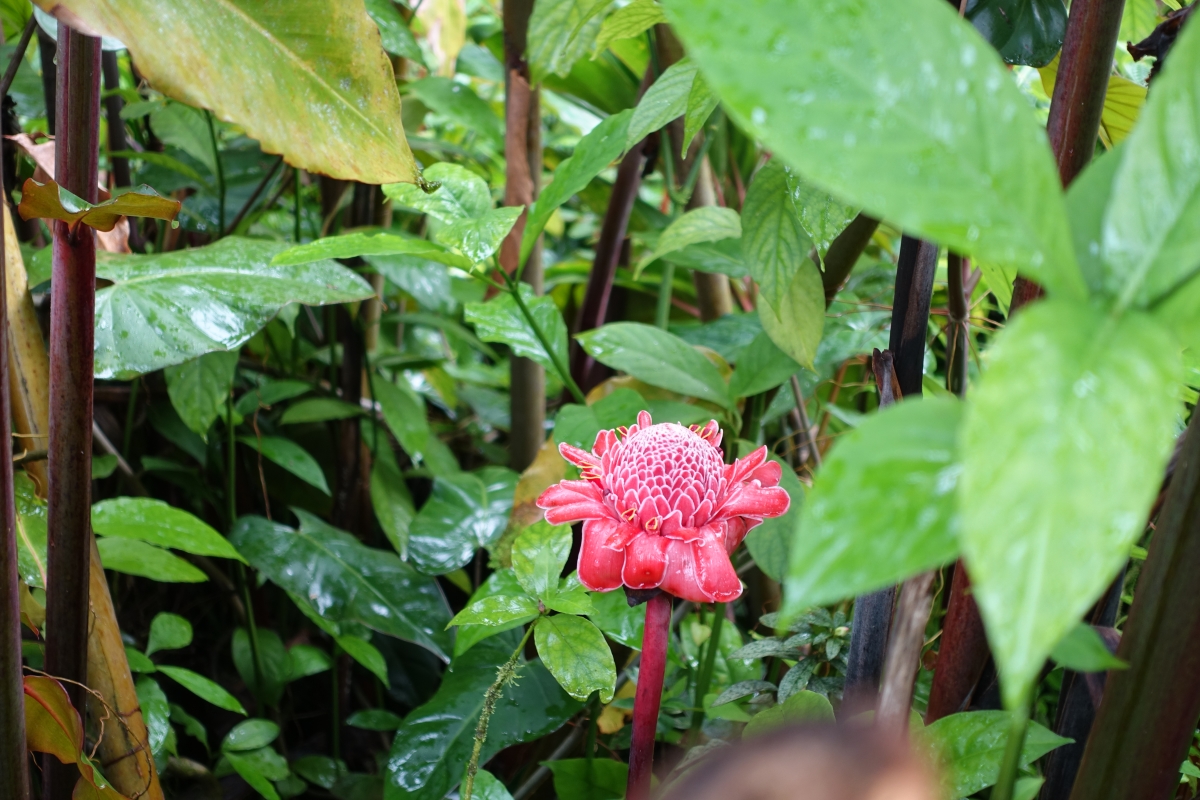 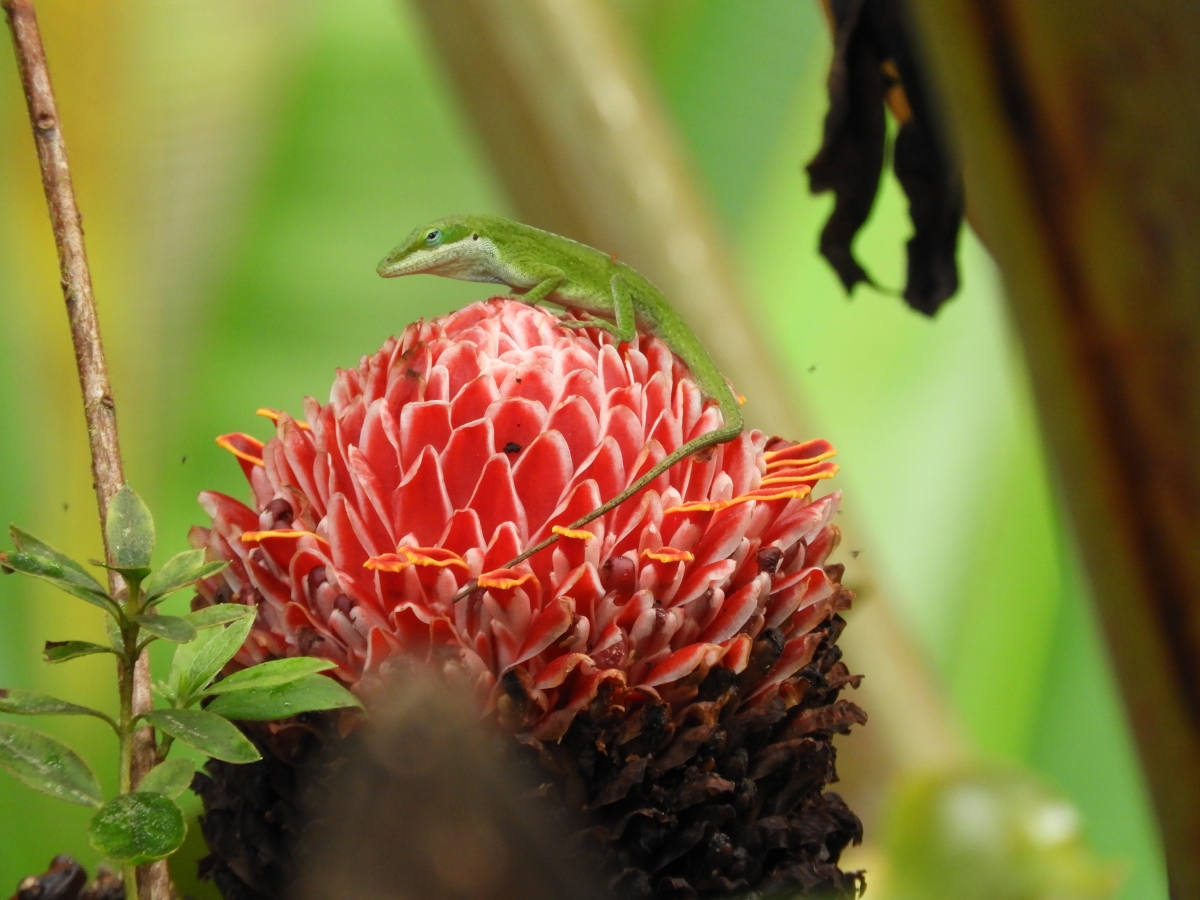 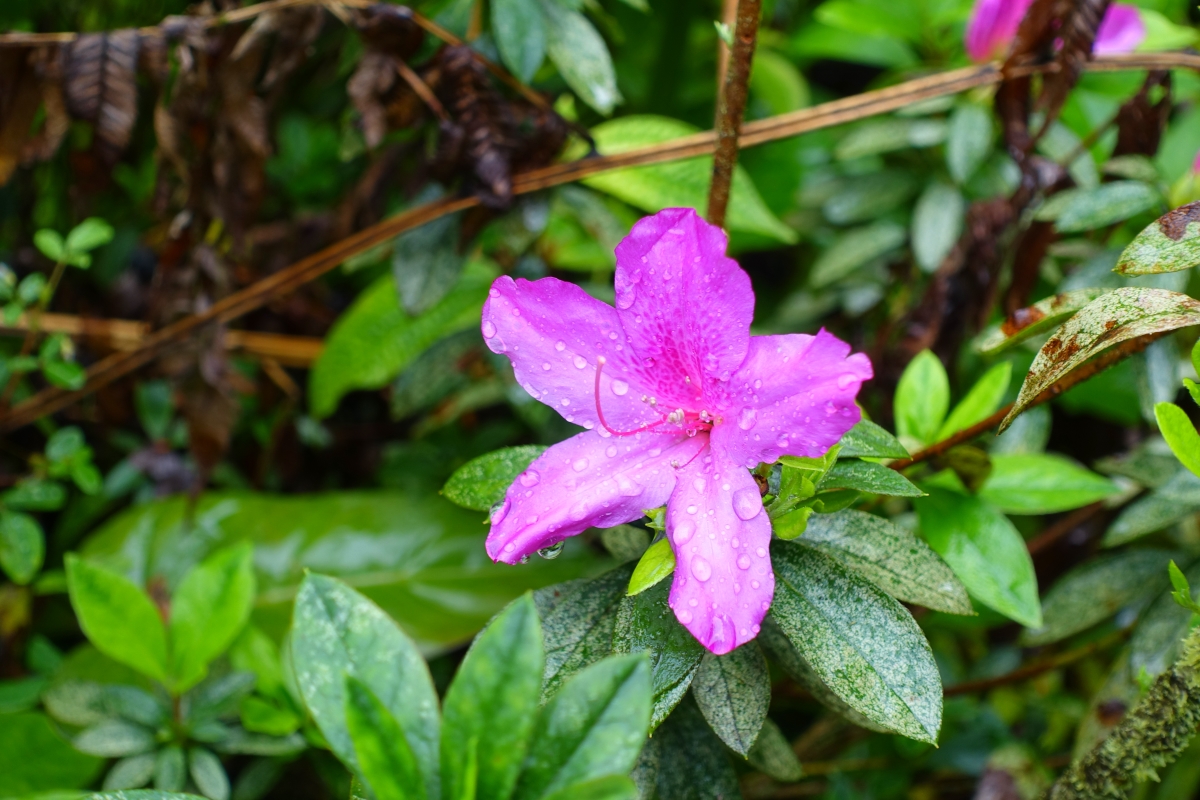 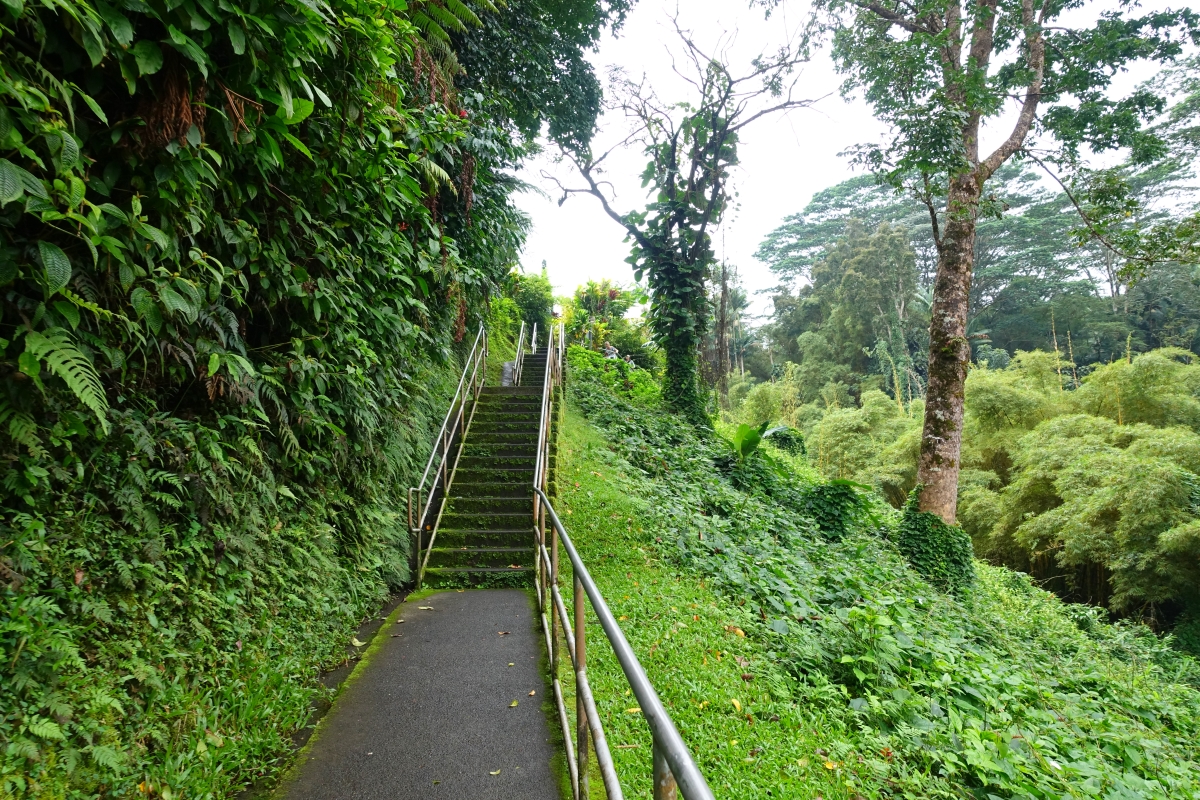 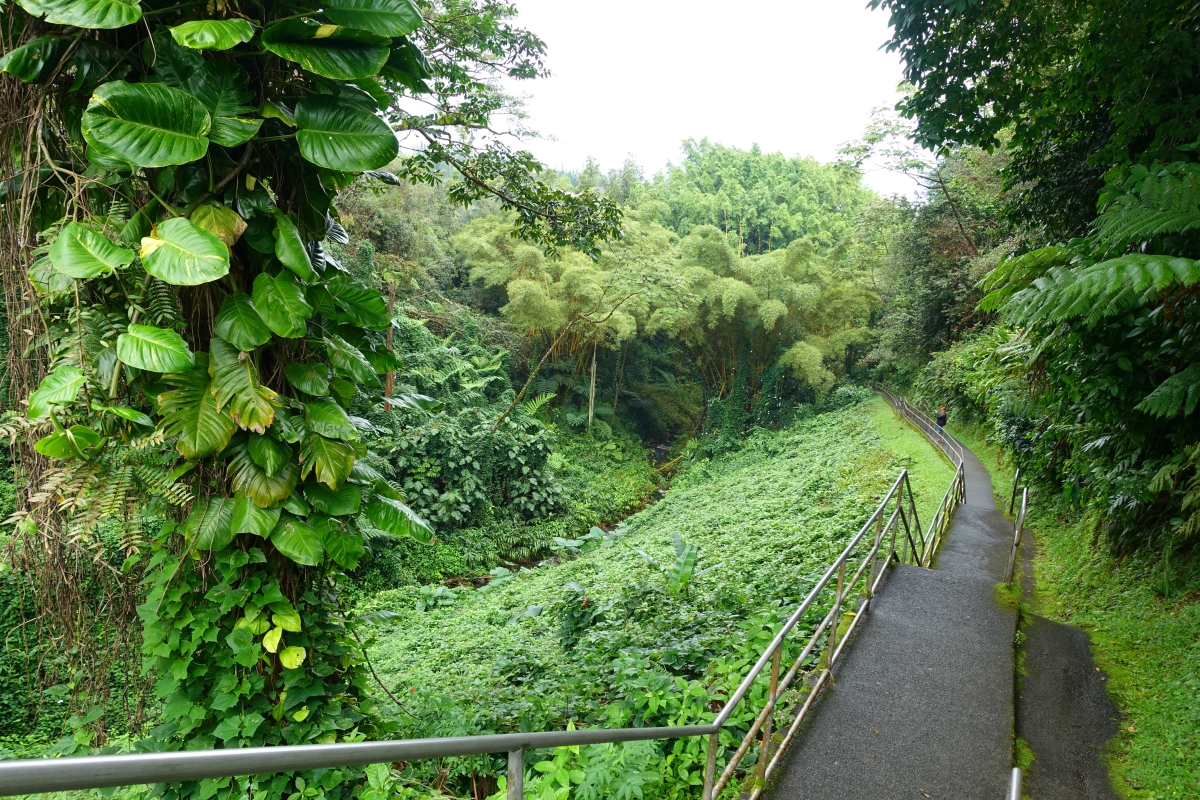 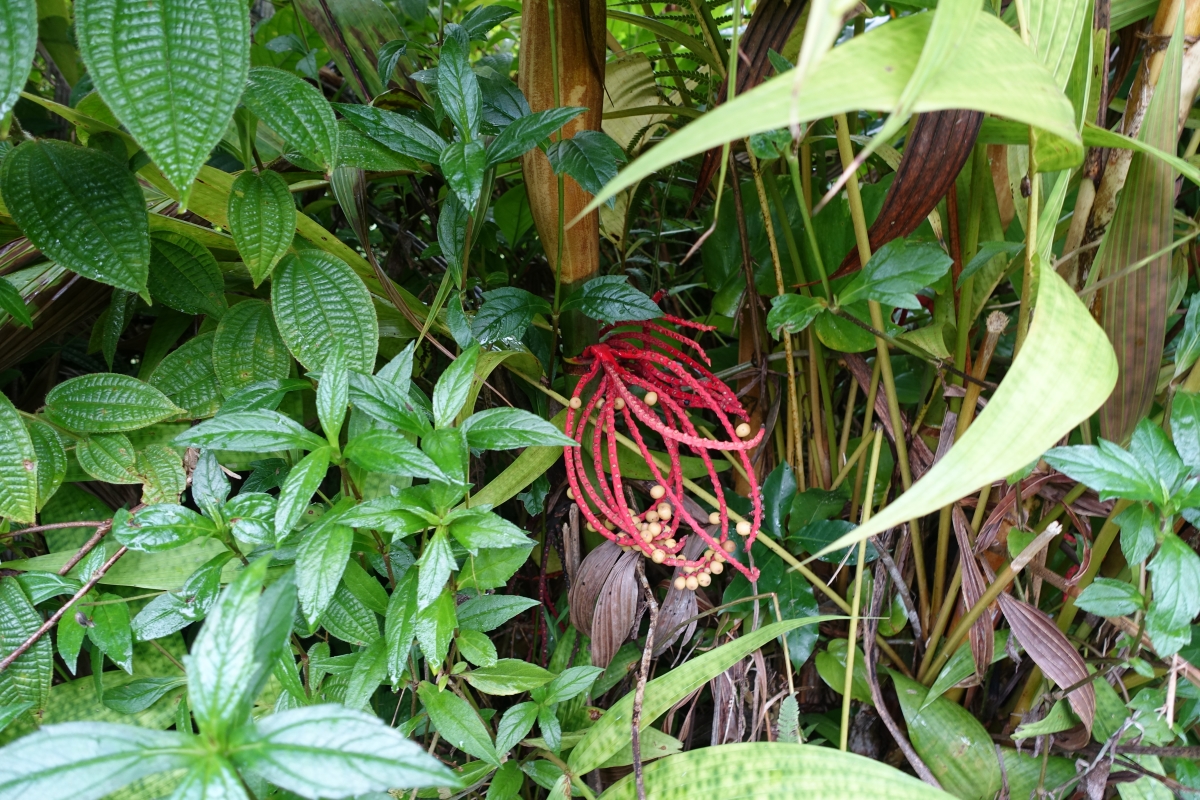 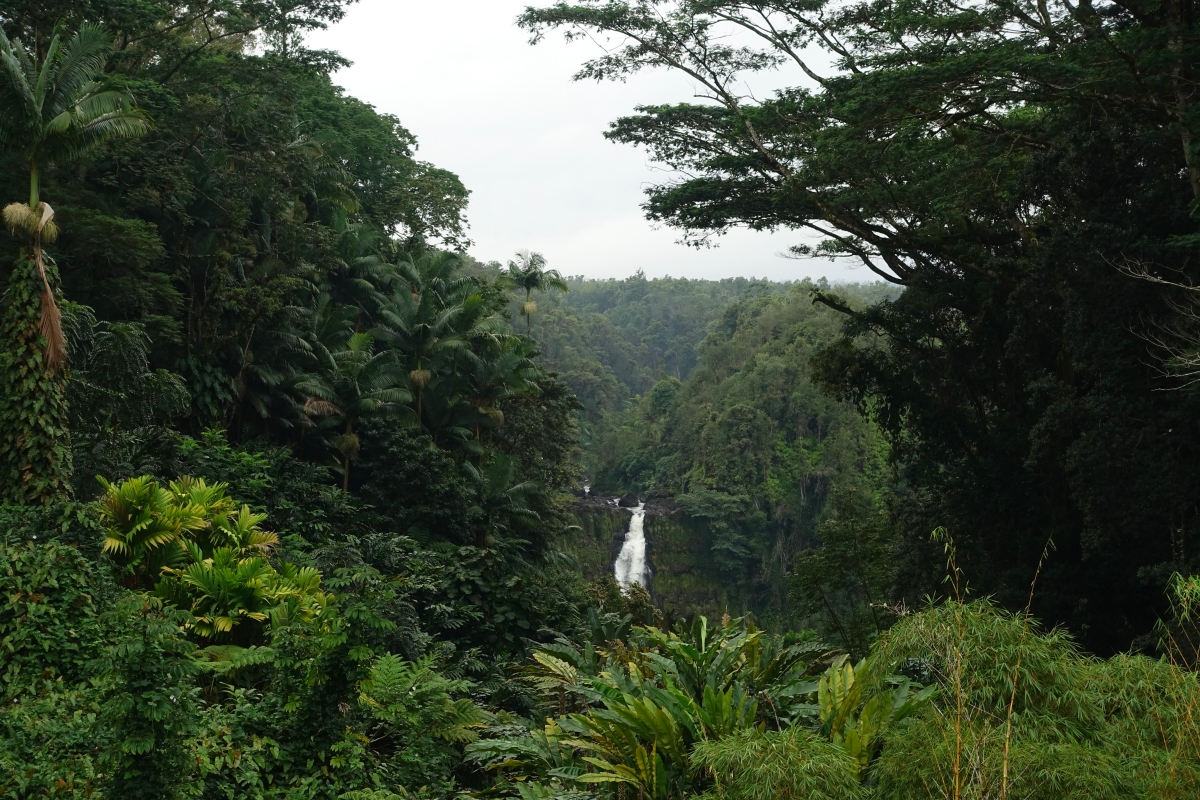