A Rainy Day in Nova Gorica

When we woke up today, it was to the sound of rain. Anxious to get out and explore the town of Nova Gorica, we snuggled up under an umbrella and managed to stay semi dry as we went for a walk around the town. Our first stop was for supplies and so we headed to a nearby gas station, which was actually a really fun stop because, A) they had sugar-free Red Bull, and B) there were a ton of candies and snacks that we had never heard of before.

Later in the day, the rain tapered down a bit and during a rather long dry patch, we practically skipped our way to a nearby restaurant that a few people from our group had eaten at earlier in the day and recommended. The name has way too many consonants in a row for me to pronounce, but it’s called VRTNICA, which translates to ‘Rose’. The food was really good – JC ordered a fish dish that was served with steamed vegetables and I had the salmon pasta and a clear broth soup to start.

When we got there, the place was practically empty, but by the time we finished our meal, the outside patio was filling up quickly. It was raining again when we left, but not enough to open the umbrella. Despite the cool weather, the light rain felt good during the short walk back to the hotel. 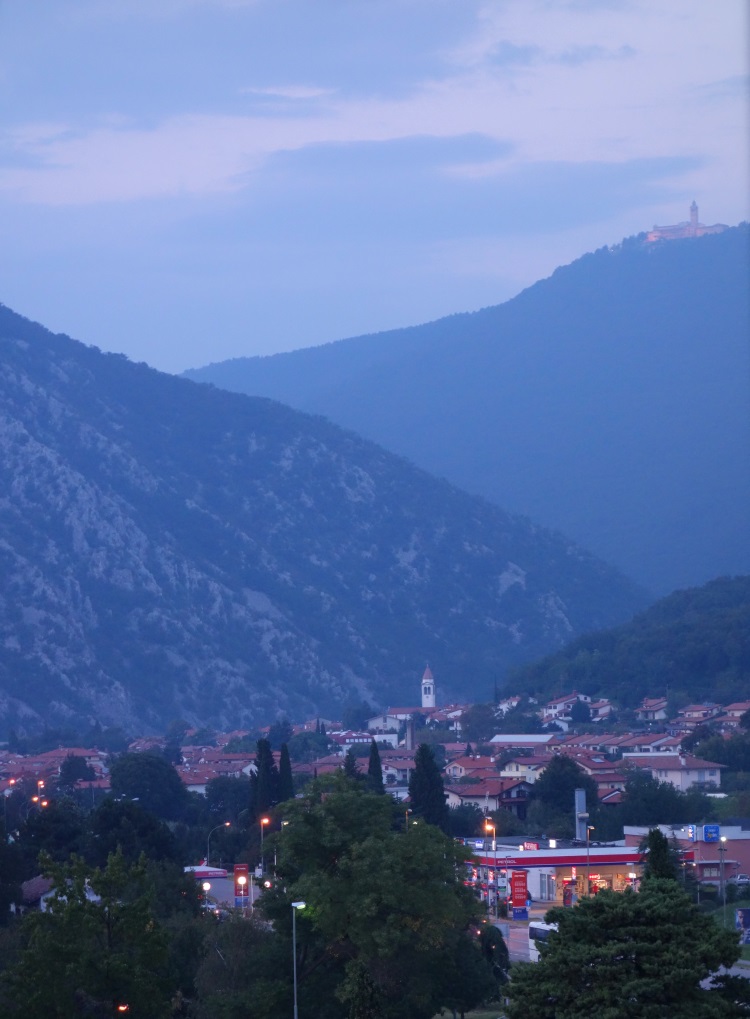 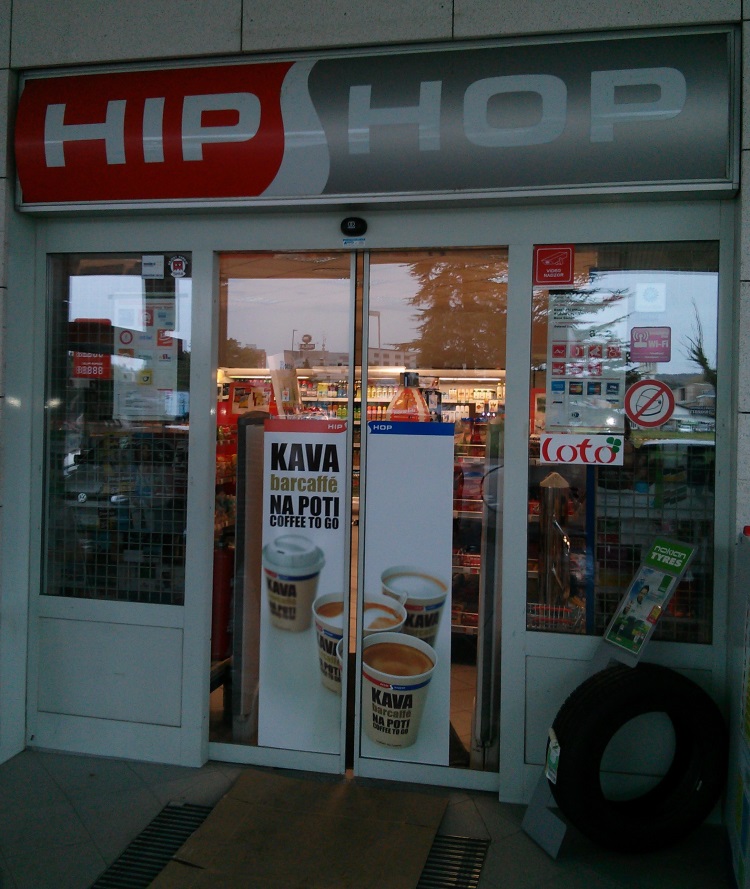 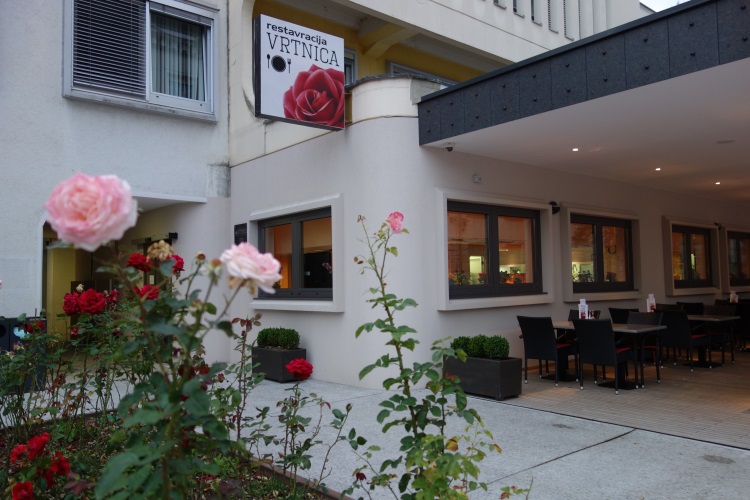 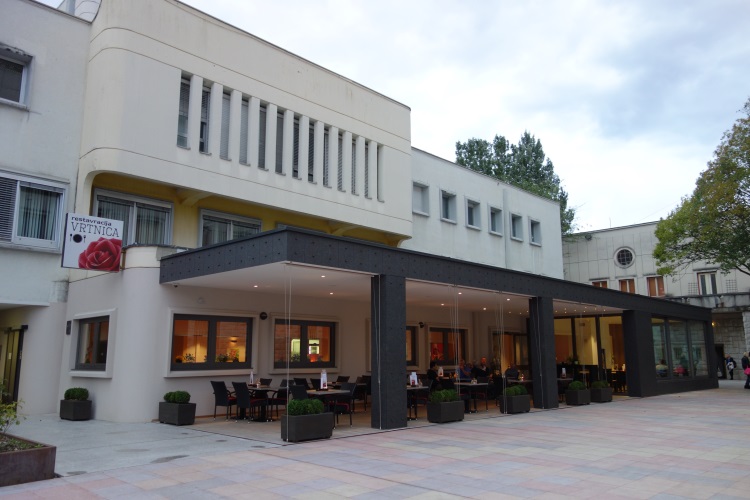 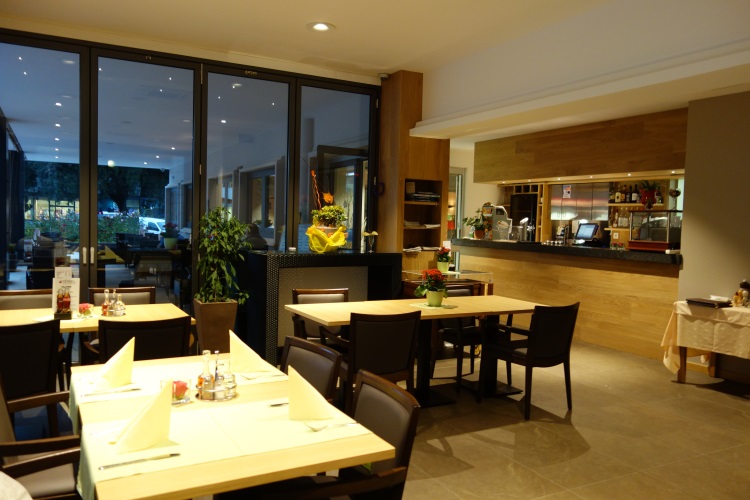 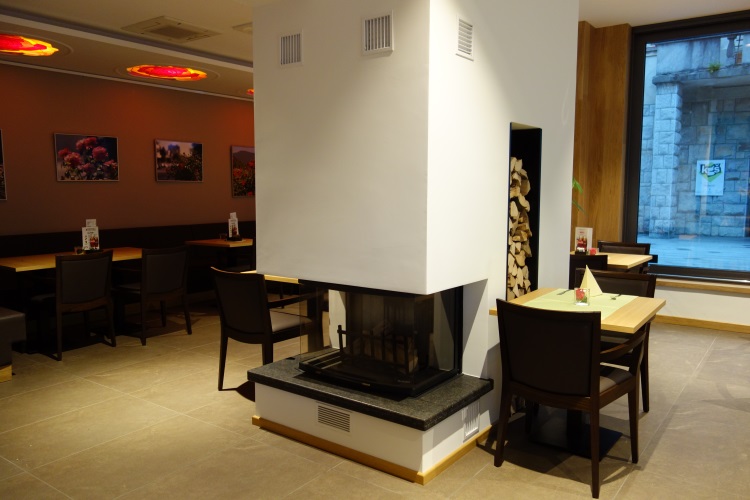 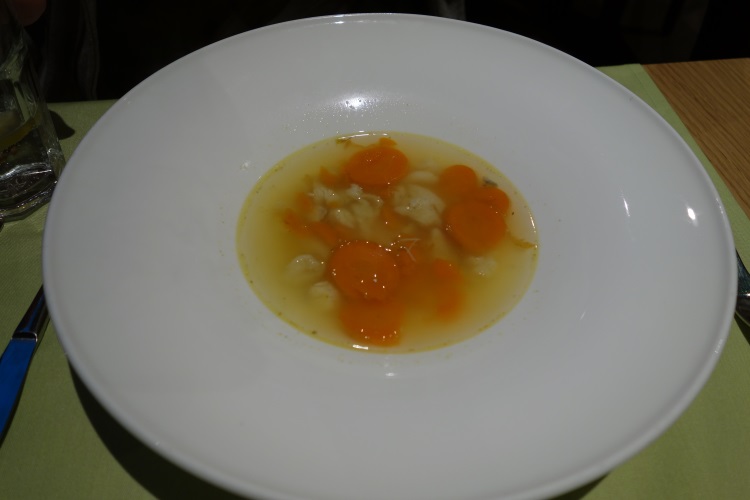 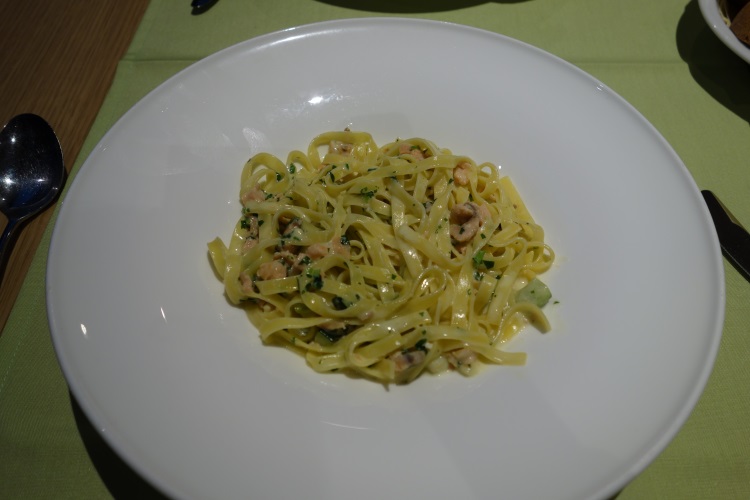 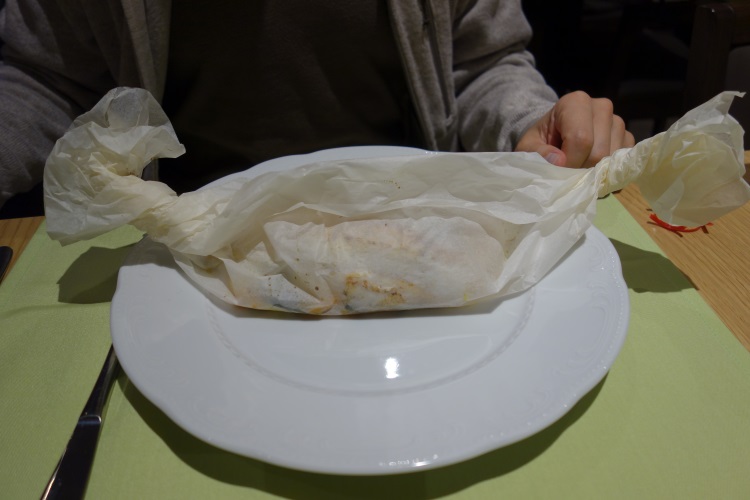 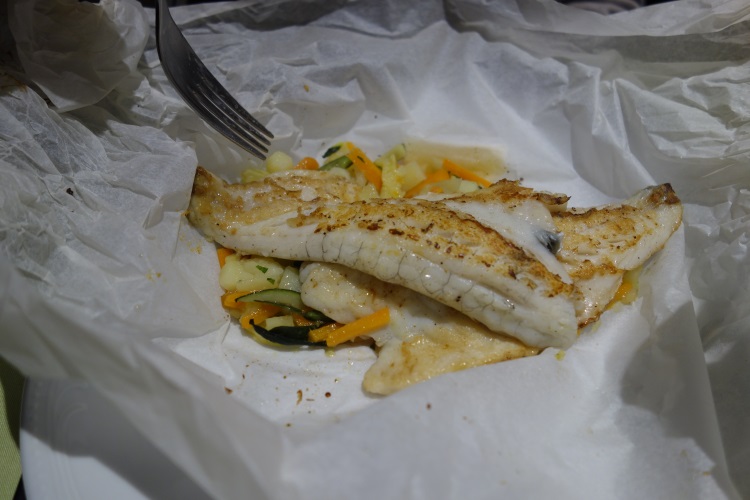