Even after a good night’s rest, we were still on the tired side when we woke up this morning, mostly due to a day of travel and jet lag. However, after a semi successful search for Red Bull (we found regular, but no sugar free), we managed to caffeinate ourselves enough to meet up with the rest of our group and hit the casino for a few hours.

The casino at Perla Hotel and Casino is one of the largest in Europe and has a huge poker room, a ton of slot machines and plenty of non poker table games. The staff was extremely friendly and we enjoyed gourmet chocolates and delicious cappuccinos while we played. It was definitely a fun way to start off the trip.

While the atmosphere of the casino was almost futuristic at the entrance, the inside of the casino, including the bathroom, was a mix of modern decor combined with European touches like tall, marble statues and murals throughout (I was able to take a photo of the bathroom, but photos are not allowed inside the casino). I was also surprised that the high denomination chips are rectangle-ish, instead of round – something I had never seen before!

Afterwards, we ate at one of the hotel’s restaurants and although service was a little slow because of the fact we had a large group, we eventually enjoyed a nice meal that included a trip to the salad bar, steak tartare, ravioli, and lamb chops.

With a full belly, I found myself drawn back to the window ledge in our room, where I settled in like a cat, for some fresh air and a few more photos of the town of Nova Gorica. I’m a big fan of fresh air and so I love it when hotel windows open. The fact that the windows here open enough to practically feel like you’re sitting outside is a major bonus. Another cool feature is that the building’s exterior is like a giant mirror, which makes for some pretty cool reflection shots.

Overall, it was a really good day. We enjoyed meeting the rest of our group, playing some games at the casino, and a tasty meal. I have a feeling that tonight, we will be getting a good night’s rest! 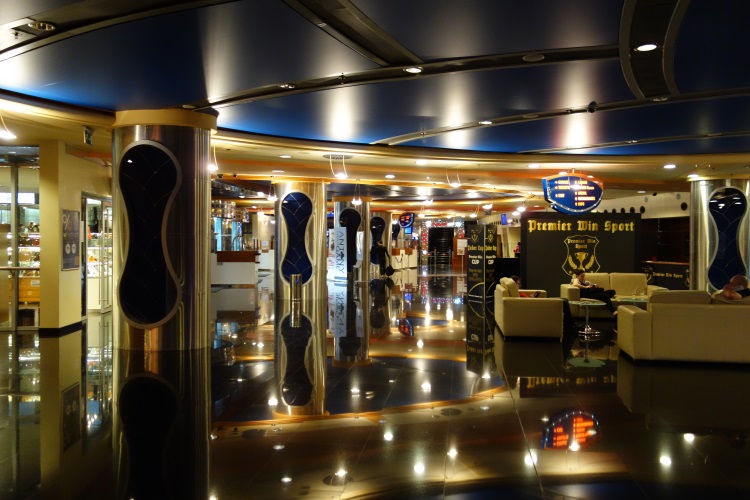 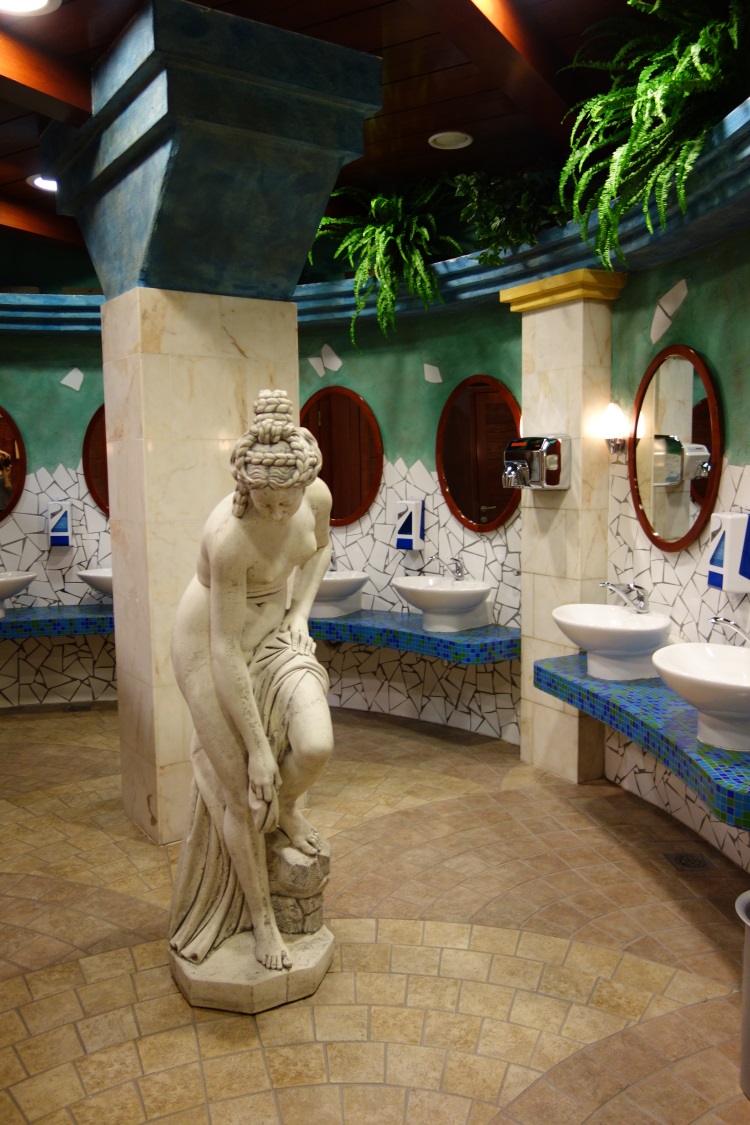 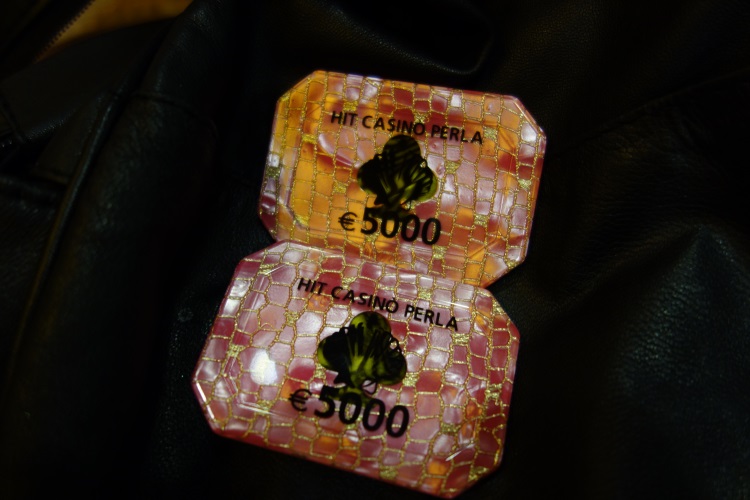 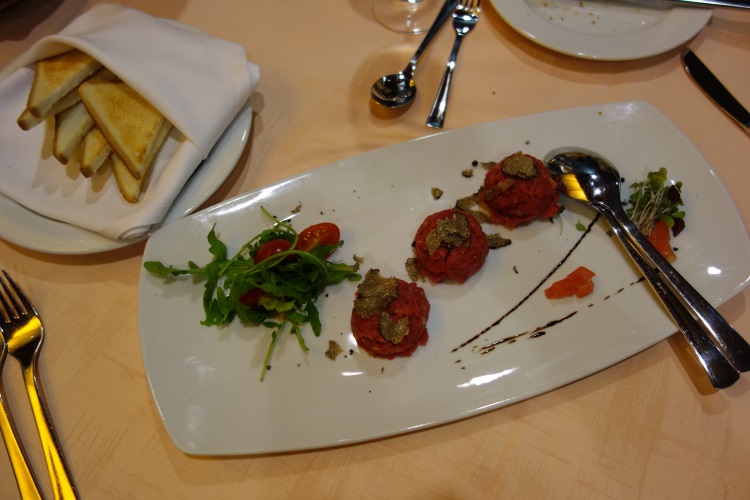 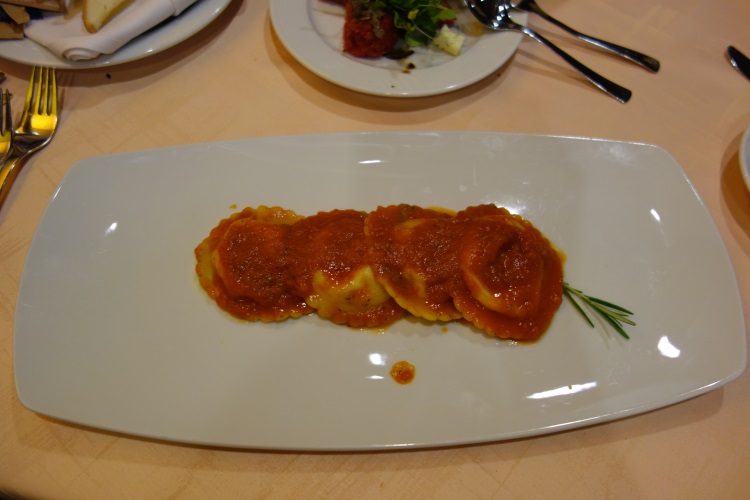 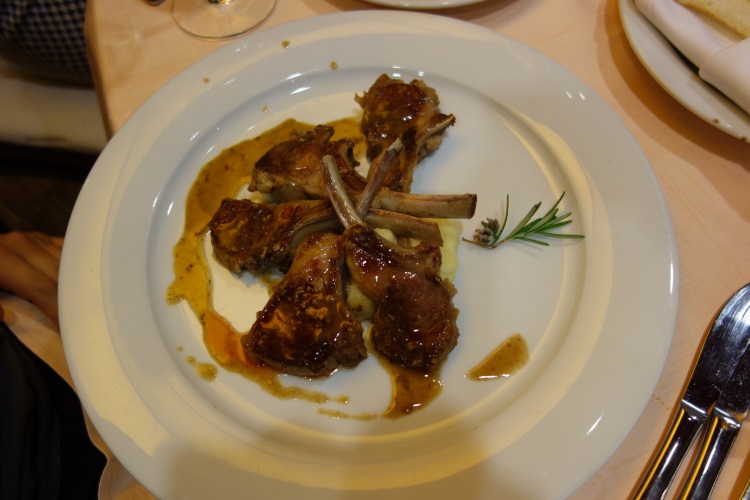 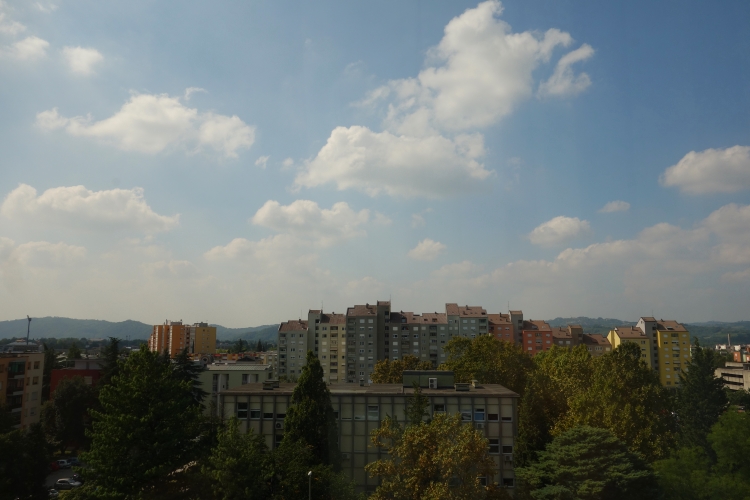 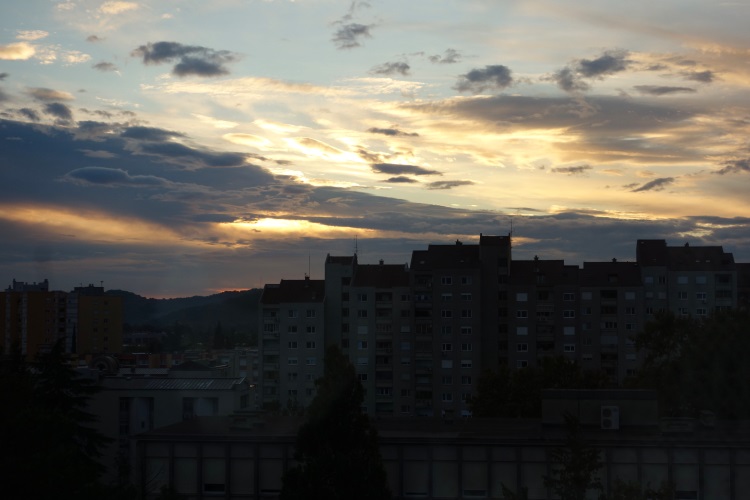 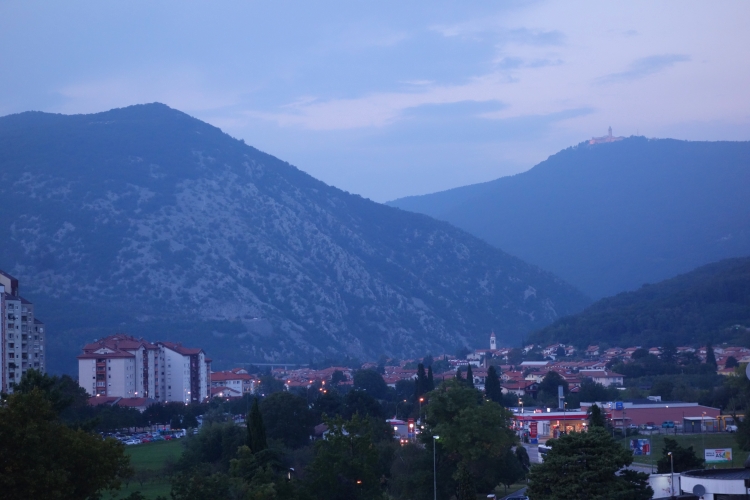 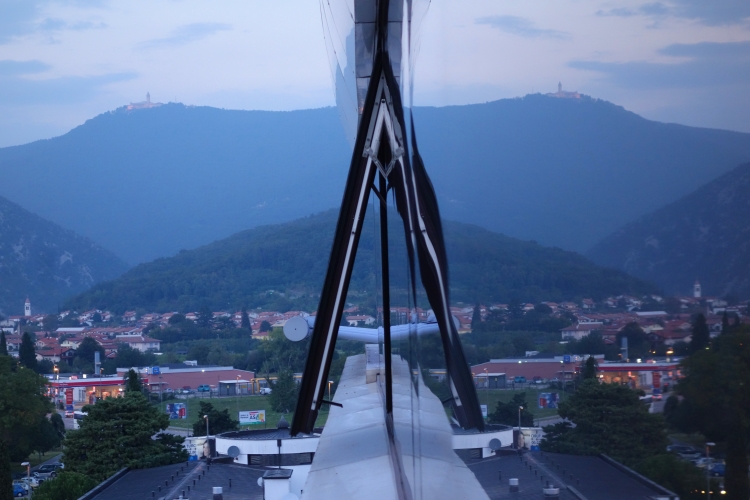 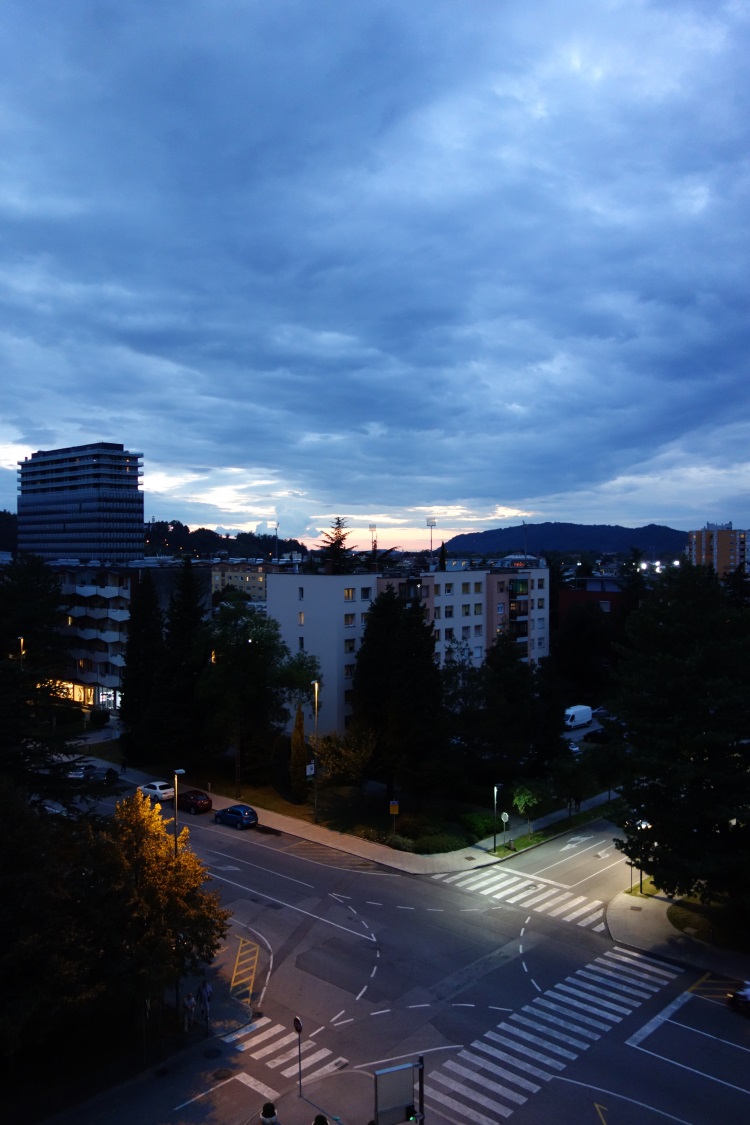 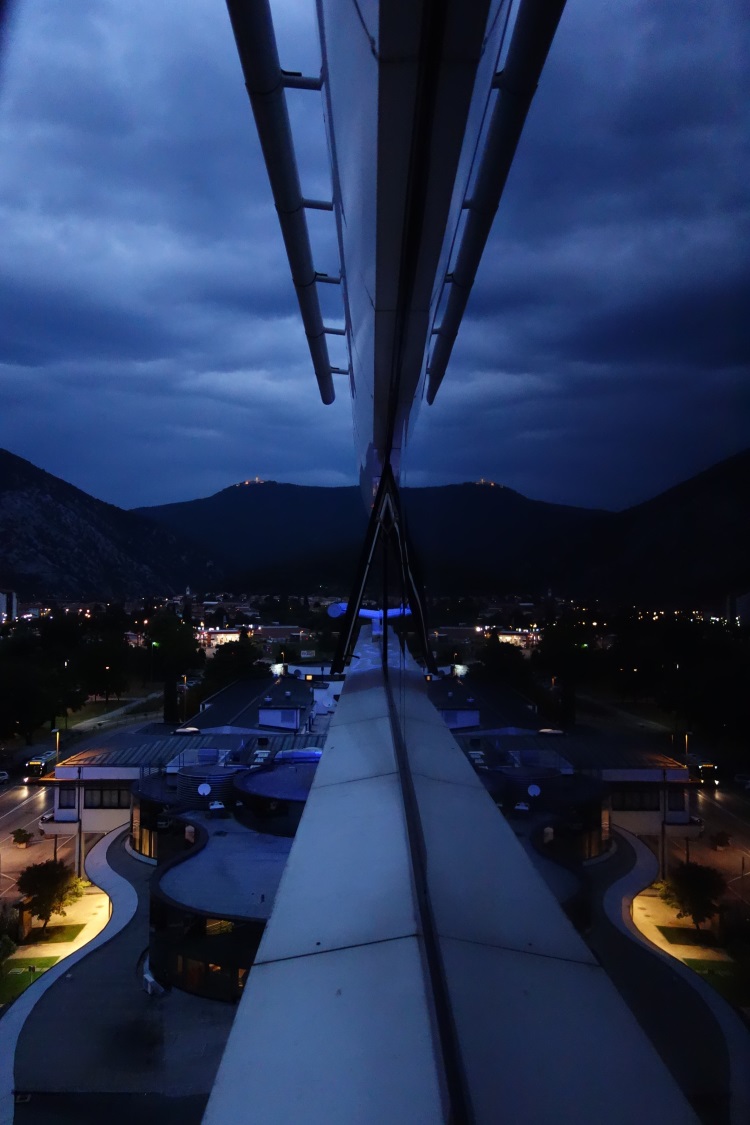