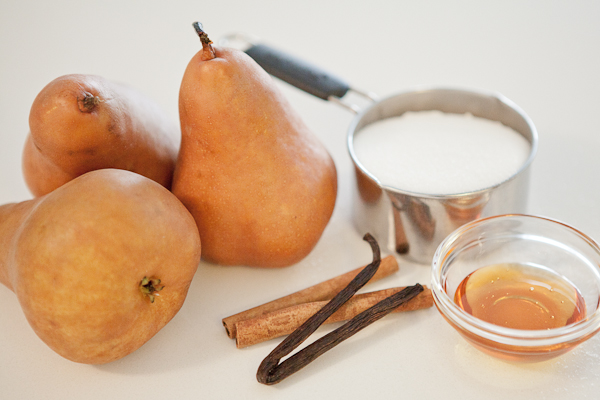 STEP 1: In a saucepan large enough to hold all the pears, combine the wine, simple syrup, cinnamon sticks, honey and ginger. Scrape in the seeds from the vanilla bean and add the bean to the saucepan. 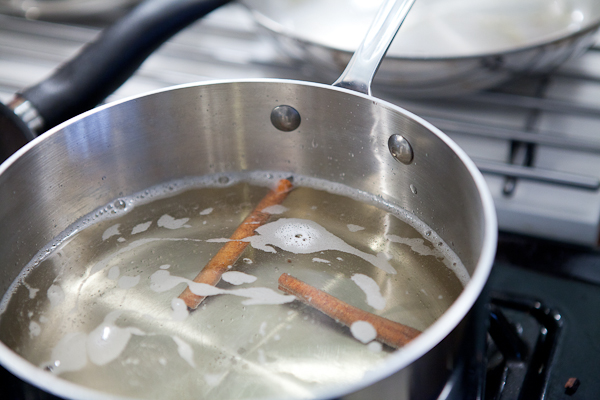 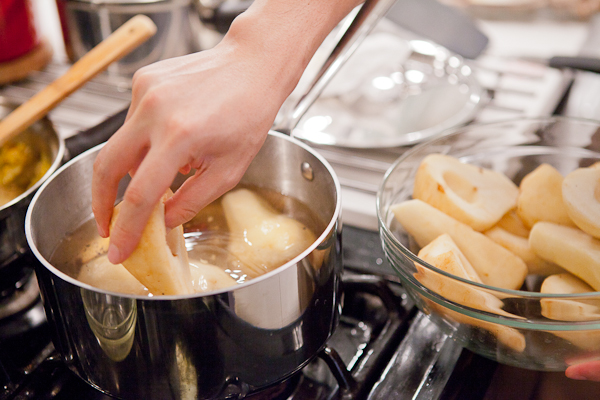 STEP 3: Remove the pears from the liquid and allow to cool. Continue to simmer the liquid until it thickens and is reduced by half, about fifteen to twenty minutes. Cool to room temperature. Remove the cinnamon sticks and vanilla bean and discard, or keep to garnish!

STEP 4: Place each pear on a small serving plate with a hefty scoop of vanilla ice cream. 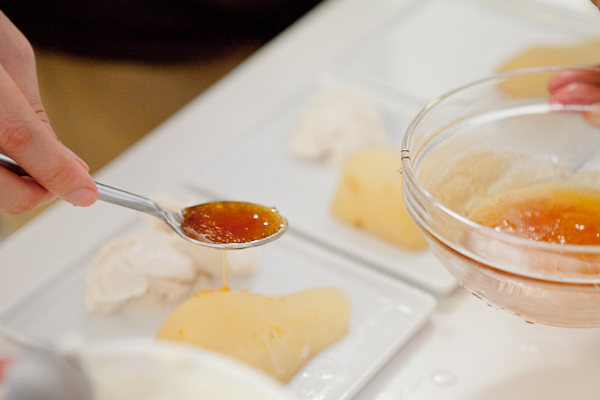 STEP 5: Drizzle on the syrup, serve immediately and devour! 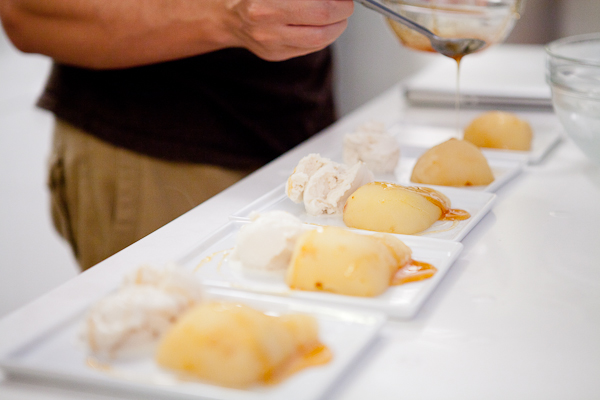 For more of Giada’s delicious recipes, click here or pick up her cookbooks at Target!