Alexandre Birman celebrated the launch of his Fall 2012 collection today at the newly renovated Saks Fifth Avenue shoe floor,10022-SHOE. Together with guest of honor actress Ashley Greene and cult fashion icon Julia Restoin-Roitfeld, supermodels including Bar Refaeli and Amanda Gresser, and socialites such as Maria Buccellati, Inga Rubenstein, Dori Cooperman, Karen Larrain and Lucrezia Butti, the shoe designer luncheoned at Café S5A before making his way to the beautifully displayed footwear collection on the shoe floor. 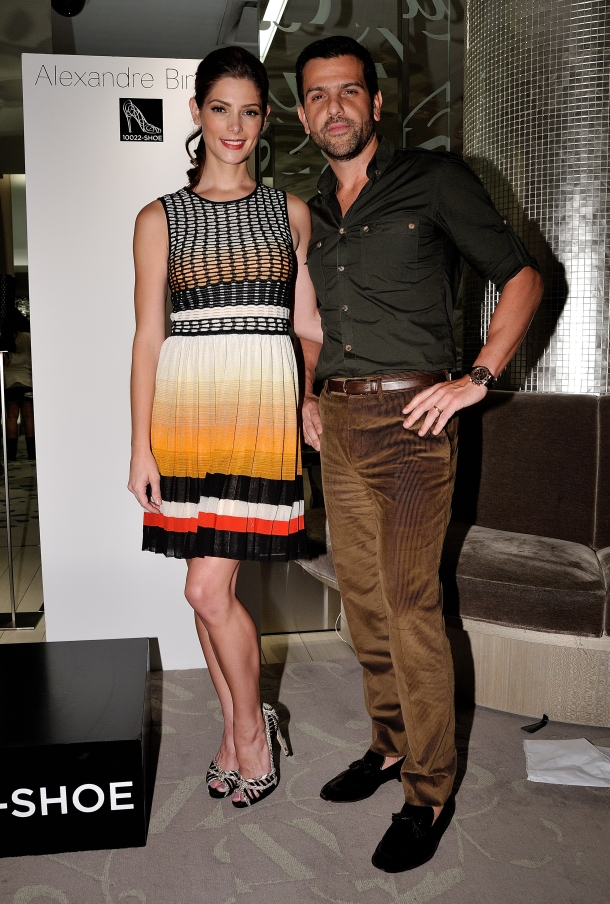 Also there to celebrate with Alexandre were Saks executives and Brazilian models, as well as the New York store’s top VIP customers. As he is a member of the committee, the designer and Saks donated 10% of all sales proceeds today to the Brazilian Foundation.