THE POWER TRIP by Jackie Collins

Unrivalled in her knowledge of the private lives of the rich and famous – and an iconic storyteller of their salacious escapades – Jackie Collins is the undisputed queen of the blockbuster novel. Her explosive books have pushed the envelope for years and captivated hundreds of millions of readers in the process. Her latest novel, THE POWER TRIP  turns up the heat even further, proving once again that not only is Jackie Collins the original, but still the absolute best at making the pulse race and the pages burn.

With THE POWER TRIP, Collins brings readers onto the exclusive super yacht of Russian billionaire Aleksandr Kasianenko, as he is about to host the birthday party of the century with some of the world’s most dynamic, glamorous couples aboard.  Anchored just off the coast of Cabo San Lucas, The Bianca (so named for Aleksandr’s gorgeous model girlfriend – and the birthday girl for whom the party is meant to celebrate) receives its many high-profile guests for its maiden voyage, unaware that among them is a master pirate with ties to Russian organized crime and plans to take control of the boat and show these “power” couples the true meaning of the word.

The guest list for The Bianca reads like a who’s who among the Hollywood elite setting the stage for a decadent, dangerous brew of beauty, ego, sex and scandal.  Among the featured couples in THE POWER TRIP are those whom more observant readers might recognize as highly reminiscent of real-life celebrities, including:

THE POWER TRIP is a book brimming with sexual tension and both overt and subtle power plays between its glitzy cast of characters, showcasing how easily the world of celebrity, money and politics intersect. 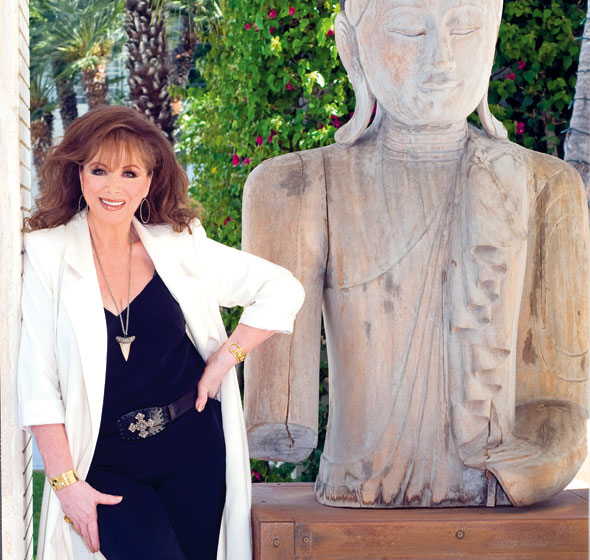 There have been many imitators, but only Jackie Collins can tell you what really goes on in the fastest lane of all. From Beverly Hills bedrooms to a raunchy prowl along the streets of Hollywood; from glittering rock parties and concerts to stretch limos and the mansions of power brokers-Jackie Collins chronicles the real truth from the inside looking out.

Jackie Collins has been called a “raunchy moralist” by the late director Louis Malle and “Hollywood’s own Marcel Proust” by Vanity Fair magazine.  With over 500 million copies of her books sold in more than forty countries, and with some twenty-seven New York Times bestsellers to her credit, Jackie Collins is one of the world’s top-selling novelists. She is known for giving her readers an unrivalled insider’s knowledge of Hollywood and the glamorous lives and loves of the rich, famous, and infamous. “I write about real people in disguise,” she says. “If anything, my characters are toned down-the truth is much more bizarre.”