Located 51 stories above the neon oasis that is the Las Vegas Strip, is a rooftop lounge that boasts killer views, talented djs & dancers, and bartenders who put on a show while they make you a drink.

With powerhouse, female DJ Girl 6 playing a wide mix of old school pop mixed with some of the top hits on both the US charts and the European charts, the music at Voodoo Lounge in Las Vegas was fun to dance to and certainly created a party atmosphere.

Voodoo Lounge is on the top floor of the Rio Resort and is accessible by taking a glass elevator up 51 flights. The view going up was incredible and a bit scary at the same time while the view from the top was breathtaking! Dancing to great music that high up was liberating and really fun. It was also interesting to watch as the helicopters from the nightly Vegas tours circled around the building, often pointing their spotlights towards everyone dancing on the rooftop and just having a good time. It felt kind of James Bond-ish – or Bourne Identity.

While at Voodoo Lounge, I ordered two Belvedere Vodka and club sodas. Perhaps it was the giant ‘Belvedere’ advertising on the side of the establishment that influenced me with their batman like projections. Either way, each time I ordered a drink the bartender put on quite a show, which I later realized was part of their schtick. 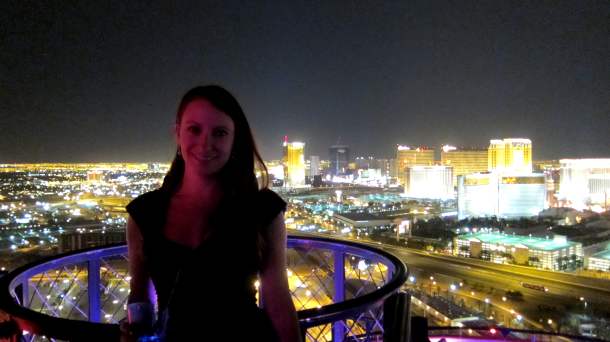 In fact the bartenders at Voodoo Lounge are award-winning flair bartenders, mixing up specialty cocktails like the world-famous Witch Doctor. While I did not sample the alcoholic brew, I was able to catch a glimpse of the infamous beverage in the video below. I was also able to get video of some of the bartender’s awesome ‘flair’, the outside stage dancers, the ride up the glass elevator, and the circling, spy-like helicopters. Since Nicki Minaj’s “Check it Out’ was playing when I first got there I used it as the background song. I should warn you that there are some strong lyrics and sexy dancing… 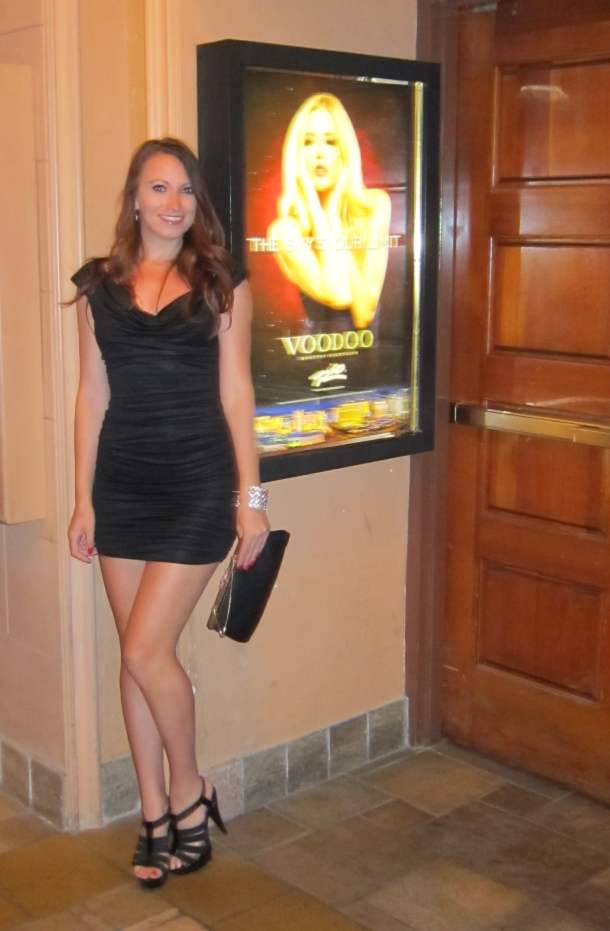