I wish I discovered this little gem three years ago when we first started staying on the island.

Tomate Mexican Fusion is a smaller restaurant that can easily be lost in the mix; especially given that it sits along a main road with lots of other restaurants and stores, many of which are in a closer walking distance to the main hotels.

So what is it that makes Tomate stand out from the rest of these restaurants?

For starters, the owner Felipe Cervantes is an extremely friendly host. During our visit, Felipe spent a good amount of time socializing with us and his other guests,chatting with them about everything from sports to his favorite items on the menu.

But it’s not just Felipe who made the experience enjoyable…

There were two waitresses that took time to explain the menu, and offered to take our picture when they saw my camera sitting on the table. They were both super friendly their collective positive attitude really took our dining experience to the next level!

One of the girls, I think her name was Natalia?, even walked us to the door when we were leaving, held the door open, and invited us back the next day for “margarita and taco happy hour” – I mean, this type of attention is always a nice bonus!

But let’s talk about the food.

As you may or may not know, Mexican Food is on the top of my list when it comes to ‘favorite types of cuisine’.

What I like about Tomate Mexican Fusion is that are some really interesting options on the menu that, despite having been to numerous Mexican Restaurants (and Mexico), I have not seen before.

For example, the Pimiento en Nogada.

Wow, where do I begin?

This dish originates from the small town of Atlixco, in the Mexican State of Puebla.

The name comes from the Spanish word for the walnut tree, nogal.

This dish is inspired by the three colors of the Mexican flag: green for the chili pepper, white for the walnut sauce and red for the pomegranate seeds. Basically, this tasty treat consists of a pepper stuffed with a spiced minced meat, mixed with raisins, and then topped with lots of melted cheese and a walnut based cream sauce. Fresh pomegranate seeds are sprinkled on top and add a crazy-awesome ‘pop’ of flavor!

The traditional chile en nogada is from Puebla; it is tied to the independence of this country since it is said they were prepared for the first time to entertain the emperor Agustín de Iturbide and is a source of pride for the inhabitants of the state of Puebla.

Like ‘Street Tacos”? If so, you’ll love the large selection of tacos and hiuachas available.

Like margaritas? Then, be sure to try the margarita sampler! We did and it was a really neat combination of flavors including tamarind and coconut! 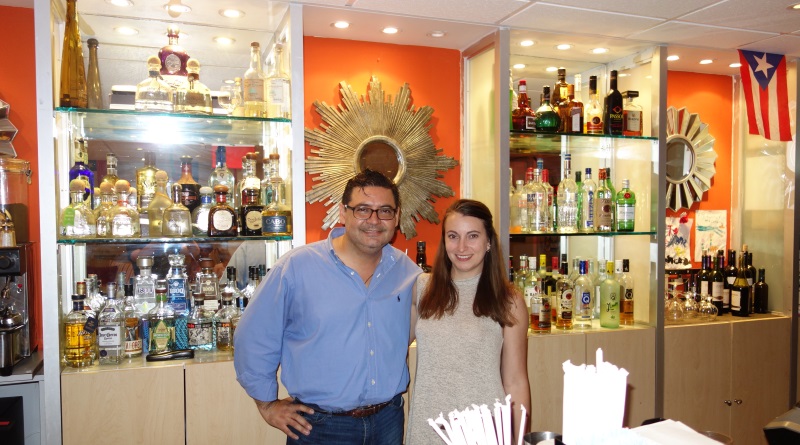 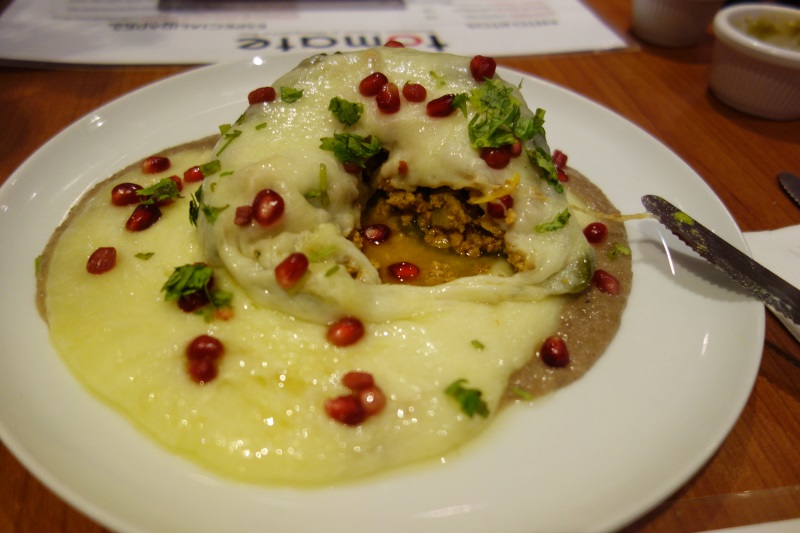 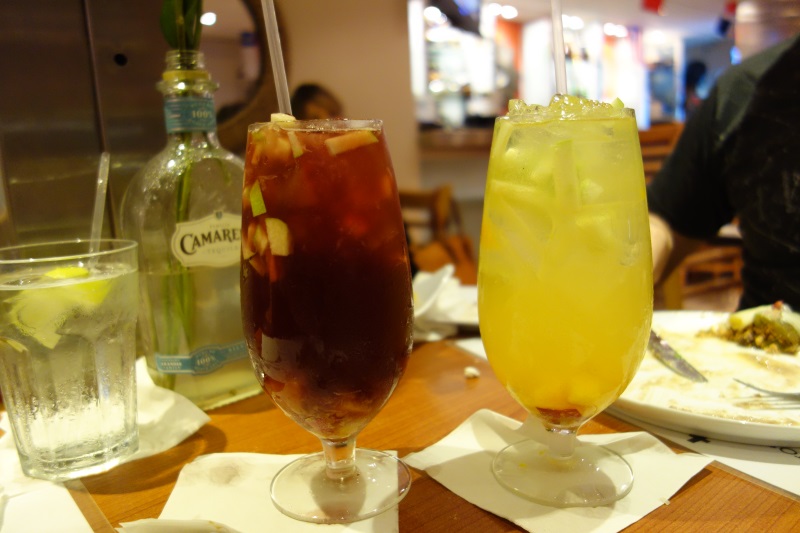 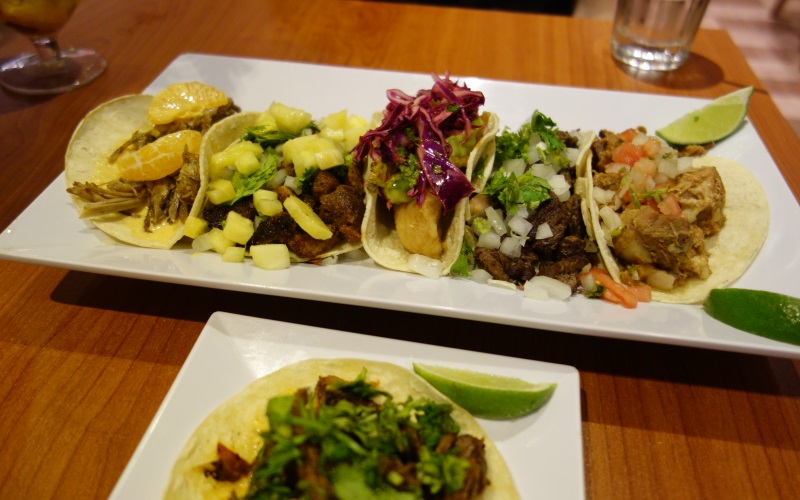 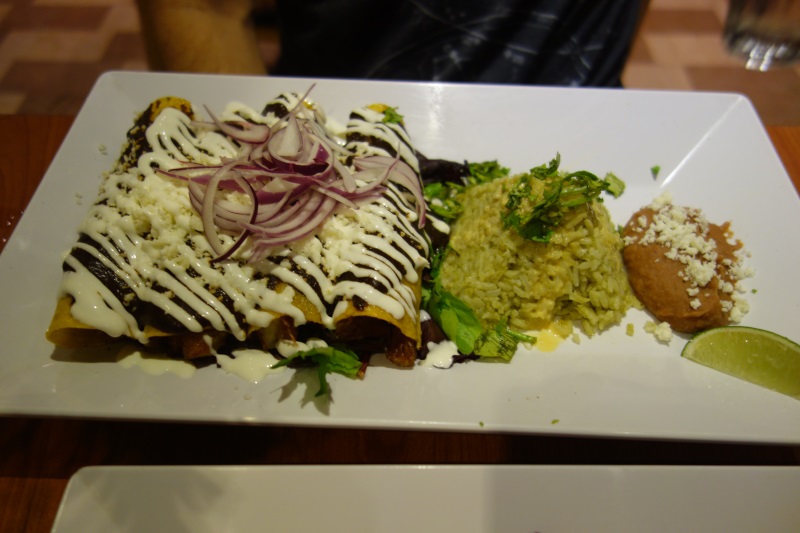 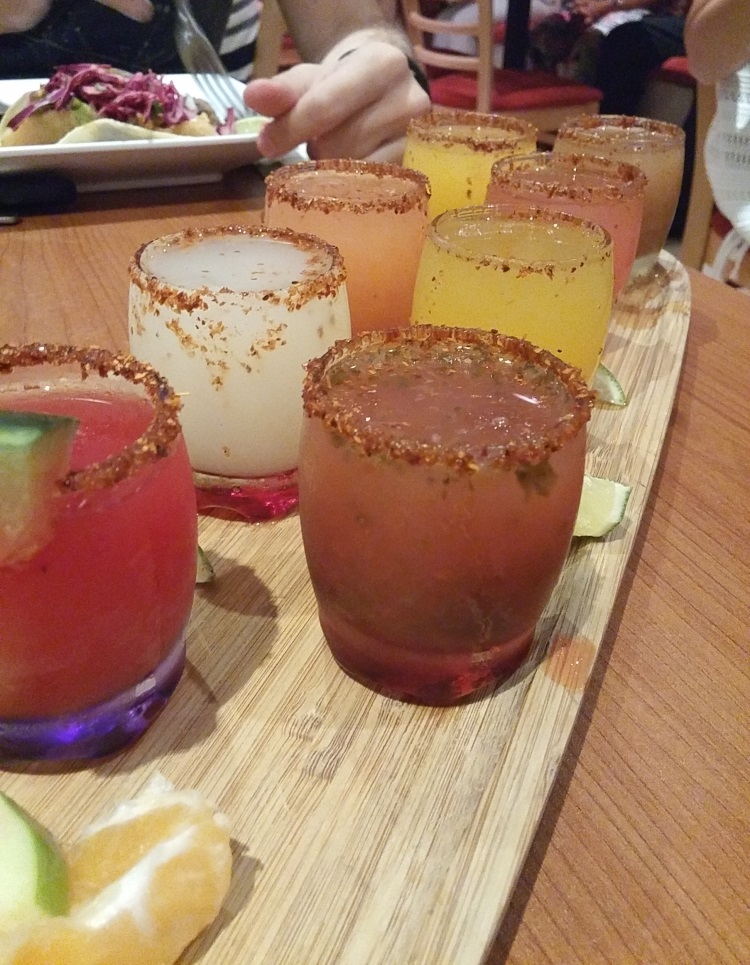 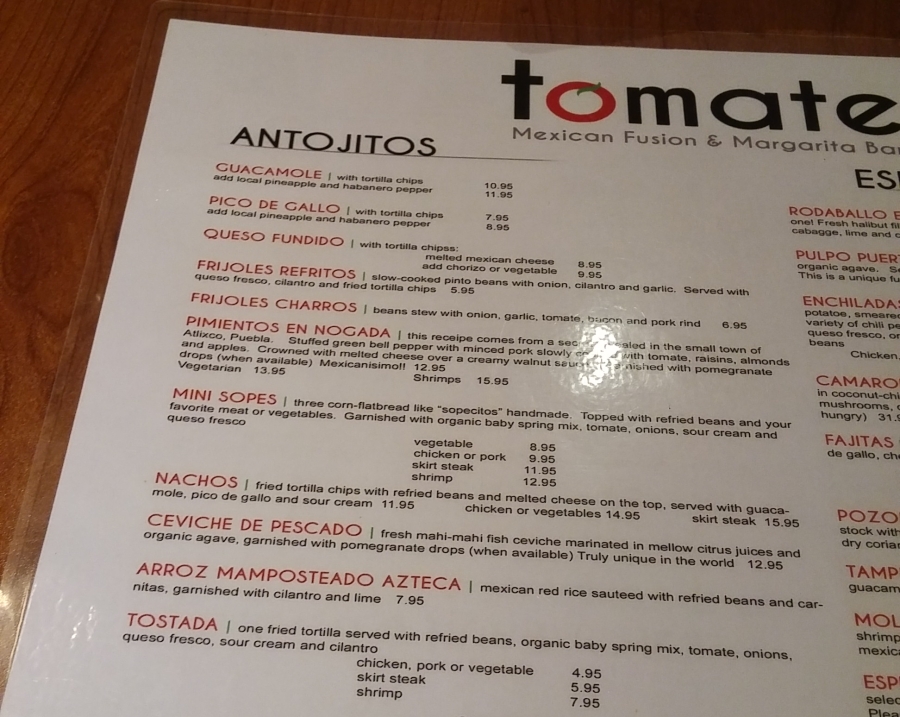 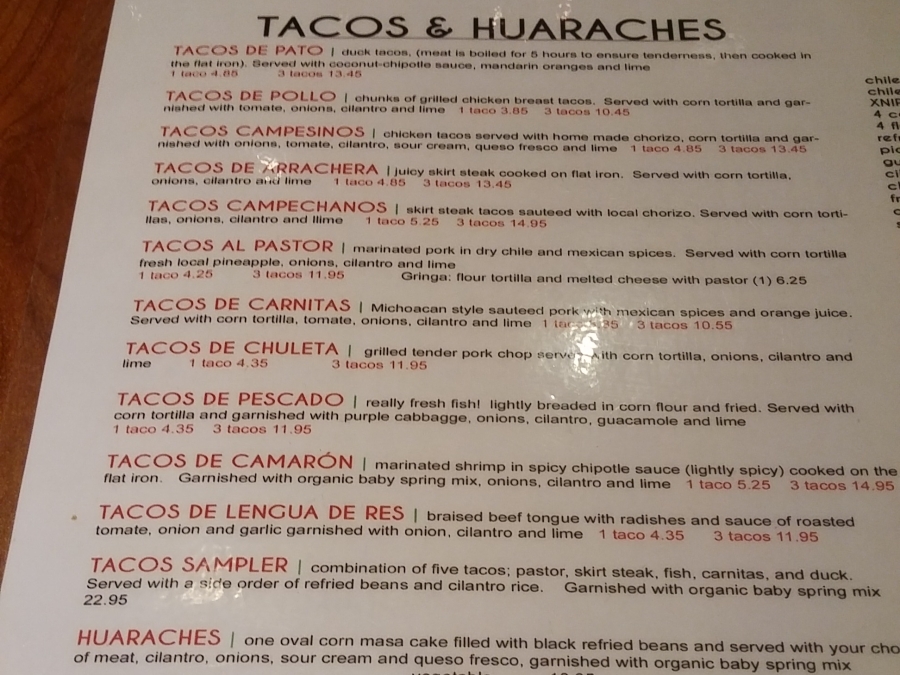 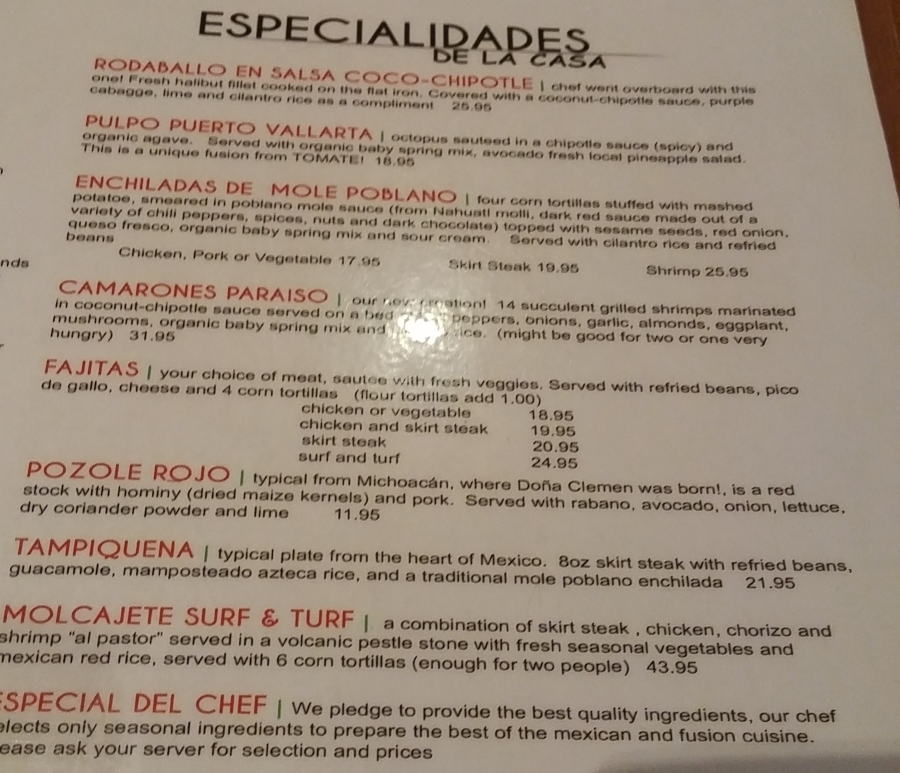