Get The Party Started With “Le Club Perrier”

Perrier recently announced the launch of “Le Club Perrier”, a never-before-seen online experience that evolves based on viewership.

This is the same Perrier famous for their sparkling water in the green glass bottles.

The YouTube experience offers viewers the chance to contribute to the plot progression of a nightlife-themed film series where the scenario evolves based on the number of viewers – simply, the more viewers of the online videos, the hotter the party becomes! 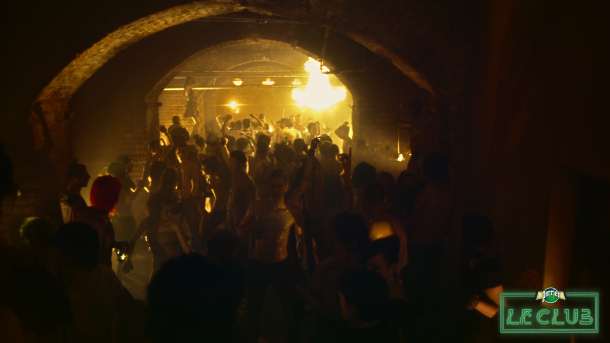 At www.YouTube.com/Perrier, visitors can enter Le Club Perrier, view the currently available videos and share the link with friends to help unlock the next one. To show progress, the channel also features a thermometer indicating how high the temperature escalates.

The film series was directed by the renowned Nez Khammal (known for his video creations for Kid Cudi, M.I.A. and Mika), while music was created by Babe Youth. The video footage starts with the simple scenario of a woman walking through the club to reach the stage where she will perform.  As video versions are unlocked, the scenes get more interesting, more people appear in the club, the temperature rises, people dance and the whole club starts to melt.

In addition, visitors to the YouTube channel can enter a sweepstakes contest, offering the chance to win a free trip to NYC, including a stay at The Standard hotel and VIP access and treatment to the “Le Club Perrier” party in September at one of NYC’s hottest nightclubs.

As of writing this, there are already over a million views and the party is just heating up. I can definitely say that there are some great visuals and while I don’t think I will be checking back on a day to day basis – I will certainly check back in a week or so to see how this new idea is panning out.