Coca-Cola is a staple during New York Fashion Week setting up official booths to keep fashion goers hydrated and even sponsoring some pretty major runway shows such as The Heart Truth Red Dress Collection.

The Heart Truth Red Dress Collection is a well known presentation during Mercedes-Benz Fashion Week that features celebrity models who walk the runway in gowns donated by top designers to raise money for educating women about heart disease.

Coca-Cola has recently put  another stylish foot forward by teaming up with Karl Lagerfeld to create designer bottles of Diet Coke. 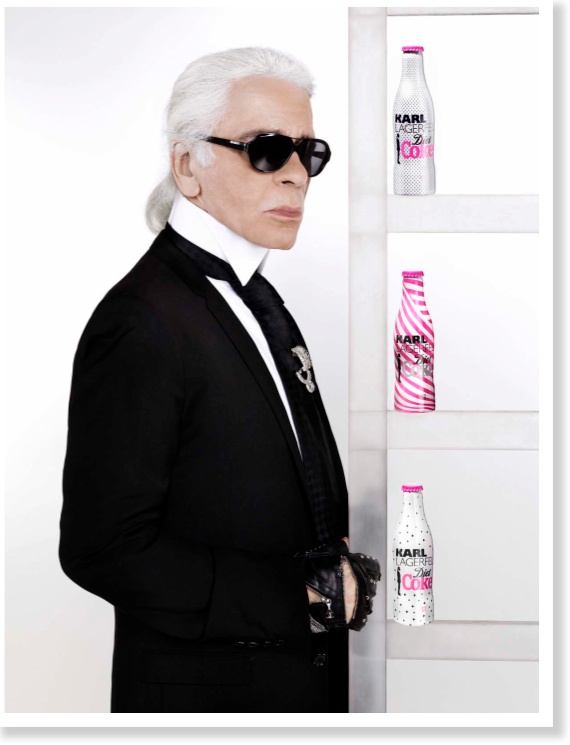 Karl Lagerfeld shot the Diet Coke advertising campaign in February in his Paris studio with supermodels Coco Rocha, Heidi Mount and Jeneil Williams. Karl Lagerfeld comments, “It’s exciting for me because I love the idea and as everybody knows, I drink Diet Coke and nothing else, night and day. It was pure pleasure to do a campaign with people I like and for a product I love.”
[nggallery id=143]

While the Diet Coke campaign was shot for Spring 2011, I think it’s safe to say that the beverage will be a hit well into summer and beyond!