I should have seen it coming. The two men hanging out by the exit of my building’s gated courtyard looked a little suspicious.

When they quickly slid out the locked gate behind me, as though they had been waiting for the opportunity (you need a key to exit as well as enter), it struck me as odd and so I questioned them. 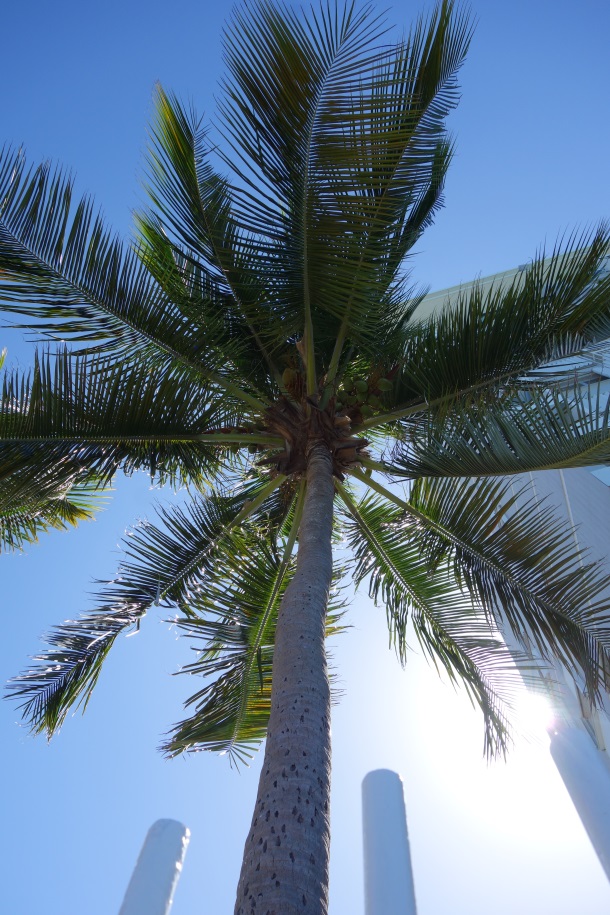 “I see you guys forgot your keys”, I lightly remarked.

I was answered with a duo of feigned “yessssses” followed by an awkward moment of one of them rattling off an apartment number, quickly followed by a “but-technically-I-don’t-live-here-right-now“. Yup, these guys were most likely up to something, but at least they were exiting the property not entering and since they didn’t seem to be in a hurry, I figured it couldn’t be anything too bad. They probably just wanted to hang out by the pool, or something. That seems innocent enough, right?

Now I had been well warned not to bring any of my valuables to the beach where unfortunately, there is a problem with pick pocketing (to be fair, many beaches around the world have this problem – it tends to come with the territory). Thankfully I took this advice and left my wallet and phone at home. 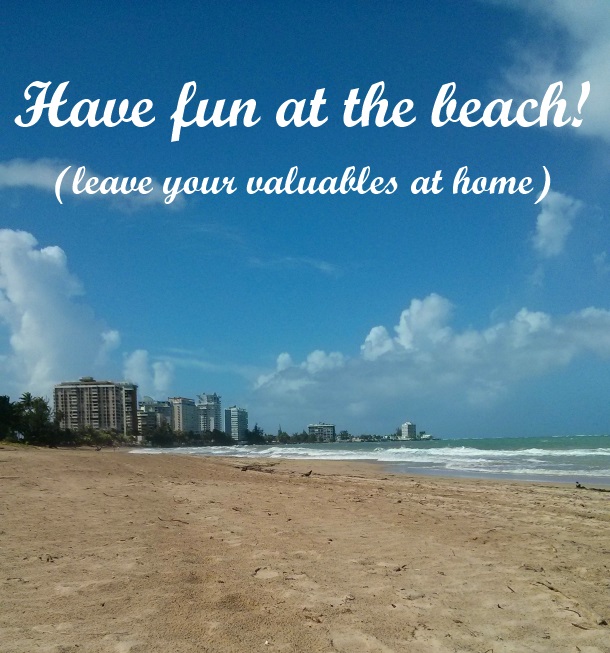 Before heading  into the water, I covered my bag, containing my keys, flip flops, lip gloss and the outfit I wore over my swimsuit, with a plain white towel. Then, while in the water, I made it a point to keep an eye on my things, which was seemingly easy to do since it was Wednesday at two in the afternoon, and the beach was pretty much empty.

About fifteen minutes later, one of the guys from earlier came into the water and started waving – definitely trying to get my attention. I asked him if everything was OK (clearly it was – he certainly wasn’t drowning or anything – and he wasn’t running out of the water like you would if you saw a shark).

He responded with stupid comment about my body board and how I should try swimming out further to catch some bigger waves. Now, the ocean was practically a lake at this point and I was more or less just lounging around in the water. So in retrospect, seems like a dumb thing to say, right? I politely chatted with him for like five seconds and then went back to doing my own thing. Towel check. Yup, still there. Cool.

By the time I was maybe five feet away from my towel, I could see it was suspiciously flatter than when I had left it. My heart beating a little faster at this point, I lifted up the towel to reveal that sure enough my bag was gone! Whoever took my bag had laid the towel back down perfectly so that I wouldn’t be able to tell that my bag was missing from the water – they even went as far as to make a little bump in the middle where the bag should have been. Although, up close, it was easy to see that it wasn’t the right shape, from the water, everything looked good!

Now, the only time that I can think of that this could have happened was when that guy was busy chatting me up in the water. And come to think of it, where was his friend during that time? Oh I know, stealing my bag! Jerks.

Thankfully, I didn’t have my phone or wallet stolen, but the thought of losing my keys had my head turning; Would they be expensive to replace? Would I have to change the locks on my apartment? One of the keys was a building key – that can’t be safe for thieves to have – would I have to pay to have the locks of the building replaced too? (my thoughts can definitely go a million miles a minute sometimes).

Plus, I felt angry for being robbed/conned. Even if it was just ‘stuff’, it was my stuff.

So I  began searching the beach, ready to open a can of woopah on somebody if I saw them with my bag (ok, not really. But, I might have yelled at them and then reported them to security).

Thankfully, I didn’t have to employ any of my self proclaimed ninja skills, because wait for it – dah dah da nuh -I spotted the black canvas tote tossed into some bushes further away from shore!  A few pricker scratches later and the bag was back in my hands, with everything still inside! Turns out the thieves didn’t want my keys, my non fancy bag, or my worn out flipflops. All they probably wanted was money or some technical gadget and thankfully, in that regard, they failed miserably (yes!).

Then something else interesting happened…

All of a sudden, I realized that as silly as it might sound, I loved that bag (a souvenir from a trip I took two summers ago where I got to drive really fast cars and go off roading) and the flipflops that were in it (my Tory Burch Fox Print). I was even attached to the key chain; a lanyard I got from the very first time I “officially” attended Mercedes-Benz Fashion Week. Am I starting to sound like a hoarder yet?

Not only did I get all my stuff back, but I had a new found appreciation for it all! As the guy everyone loves to hate would say, #winning 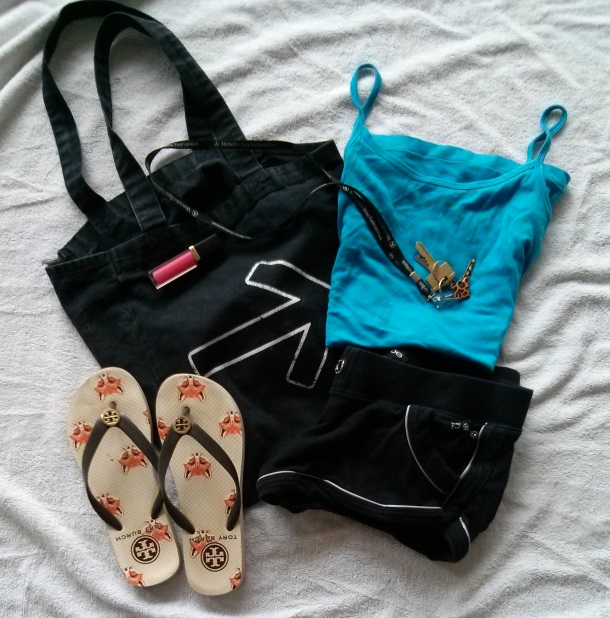 Update:  A few days later, I saw one of the potential thieves scoping the beach out, once again from inside the locked gate. I decided to stop and chat with him for a bit.

Me: “Did you forget your keys again?”

“Yeah, yeah…” trails off into a possibly alcohol infused daze.  He says this as he is scratching his head, avoiding eye contact at all costs, and shifting his weight from one foot to the other like he has to pee.

Quickly looks away, no answer.

My friend who was with me managed to sneak a photo of the guy and we brought it to security where I basically said I “can’t be sure, but I have a pretty strong feeling that this guy and his pal stole my bag the other day…” Before I could even finished the sentence, the security officer I was speaking with not only mentioned the thief by name (after seeing the photo), but went on to say that this guy has a history of beach theft. #LessonLearned

Have you ever had your things stolen? If so, what did you do?