Metro North Trains Get A Facelift!

Are you one of the many New Yorkers who enjoys long weekend get-aways in the country, surrounded by fresh air, gardens, and wrap around porches? Or perhaps, you live in the suburbs and commute into the city for work? Either way, your ride just got a whole lot sweeter!

After 40 years, commuters to New York City and Connecticut are getting new accommodations!

This Tuesday,  the long-awaited M-8s arrived in Grand Central, surprising passengers with a pop of red amidst the stark gray subway walls.

These cars are the first new train cars to run on the New Haven line in nearly two decades and they are pretty sexy!

The new M-8 offers its passengers new comforts (such as imitation-leather seats) and debatable necessities – every row of seats has its own set of electrical outlets, (love). 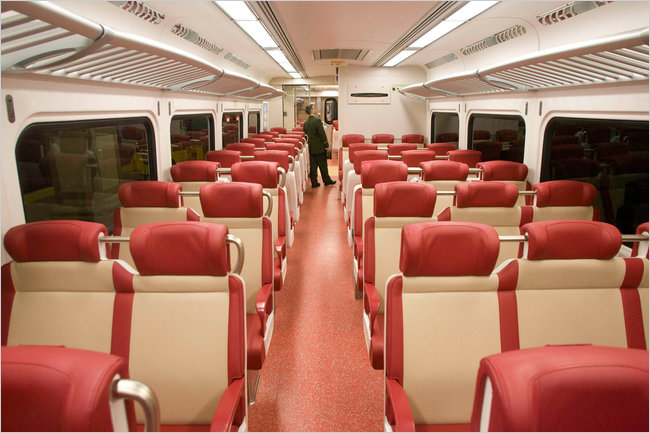 Other improvements are a roomier, airier and brighter interior than their 1970s-era predecessors as well as larger windows, additional space for luggage, restroom improvements, and pull out benches.  The ceiling is arced instead of flat and the cars are two inches wider than any other train now in use on Metro-North.

The first car pulled out of the Stamford, Conn., station on Tuesday at 10:30 a.m.

The railroad expects about 80 new cars to be in operation by the end of the year, making stops in New York, Connecticut and Westchester County.