“The Beaujolais region is on a winning streak,” according to Georges Duboeuf, who says the 2010 vintage is a remarkable follow-up to the outstanding 2009. 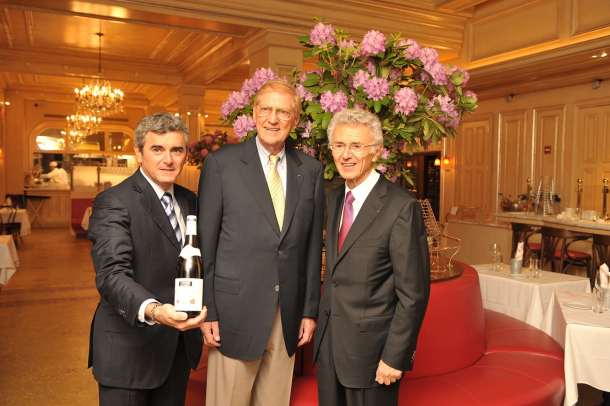 At a preview tasting of the Beaujolais Crus in New York on May 24, Duboeuf told industry professionals, “The 2010 Beaujolais Crus already impress us with their fine crimson colors and rich, floral and red fruit aromas. On the palate, these wines reflect the terrain and climate of their appellation — from our Fleurie, the ‘Queen of the Beaujolais region’ with its soft, fruity, round aromas of lilac, violet and cassis, to the heartier Moulin-à-Vent, which has the deeper floral notes of a bouquet of roses blended with dark berries and spice.”

[ad#Google Adsense]
According to Duboeuf, “A hot, dry August was followed by welcomed rains which helped plump the berries, giving them extra roundness. Yields were slightly lower than usual, but with very good sugar levels. We have again been blessed by nature with a harvest that has delivered us wines of true character.”

This wasn’t the first time where a preview of Beaujolais wine from Georges Duboeuf impressed a discerning crowd. 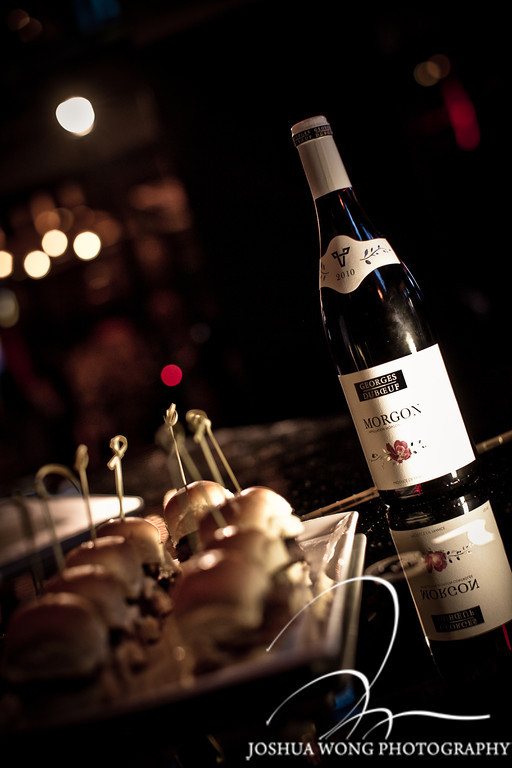 The Beaujolais Crus, made from 100 percent Gamay grapes, represent the finest vineyards of the region. The wines tend to be fuller and more dense, aromatic and complex than other Beaujolais wines and have greater aging potential. Most of the 10 Crus are named after the villages where the grapes are grown: Brouilly, Chénas, Chiroubles, Côte-de-Brouilly, Fleurie, Juliénas, Morgon, Moulin-à-Vent, Régnié and Saint-Amour.

The Duboeuf Beaujolais Crus provide excellent value for the quality of the wine, with the suggested retail price per bottle ranging from $13.99 to $18.99.

Beaujolais Crus are the perfect all-occasion, all-season wines. They are best served lightly chilled and pair well with a variety of dishes from light pastas and charcuterie to roasted meats and grilled poultry or fish. 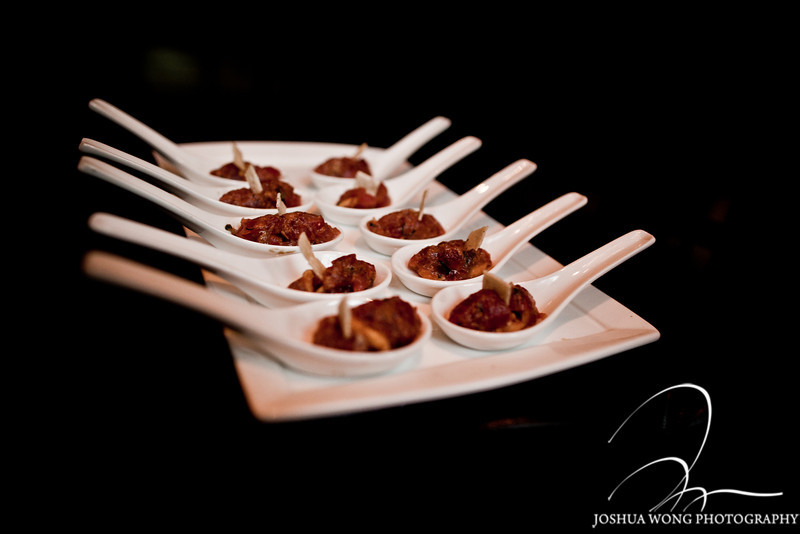 The 2010 Georges Duboeuf Beaujolais Crus will be in stores and restaurants nationwide this fall. The popular 2009 vintage is widely available through the summer.

The celebrations surrounding the release of the 2010 Beaujolais Crus coincide with the 30th anniversary of W.J. Deutsch & Sons,  the exclusive U.S. importer for Les Vins Georges Duboeuf. According to Chairman Bill Deutsch, sales of the 2009 Duboeuf Beaujolais were “exceptional” thanks to the outstanding vintage.

“W.J. Deutsch & Sons has had a long and successful collaboration with Georges Duboeuf, marketing his wines in the United States. Over time, I have seen a growing interest in Beaujolais wines, particularly the Crus, culminating with the 2009 release last year. A track record of exceptional vintages, an enhanced appreciation for the Gamay grape and a great value pricing with the Crus wines all under $20 are a winning combination,” said Deutsch.

Follow the link to read about how at the preview, Georges and Franck Duboeuf  presented Marc Oldman the Georges Duboeuf Wine Book of the Year Award for 2011 for his book Oldman’s Brave New World of Wine.

W.J. Deutsch & Sons, Ltd. was founded in 1981 by Chairman Bill Deutsch to market quality wines produced by prestigious families from major wine regions of the world. In 2009 Deutsch announced the expansion of the award-winning company to include a separate Spirits Division, W.J. Deutsch Spirits LLC. Deutsch’s wines and spirits are sold to the trade with well-planned marketing support and are offered to U.S. consumers at fair market prices. Today the company is renowned for its brand building prowess and its ability to meet the needs of the modern consumer. Bill’s son Peter Deutsch is CEO; thus two generations of the Deutsch family work side by side in their continuous quest to build strong brands and relationships throughout the wine and spirit industry.

Also, a shout out to Make it Known PR for helping put together another wonderful event.