Via Spiga Offerings for Fashion’s Night Out 2011

Ever since meeting Paolo Venturi, the creative director for Via Spiga, at their in-store Spring 2011 runway presentation, I’ve been hooked on the footwear brand! Paolo is so passionate about her work and that passion, fueled by her innate good taste,  makes Via Spiga a great choice for fashionistas.

One pair of very pretty Via Spiga sandals later and I knew had I had found my new favorite go-to sandal for the summer. These sandals have already been to Vegas three times, Aruba once, and just about all over New York City and Connecticut. Let’s just say, I’ve put some miles on these sandals and yet you wouldn’t know it by looking at them, they still look great! The fact that they are still in such great condition after so much use and travel tells me that these shoes are not just comfortable, but they are built to last. This is a testament to the craftmanship that goes into making Via Spiga shoes really stand out from many of the other footwear brands out there!

While Fashion’s Night Out 2011 was a crazy dash around the city, I definitely planned on stopping by the Via Spiga Soho boutique to check out the following offerings: 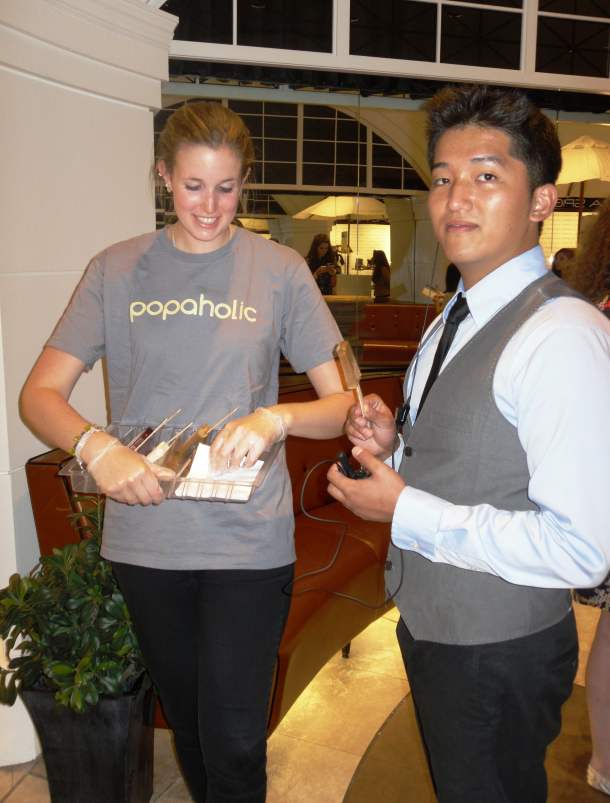 Via Spiga Fashions Night Out 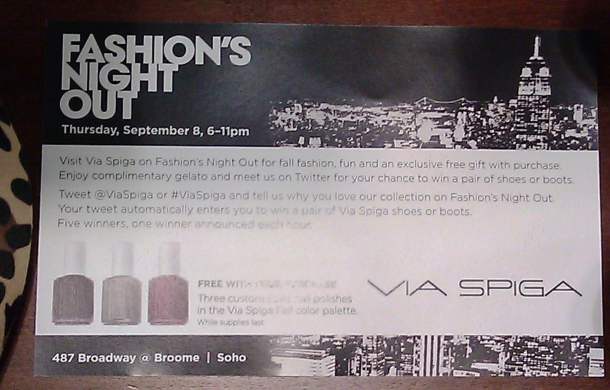