With an inspired spirit and awakened perspective, the ANN YEE Spring 2013 collection is a reflection of the designer’s personal growth from loss and progression toward a new beginning. After a fire swept through the designer’s Manhattan studio destroying her archives and workspace, Ann Yee took refuge in the Pacific Northwest where she was instantly revitalized and renewed by her surroundings.

Ann found inspiration in the water and how weather manipulates a body of water. She became transfixed in how sea goes from violent during harsh weather only to emerge changed and even more striking when the storm is over. A pile of old sea ropes and nets that were faded and frayed over time intrigued Ann immediately. The bold colors that were transformed into slightly muted shades or sun dyed became the basis from which her Spring/Summer 2013 collection bloomed. 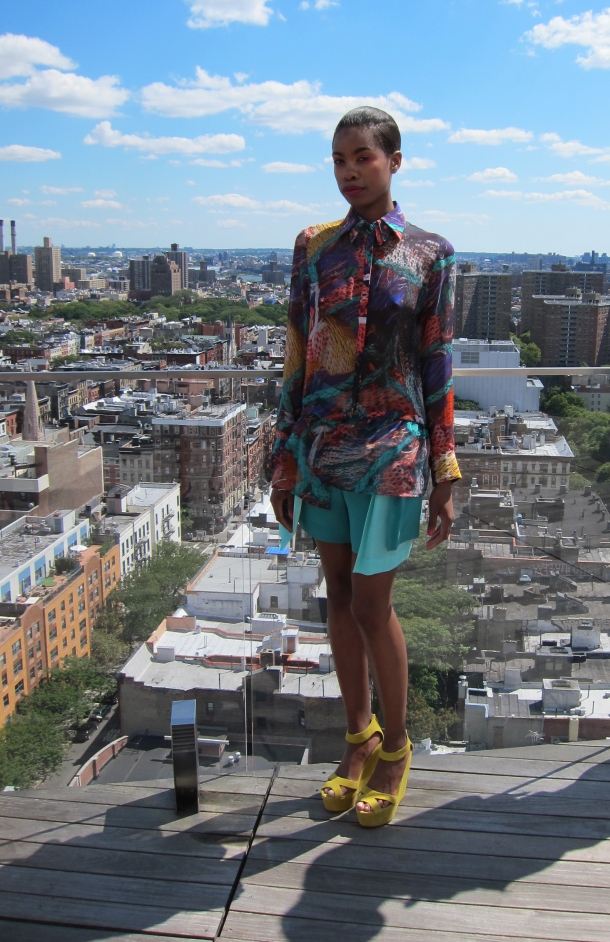 Resurrection and rebirth became central themes for Ann’s life as she returned to New York and began to design her new collection. Ann’s stunning close up photograph of the colorful sea ropes became the signature print for the collection. Utilizing mixed media, transparency, and blocking techniques, the collection features a vibrant and unexpected palette of sea foam, jade, spearmint, navy, teal, melon, and citron mixed with neutral shades of sage, ivory, taupe, and grey yo round the color story. Like a phoenix rising from the ashes, Ann Yee’s Spring/Summer 2013 collection is full of life and renewed possibility. Full gallery below.[nggallery id=240]