Avoiding the Rain in St. Thomas

Before I opened my eyes I could tell that we had left the open sea by the sounds: men yelling as they docked the giant ship, trucks arriving with fresh supplies, roosters crowing off in the distance, and birds chirping in the trees. Ok, not chirping…more like cawing – if you’ve ever heard an angry parrot, or better yet twenty of them, you’ll know what I mean!

After our last port of call was canceled due to bad weather, we had been confined to the ship for nearly three full days surrounded by water for as far as the eye could see. Although there is plenty to do on the ship, I couldn’t wait to put my feet on to dry land and all of those yells, beeps, crows, and caws pretty much guaranteed that today that would happen!

When I opened the blinds, I was excited to see that sure enough the view had transformed overnight from an endless blue horizon to lush, green, tropical mountains! 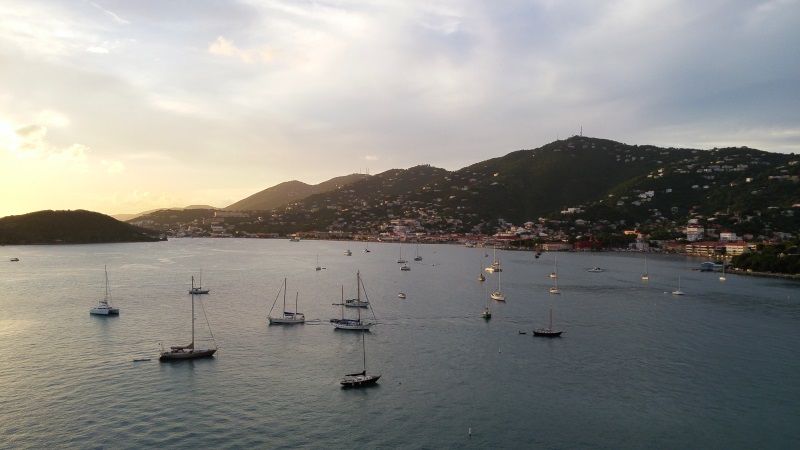 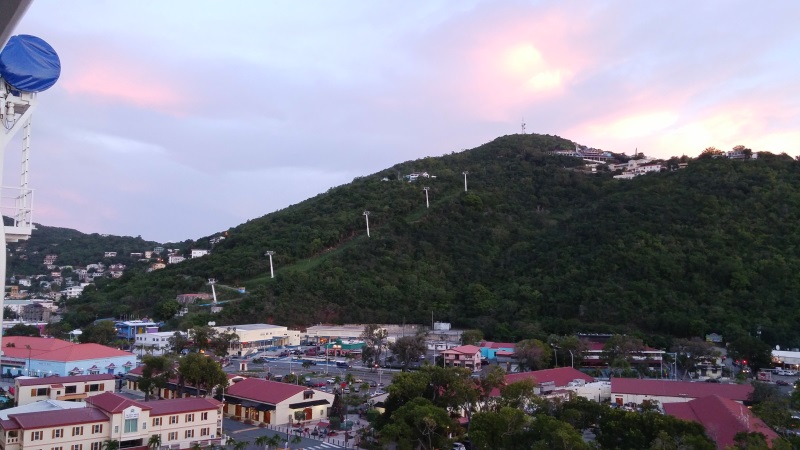 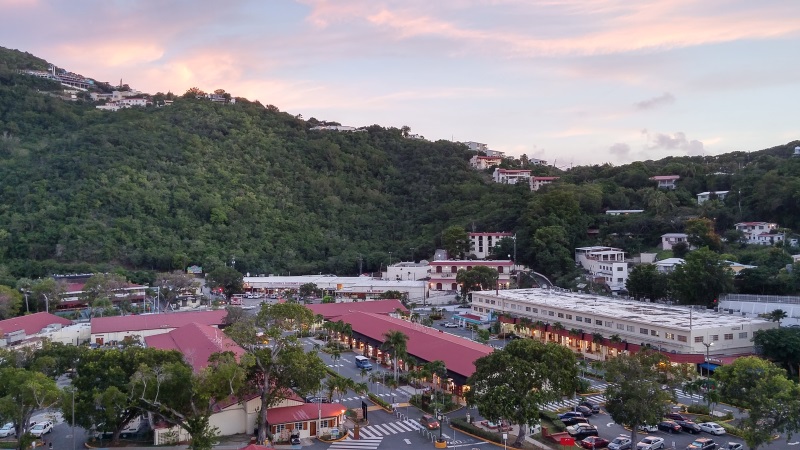 I was excited to show boo, but…

In fact, it appeared as though he was going to be sleeping for a long time – he had his silk charmeuse eye mask on and he was wearing ear plugs. He was lying on his back, breathing nice and steady, and he even had a half smile like he was having some grand adventure in his sleep. He actually looked really cute.

But I was anxious to get going.

I spent a bunch of time taking pictures from our balcony and eavesdropping on the neighbors as they discussed their plans for the day. They were going to hit up a restaurant they read about online and then check out Blackbeard’s Castle – as in the pirate Blackbeard!

I took a quick shower and got dressed.

Then, I put on some make-up…

Surely, he couldn’t sleep too much longer…

I started to think of ways we could save time once he finally did wake up so we could exit the ship quicker.

I went upstairs to the buffet station and made sure to get all of his favorite things: a red apple, yogurt, smoked salmon, a hard boiled egg (he would most likely throw out the yolk), and a little bit of bread. Since I noticed he had not been paying such close attention to calories as he usually does, I also got him a small assortment of cheese and pastry. I wanted him to have options…

I brought everything back to the room, ate my portion of the food, and then after what seemed like forever, he finally started to stir. (Amen!)

He took off his mask; yawned, stretched, squinted his eyes, acknowledged that we were at port for like two seconds (without even getting out of bed) and then… realized that for the first time in about three days he has an internet connection and proceeded to browse the web and ‘check a few e-mails’ on his phone!!!

In between the browsing of the web and the checking of the e-mails, I proudly (and as pleasantly as possible) displayed the lovely breakfast spread that I had brought back to the room.

[insert look of complete confusion on my face. he has literally been eating the same exact things for breakfast for as long as I have known him.]

My pulse picks up a little with the thought of how much time that is going to take away from us being ready to get off of the boat. I tell myself everything will be OK. Boo hasn’t been this excited about food in a while, I should probably roll with it.

So, we head all the way back up to the buffet station, which is relatively quiet at this point because most people are now in line to get off of the ship.

The view of the island from here is spectacular.

While boo ate, I sipped on an unsweetened iced tea and started to map out our day:

Then, we’d stop by the Harley Davidson shop to pick up a souvenir for my Aunt and Uncle…

If we had enough time, we’d take the gondola to the top of the mountain to see the views from there, (according to the informational packet, the entrance to board the gondolas is right by the Harley Davidson shop).

If there was any time left over, we’d explore the shops that are located by the port to pick up a few souvenirs…

The captain reports over the intercom:

“This is your captain letting you know that we’ve arrived in St. Thomas. The weather is nice and warm…as usual, ha, ha, ha. We will be starting the debarking process shortly. Please report to your designated zones to help keep the process as smooth as possible. Enjoy your day at St. Thomas!”

O.M.G. (Can you please eat. Any. Faster???) Boo notices me staring at him and smiles innocently.

Deep breath. This is good. We’ll avoid the crowds and long lines. Yes…it’s ok; as soon we we finish up here, we’ll be on our way.

But…Nooo, that’s not what happened at all!

No, we couldn’t just have breakfast and then go explore the island, because after breakfast, boo decides he wants to take a nap. (I nearly lose my mind at this point).

We start to bicker. I explain that he hasn’t been awake long enough for it to be considered taking a nap and that it’s more accurate to say he is going back to sleep.

Fifteen minutes later, boo is sound asleep, once again in his full eye mask and earplug combo. He doesn’t look cute anymore. I want to punch him…

I storm out to the balcony with my journal, camera, and a pair of binoculars…

A band ensemble dressed in uniform starts to set up where the debarking platforms are. A few minutes later, they are playing the most fun, upbeat music as hundreds of passengers leave the boat at several different exit points – all smiling, dancing, and taking pictures!!!

I still want to punch him.

Big breath. Ok, let’s have some fun with these binoculars.

I’m guessing that it’s probably about a 15 minute walk, maybe a little longer if we stop at some of the shops along the way. No biggie. We just saved at least $15 in cab fare with this knowledge!

I doodle out the path we will take to get there. See, this isn’t so bad I try to tell myself. 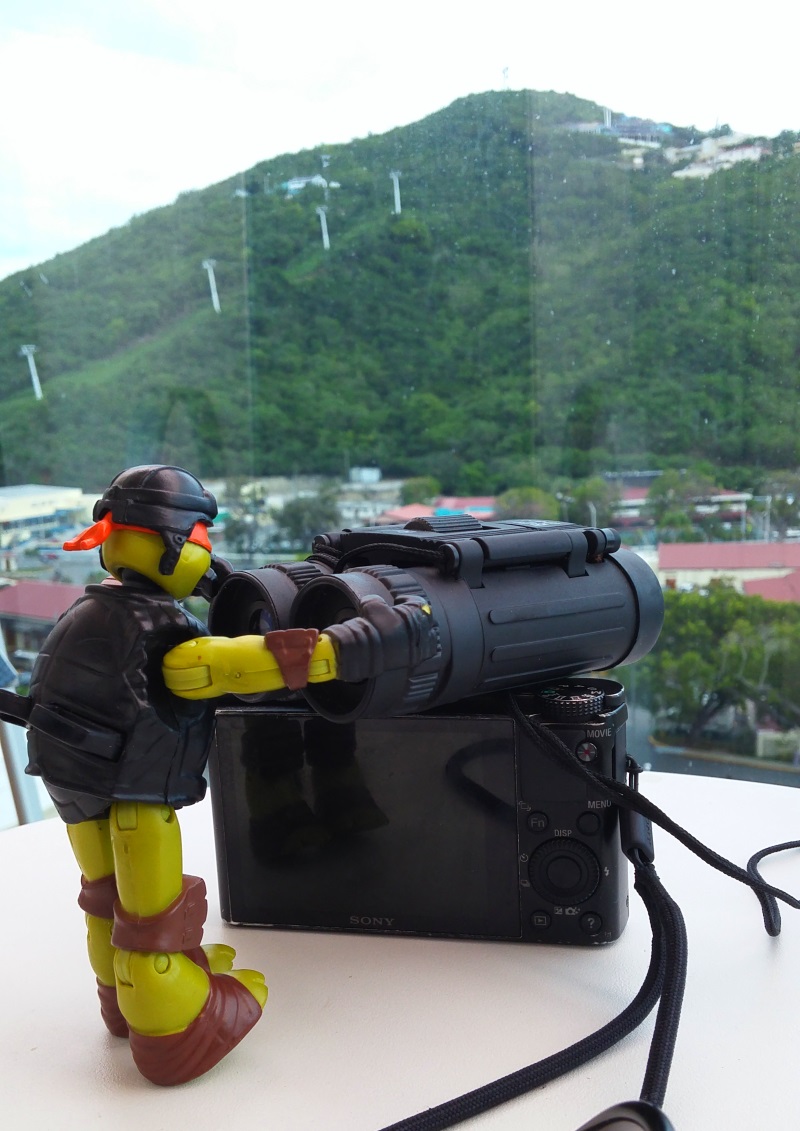 Then I start to get really angry that he is sleeping the day away – we were only going to be docked at Saint Thomas for less than a day and I wanted to make the most of our trip!

I could go out on my own, but that wouldn’t be as much fun.

Finally, I couldn’t take it anymore and so I angrily shook the slumbering boo awake!

“Wake up, wake up… I can’t take being trapped in this room anymore – I need to go out and explore!!!”

At this point, I was in complete panic mode.

Boo was not very happy and he genuinely seemed confused.

Another brief argument ensued. Boo agreed to be ready in 15 minutes and headed into the bathroom to wash up.

It starts to downpour. As in the sky opened up and began dropping torrential amounts of water over the port. From our balcony, we could see everyone running for cover and/or getting completely soaked!!

I was now in an awkward predicament because I had just woken him up from a deep sleep and now here we were trapped in the room anyway because of the rain. But hey, at least we weren’t getting soaked right?  hehe…right…not getting soaked?

Um…I gave him an awkward smile.

He gave me an awkward smile back. We hugged. We sat out on the balcony and laughed at the people running from the rain while we ate the cheese and pastry that I brought back from the buffet.

30 minutes later, the sun came back out and we walked right off of the ship avoiding the crowds; happily dry and on our way to Blackbeard’s Castle! 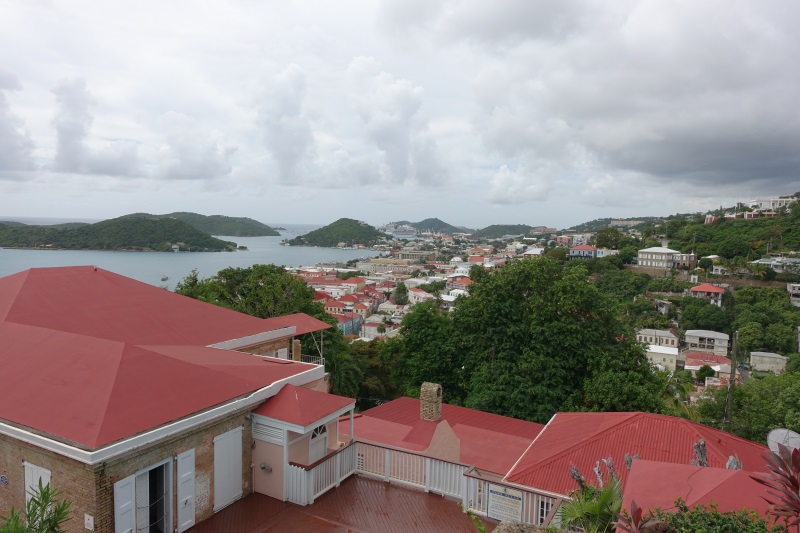 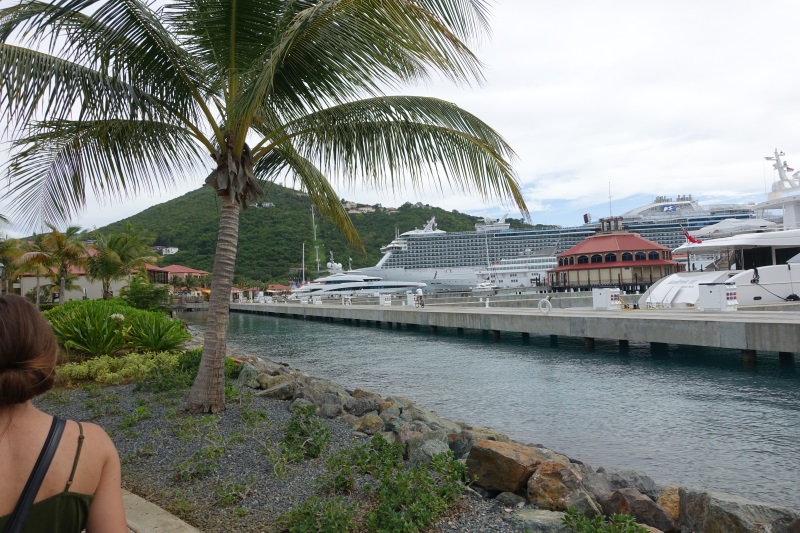 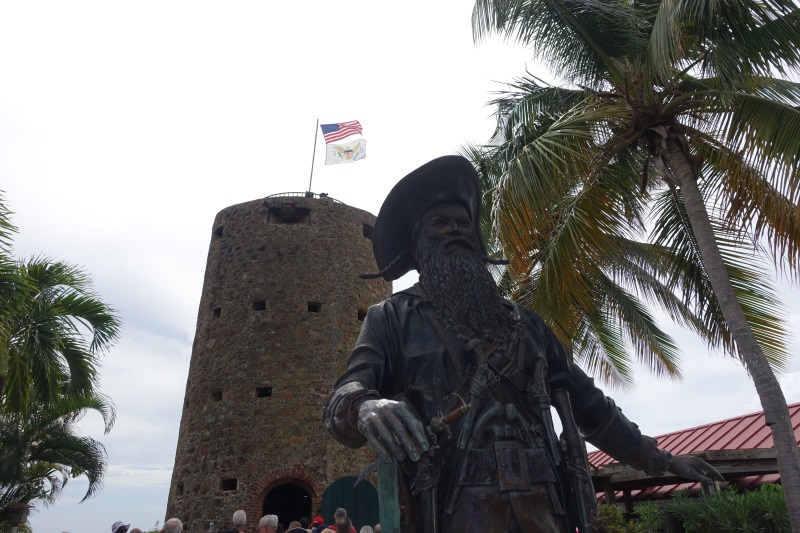 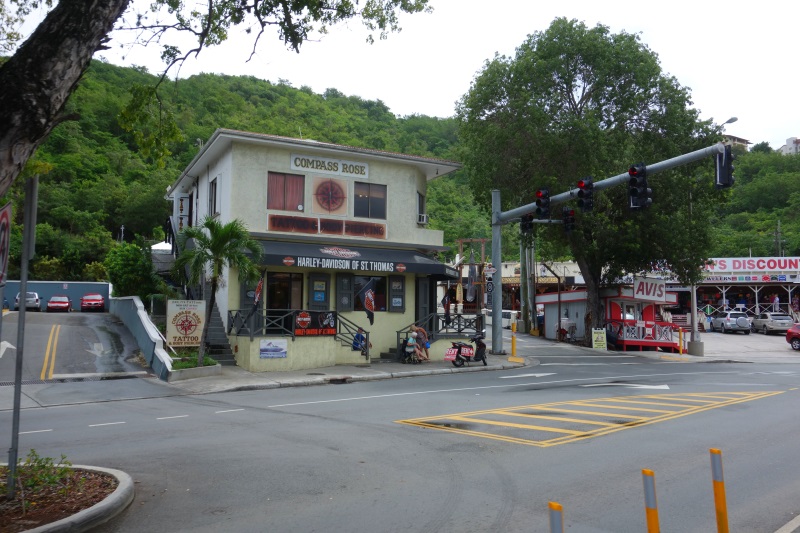 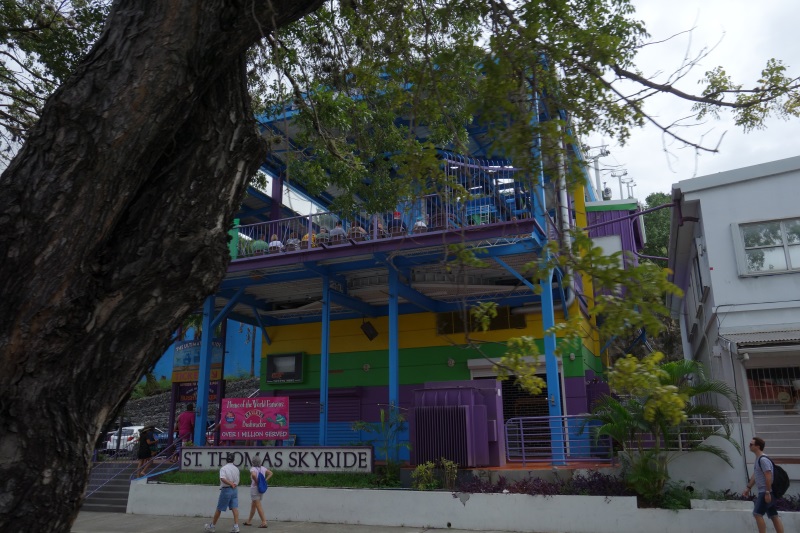 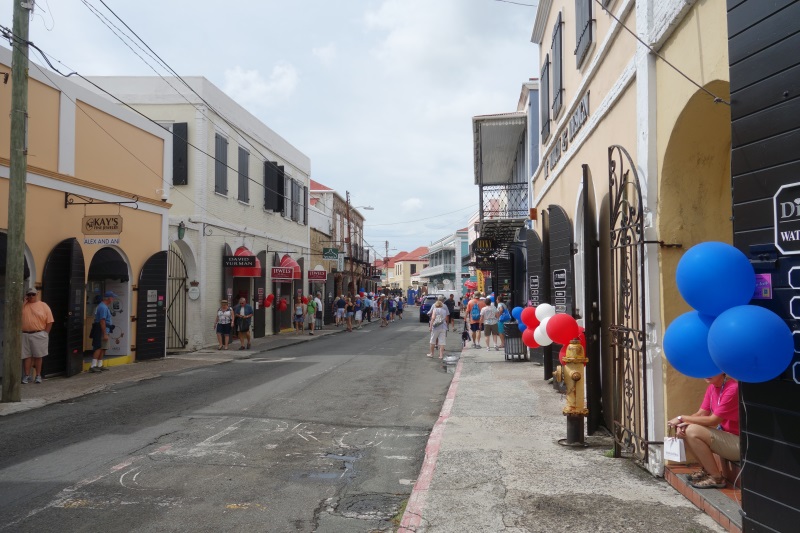 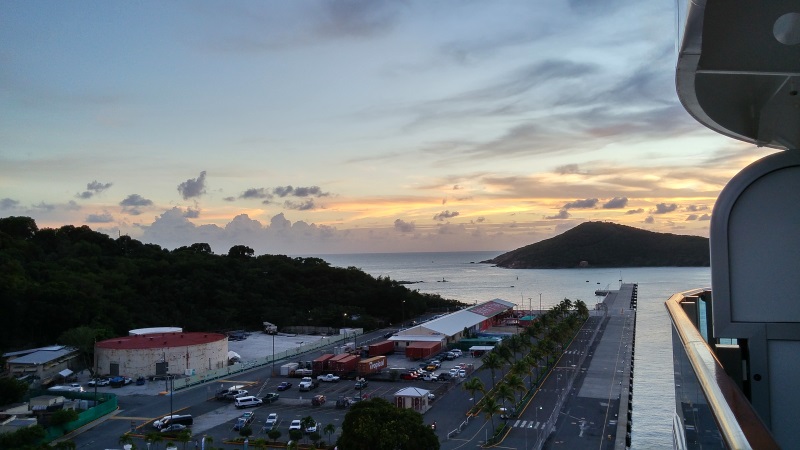 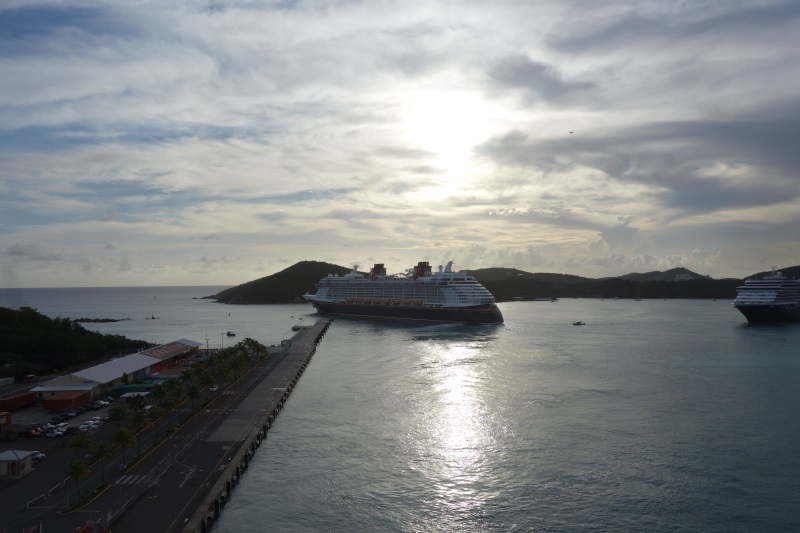 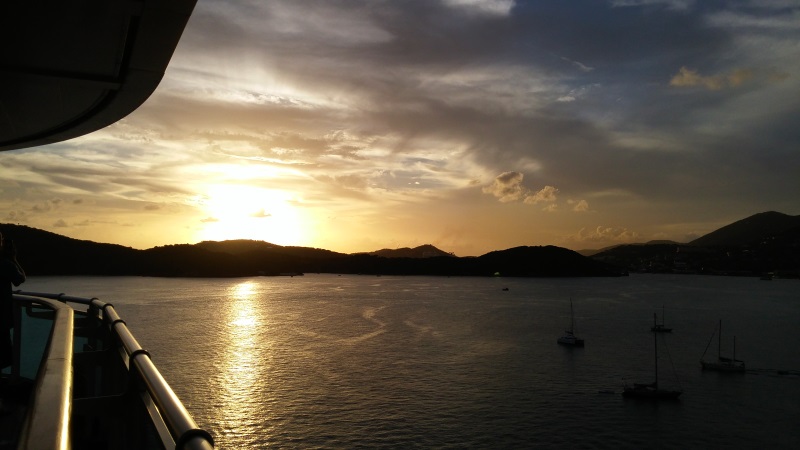