I’m %100 in love with New York City and one of the many reasons why is that the landscape is always changing and exciting installations are always taking place, offering some of the best of the best when it comes to art and entertainment. The SeaGlass Carousel in Battery Park is the perfect example of this…

Having no idea that the project was even taking place, I was drawn to the bright, colorful lights as I walked through Battery Park, on my way to dinner. I was running late and there was a long line leading into the building, so I made a mental note to stop by after dinner to see what all the excitement was about.

Turns out, it was the grand opening of the SeaGlass Carousel – a project created by Warrie Price, founding president of the Battery Park Conservancy, as part of a plan to redevelop the park!

Unlike a traditional carousel, there is no center pole and instead of show horses, there are giant fish for riders to sit on.

The fish weave and turn in a way that resembles a school of fish swimming underwater and LED lighting help add to the illusion of being undersea.

Music for the ride was created by Teddy Zambetti, a composer and music executive for SiriusXM, who adapted familiar classical themes by Debussy, Mozart, Prokofiev, Ravel, and Saint-Saëns. The overall effect is one that is both trippy and fun!

A single ride on the SeaGlass Carousel costs $5 and lasts for three-and-a-half minutes. Well worth it!

Note: After dinner, the line to enter was much, much shorter (less than ten minutes). Hours are daily, from 10AM to 10PM. Not all the fish move, so be sure to choose your seat wisely, depending on what experience you want. 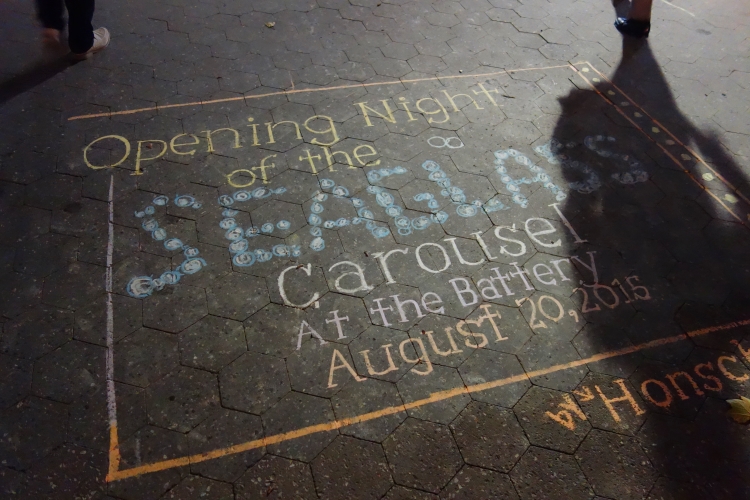 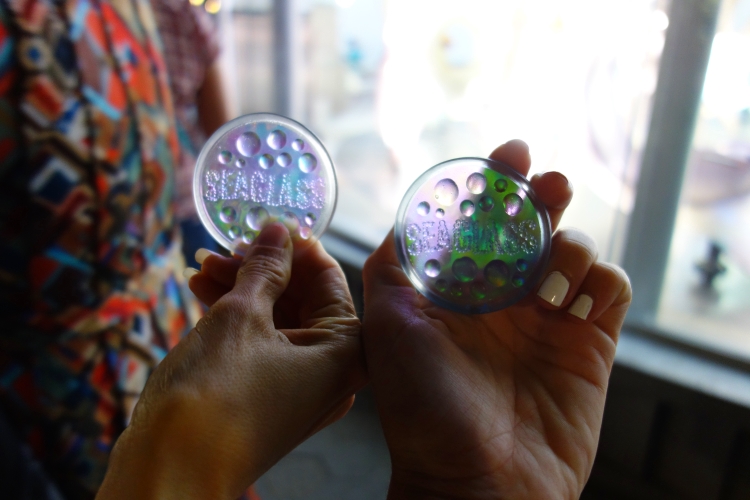 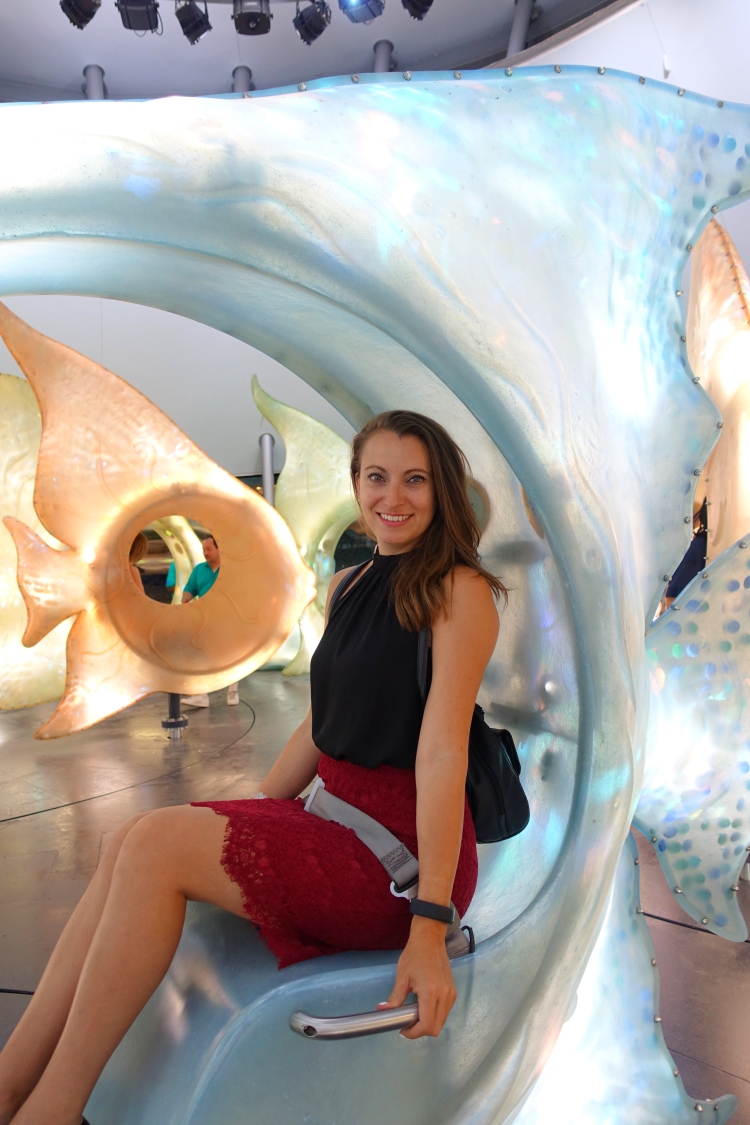