Omg, we were both so tired by the time we got to New Orleans!

But, we had VIP tickets for a balcony party overlooking the Mardis Gras festivities and we only had a couple of hours before it started. It was an all inclusive event too, with an open bar, a Cajun Buffet and a giant bag of complimentary beads to throw out to the crowds on the streets.

We pretty much checked into our hotel room, got changed, I threw on some false lashes and a fresh coat of lipstick, and we headed straight out to the restaurant/bar where we were spending the evening – a place called Cornet, located on Bourbon Street.

Since most of the roads were blocked off to car traffic, we decided to walk which was totally fine since the venue is only about a mile away from the hotel where we were staying (Harrah’s Hotel and Casino). By the way, Harrah’s was also the reason we were in town – they had offered us a complimentary hotel stay and tickets to the party.

The streets were really crowded and everyone’s energy (other than mine and Jacek’s) seemed to be at a ten.  I was still pretty tired from our flight and the chaos on the streets was a lot to take in. There were SO many people – from biblical groups preaching and carrying wooden crosses and shouting prophecies over microphones, to carts peddling poop emoji pillows and cotton candy. Of course, there were also a lot of drunk people. It was a fun-ish? crowd, but also definitely a bit overwhelming.

In addition to people, there were beads everywhere. Hanging off the trees, falling from the street lights and littering the sidewalks. As we walked, even more beads were raining down from the sky! Policemen stood by large barricades near the parade routes, and still more police officers rode through the crowds of people on horses. I cringed a few times when I saw drunk people reach out to pet the horses as they rode by.

Once we got to Cornet, we headed upstairs, got a drink, ate some food (seafood gumbo, jubilee shrimp, salad and rice & beans) and settled into a spot on the corner balcony where we could throw beads. The next few hours were spent watching the debauchery in the streets. Being tired, I appreciated having a quiet environment that still allowed us to participate, though a part of me felt guilty about the enormous waste of plastic and the amount of trash that was building up in the streets – us humans are wasteful creatures!

Eventually, the crowds started to die down a bit, and sometime around last call, we headed back to the hotel for some much needed sleep. Mardis Gras was a fun thing to do once, but I definitely don’t see it becoming a regular event for me to put on my calendar. 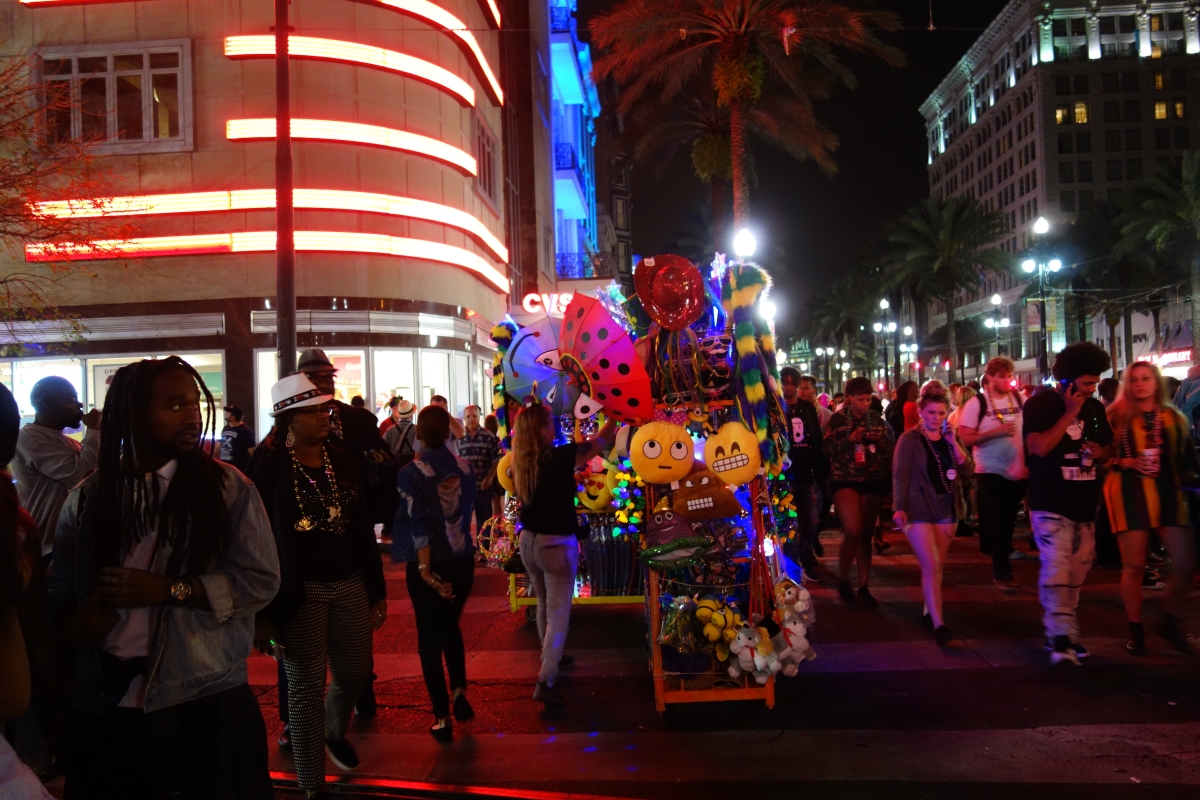 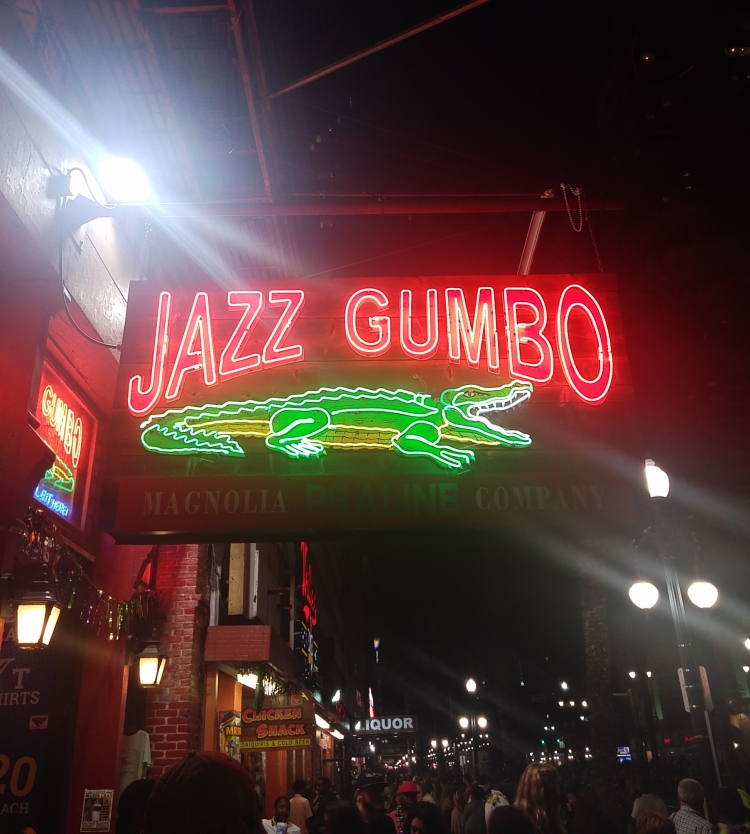 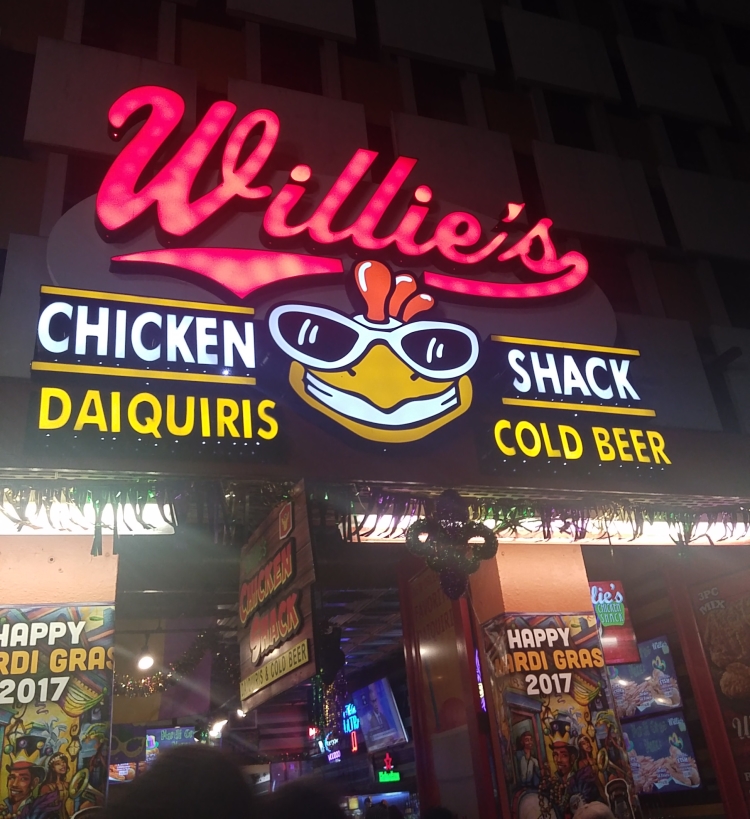 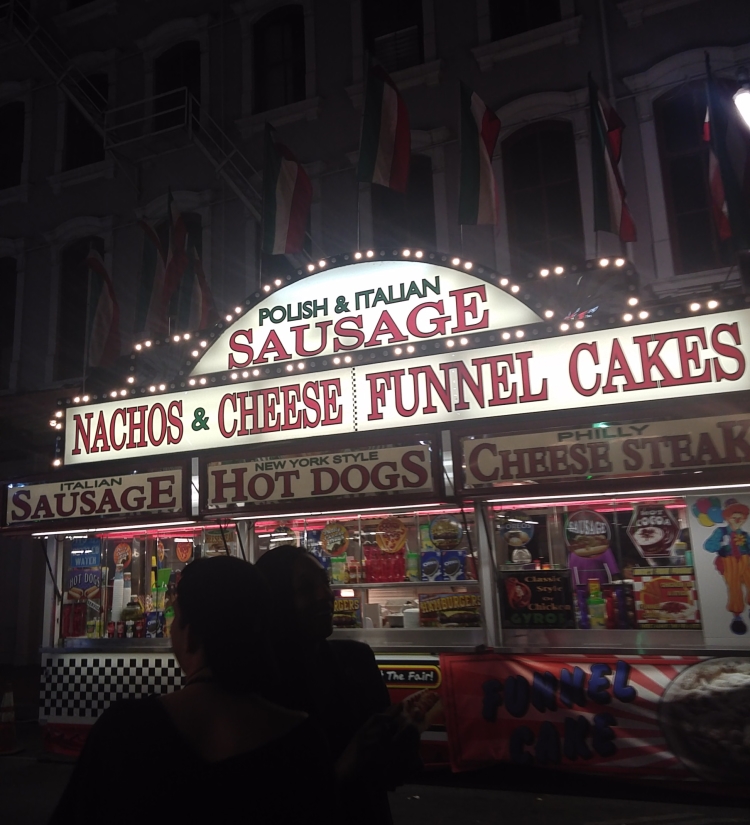 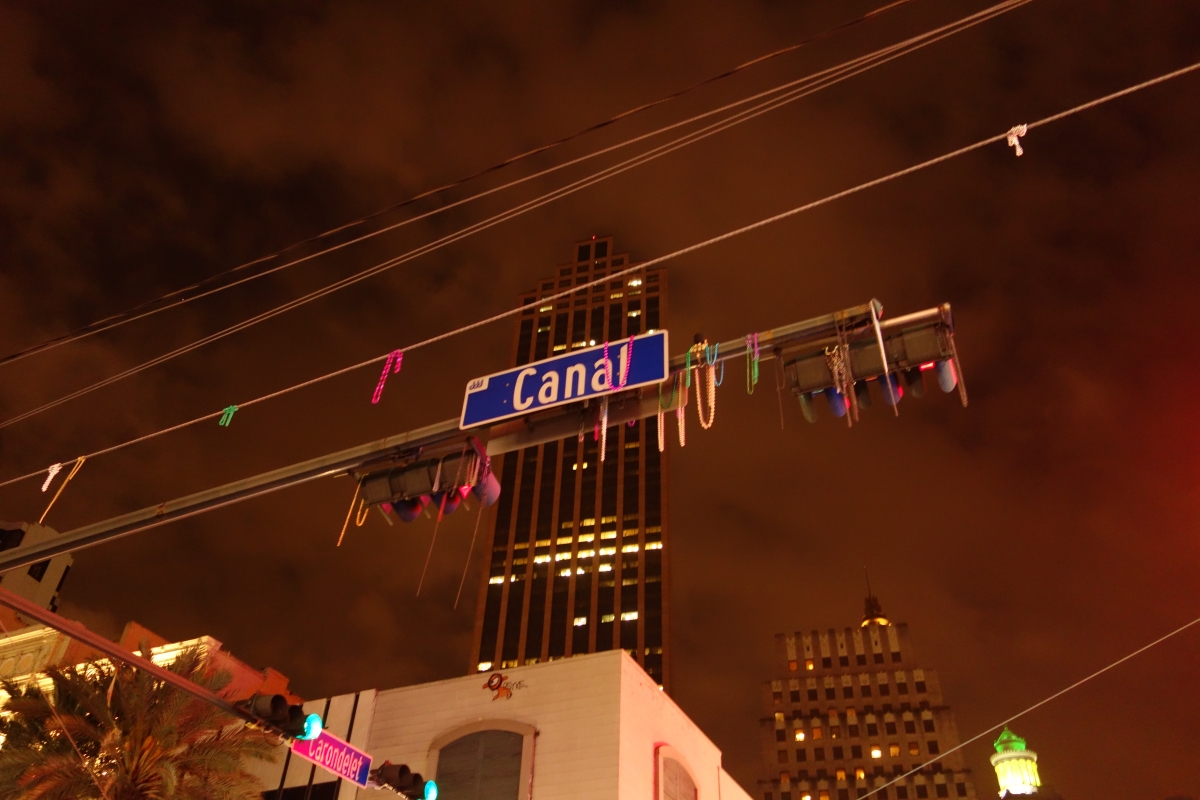 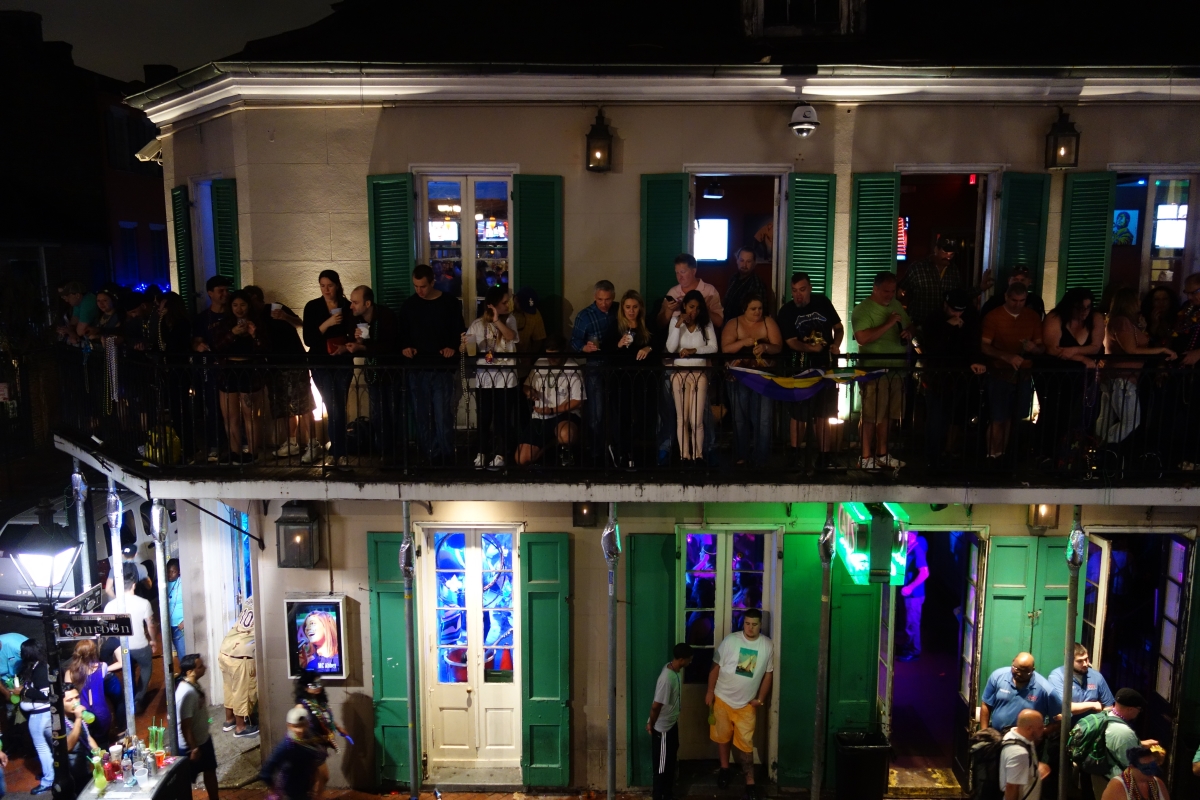 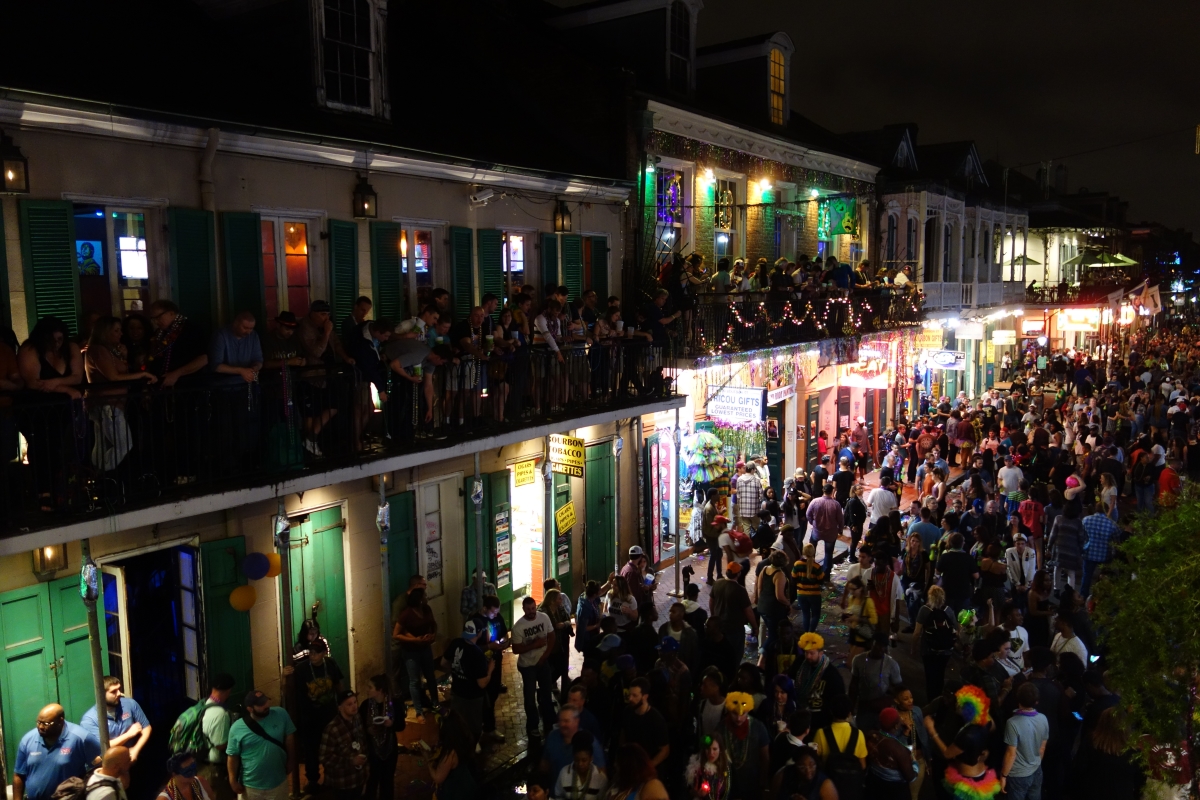 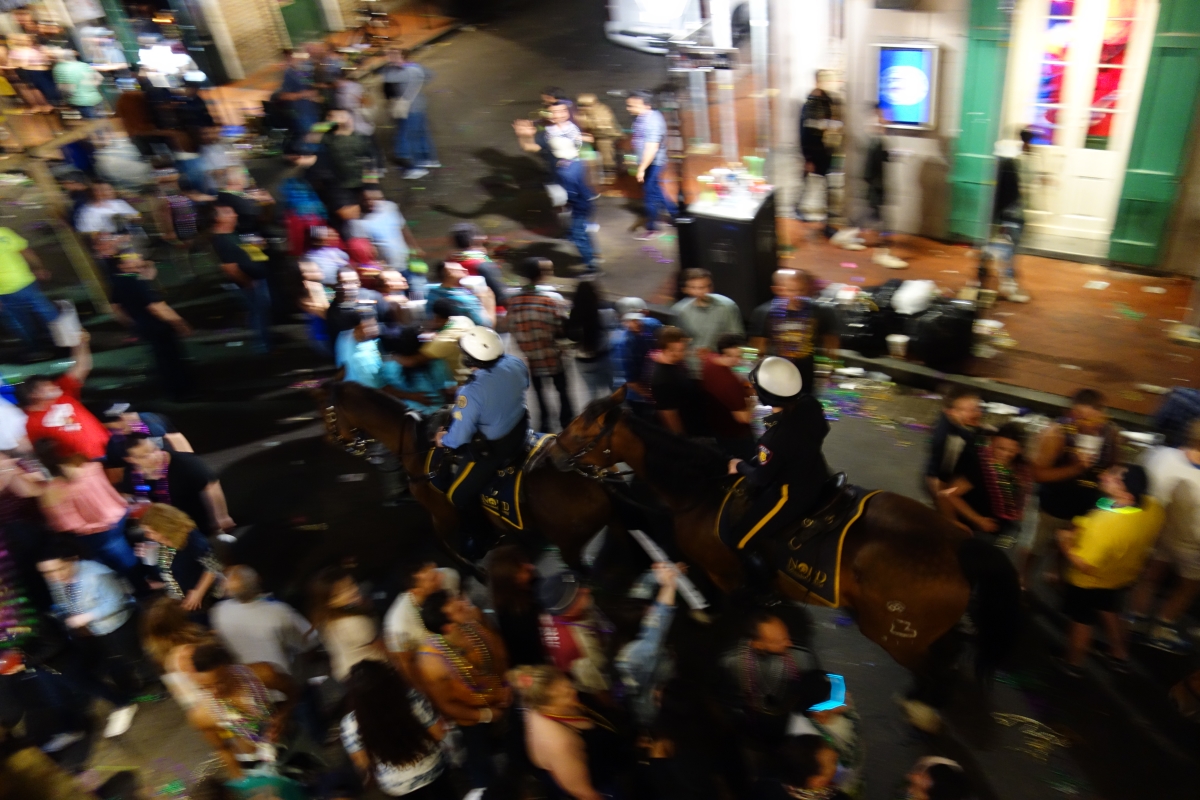 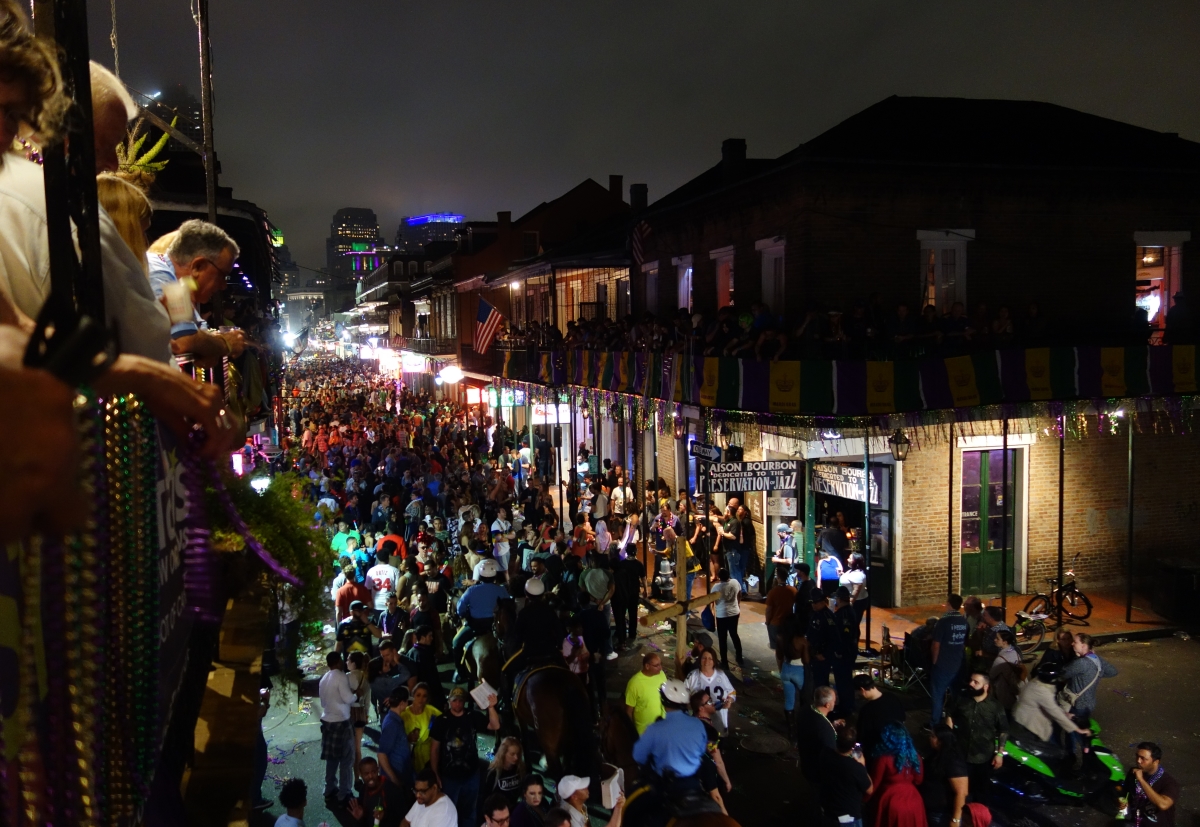 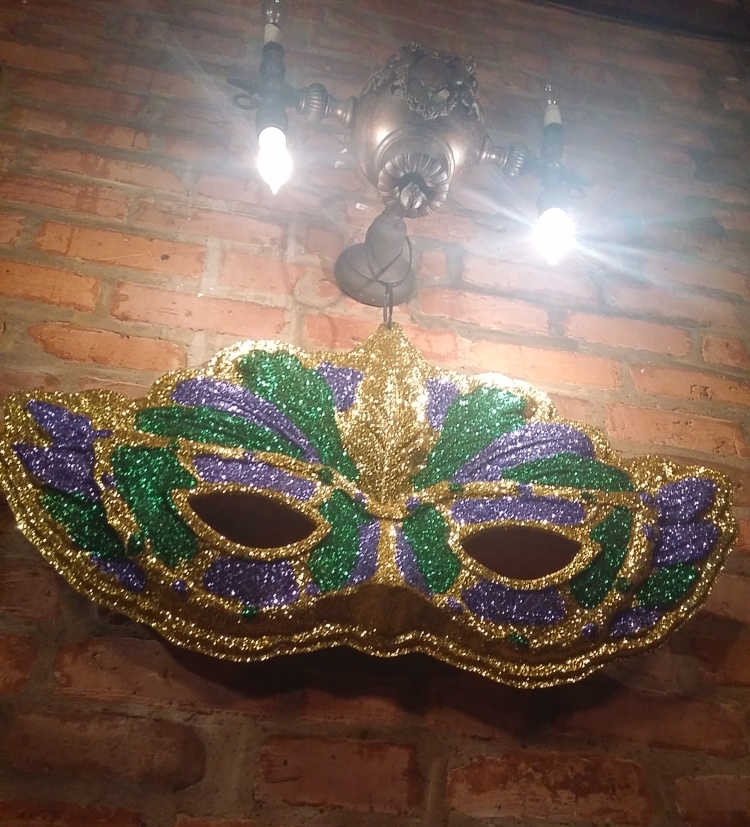