From the Monday after Christmas until New Year’s Eve, I enjoyed a very relaxing stay at the Bellissimo Grande Hotel, located just about three miles from Foxwoods Resort and Casino in Ct. This was my second time staying at the Bellissimo and both times I’ve had one of the hotel’s Presidential Suites with a King Size bed and Jacuzzi tub. The first time I stayed, my room also had an extra nice stand up shower with a rain shower head and side jets that created a really relaxing shower experience. During my second stay, the room’s shower was much smaller and didn’t have the nice shower features that the first room had. This time, the shower head was pretty basic and the shelves in the shower didn’t seem to hold more than a few of the mini sized bath products provided by the hotel. My own products kept falling off, which was both funny and also kind of annoying. The plus side to this second room, however, was that it had a fireplace. I was really excited that the fireplace was located at the foot of the bed and that the jacuzzi tub was in the main room with a view of the fireplace. Unfortunately, the fireplace didn’t give off any heat – I tried looking on the remote for a heat feature, but it didn’t have one; it was strictly for ambiance. There was also a bidet in this room, which I never used. (Does anyone?) More…

The Bellissimo Grande Hotel suites, and I believe the basic rooms as well, all have refrigerators in the room that are not stocked. I liked having the option of bringing my own food and drinks/mixers and having a constant supply of my favorite things that I didn’t have to pay a fortune for – I mean who likes paying $6 for M&Ms? For me, this also meant plenty of sugar-free Redbull, home-made Christmas cookies, bottled water, and a few items like a cheese & cracker platter that I picked up while there. Of course, I ate out as well during my stay.

While there are plenty of restaurants at Foxwoods and within the local vicinity (Mystic Seaport is only a short drive away), I really liked eating at the Bellissimo Grande Hotel’s restaurant, Tuscany (coincidentally, also the name of the fine Italian Restaurant at Mohegan Sun that I wrote about on Thursday). It’s very low key and perfect after a day at the casino – the service is good and the food is too. During my (2) stays, I ordered the burger, the salmon, the stuffed mushrooms, and a house salad with gorgonzola cheese (I ordered this both times – the balsamic salad dressing is incredible). The tables are in a hotel room-turned-restaurant and the restroom has the full shower set up, which is unusual for a restaurant. I kind of like that though since it makes me feel like I’m having dinner at someone’s house, or at least in their suite. There is a full bar and the bartender makes some pretty good martinis. Although the bartender seems to also be the server, there are usually managers walking around and helping assist.

I’ve ordered room service a couple of times during my stay and was pretty happy with both the food and service.

My room the first time I stayed at the Bellissimo: 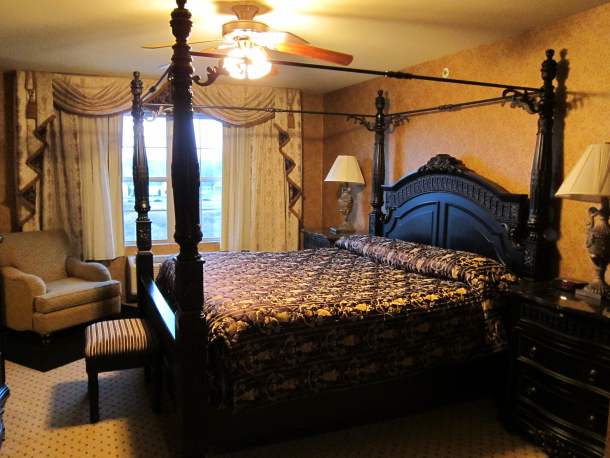 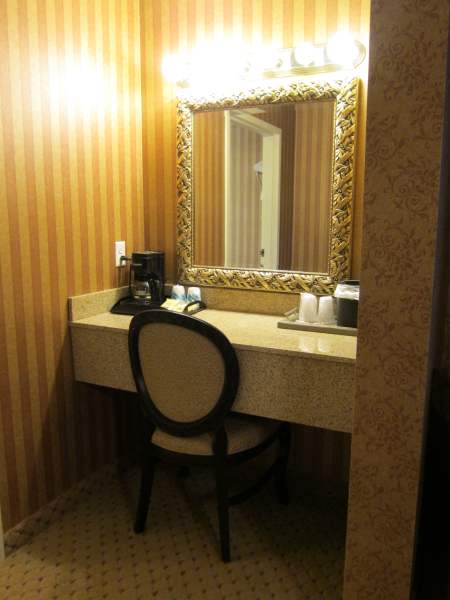 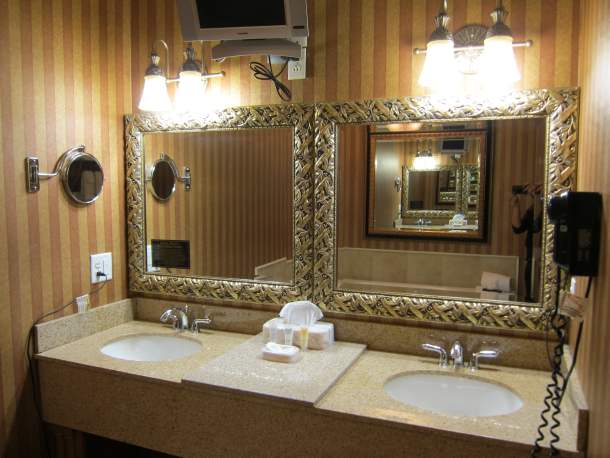 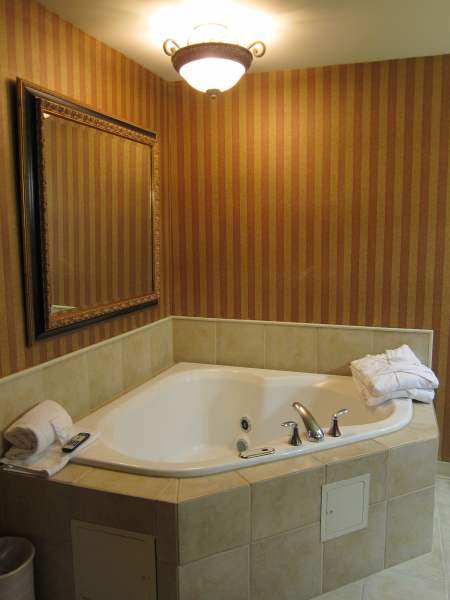 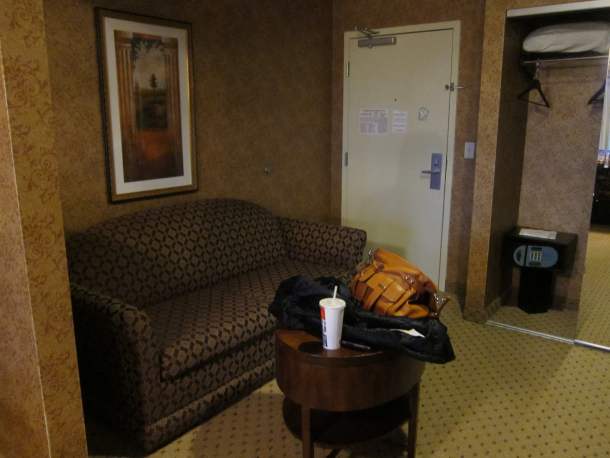 An example of a room with a fireplace: 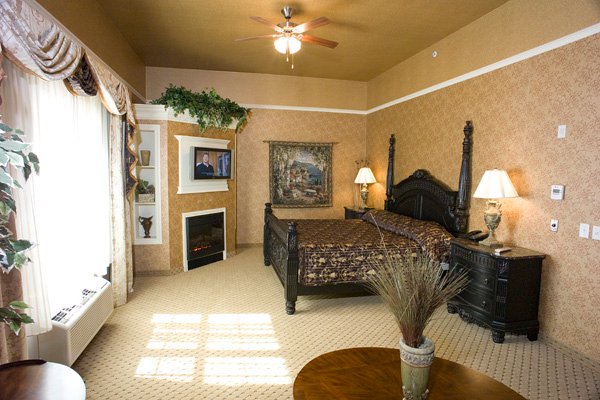 ***If you want to go to the casino, Bellissimo offers guests a complimentary limo service to and from Foxwoods. The limo service is perfect if you plan to drink or if you’re looking to meet other vacationers heading out to go gaming or to hit up one of Foxwood’s lounges or nightclubs.

Casino Tip: My two favorite slot machines are the penny and nickel slots such as Super Jackpot Party and Lucky Lemmings. The music combined with interactive, touch screen, bonus games provide hours of free drinks and entertainment. Plus, sometimes you do get a big win and walking away with more than you came with is always fun (of course, this works both ways, you should expect to lose and only bet what the entertainment is worth to you).

More recently, I’ve been learning how to play Blackjack and so I’ve been spending some time at the tables as well. I’ve taken the time to learn basic strategy, which makes a huge difference, and I’m finding that I like sitting at the table and playing cards just as much as I like the slot machines. It’s fun to talk with other vacationers and share in the excitement of a win or loss. I also like talking with the pit bosses who often lend their advice on playing strategy.