This morning, Express set out to host a Guinness Book of World Records runway presentation in Times Square by inviting anyone who wanted to participate to walk the runway!

The results? Express managed to break the Guinness World Record for the most people to ever walk a runway. And they were just getting started! The ground breaking fashion show was a teaser for their 2011 holiday show to be held in Times Square later Saturday night. 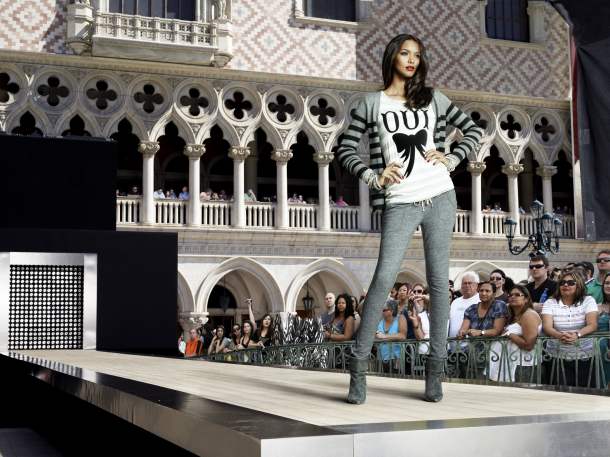 So what exactly does it take to break the world’s record for “the most people to ever walk a runway”? Let’s just say: The total number of models totaled an astounding 1,243 (the previous record was 521, set by Galeries Lafayette in Paris in 2010).

Express has been staging public outdoor runway shows in New York, Miami, and Las Vegas for a few seasons now and the impromptu nature of the events are  becoming more and more popular with not just passing spectators, but consumers as well.  All [elligible] participants of the fashion show were entered into a drawing to win a $250 Express gift card and a free photo of themselves on the runway.