Behind the Veil at Randi Rahm’s Showroom

New York’s top fashion and bridal bloggers gathered for an evening of cocktails and couture as designer Randi Rahm opened the doors of her Fifth Avenue atelier. The event, ‘Behind the Veil’, celebrated the end of a two-day preview of Rahm’s Couture Bridal Collection by exclusively inviting the blogosphere into her Fifth Avenue atelier, revealing for the first time prized pieces from her celebrity archive.

“The lights of Fifth Avenue shine through Rahm’s showroom windows and really highlight the micro beading and stone encrusted gowns- you can’t explain the extent of the workmanship. It’s beyond!” explained Keewana Grant of Noise 784. Gowns, cocktail dresses and skirts displayed along the walls of her third floor showroom and dressed mannequins scattered throughout the event space, including garments worn by Beyonce, Mariah Carey, Halle Berry, Jennifer Love Hewitt, Julianne Hough, Eva Longoria, Nicole Scherzinger and many more. Rahm even featured custom performance pieces for Carrie Underwood and Ashanti, as well as custom designs for Joan Rivers and Vivica A. Fox. More…

“I touched with my hands the dresses that some of the most important celebrities had worn. Yes, because Randi Rahm only creates one dress of each kind. So there are no other copies nor identical models, and needless to say, some of them still smelled like the red carpet,” stated Margaret McConnell from the blog The Peach Provocateur. 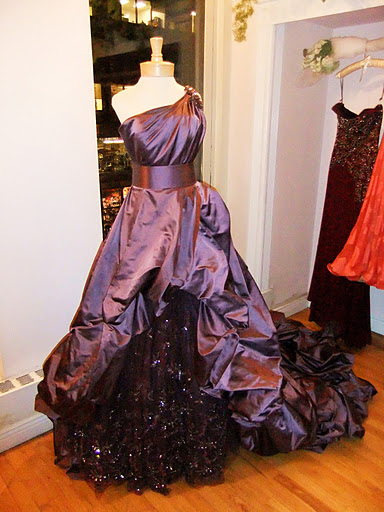 Behind the Veil at Randi Rahm Showroom 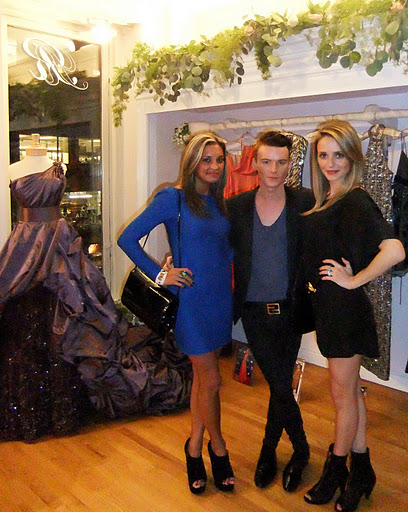 DJ Mikey Pop kept the party moving as attendees sipped on champagne and the Randitini Cocktail and snacked on flavored popcorn and Stuffed Cupcakes by Maureen Jaret.

Intricate detail and exquisite quality are the trademarks of couture designer Randi Rahm, whose hand-beaded and bejeweled creations have graced the pages of major magazines and illuminated red carpets worldwide. With a diverse client base ranging from Hollywood’s A-list actresses to socialites and corporate executives, Rahm is fast becoming one of fashion’s hottest style-makers.

As a modern American couturier, Rahm is known for her luxurious fabric patterns, signature beadwork and intricate embroidery. “The women I design for do not want to look like everyone else,” Rahm stated. “Many of my clients are in creative fields such as music and the performing arts, so they understand and appreciate the experience of expressing their persona through the clothes they wear.”

Rahm distinguishes her work through use of dramatic color combinations and constant experimentation with actual diamonds and rare, precious stones delicately applied by hand at her Fifth Avenue design studio. The result is designs that go from simply stunning to super glamorous in the tradition of old Hollywood.