With Mercedes-Benz Fashion Week comes plenty of celebrities. On today’s list of ‘to be seen’ are Kelly Osbourne, Rumer Willis, Kellie Pickler, and Lauren Bosworth who were all spotted at the Badgley Mischka Fall 2011 runway show.

Mark Badgley and James Mischka have been hailed by Vogue as one of the “Top 10 American Designers” and as the darlings of the Hollywood set. The design duo has made their mark over the past two decades with glamorous, stylish and wearable evening wear and accessories. 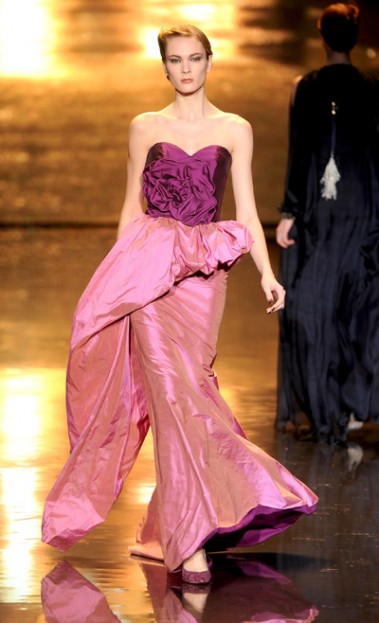 Since joining forces in 1988, Badgley Mischka has captivated both the fashion press and prominent retailers around the world with a sophisticated style that caters to a young, modern couture customer, without forsaking women of any age. “Our style harks back to the glamorous Hollywood of the Forties,” says Mischka. “The Badgley Mischka signature style is simple, streamilined and thoroughly elegant.”