My stay at the Renaissance Resort and Casino was an all inclusive deal which allowed me to sample some of the resort’s finest cuisine including a prix fixe dinner at L.G. Smith’s Steak & Chophouse. 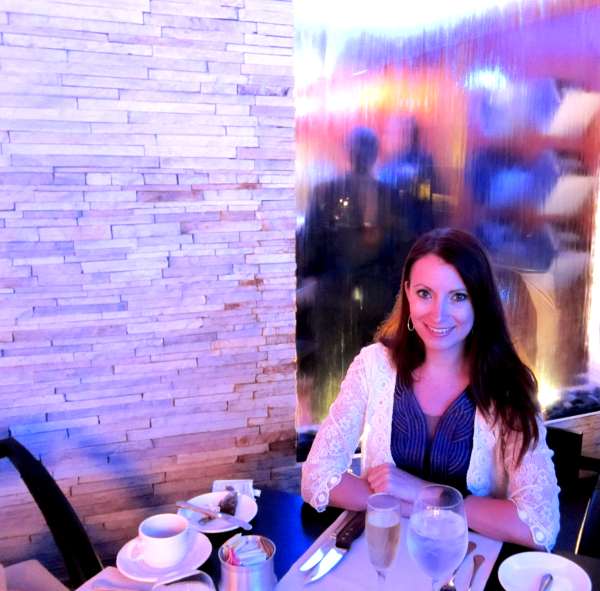 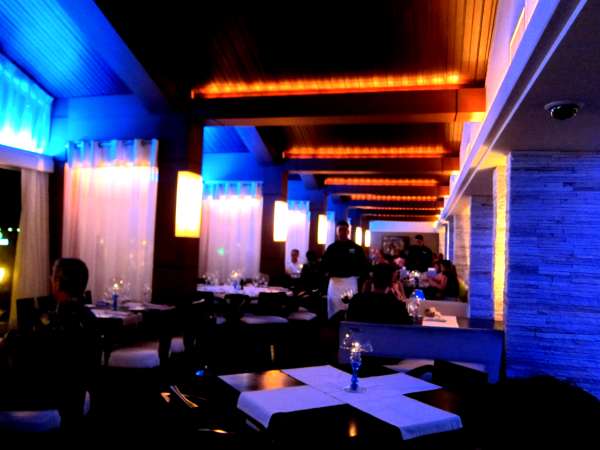 My experience began with bread sticks & hummus, as well as seasoned rolls with soft butter and Olive oil. 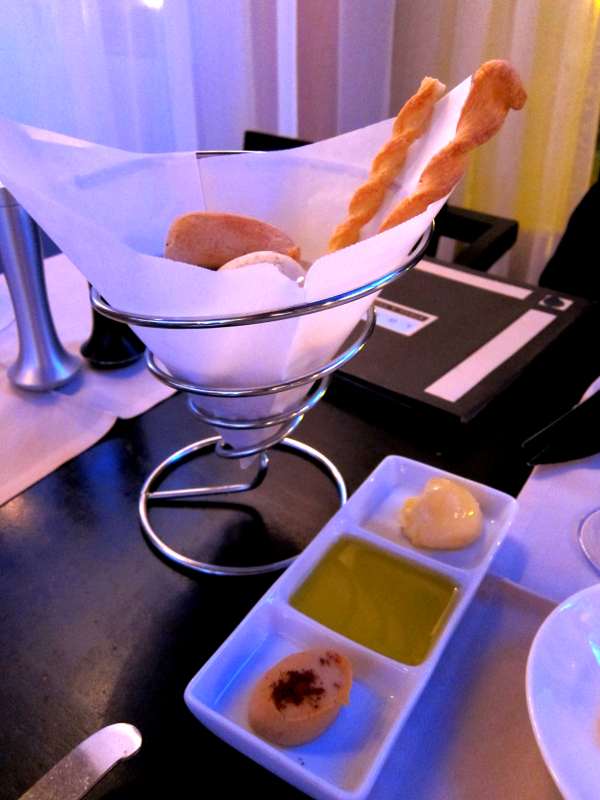 I was able to order a few of the appetizers including the Caribbean Sampler (home made crab cake, certified Angus Beef carpaccio, shrimp cocktail and calamari), the tomato cream soup garnished with crispy tortilla strips and the Caesar salad topped with  croutons, Parmesan cheese and fresh anchovies! 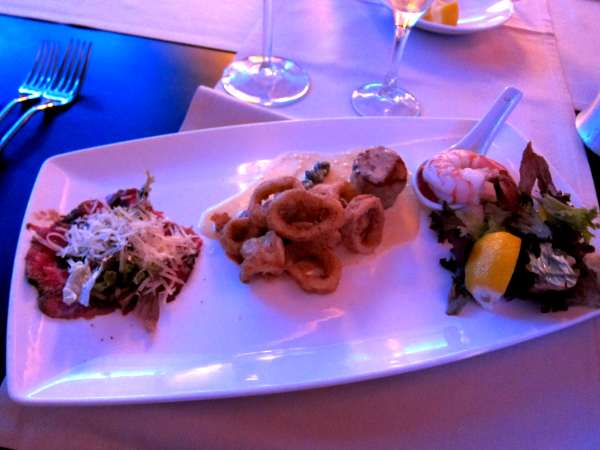 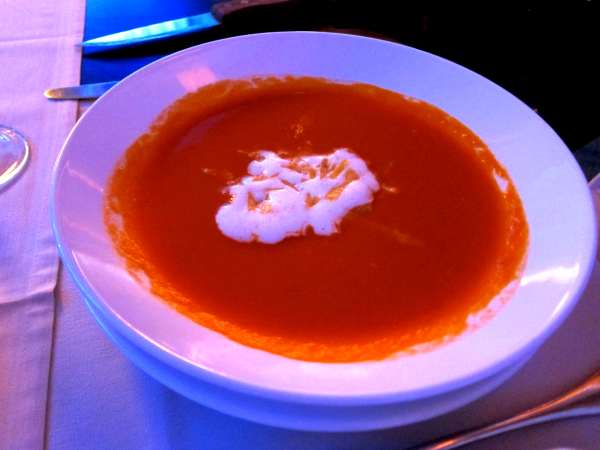 For my entree, I had the mini surf & turf with creamed spinach and mushrooms! The 4 oz steak was surprisingly cooked to a wonderful, medium rare and seasoned to perfection! While larger portions were available, I opted for a ration I could reasonably finish in one meal. 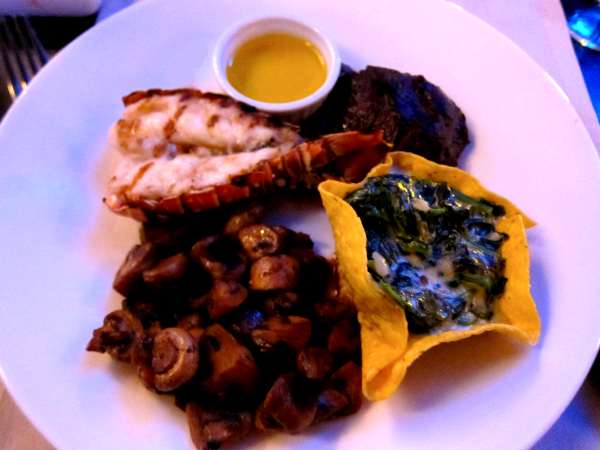 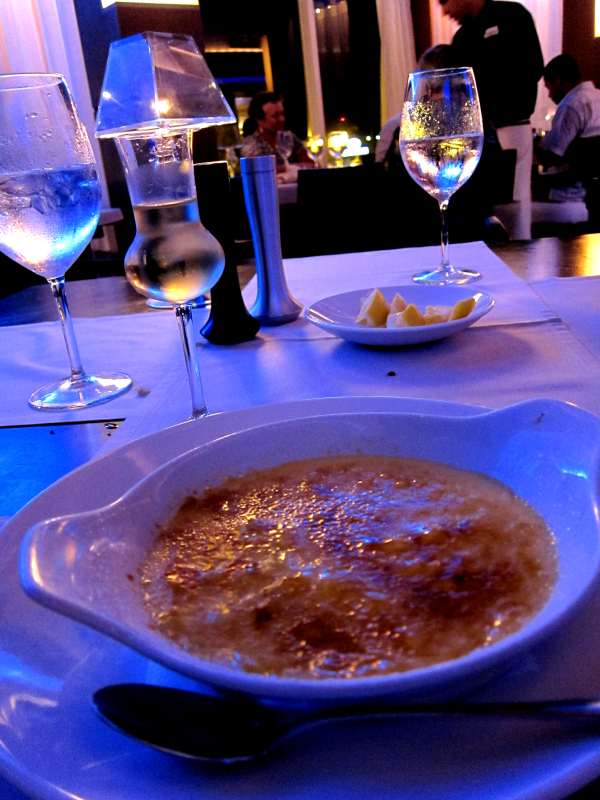 Of course, let’s not forget the sparkling wine… 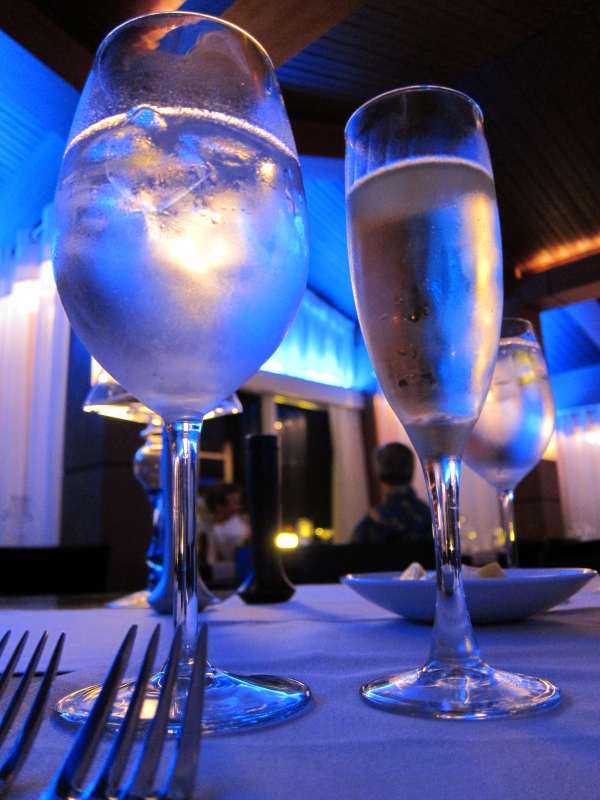 I couldn’t quite finish the chocolate cake – I loved how the server wrapped my dessert to go!!! 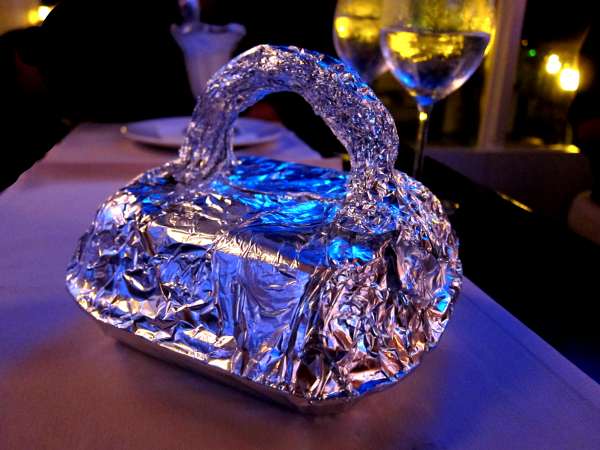 L.G. Smith’s Steak & Chophouse was a wonderful experience. The food was delicious, the staff was friendly and eager to please and the ambiance was relaxing and posh. I definitely would recommend taking advantage of the dining experience – especially if staying at one of the Renaissance properties.

Who was L.G. Smith you ask?

Well, here’s his story – direct from the menu’s insert:

“Once considered a “useless island” by the Spaniards who discovered it in 1500, Aruba has been home to many commercial ventures in it’s short history. These have included gold mining, horse breeding, cultivation of silkworks, tobacco, cotton, peanuts and cottage industires. However, aloe production and oil refining top the list of Aruba’s main industries.

Due to the island’s favorable geographical position and peaceful climate, the Lago Oil and Transport company Ltda. was established in Aruba in 1924. From 1932 on, the refinery was operated as a subsidiary of the Standard Oil Company of New Jersey. It is here that we meet Lloyd Gaston Smith, a man associated with Lago since 1927.

General Manager since 1933, the late L.G. Smith became Vice President of Lago on March 2, 1942. He became Lago’s first President in 1944. After serving a two – year term, he returned to the States to work at Standard Oil’s New York office. In his honor, the government of Aruba inaugurated a bust of L.G. Smith in fromt of the Cultural Center on September 16, 1961. Also, an Oranjestad throughfare was named after him. [Oranjestad is the name of the town in Aruba where I was staying – also, where the L.G. Smith Restaurant].

The Lago refinery had an enormous impact on Aruba’s development. In Lago’s early years, thousands of foreign workers hailed from British and Dutch islands, and many new businesses developed. The English spoken at Lago by the laborers and the American staff became Aruba’s second language.

Lago grew into a huge refinery covering 11 square kilometers, with more than 60 chimneys and 300 storage tanks. 340 million gallons of seawater were pumped daily. Hundreds of tankers brought crude oil from Lake Maracaibo in Venezuela to be processed. Largely due to Lago, Aruba’s population increased from 8,700 in 1924 to about 60,000 in 1972. There were 8,300 employees at Lago at its peak in 1949. But increased costs and competition, decreased demand, and its inability to compete with modern technology forced the refinery to close down in 1985. It later reopened under new ownership.

Since then, Aruba has become one of the most popular vacation destinations, enjoying one of the highest hotel occupancy rates in the Caribbean.”

Today, L.G. Smith is one of the finest dining at the Renaissance hotel.