Richie Rich’s Fall 2011 Collection contained a wide range of club wear, av ante garde, and barely there ensembles. Shimmer was mixed with ruffles, mixed with socks, paired with tights, ripped leggings and sequin and patent leather heels. The models wore their hair in teased up – dos, braids, and soft waves. While consistency was not apparent, the spontaneity of the looks was fascinating and fun to watch.

I especially loved the pairing of colored tights with sheer socks and heels.

Closing the show this season was JWoww of “The Jersey Shore” who  followed in the footsteps of Pamela Anderson, who closed Richie’s Fall 2010 collection in a barely-there silver jumpsuit. For the Spring 2011 collection, Ellen DeGeneres surprised the audience by walking the runway. 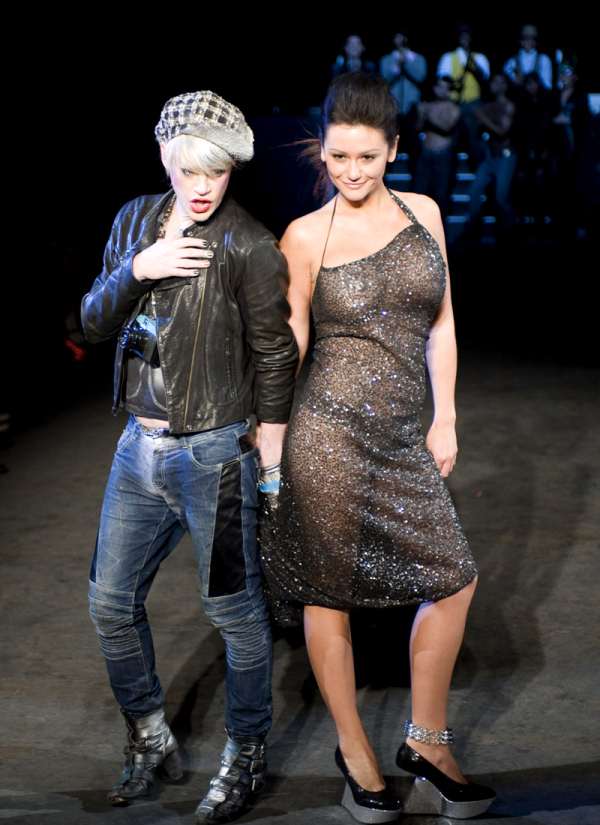 Richie Rich and JWoww of "The Jersey Shore"

Throughout the performance, the models played the audience (which was open to the public with proceeds benefiting the kids charities, Dosomething.org and CoockiesForKidsCancer.org) and were not shy about removing their clothing, exposing themselves (I saw a butt!!!) and/or making out with the other models! The show also included a performance by The Harlem James Gang which I took video of and will post as soon as it is edited.

After the show, Richie walked the runway talking and taking pictures with his friends, fans, and the press.

View More Photos After The Jump… 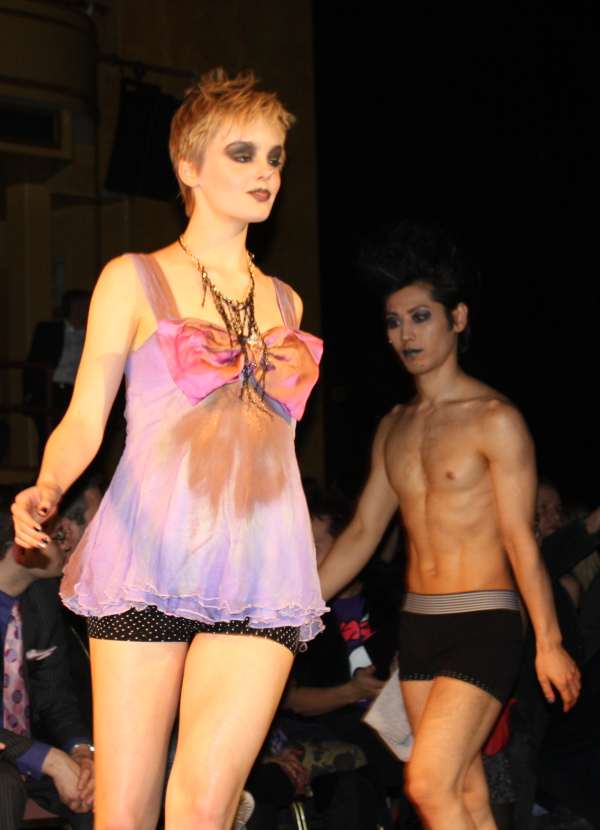