A love letter to the art, craft and music scene of America’s West Coast:

The wild creativity of the West Coast arts and crafts movement, the free spirit of rock festivals and the sun-drenched landscapes of California all infuse the latest Diesel Black Gold collection,

The pieces look handmade, as if patched and customized by their wearers. Colours are soft and diffuse: dusty pinks, greys and tans. Deeply rooted in Diesel’s DNA, a vintage feel runs through the collection, suggesting clothes that have been worn and loved through endless summers.

The edgy influence of rock and roll adds a sexy refrain. Hand-painted desert scenes and the quirky shapes of cacti – in the form of jewellery, bags or shoes – transport the wearer to the rugged side of California. The collection is fluid and contemporary, yet with a touch of nostalgia: look out for big pockets, leather piping, flared trousers and form-fitting jackets in suede and leather. Other pieces weave in floral and patchwork elements, recalling fashion experiments with “found” fabric, while natural elements like flowers and leaves keep up a very West Coast dialogue with nature. 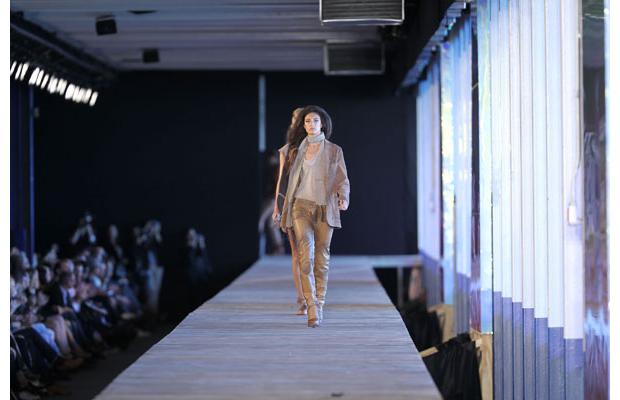 Outdoor festivals become pagan rites. An additional feature is the use of beading to evoke native American craft skills. Hand-stitched beading brings tradition into the modern world. Recalling the artisanal approach, the use of metal beads and other metallic hardware trace a direct line back to Diesel Black Gold. 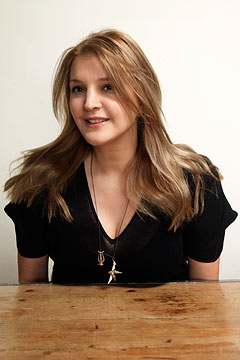 Born in Athens in November 1972, Sophia Kokosalaki moved to London after receiving her degree

in Greek and English Literature. While in London, Sophia decided to pursue a career in fashion,

satisfying her innate inclination and passion for artistic expression in all forms. Shortly after

College of Art and Design, a school that has historically turned out leading fashion designers,

Kokosalaki burst upon the fashion world with her elegance and refinement, becoming one of the

most promising and talented stylists on the international landscape.

From the moment it appeared on the scene, it received accolades and praise from international

press and buyers alike. The creative imprint of the Kokosalaki aesthetic was immediately

including the “Best New Designer Award 2001”, the “Art Foundation Award for Fashion 2002” and

After the launch of her first collection, Sophia was a guest designer for two seasons for the Italian

label, Ruffo Research, a collaboration which allowed her to expand her knowledge in working with

leather, a material that is repeatedly used in every Sophia Kokosalaki collection. Her first “major

league” exploit took place in 2004, when she created the costumes for the opening ceremony for

the Olympic Games in Athens. Shortly there after, Sophia decided to produce a collection for Paris

Along her creative career path, the designer had also found time to dedicate herself to crossover

projects that were not strictly related to her own label: Kokosalaki collaborated with the well-known

London apparel chain Top Shop for which she created “Capsule Collections”; in her capacity as

creative director, she contributed to the resurrection of the historic French maison de couture

Vionnet, and she has also signed a consulting agreement with the Japanese street wear giant,

In January 2007, Sophia Kokosalaki entered the orbit of the group, “Only the Brave”, directed by

Renzo Rosso who, through his holding in Staff International, acquired a controlling stake in the

brand. During Paris Prêt-á-Porter Fall Winter-2007 Fashion Week, the designer debuted with her

first collection produced and distributed by Staff International, which was immediately acclaimed by

fashion experts. Renzo Rosso stated: “I have never made acquisitions to increase the group’s

bottom line but only because I’m passionate about art, the sensibilities of certain designers and the

development of projects that are going to make them famous. In Sophia I have found someone

products for the woman of today. I am certain that within a short time this label will become an

important player in the world of contemporary luxury”.

modern vantage point – a perfect mix of Greek culture and everyday London: a vision out of the

past embedded in the present and projected into the future, completely restated with an avant-

garde outlook, which is informed by the British music scene and street culture.

Her homeland is evoked in soft and sinuous garments suggesting the peplos of ancient Greece,

with the interplay of lines, bias cuts and multiple drapings that make every single item of clothing a

work of art. Modernity especially emerges out of her leather garments, produced after continuous

refined down to the last detail.

who loves elegance and the originality of detail work, but who wishes to feel at ease in whatever

she wears. This is why Sophia puts research into building her collection, in which every single

garment must mold to the personality of the wearer and that, as a consequence, becomes unique.

The stylist herself has always said: “I like to design functional apparel that also allows you to look

Sophia was also costume designer for the classic play, Antigone, produced in 2005 in the Greek

amphitheater at Syracuse and directed by Irene Papas.

was in New York on February 16