Supermodel, Behati Prinsloo was there to kick off the big day and as you can see from the pictures, she looked absolutely adorable!!!

Behati told me, regarding the new NYC sports team wear, that she is herself, a Yankees fan. (Ahem, me too!)

While talking to reporters she playfully nibbled on a Yankees, base-ball cap that is both PINK and officially licensed MLB apparel. 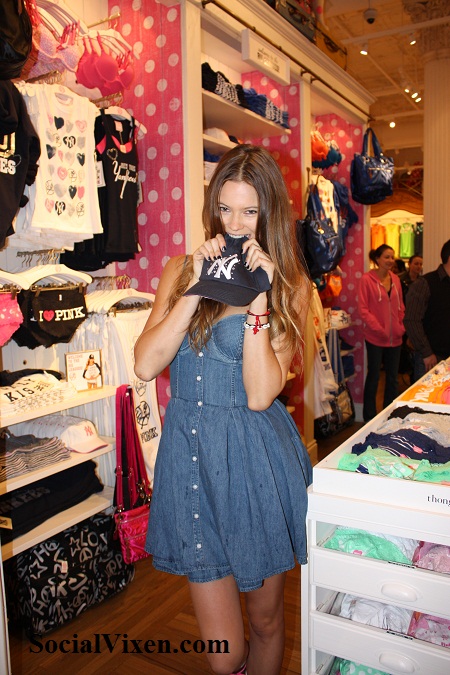 Behati said that she was really excited about the new, themed line: 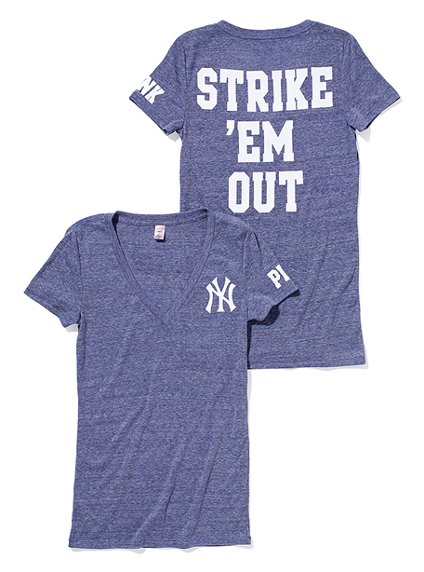 “I love the sports stuff, the Yankees stuff and the Mets stuff because we’re in New York and everyone loves that! It’s cute stuff for girls to wear to the game because its always like big t-shirts and now its fitted and cute and its so nice. And everything is so colorful now with summer coming”.