This morning, I was wide awake at 3am, definitely feeling the three hour time difference from Connecticut to Vegas. I had gotten into a pattern of waking up early in Connecticut and so naturally by body was used to rising at this time.

Rather than fight it and try to fall back asleep, I decided to enjoy the silence that only exists in those precious pre dawn hours, and so I went out onto the balcony.

Looking out over the Strip and towards the mountains, I was in awe of how quiet it was. No traffic, no helicopters in the sky, no people below. But, there was one sound I didn’t expect; crickets.

Who would’ve thought, that in the middle of Las Vegas, you could hear crickets from the balcony of a high rise?

I just sat outside for a long time and listened to the crickets while taking in the views of the world. The Stratosphere – mostly dark at this hour. The old school McDonald’s with its brightly lit arches. The neon sea of casinos and gift shops spreading out for miles and miles, only stopping just before the base of the mountains, where the landscape drastically changes from city life to its more natural form.

About an hour and a half, and one cup of hot ginger tea, later I heard a song bird.

Just one at first.

Singing loudly and breaking through the cricket’s chirps, which were starting to fade, along with the night.

Soon, the colors started to change on the horizon and the mountains took on a gorgeous glow. More and more birds joined in until the sun came up, and the heat became even more amplified; today would be another triple digit day, potentially reaching 117 degrees… 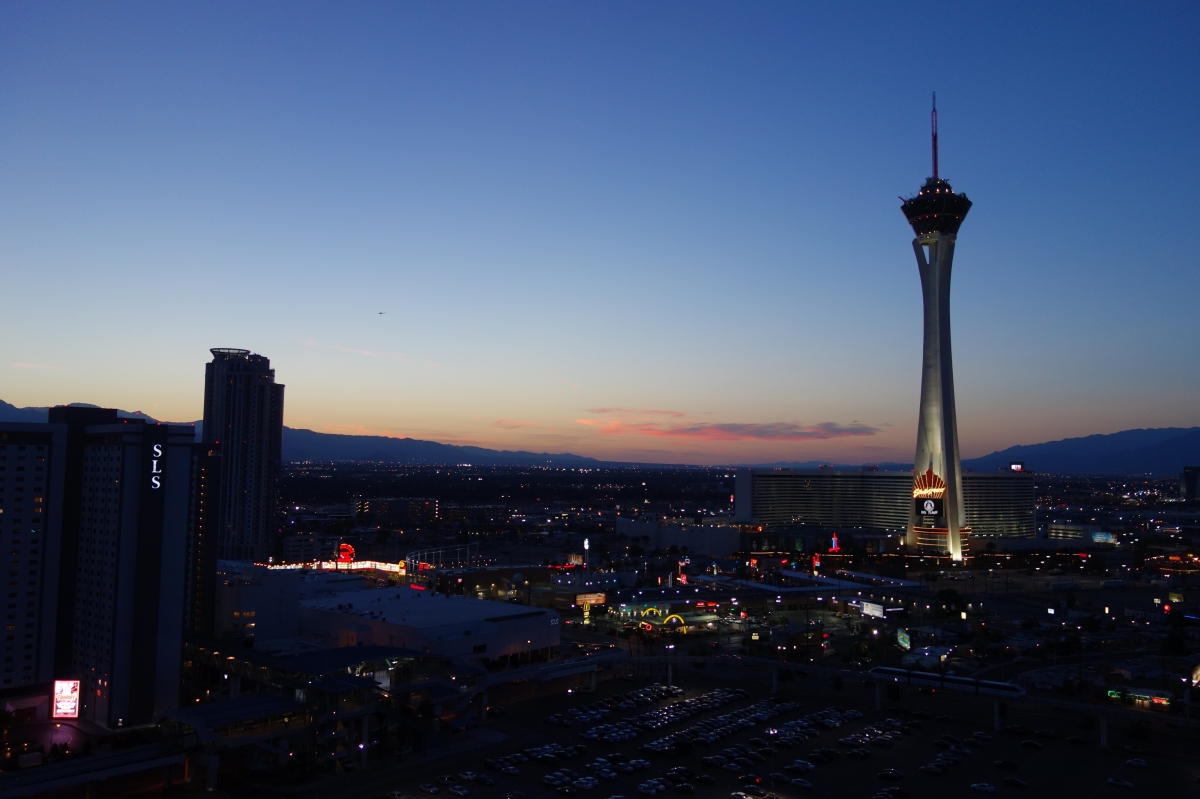 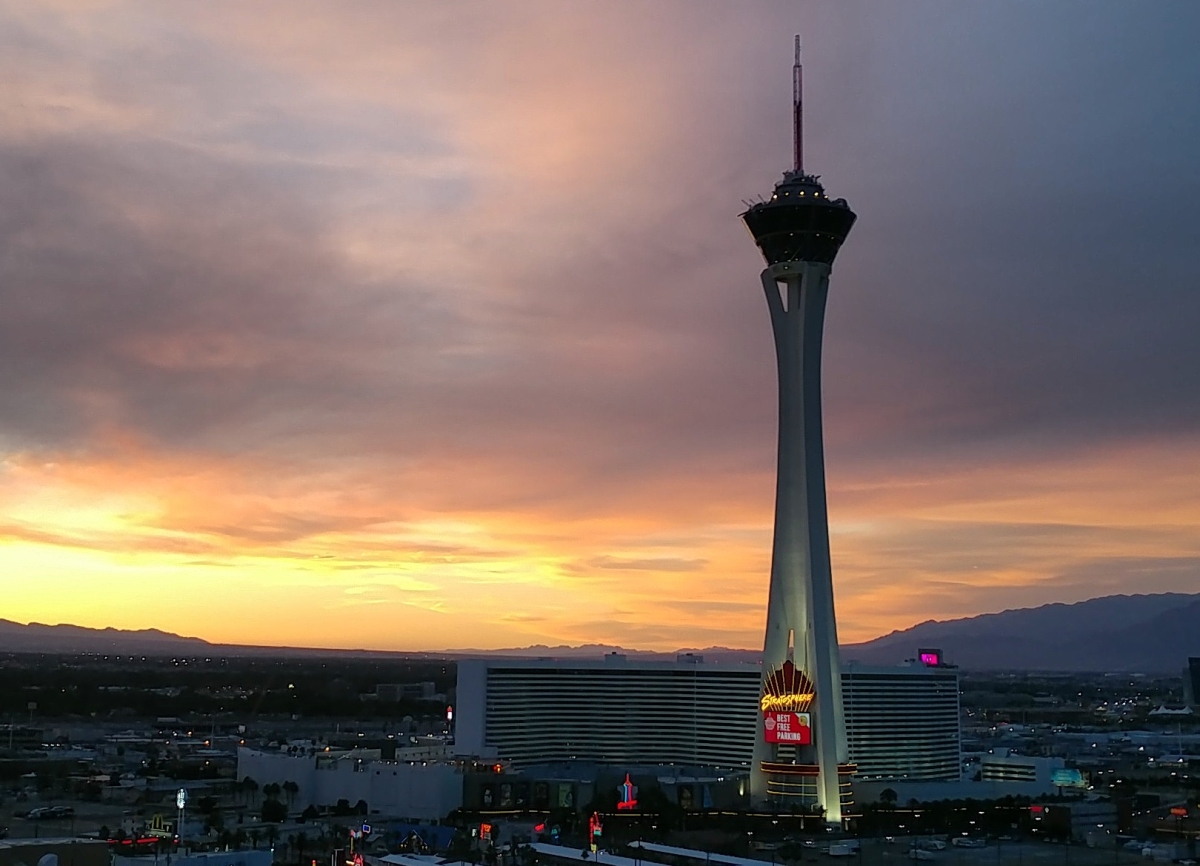 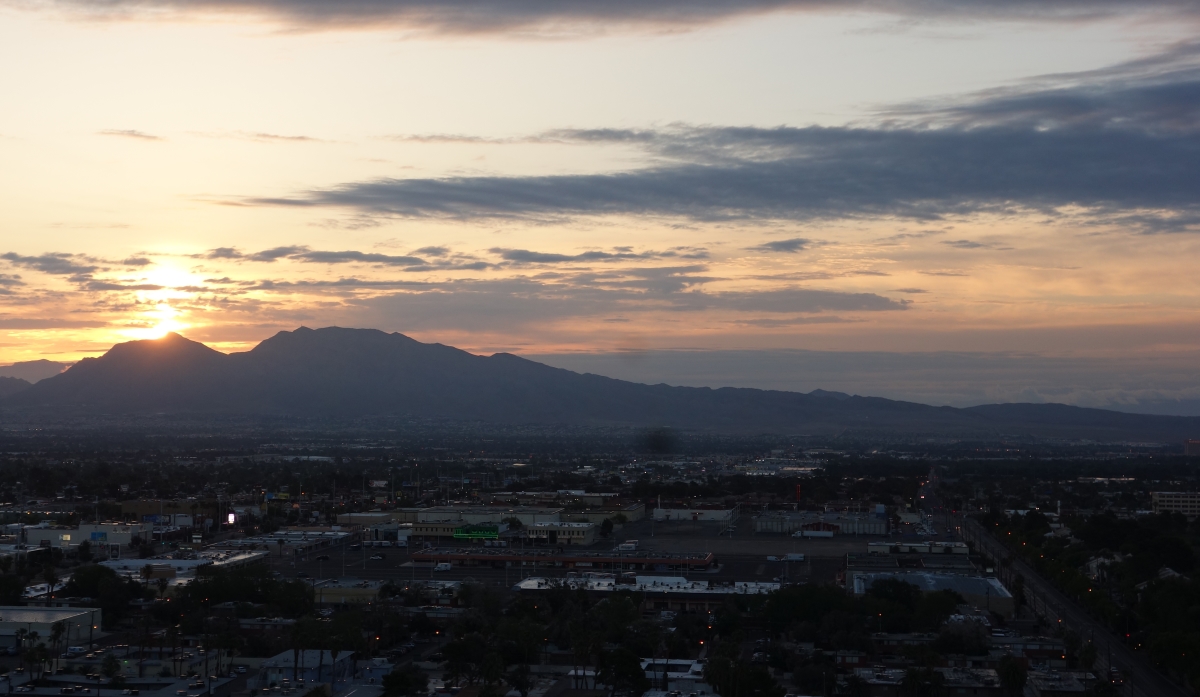 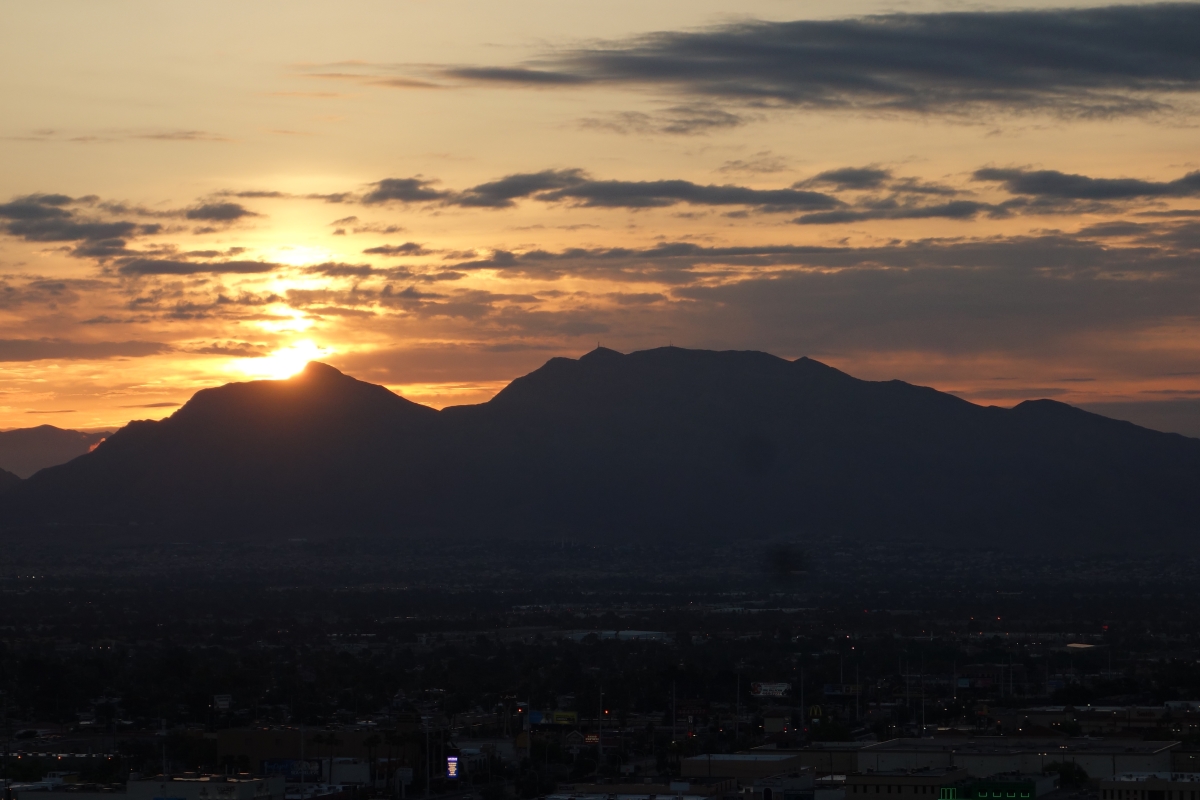