With about 5 miles between us and our goal for the evening: the Tom Leonard Shelter, we made our way out of the fields, across one last street, and back into the woods.

Our last and final stretch for the evening would bring us over June Mountain. 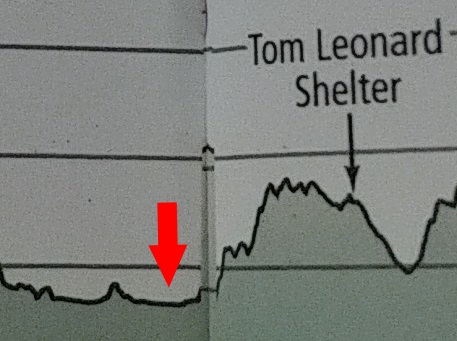 Each one of those little bumps might not look like much in the photo, but with our heavy packs and a full day of hiking already under our belts, this part of our day was definitely a challenge!

The red arrow is pointing at the section of the trail that we had just crossed – all flat farmland. Now, we would have to go vertical… 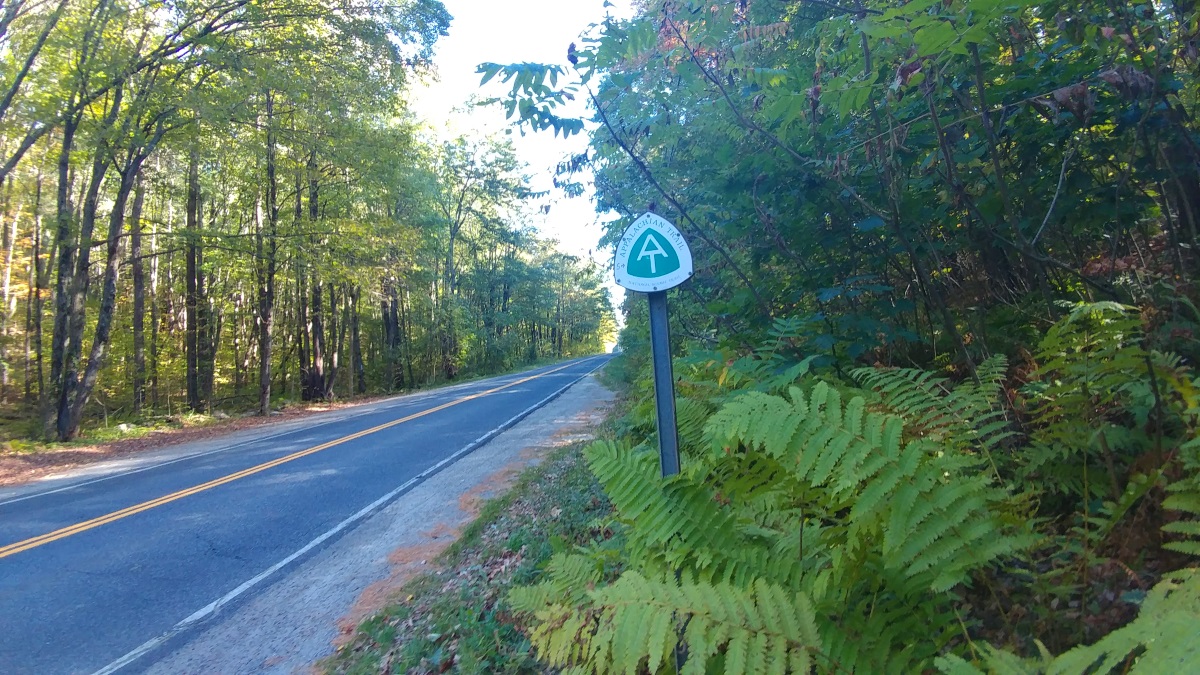 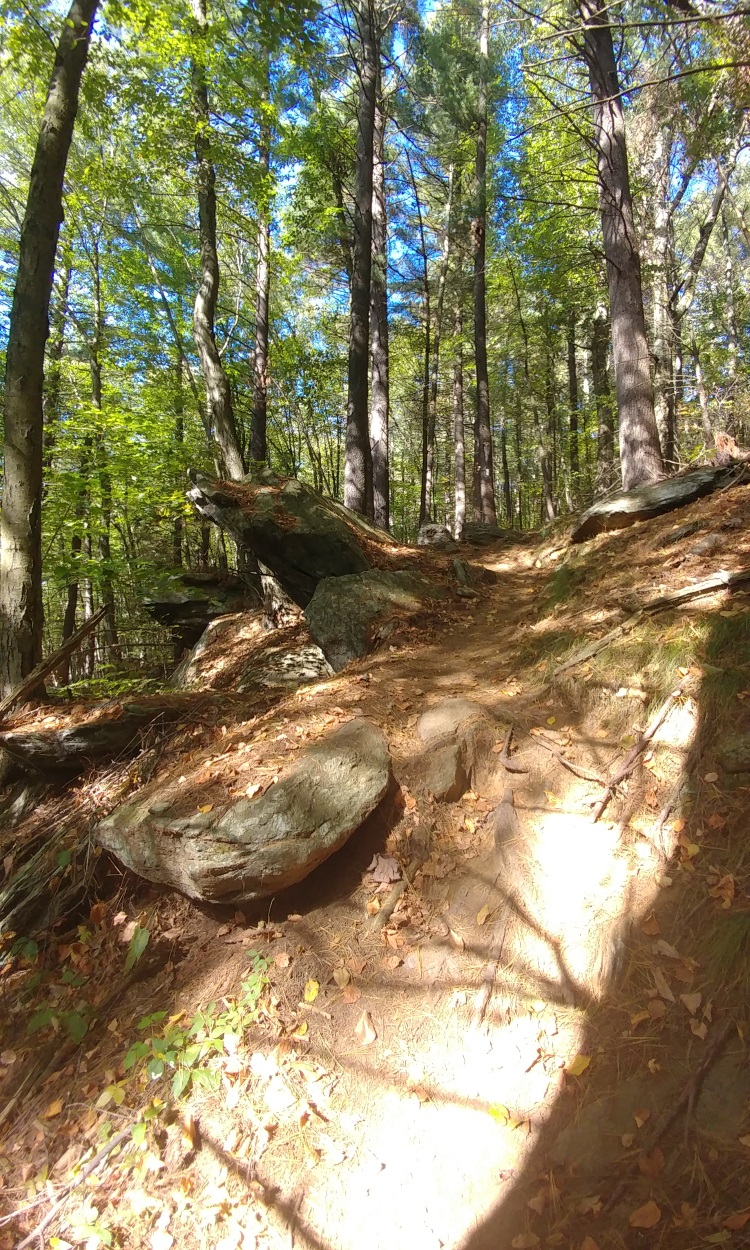 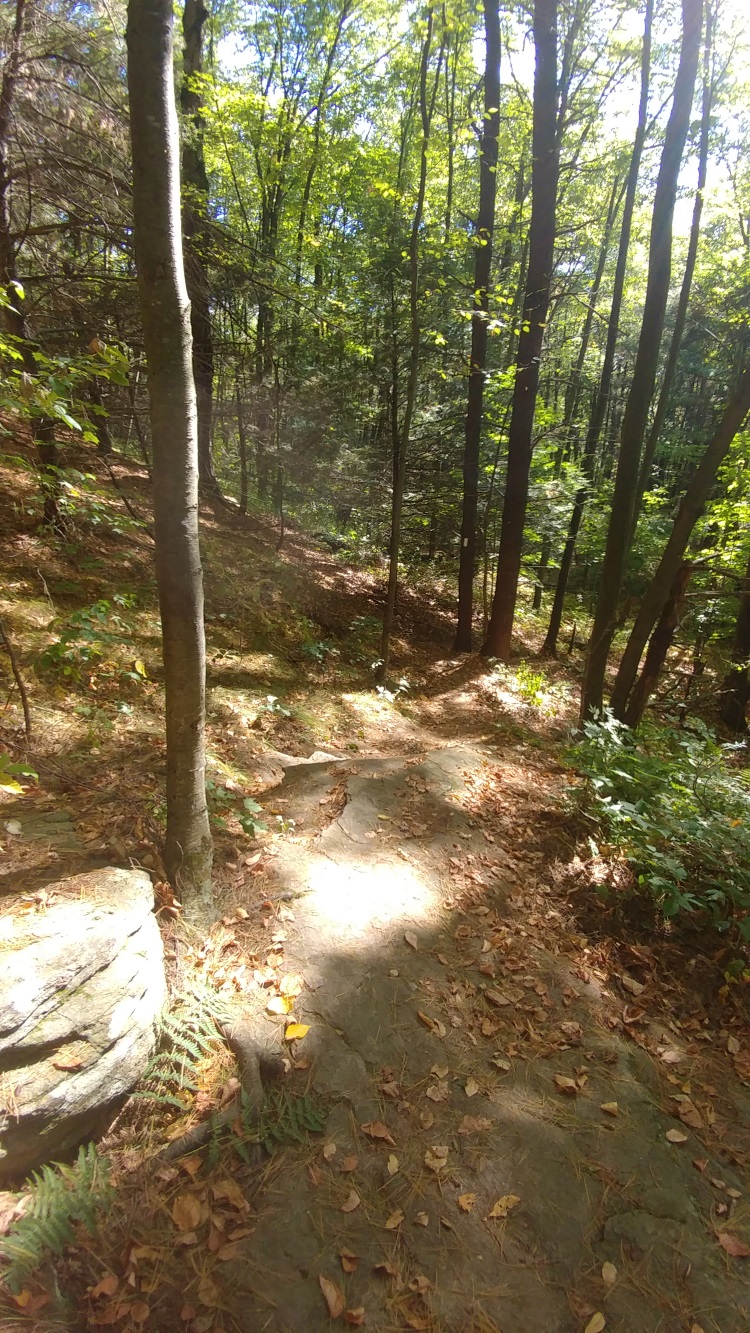 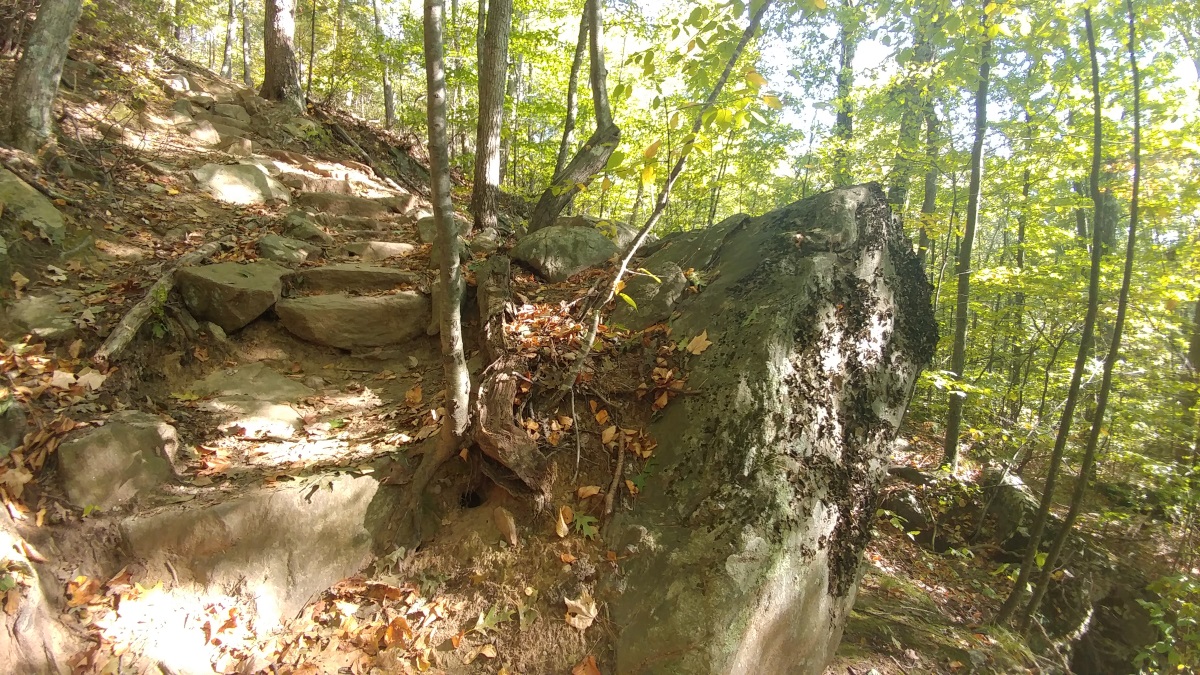 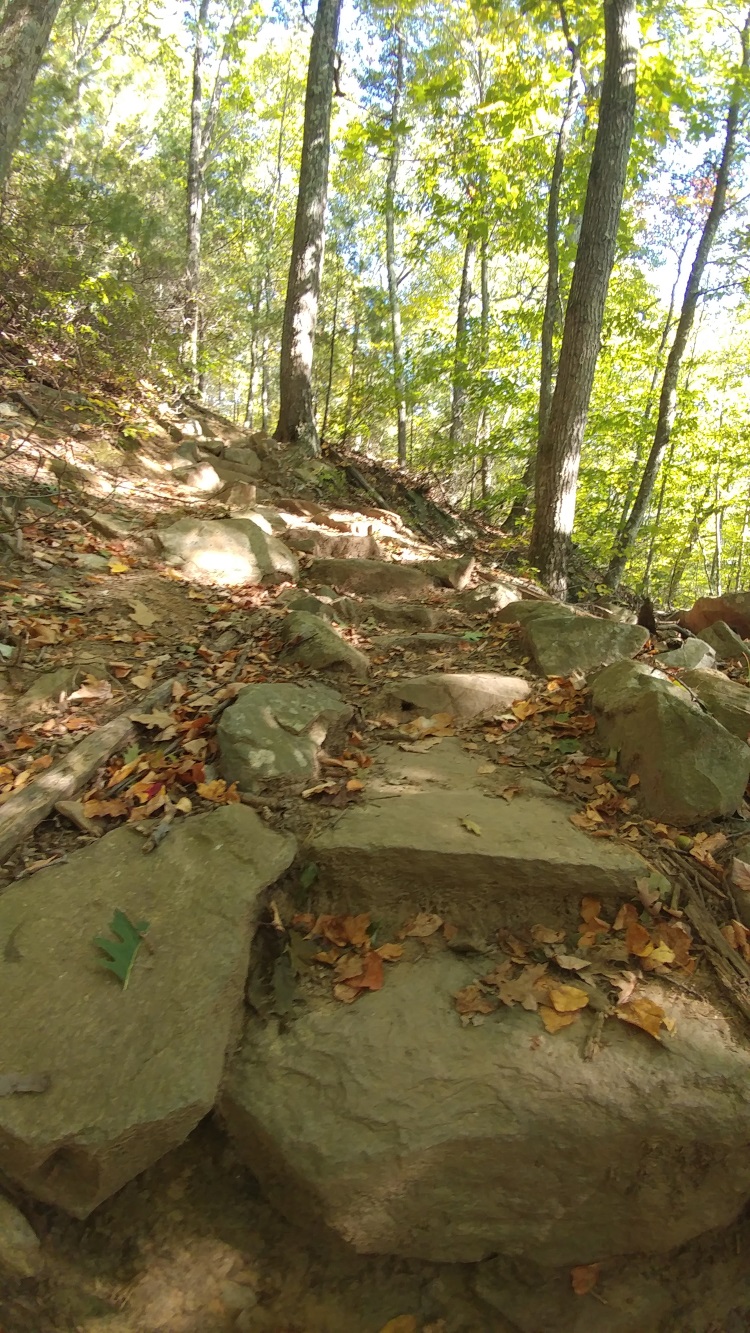 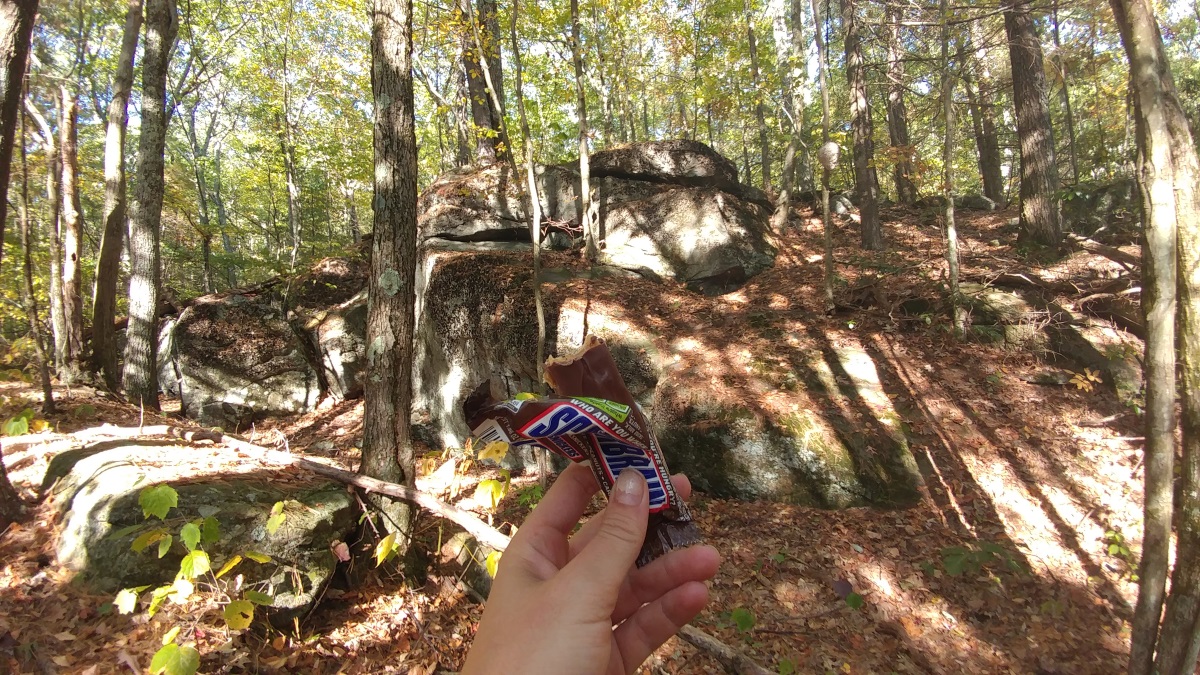 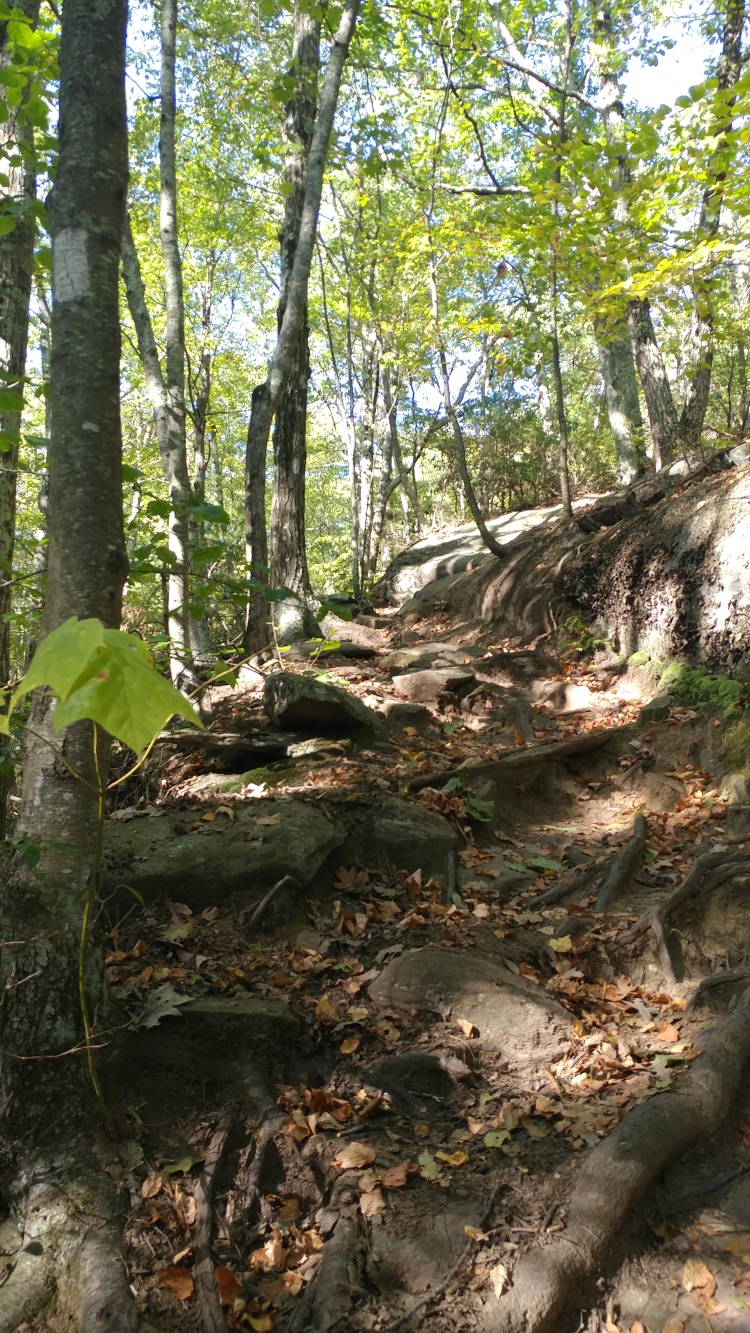 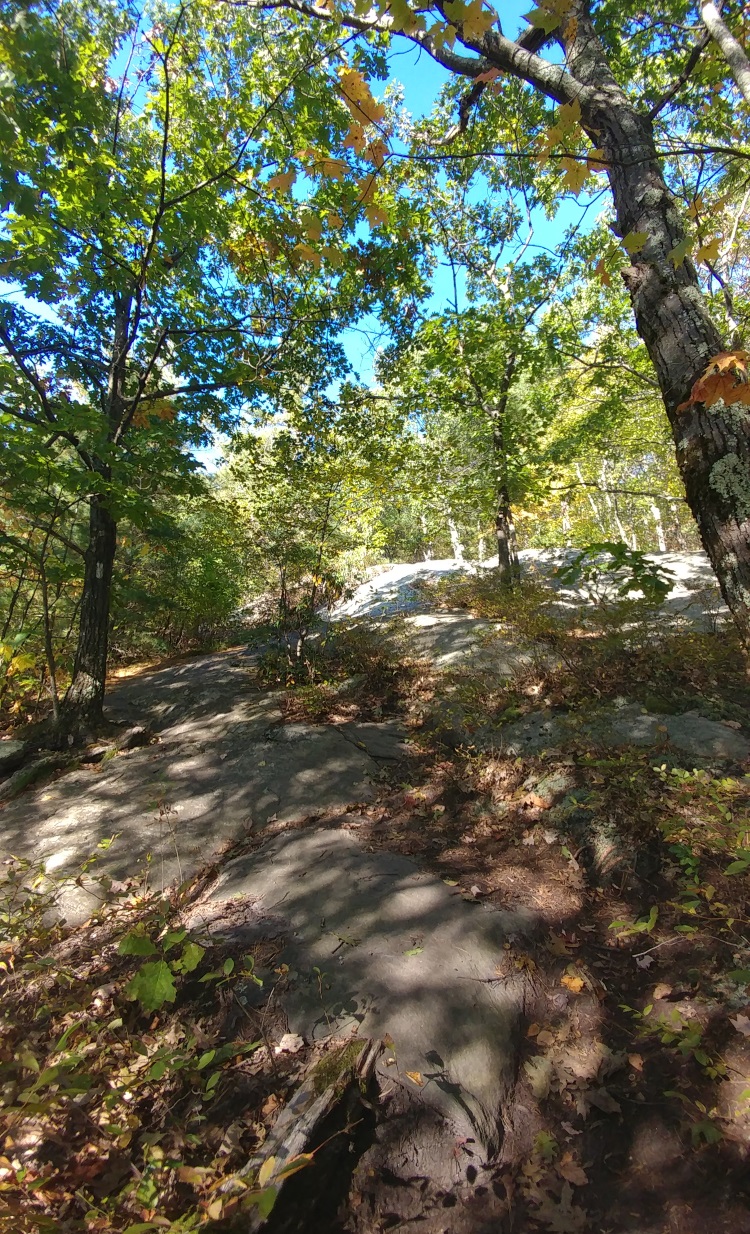 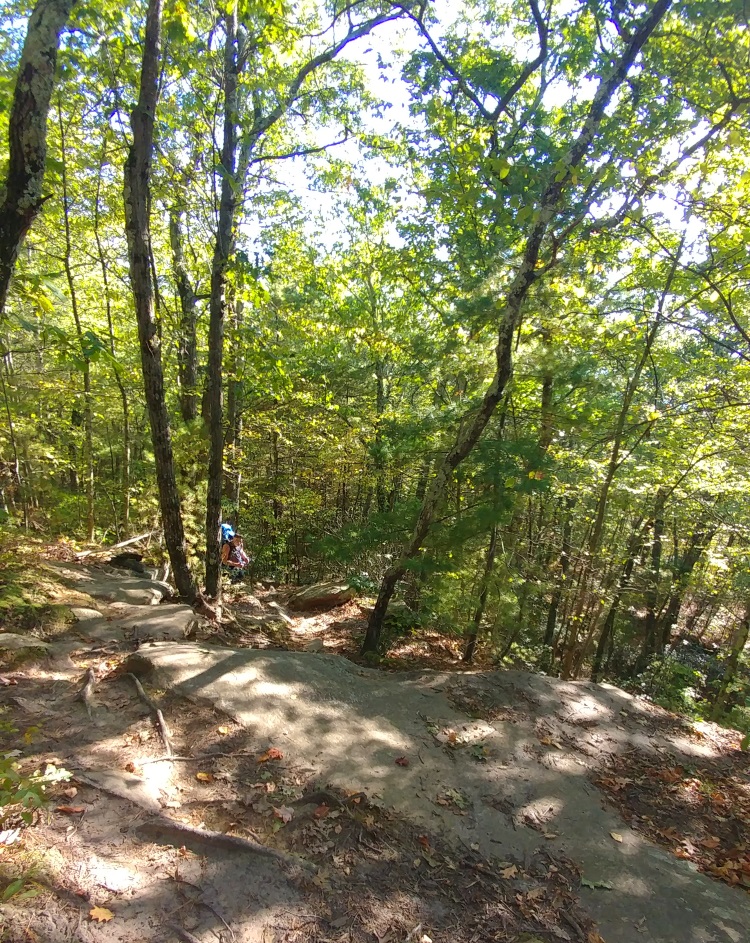 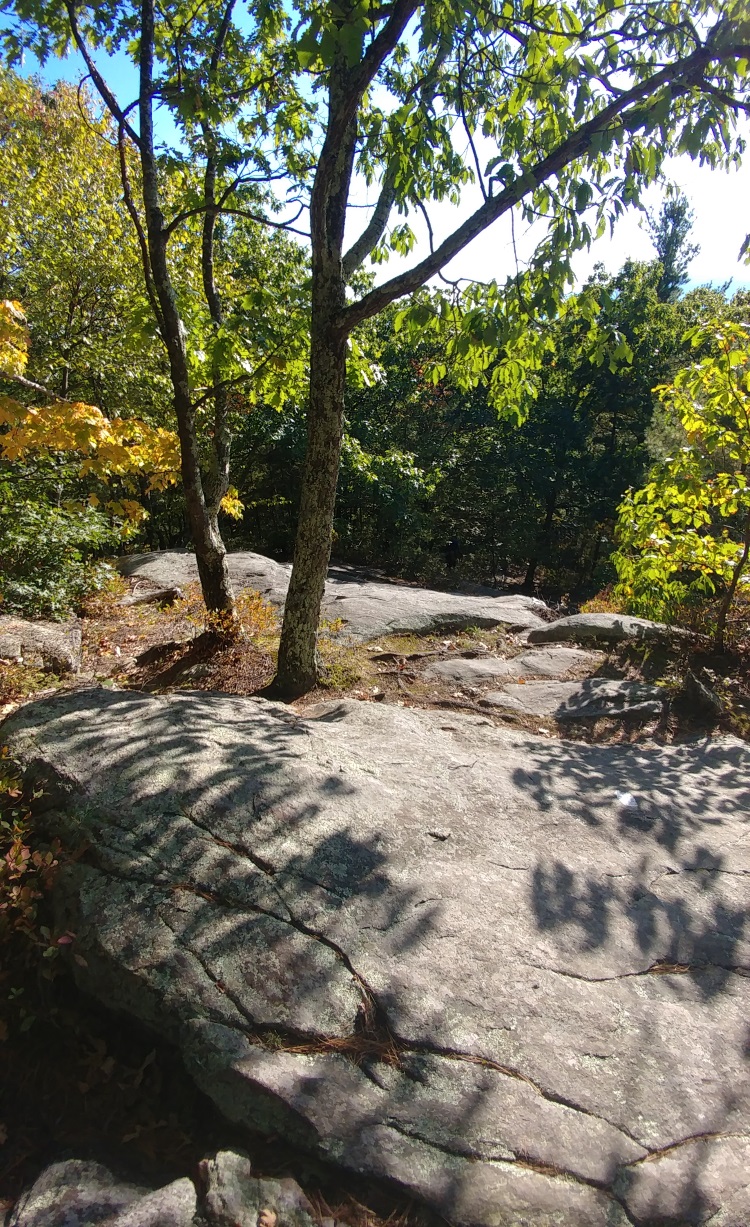 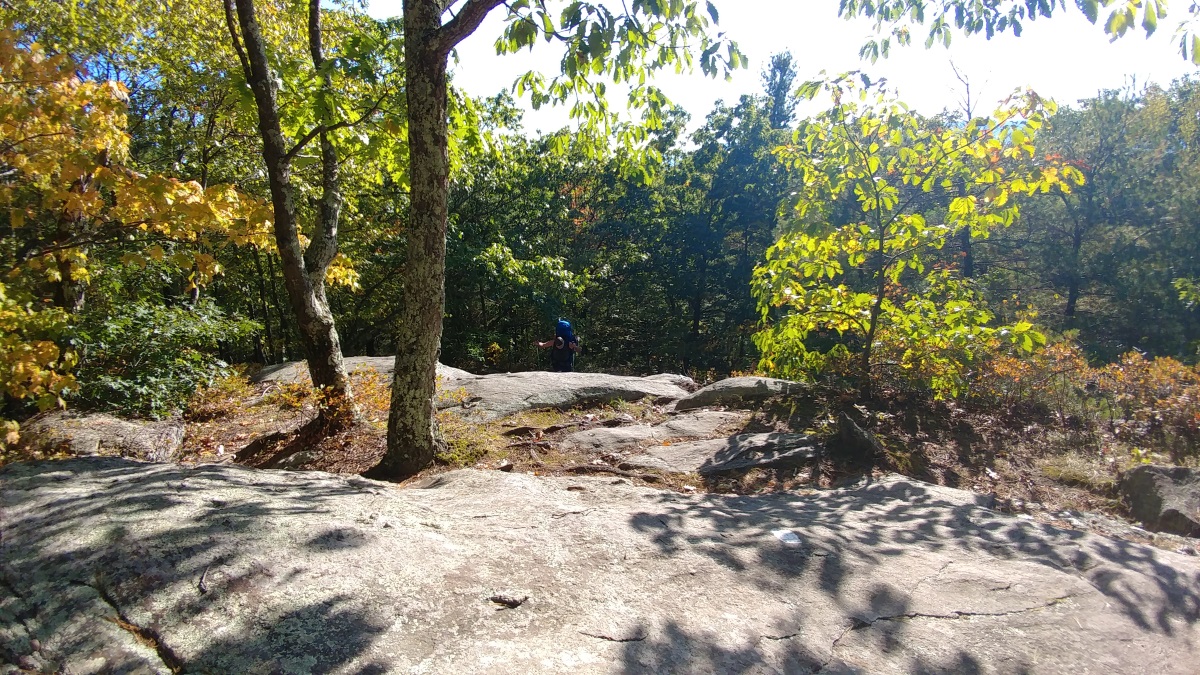 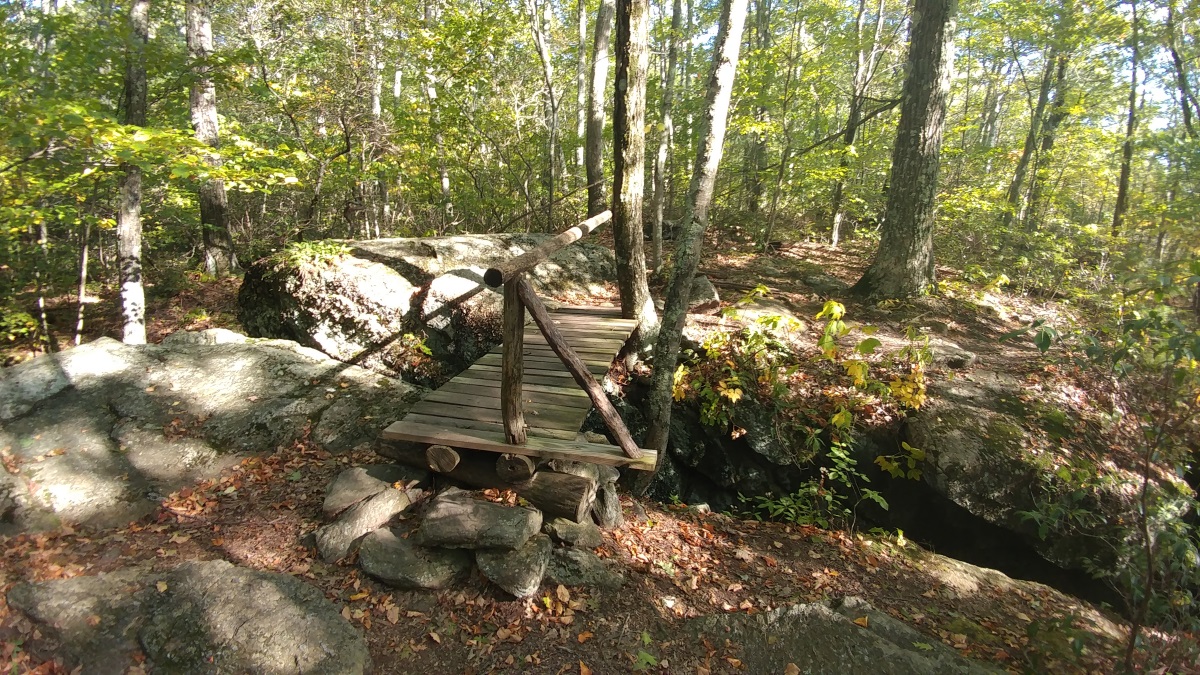 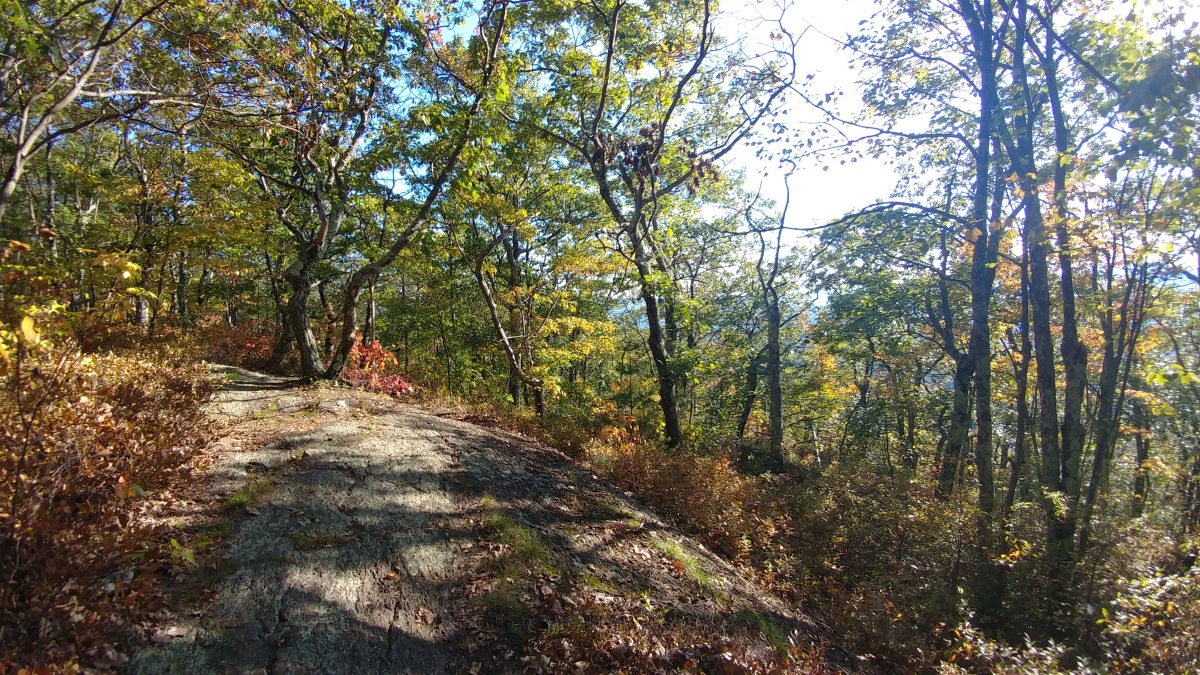 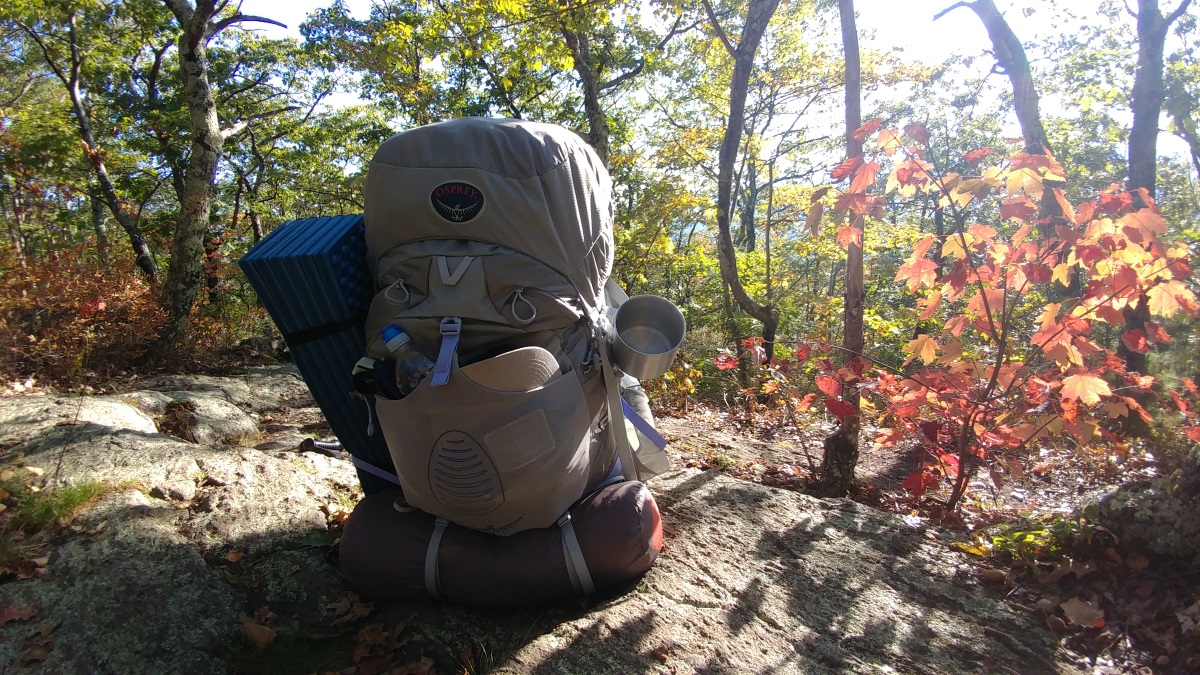 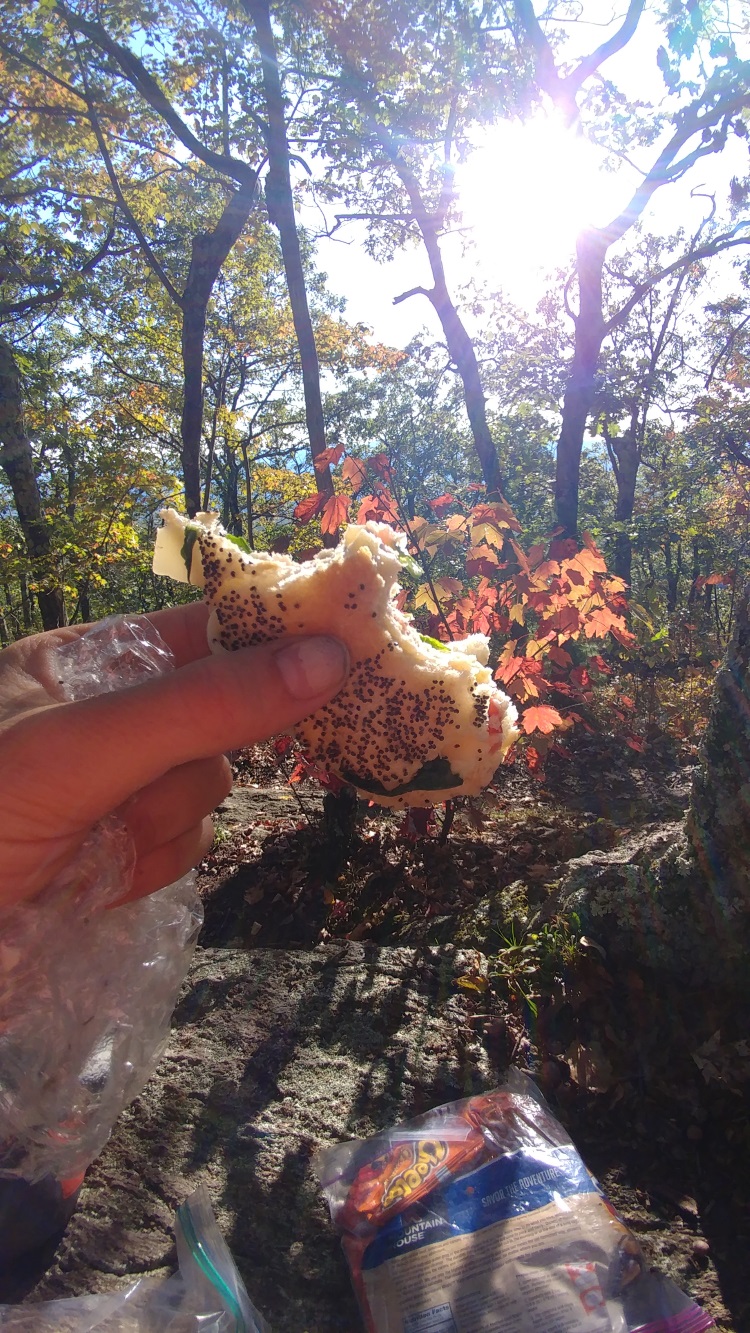 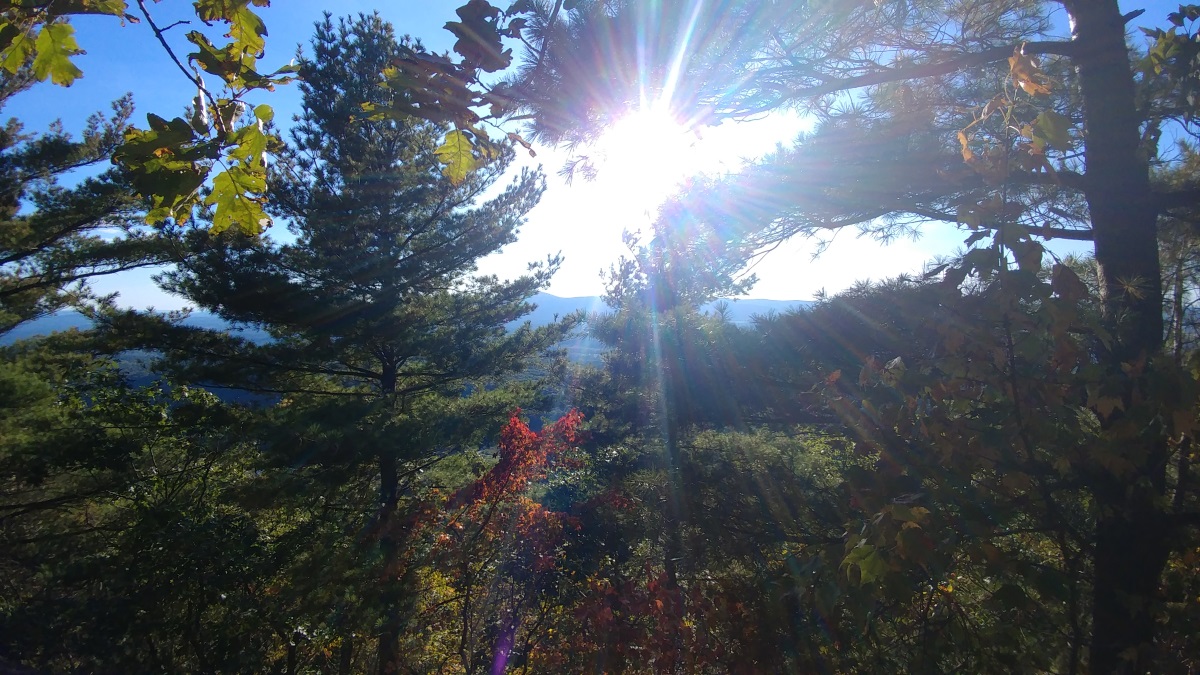 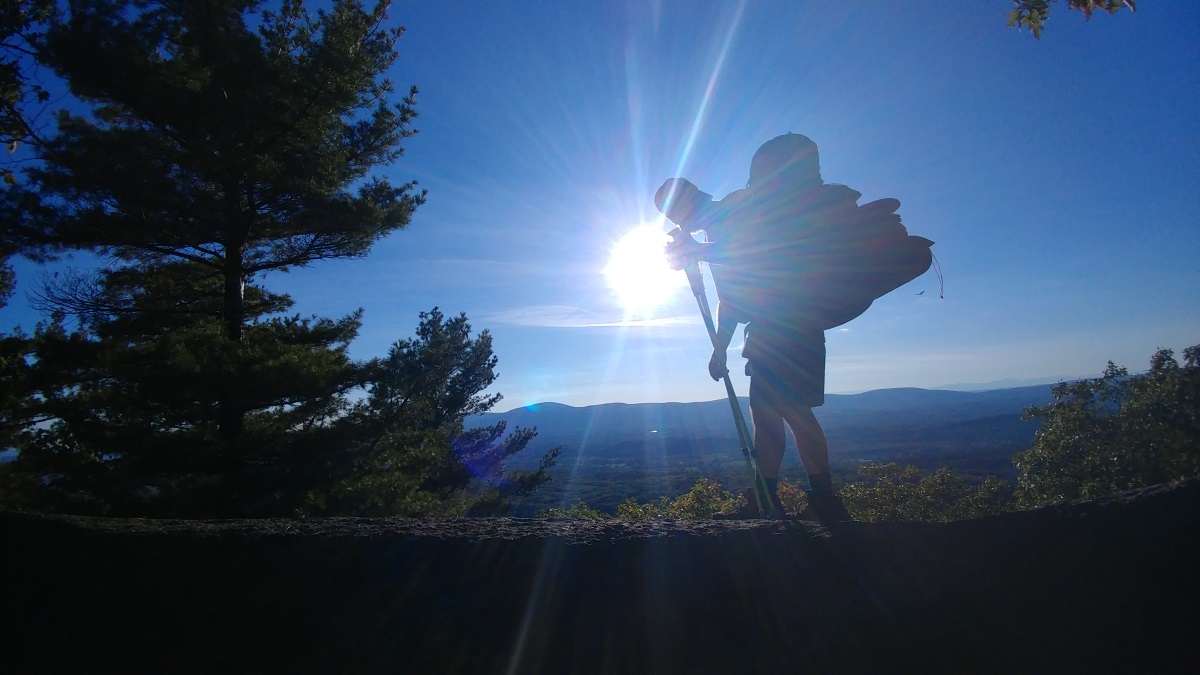 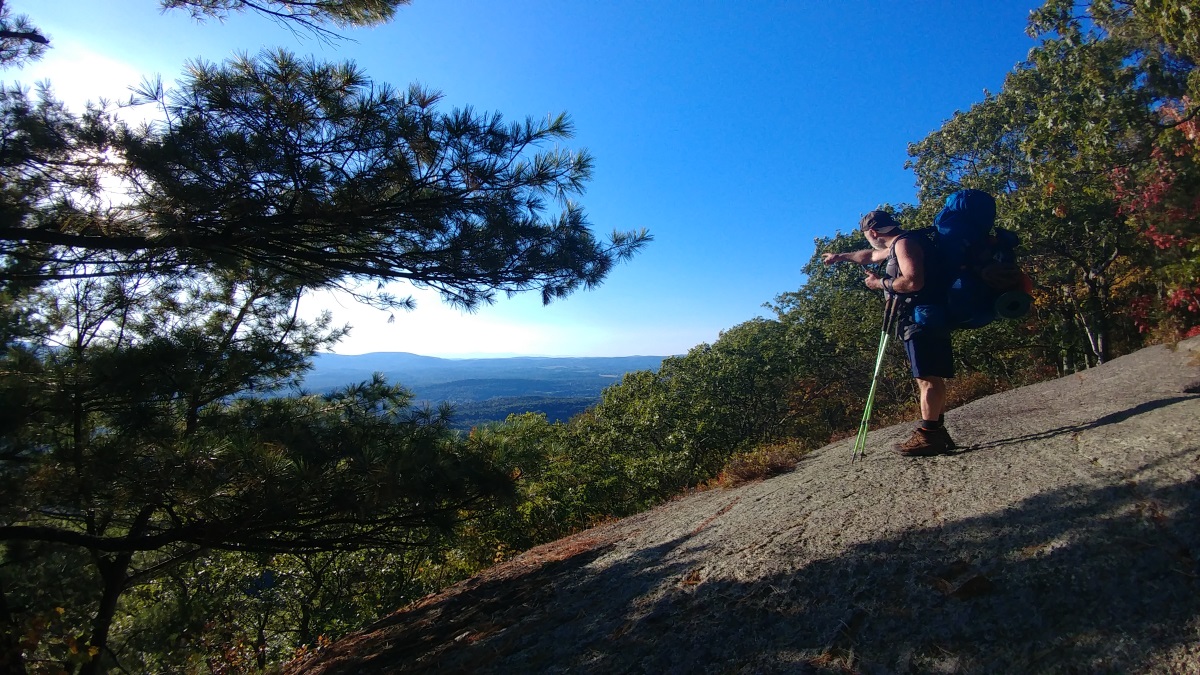 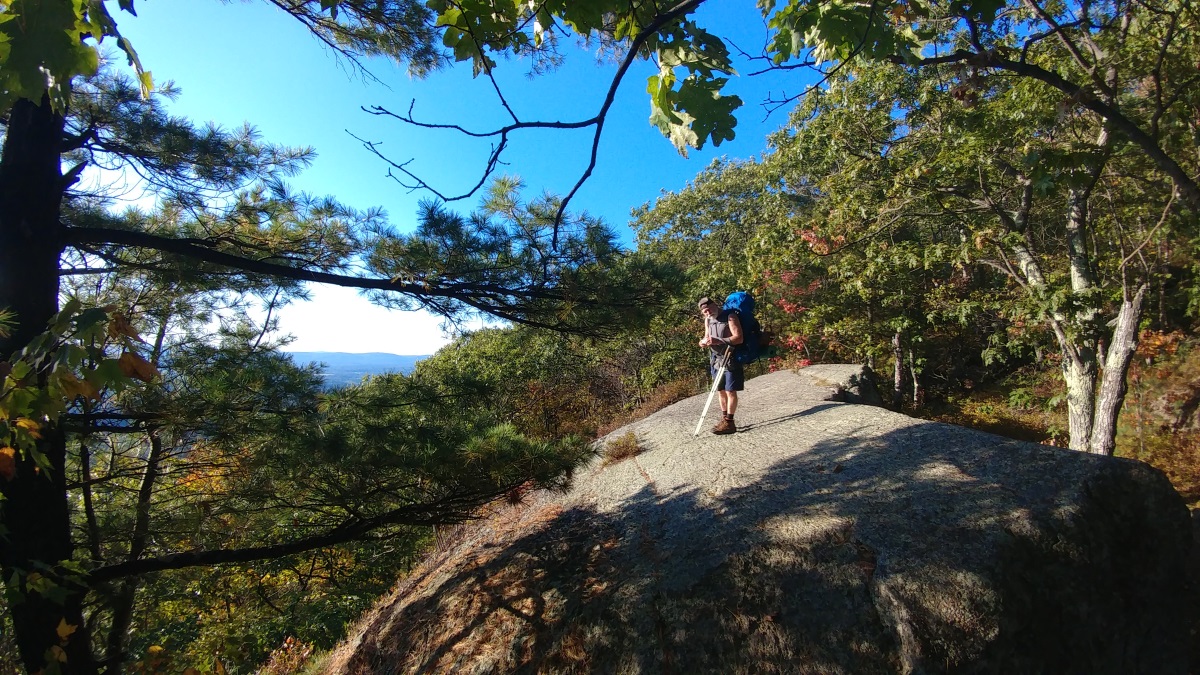 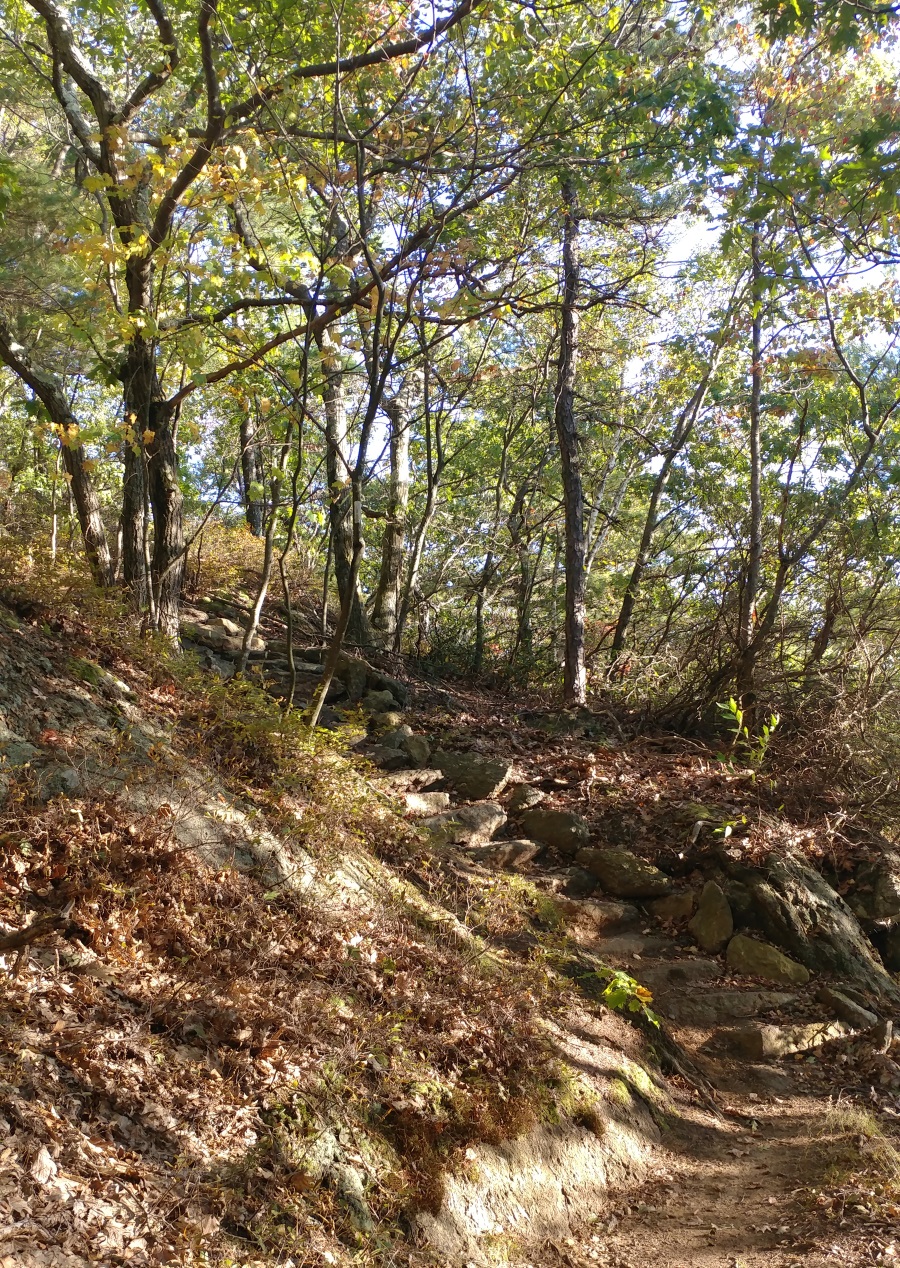 After a grueling day, we finally made it to camp just around sunset.

We were too tired to make a campfire or go down to the ravine for cooking water, so instead, we settled on a cold meal (fruit and cheese for me), and then called it a night.

For a second night in a row, we decided to crash on the bunk beds inside of the shelter, rather than put up our tents.

During the night, we got a few visitors.

The first one was a thru-hiker who got to camp not too long after we had set up our beds for the evening.

The second visitor is apparently a notorious resident of the shelter who enjoys gnawing on the wooden structure.

At some point in the middle of the night, I woke up to the sound of a horrendous scraping sound.

My initial thought was that a bear was trying to get into the bear box for our food.

I was so tired that I kind of drifted in and out of a sleeping state while the sound continued.

Finally, our loft mate said something along the lines of:

“What the hell is that sound?”

In my half asleep state, I mumbled something about it being a bear trying to steal our food and then drifted back to sleep.

Eventually, my dad and our loft mate decided to check it out and found the culprit to be a big’ole porcupine!

After reading through some message boards, I learned that this porcupine is a regular visitor to the campsite.

I’m kicking myself now for not getting up to take a photo!

This experience also made me realize that I’ve probably become too comfortable with the idea of running into a bear.

The fact that I thought a bear was trying to eat our food about 30 yards from where we were sleeping, and I was ‘too tired’ to get up and do anything about it tells me that I’ve become a little too complacent maybe. 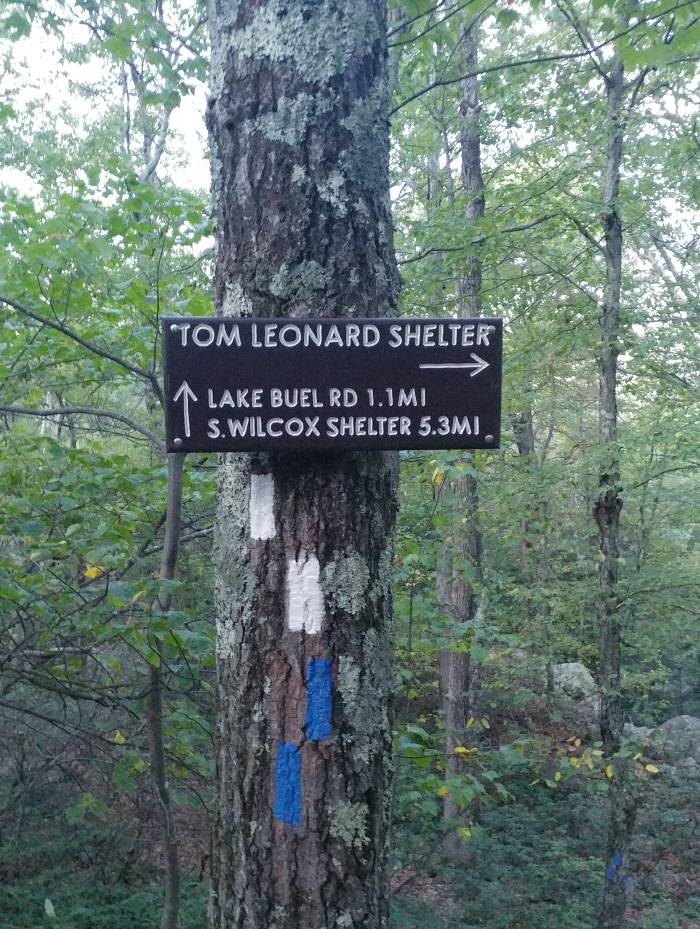 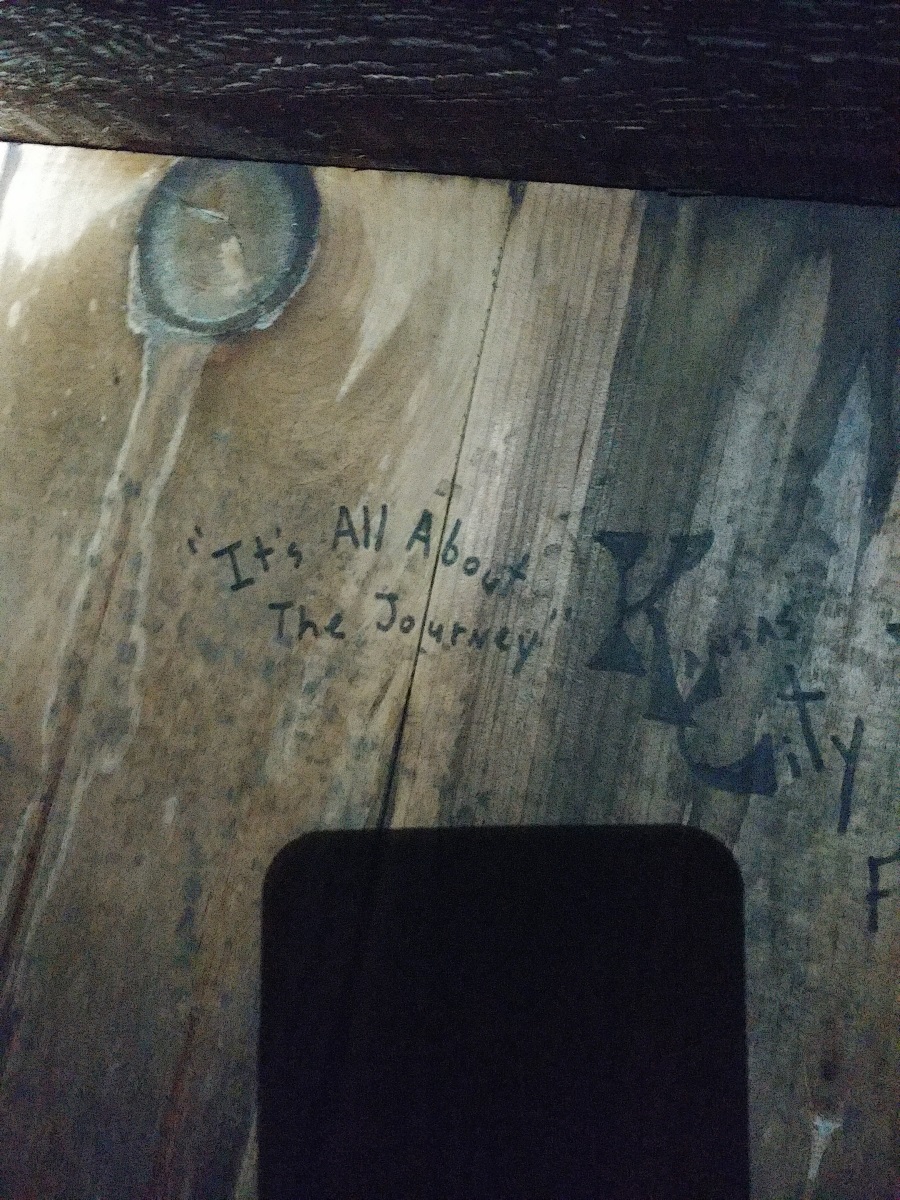 It’s All About the Journey.

Despite being a really difficult day mile-wise and terrain-wise, I enjoyed the experience quite a bit.

I think that part of the fun is facing a challenge head on and knowing that at the end of the day, you tried your best.

Our knees hurt, our backs hurt, we went through the occasional grumpy spell…

But, the rewards were high.

The views were spectacular, sure.

The smell of pine was intoxicating and the sounds of nature refreshing.

But I think the biggest reward is achieving an “I can do this” mind set.

(This is a continuation post. To start at the beginning of this section hike, visit Sages Ravine Northbound)