I really like attending the card member only shows that American Express hosts during Mercedes-Benz Fashion Week. Prior to each runway presentation, ticket holders are allowed access to a lounge where Champagne, gourmet snacks (think truffle popcorn), and a comfortable environment are provided while waiting for the show to begin. This is so much nicer than waiting in a long line, while waiting for the doors to open. Plus, there’s always additional perks like meet and greets with designers, magazine editors, or other guest speakers and I find the overall experience very enjoyable! 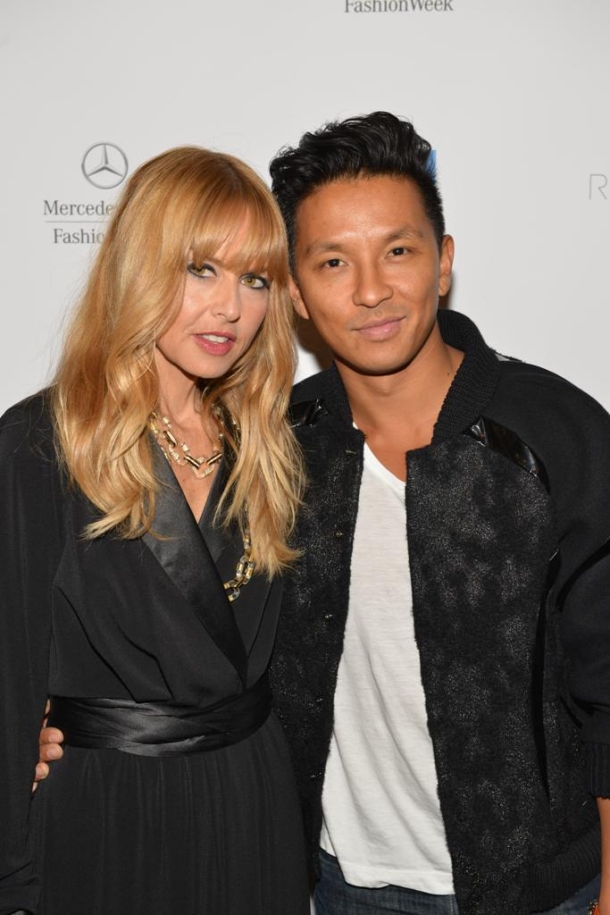 This year, American Express presented a Spring 2013 runway show featuring designer, Rachel Zoe, exclusively for American Express Card members. The show took place at Lincoln Center during MBFW where Rachel Zoe unveiled a new season with seven never-before-seen designs making for an unforgettable night of fashion and fun. The looks ranged from city chic to glob trotting glamour and displayed plenty of fun accessories in good Rachel Zoe fashion. I personally saw several looks, that were paired with a travel sized bag, that had my name all over it – Rachel has a way of making glamorous clothes look effortless and comfortable, which I really appreciate.

Rachel Zoe, a former celebrity stylist turned reality star, expanded her empire in 2011, with the launch of her fashion line and is now a constant fixture at retailers worldwide. A recent inductee into the Council of Fashion Designers of America, Zoe presented her second runway show at Mercedes-Benz Fashion Week. The memorable evening, featured pre-show cocktails and conversation with Zoe. Full gallery after the jump.