The first thing I saw when I looked outside this morning was the canyon walls rising up from the Colorado River – what a beautiful sight to wake up to!

I spent a few minutes just laying in my tent and taking in the view and listening to the sounds. A kayaker was passing by, making a soft swooshing sound in the water and there were some birds chirping nearby.

Today, we would be packing up camp and making our way through the Arizona Hot Springs. 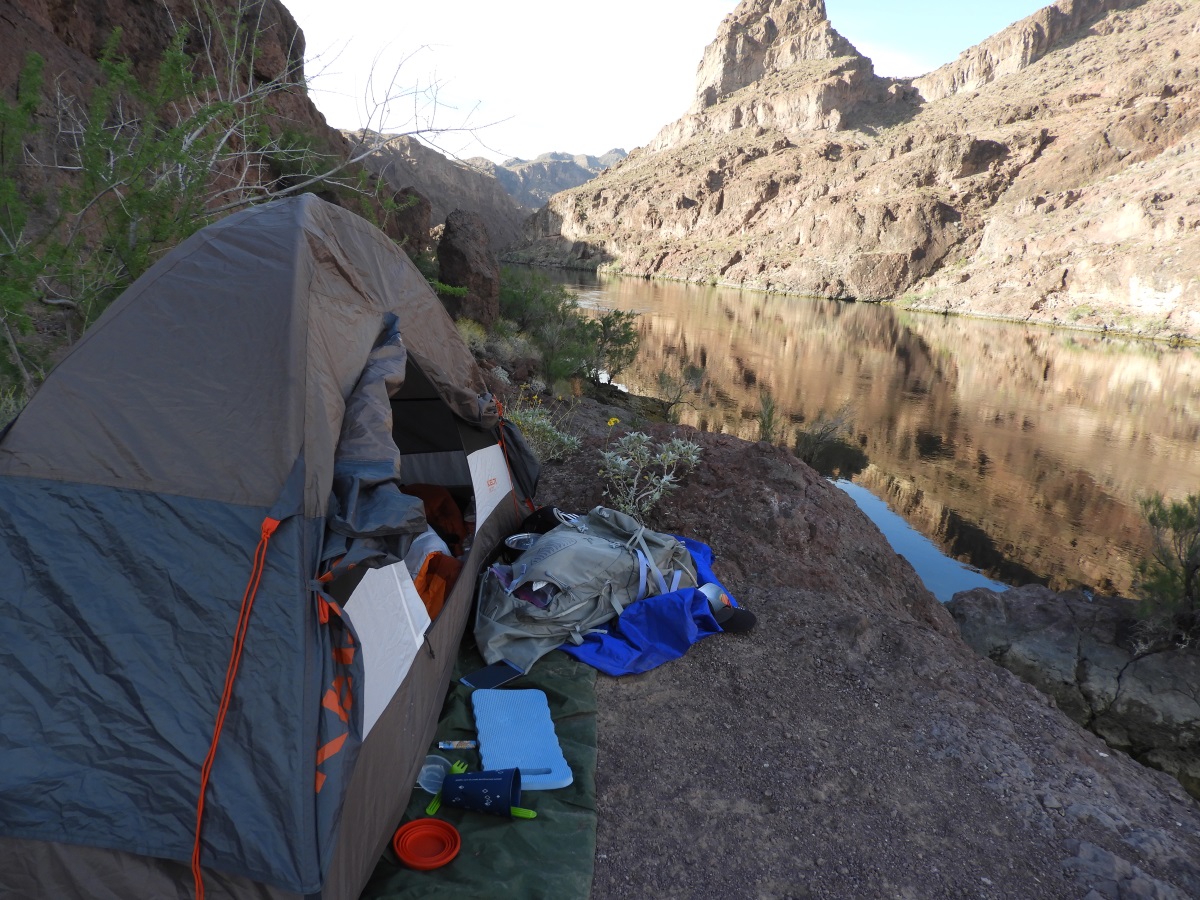 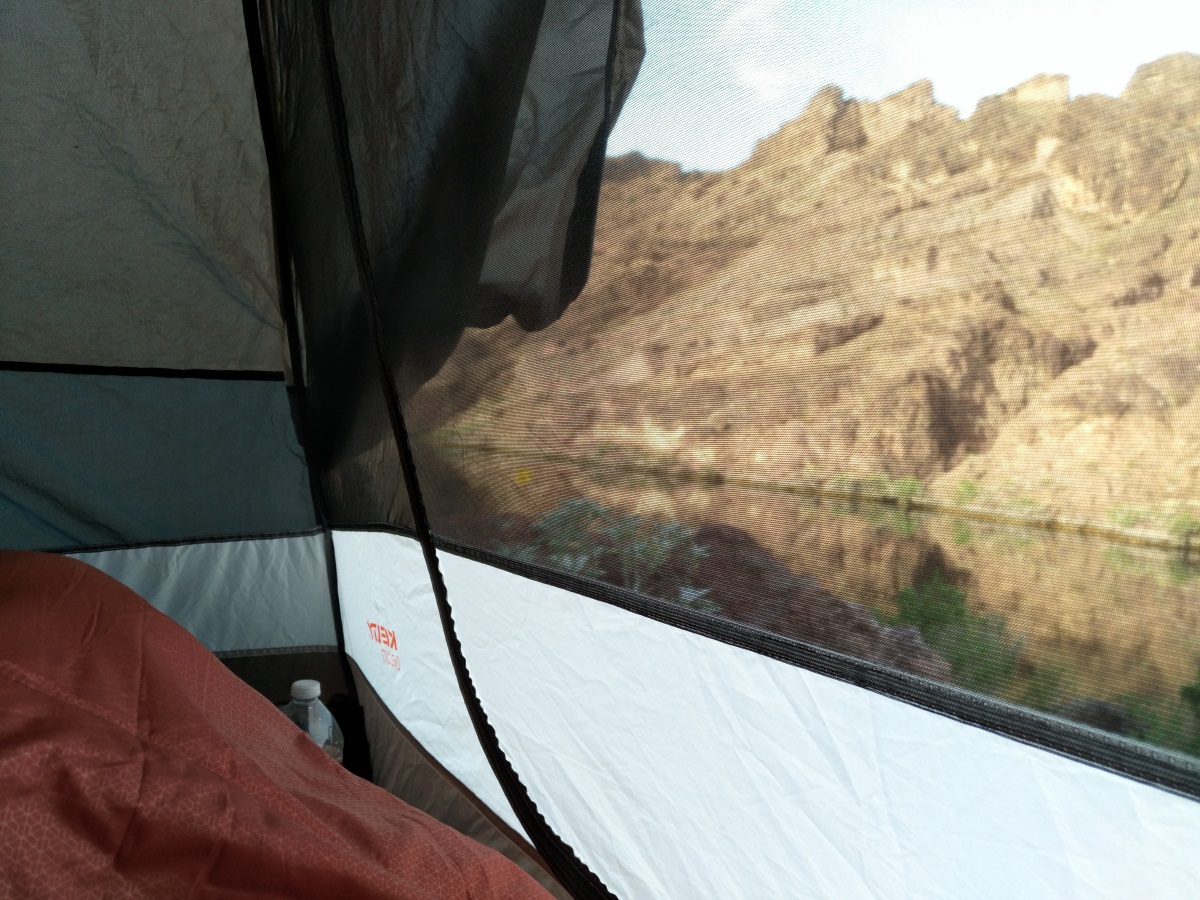 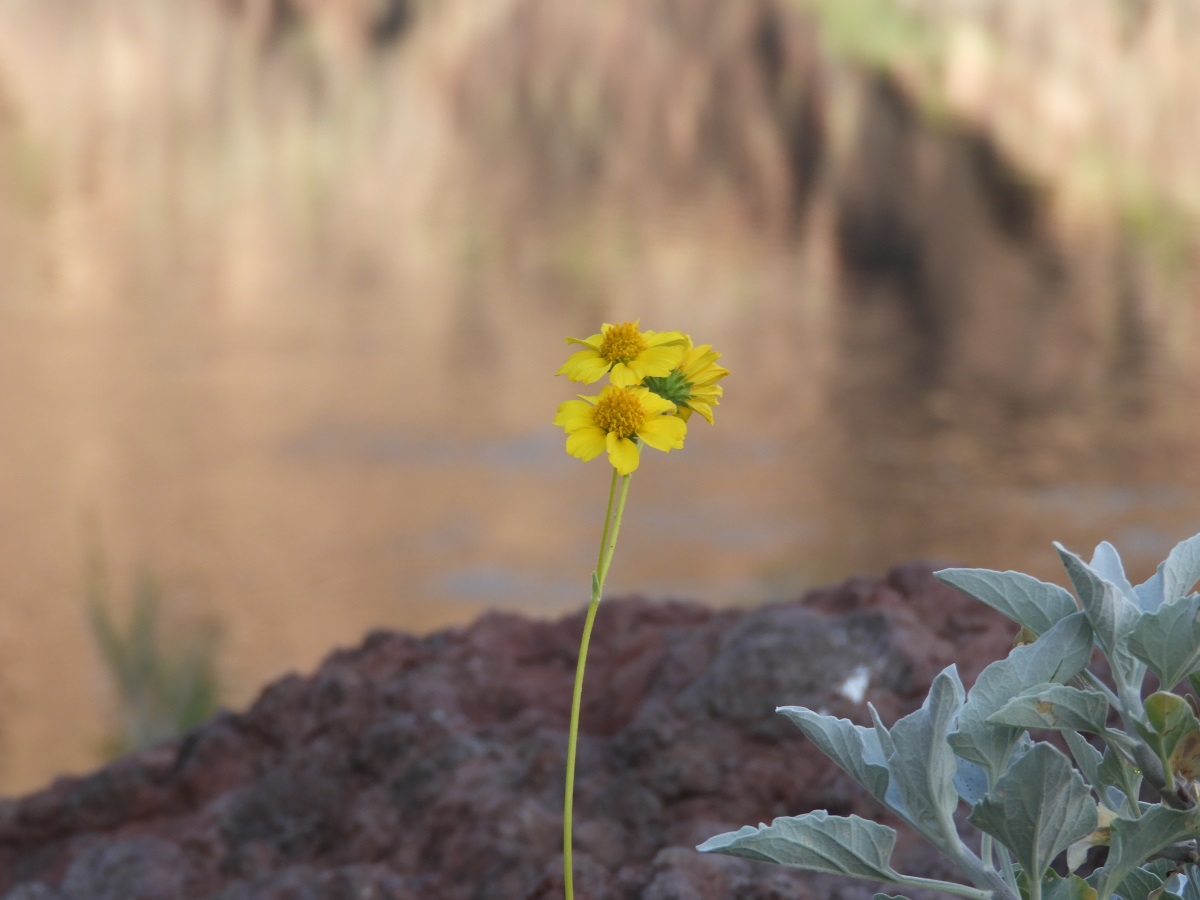 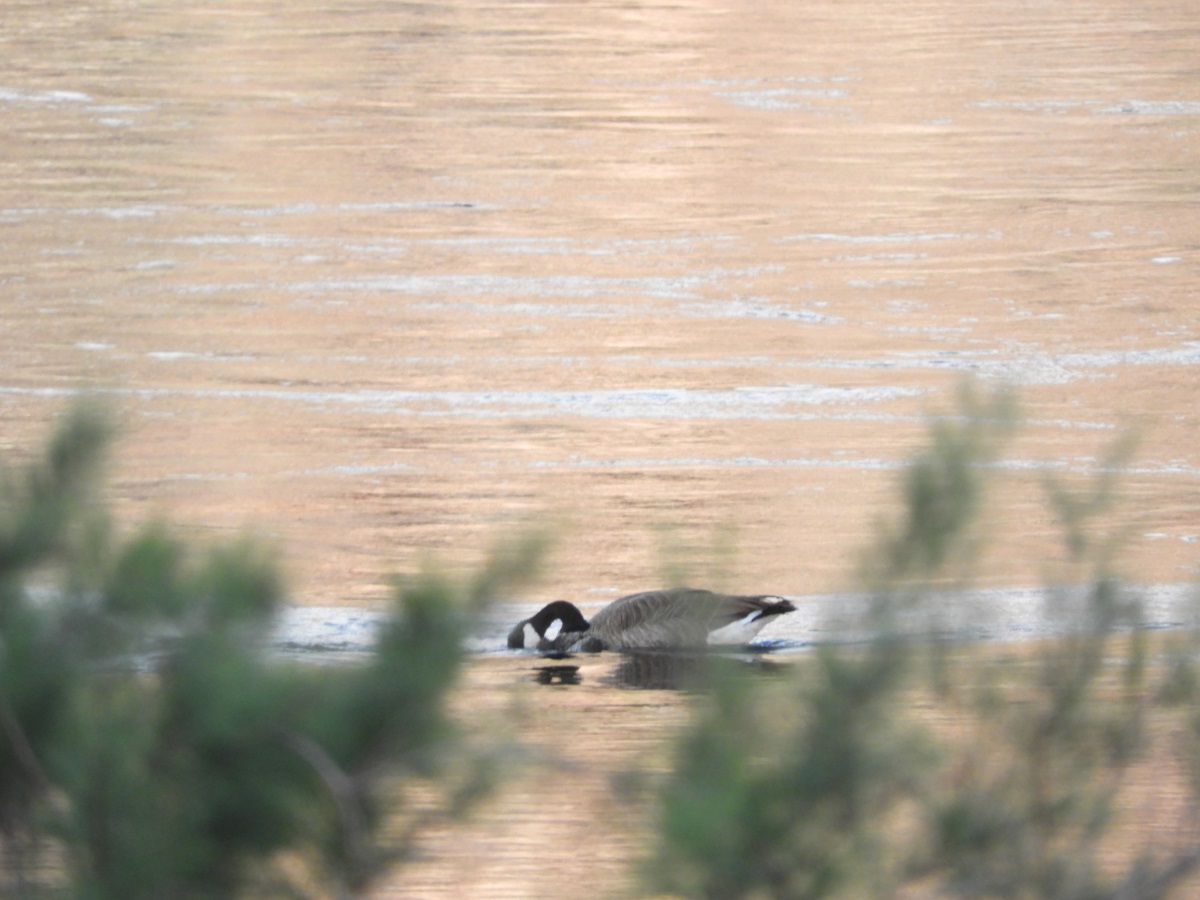 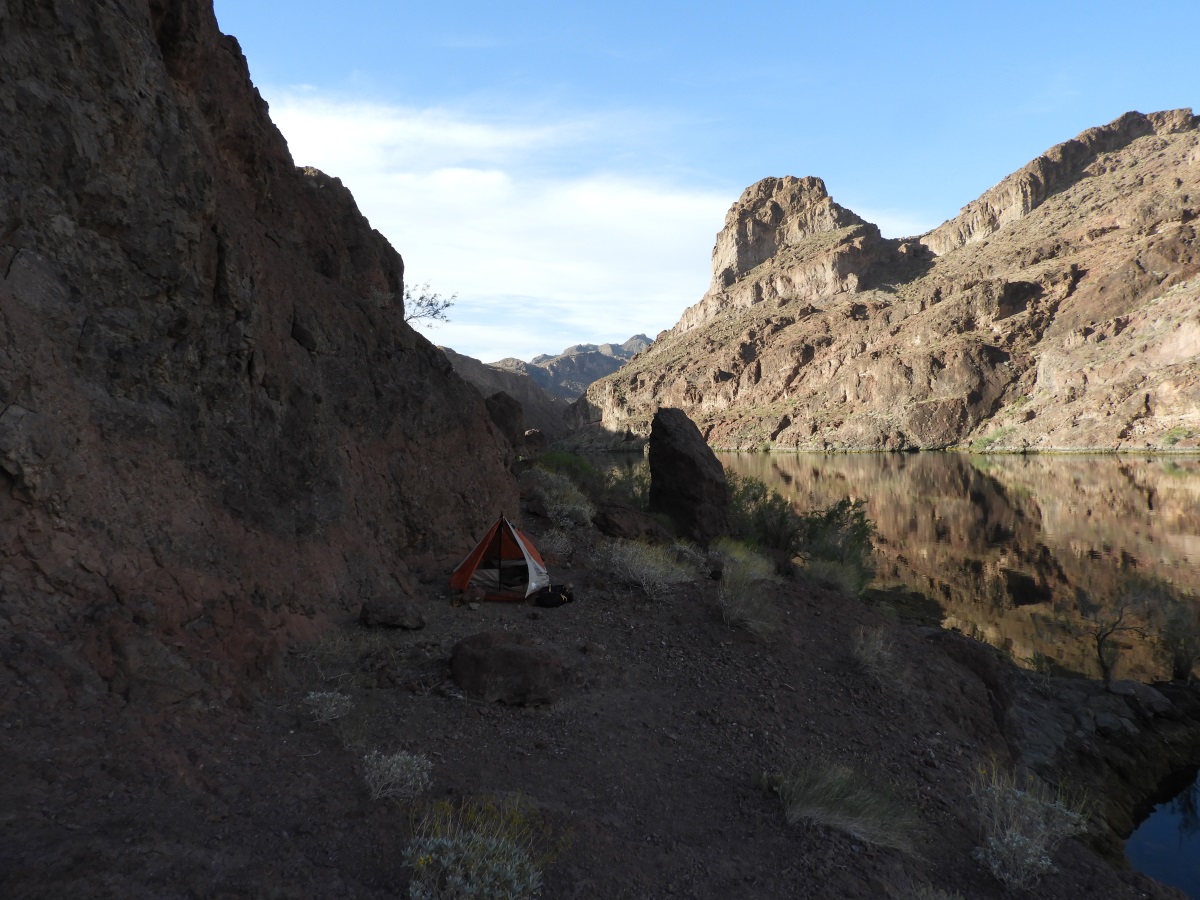 *(I see now, that I slept with my pillow upside down…woops!) It was still comfy though – these inflatable pillows are awesome for backpacking and are only like 15 bucks on Amazon. 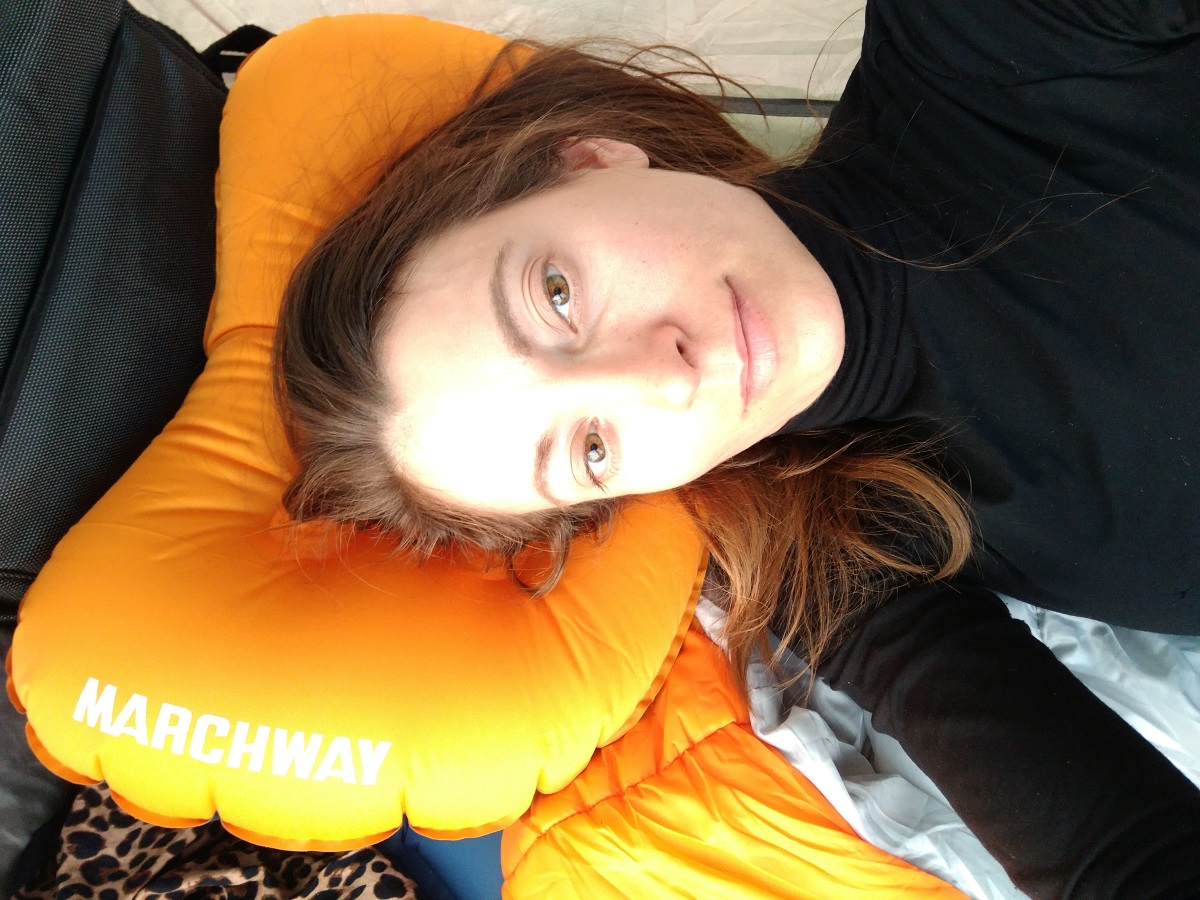 Swimming in the Colorado River

Instead of taking any chances, I made my way down the rocky bank, and slowly walked into the river, gauging the situation as I went.

While the current further out was obviously very strong, a small island formed an inlet, where the water was much calmer.

It was still ice cold, however.

At first it took my breath away, but once I started to move around, I actually really enjoyed the cool sensation against my skin. So invigorating! 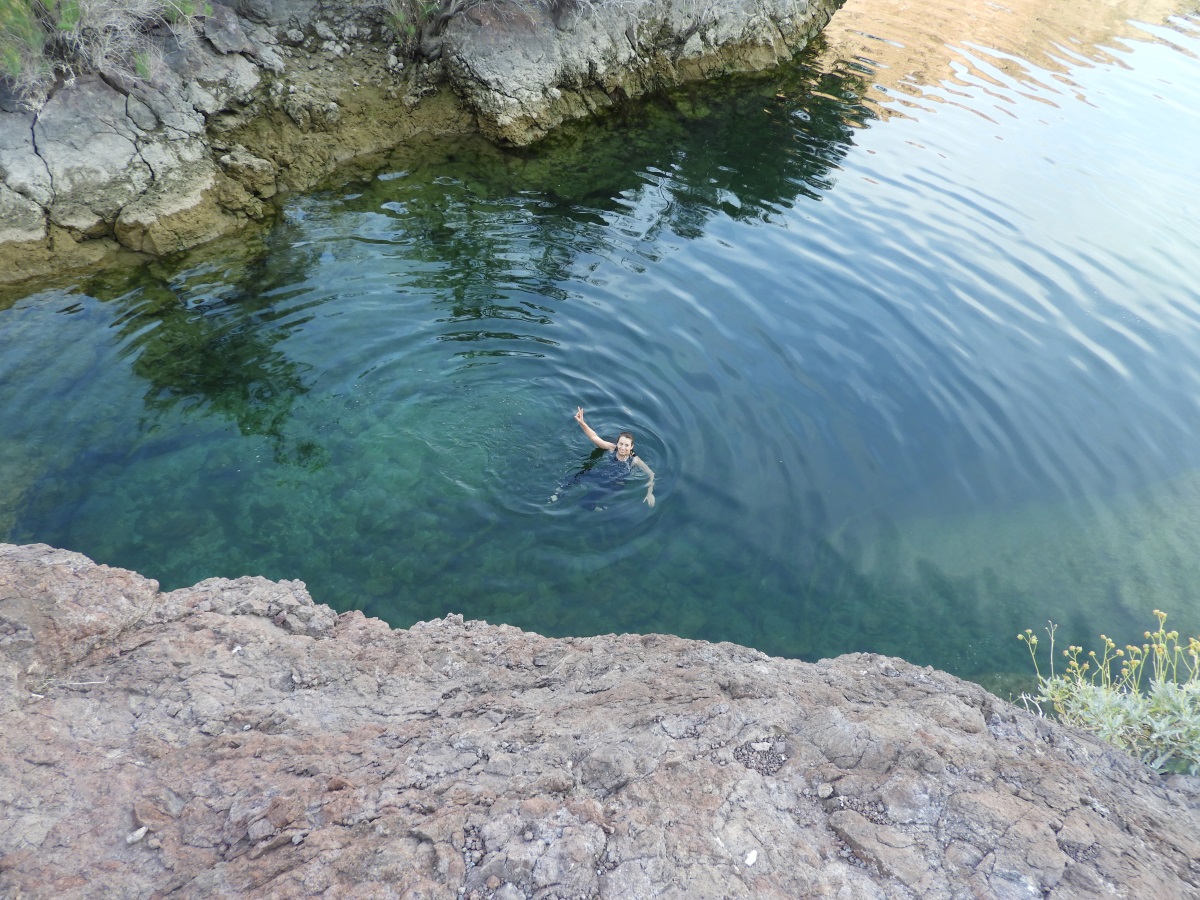 After taking a dip in the river, I changed into dry clothing and then began the process of taking down my tent, and packing up all of my gear.

A big part of me was sad to go, and found myself wishing that we were staying an additional night so I could hang out longer and explore! 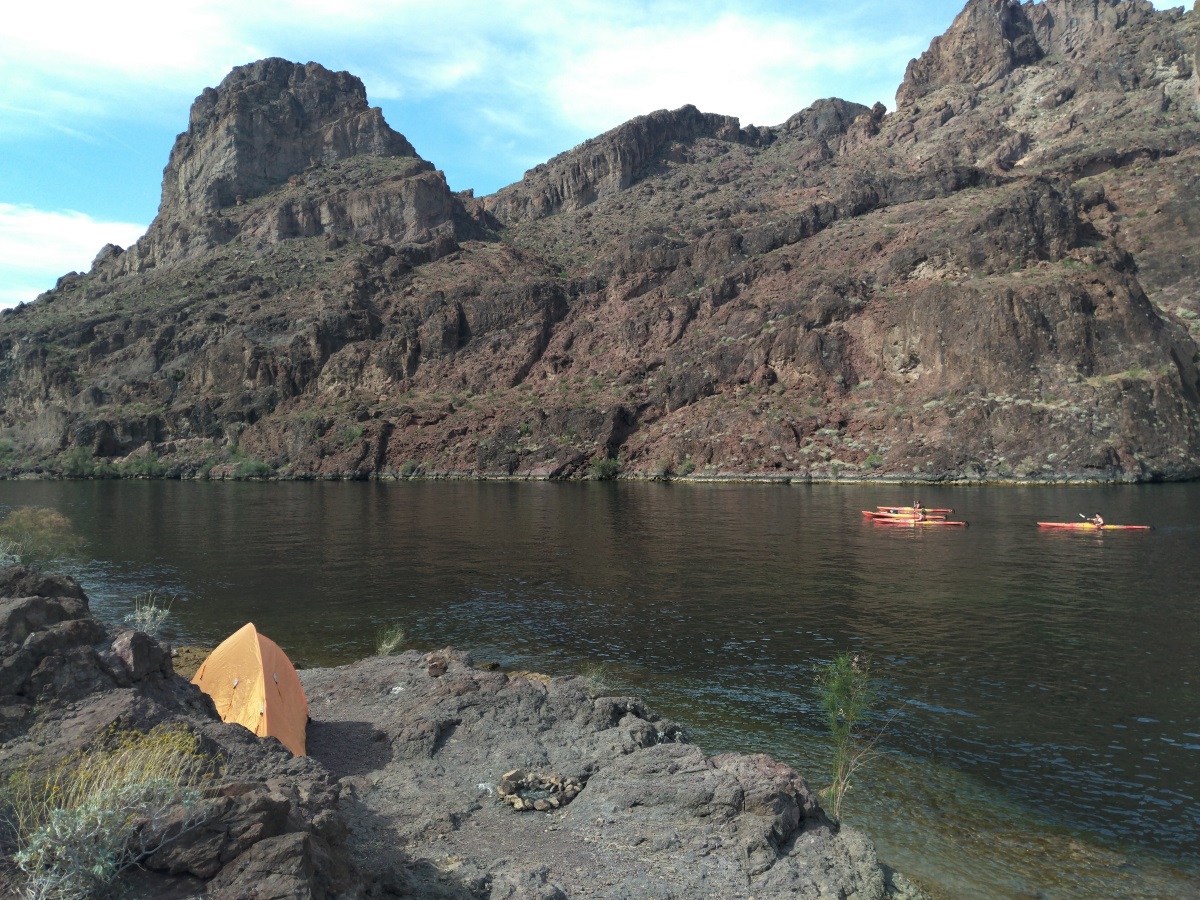 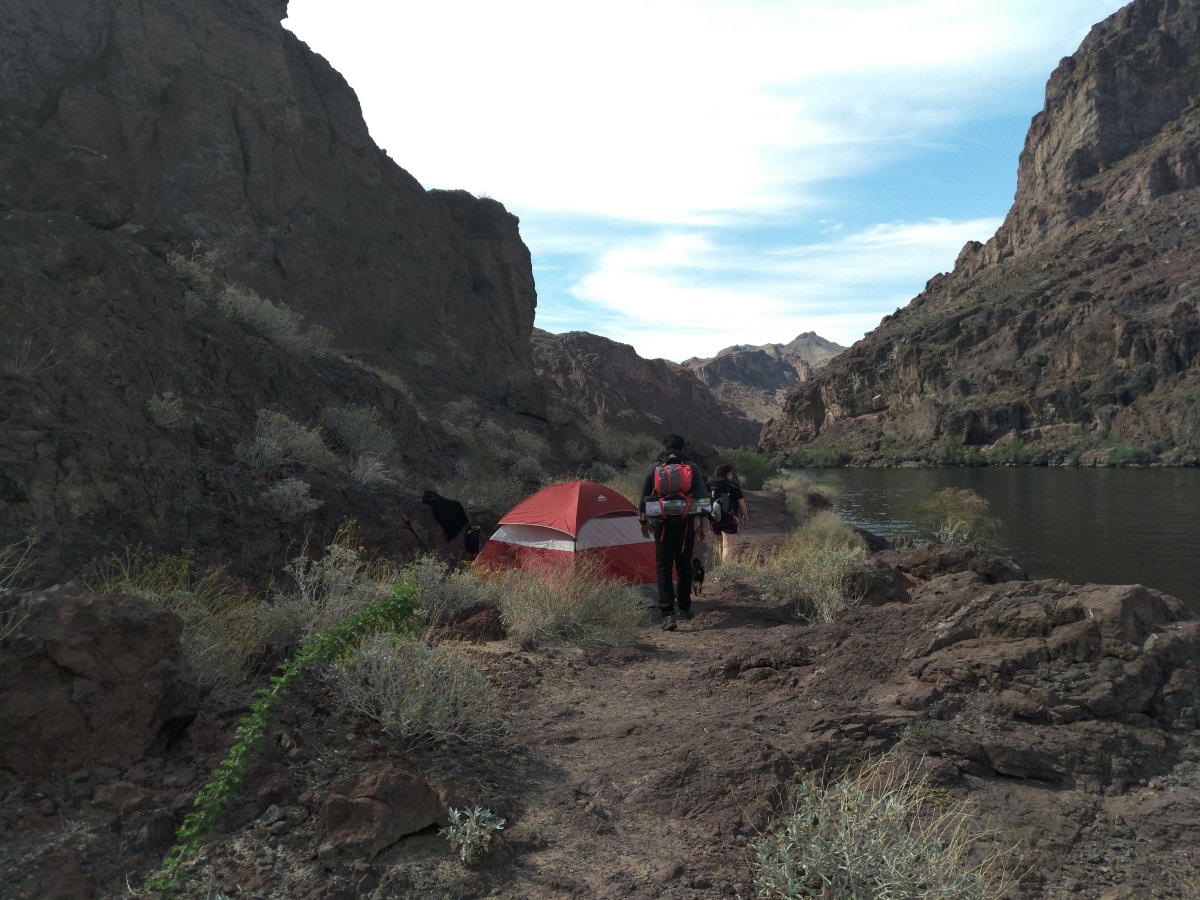 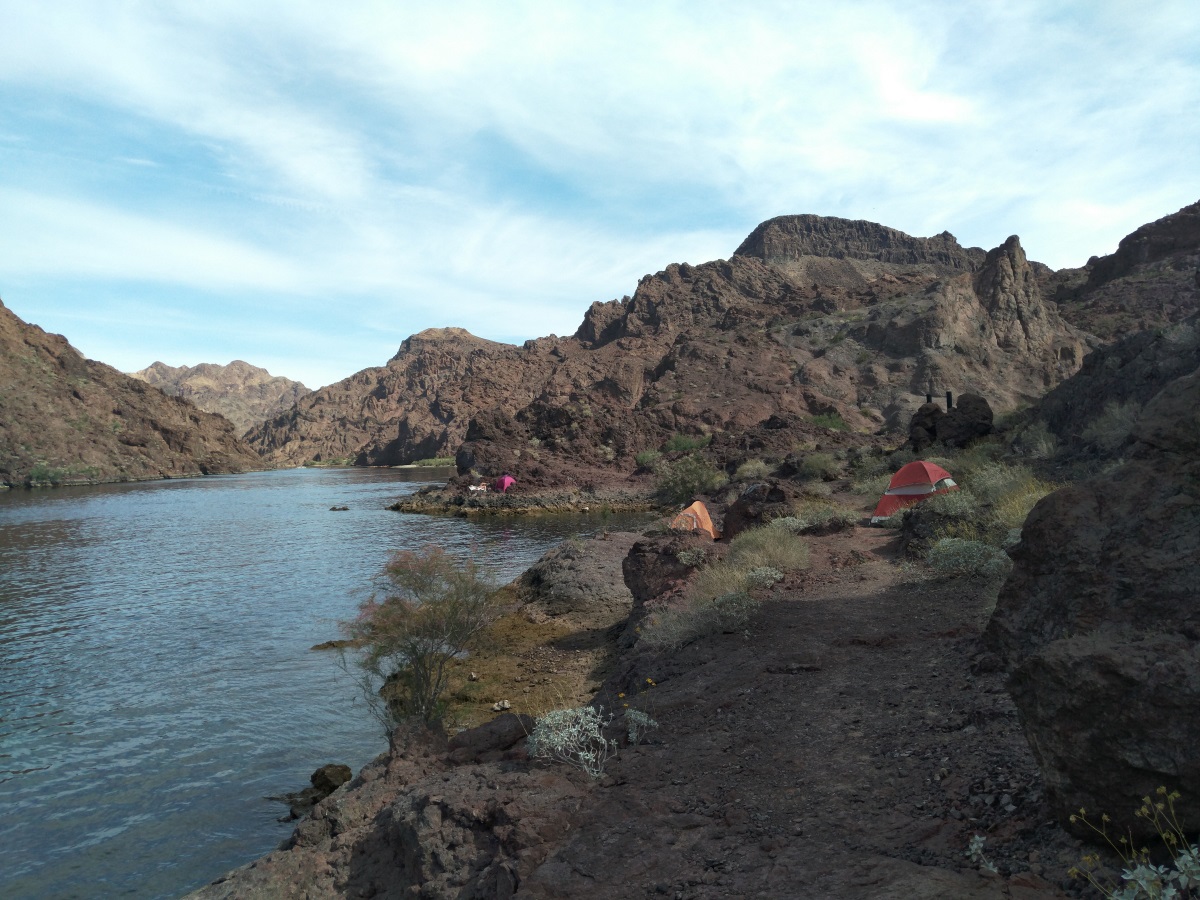 The Village is gone!

Do you remember ‘the village’ of campers that we passed by yesterday? (I wrote about it in a different post titled Arizona Hot Springs: Day 1)

Well, this is the same area where they were set up, and you can barely tell that they were ever here!

It was strange to see it completely gone, but I have to say that the group did a great job of packing out what they packed in.

With the exception of a few pieces of firewood, which were intentionally left behind for campers who came wood-less (like ourselves), every scrap of plastic or paper was gone. 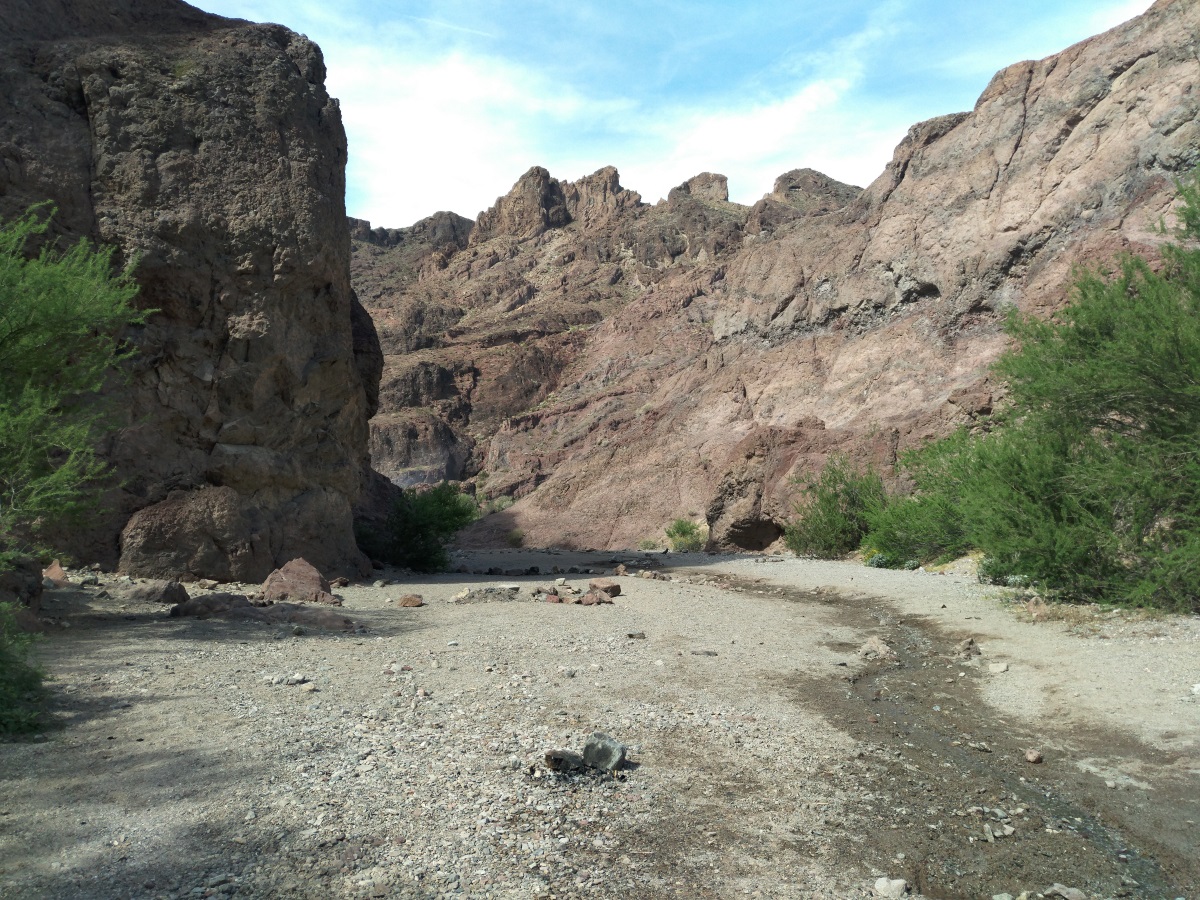 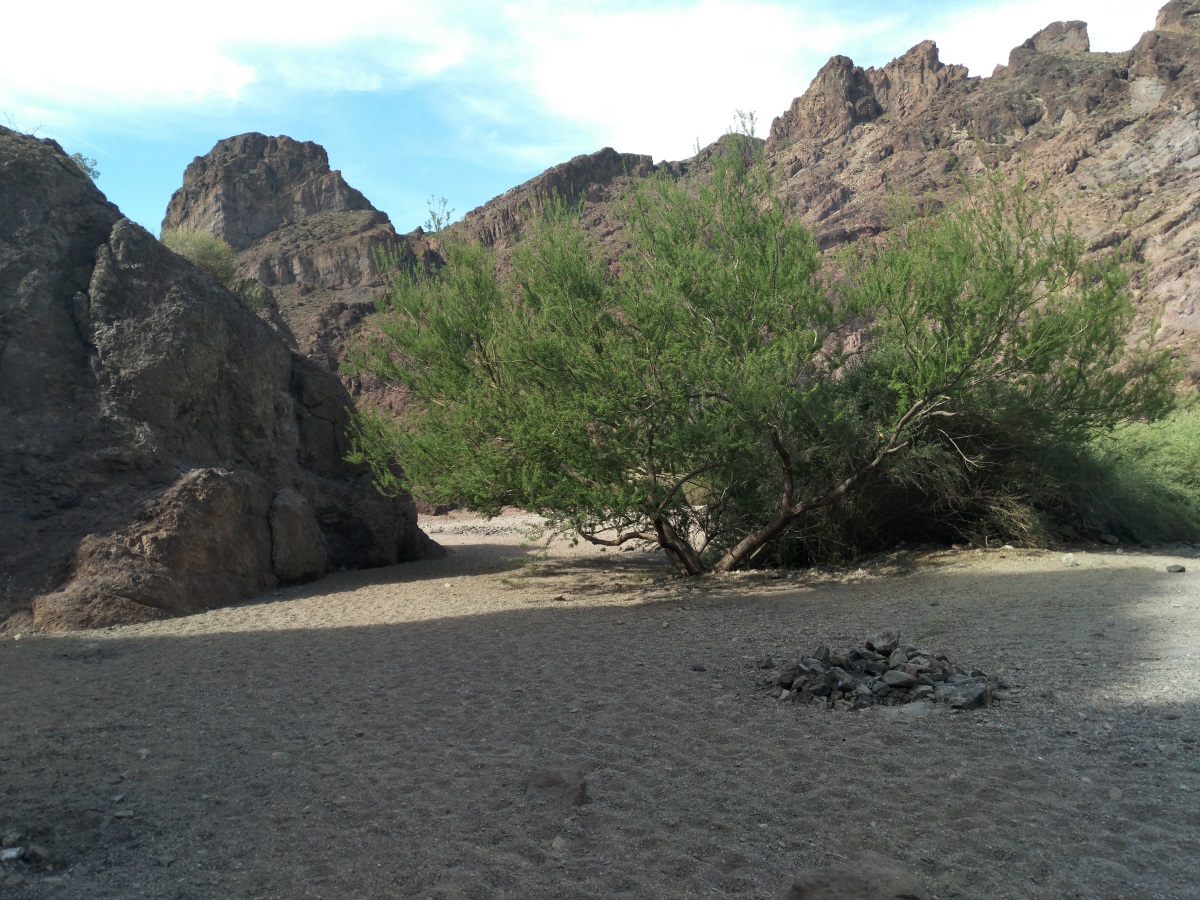 Leaving camp, we scrambled over a small rocky area, and then followed a path down into a narrow canyon, where there is a stream of warm water exiting the mouth.

This is actually where the trail is.

But instead, we took a right turn, exited the canyon, and followed the river bank.

We pretty much dead ended at a low lying beach, where we then scrambled up a steep, sandy cliff, at which point we were starting to doubt that we were on the right path. When we got to the top of the overlook, we realized that we were definitely going the wrong way. (The views from here were gorgeous though.)

Back down the sand hill, where I got attacked by a giant thorn bush that was refusing to let go.

Back along the rocky river bank.

And, back into the narrow canyon with the warm water flowing out of it. 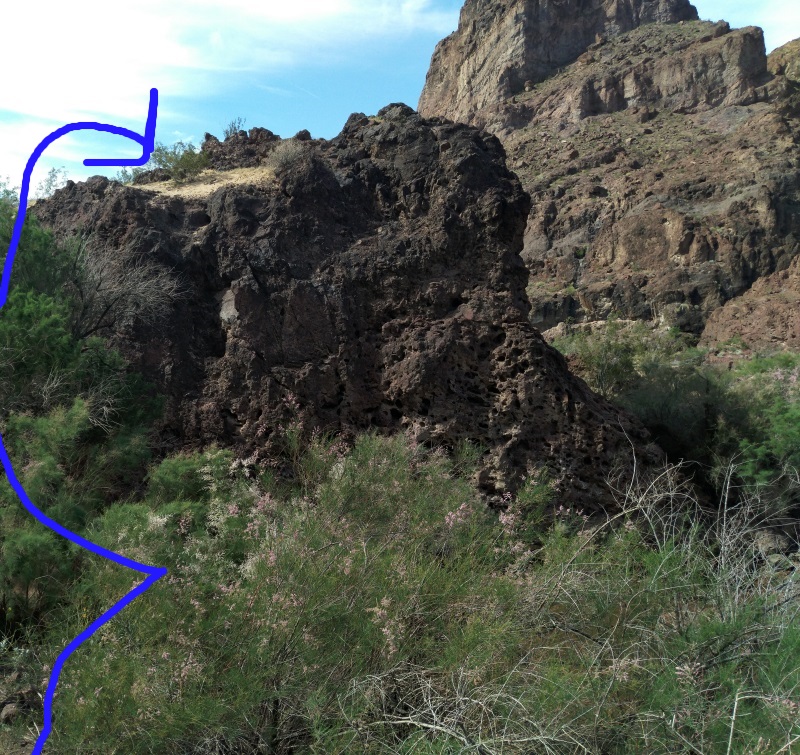 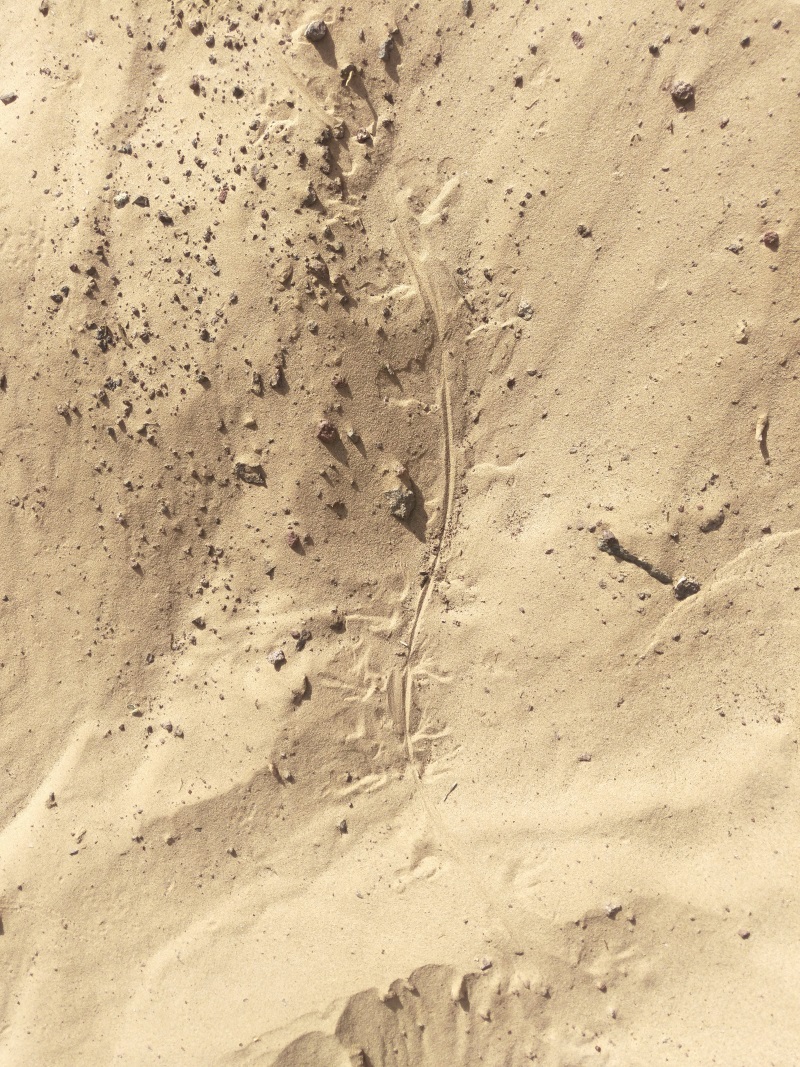 View from the top… 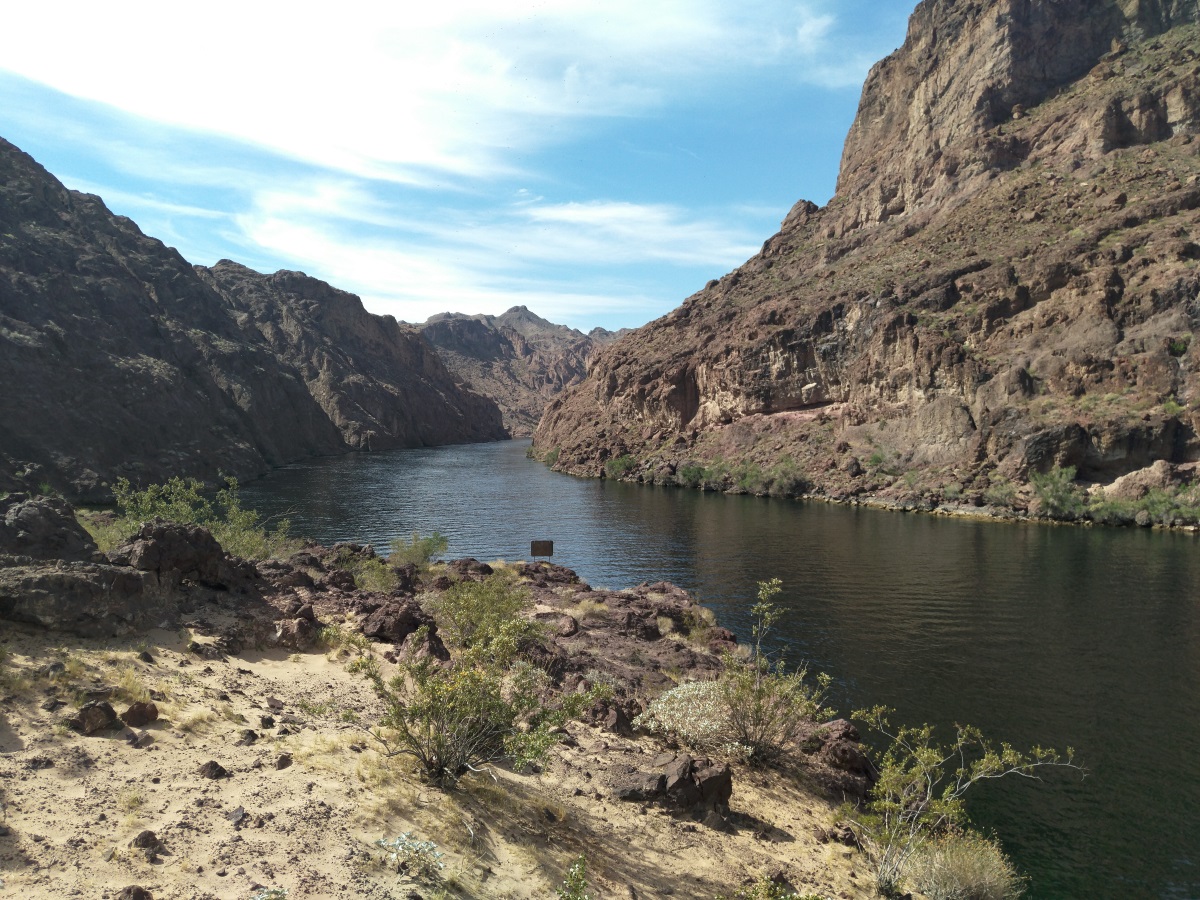 Back down the way we came from… 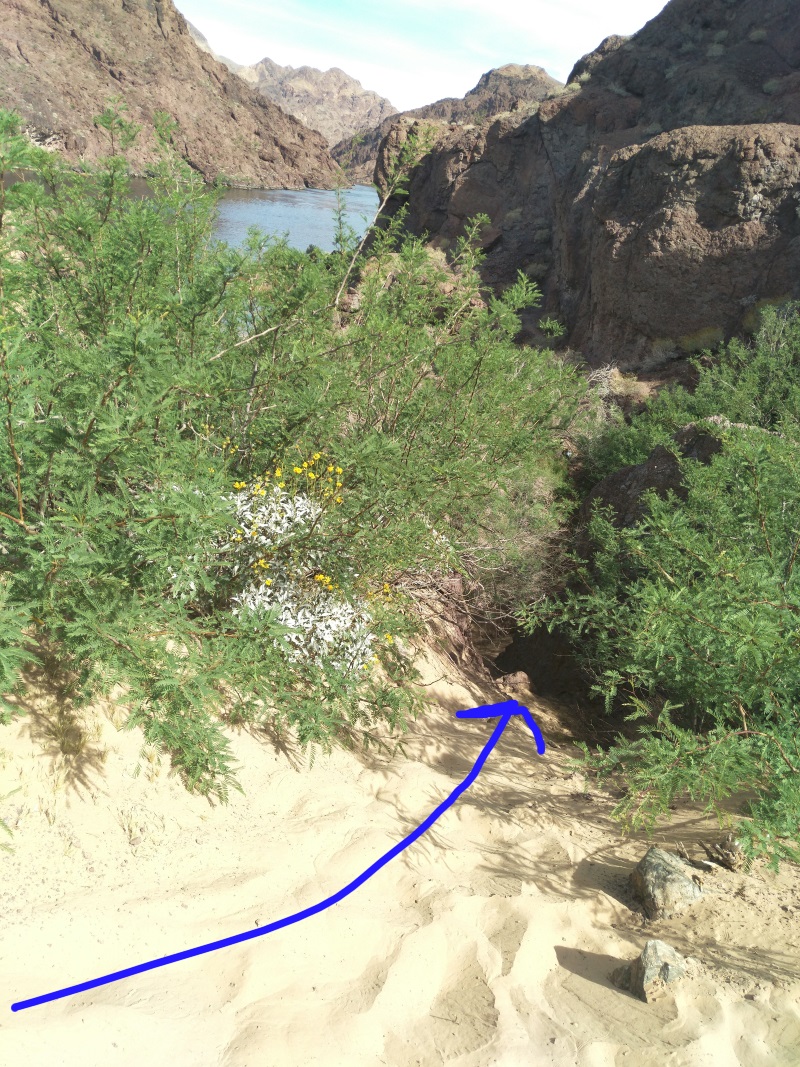 This attacked my butt cheek on the way down. Yowsers! 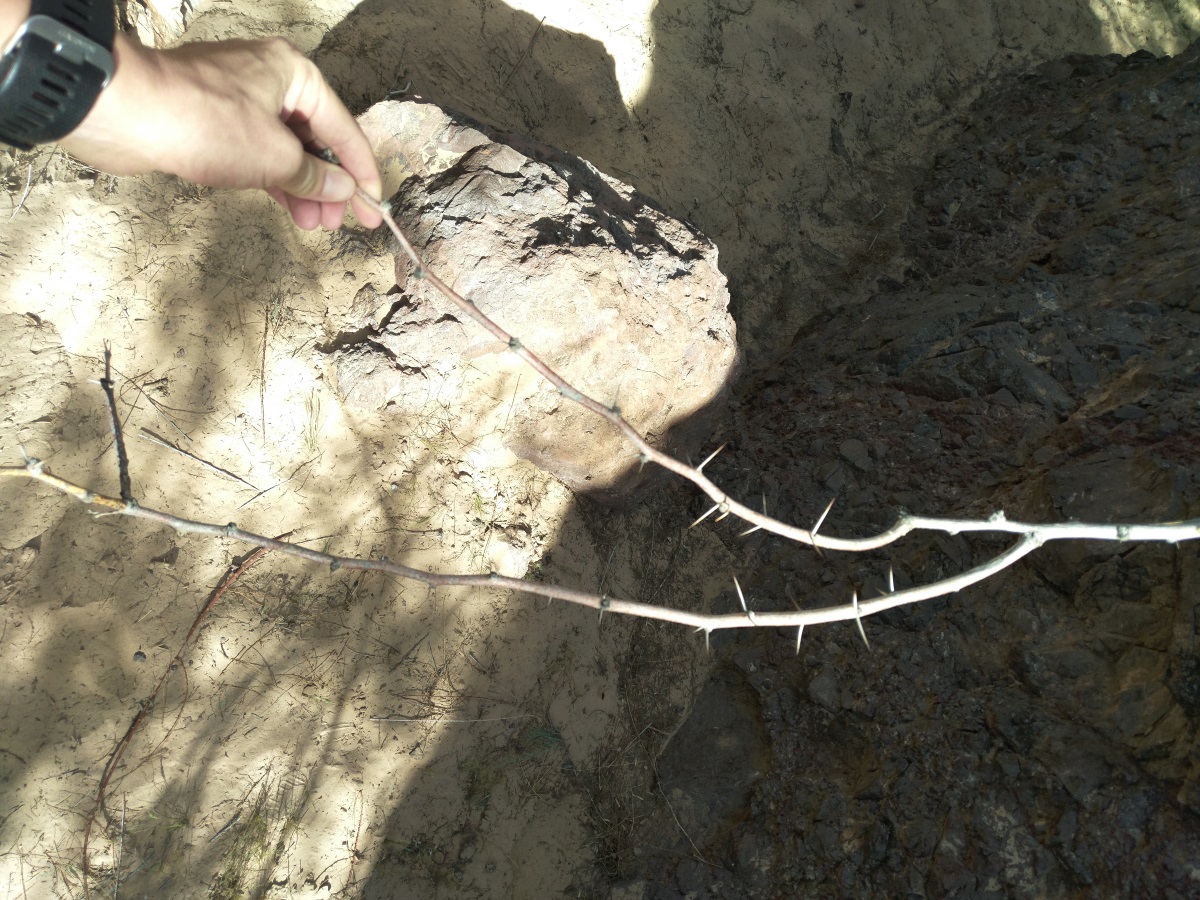 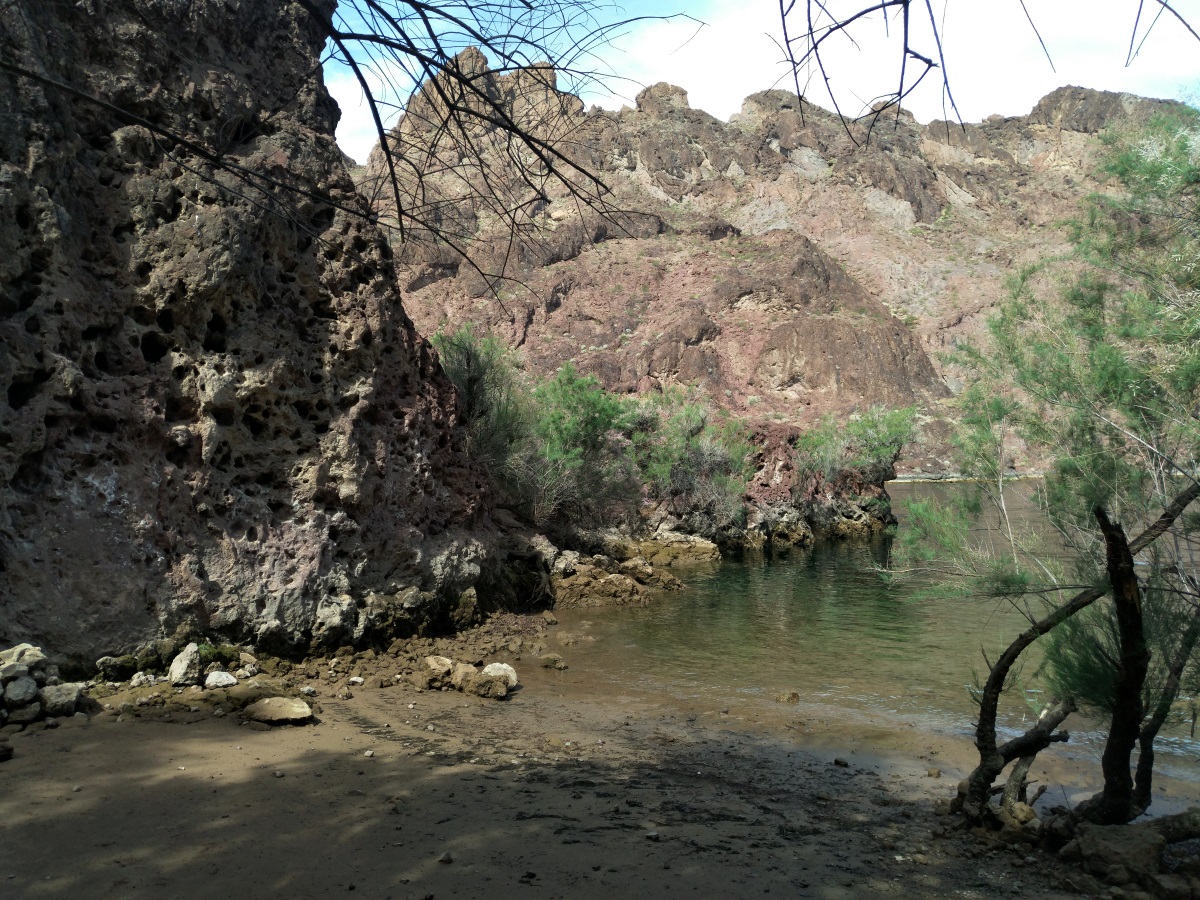 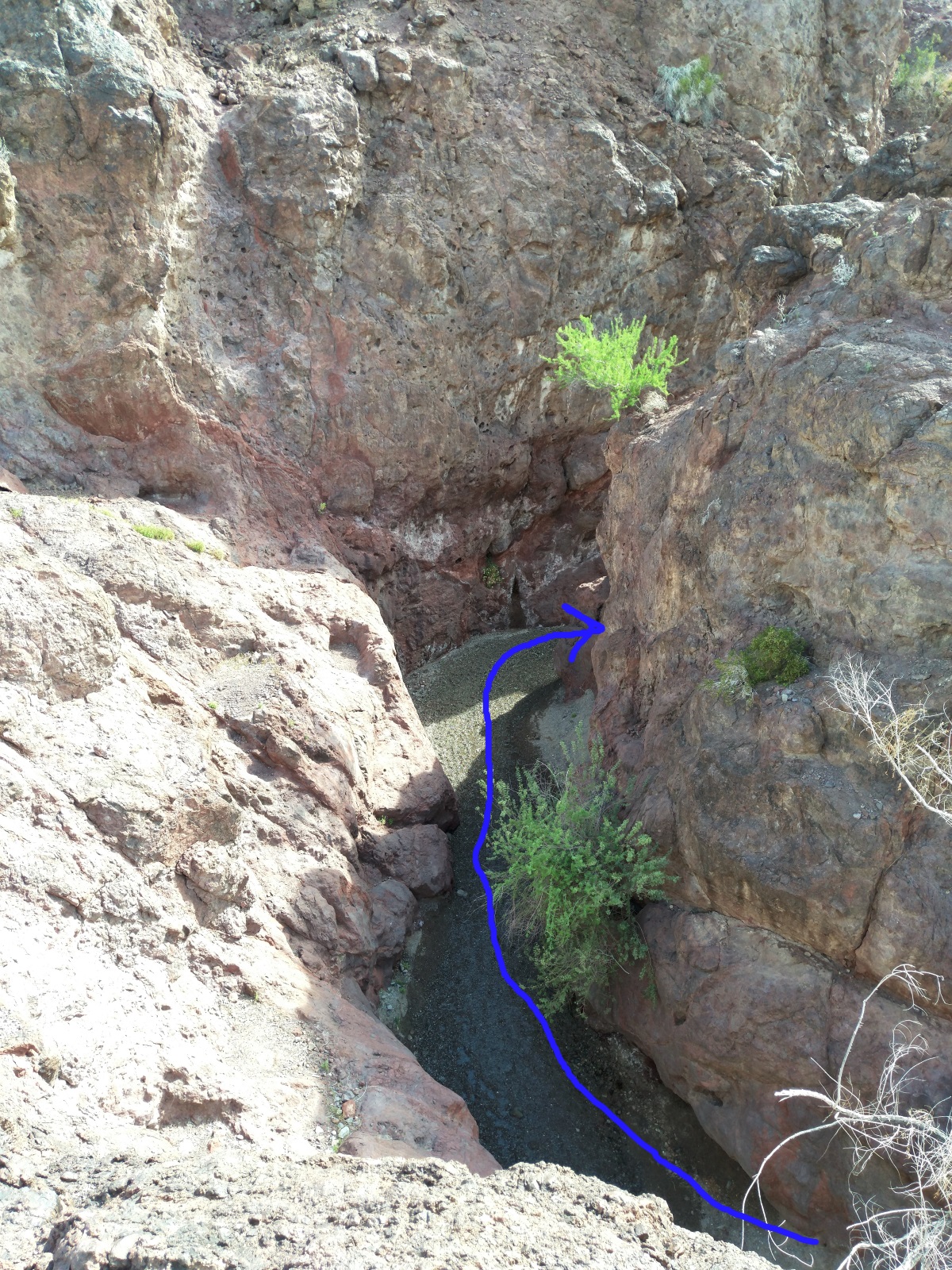 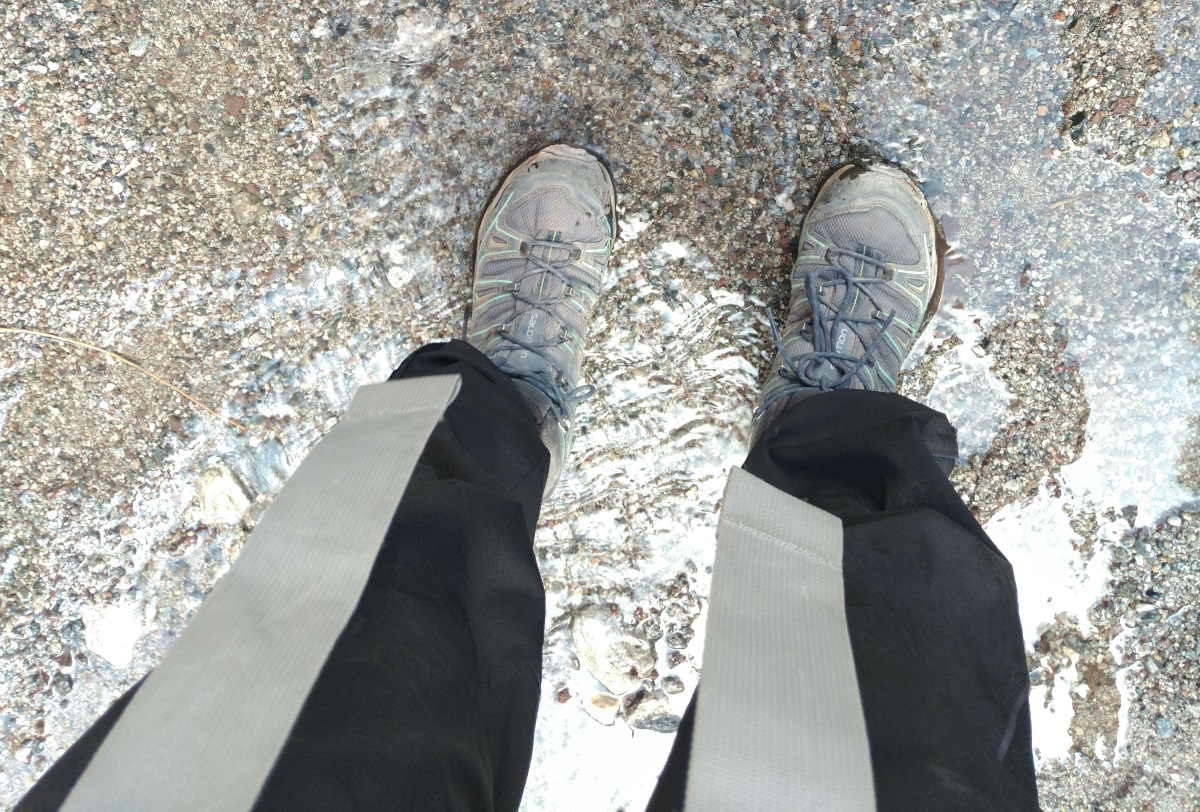 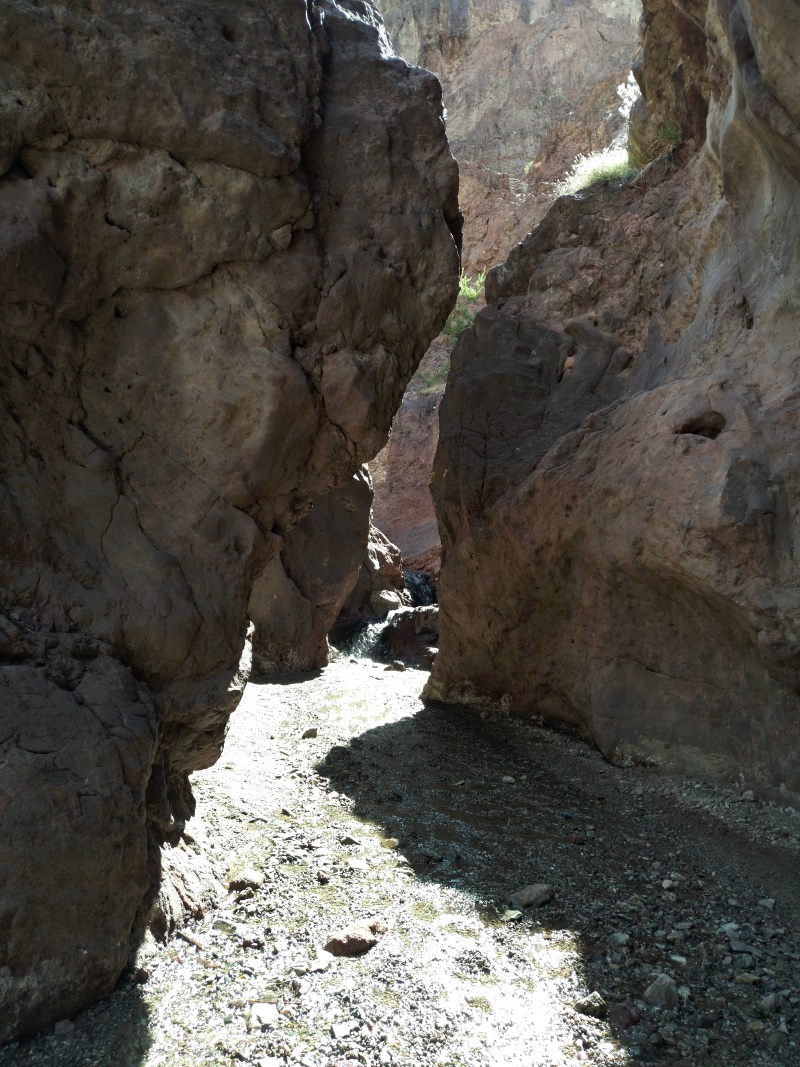 Once we were back on the trail, and going the right direction, the real fun began. Starting off, the water is warm and shallow, and it’s pretty easy to navigate in sneakers. But soon, everything changes, as you get closer to the hot springs. At a certain point, you reach a (warm) waterfall where a ladder has been attached to the face for climbing. Without this ladder, climbing up to the hot springs would be extra challenging, to say the least.

Once we got to the top of the ladder, we changed out of our sneakers and into water shoes. The rest of the trail would be impossible to cross without getting wet. In fact, some of the hot spring pools were so deep, that the water came up to my waist! Fellow hikers advised us to remove any valuables from our pockets before crossing, which I was grateful for the advice. I’d like to think that I would’ve had enough foresight to remove my phone from my pocket, but honestly, with my mind on the trail ahead of us, I’m not so sure.

So at this point, we are basically walking waist deep in hot – and I do mean hot – almost too hot – water, through tall, but very narrow canyon walls. There is absolutely no way to go around the pools of water. The only way is through. Each pool is staggered in a way that the water from the top springs is cascading down to the next pool, which then cascades to the next one and so on.

Folks were gathered in several of the lower pools and hanging out like it was a jacuzzi, drinks in hand. The closer to the top, the hotter the water got. By the time we reached the last pool, my skin was burning ever so slightly. If I had drawn a bath and stepped into water this hot without checking, I would have hopped right back out. But here, our choices were to turn back, which we sure as hell weren’t doing, or to just push through it. It wasn’t a very long stretch and so we of course, chose the latter. 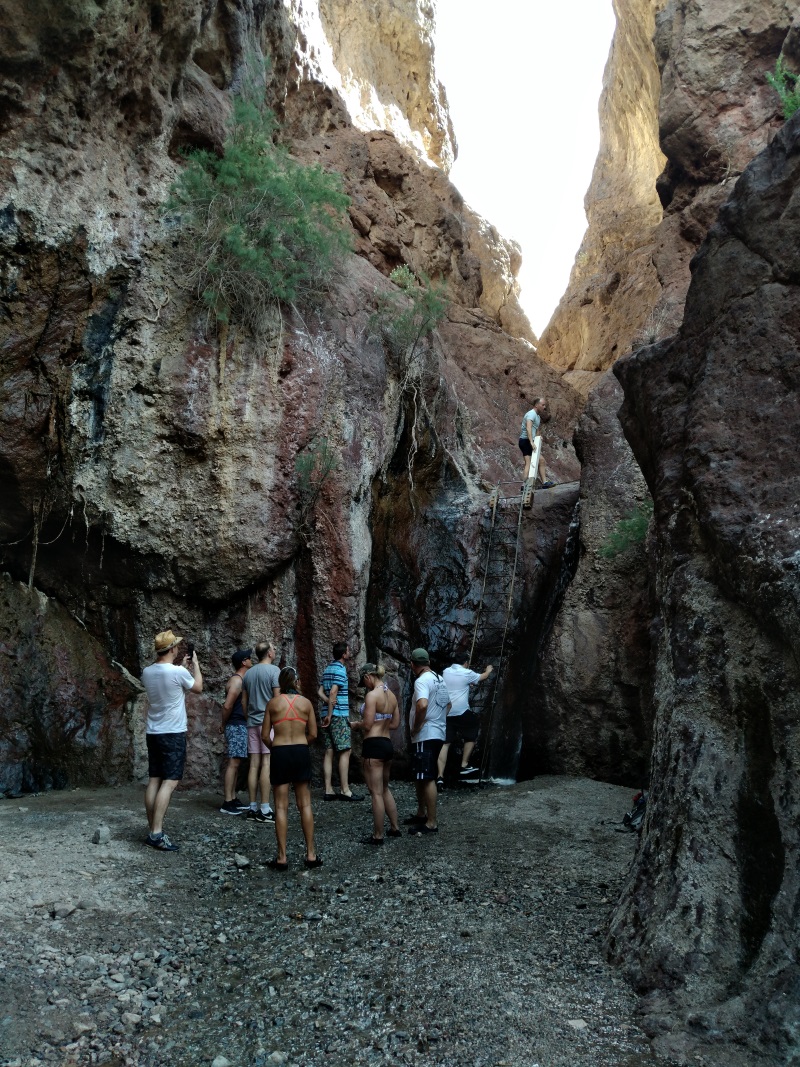 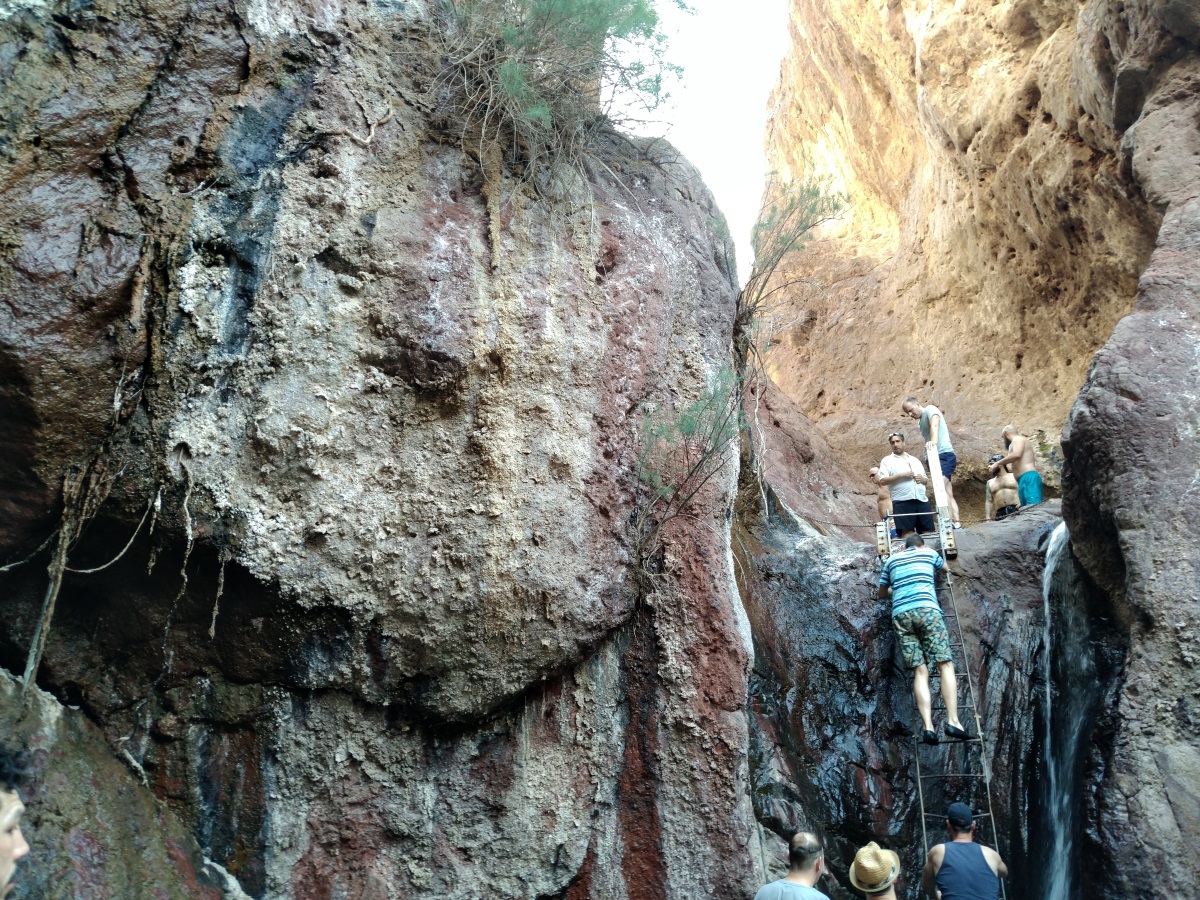 Out of the Canyon

Once we were out of the canyon, the hike got hard.

This is because we were no longer protected by the canyon walls and were at full mercy of the blazing sun.

We literally chose the worst time to be hiking, especially while carrying heavy backpacks.

It was mid-day and the sun was in all it’s glory.

As if the sun wasn’t enough of a challenge, this part of the trail seemed to be one long uphill section.

Sure, there were a few dips here and there, but man, it was a whole lot of incline. My legs and skin were burning.

My Garmin health tracker actually alerted me, saying that my heart rate was at it’s thresh hold, and then at ‘maximum’, which kind of scared me.

I felt fine, other than being utterly exhausted from the heat, but I never saw it reach that level before. We found shade to rest for a minute and then after that, I tried to keep a slower, but steady pace, and really focus on my breaths. I think this helped.

While resting, I made sure to drink plenty of water and eat some snacks.

This helped me stay hydrated and also to cool down.

As a group, we were diligent about re-applying sun screen and doing so, liberally.

Although it was only five miles from camp back to our car, it was a difficult 5 miles heat wise. 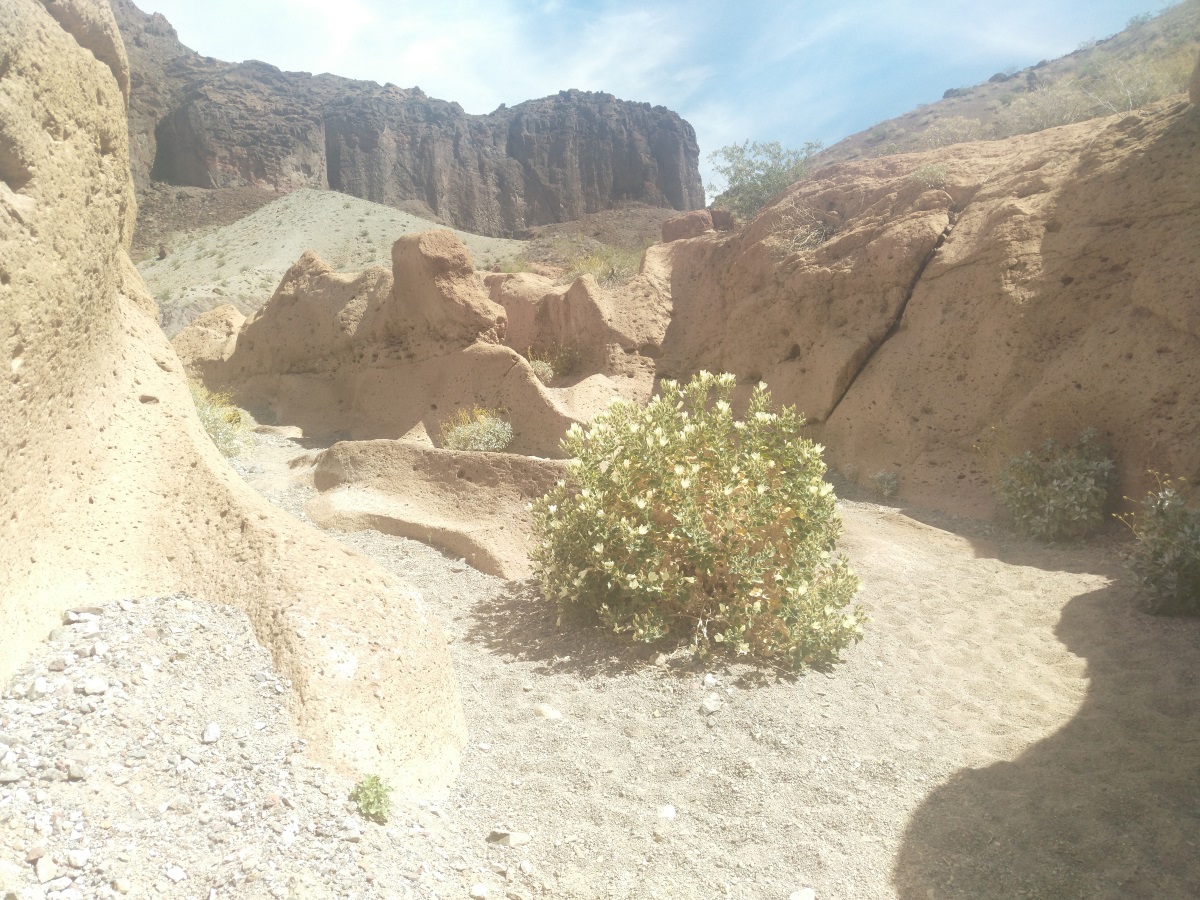 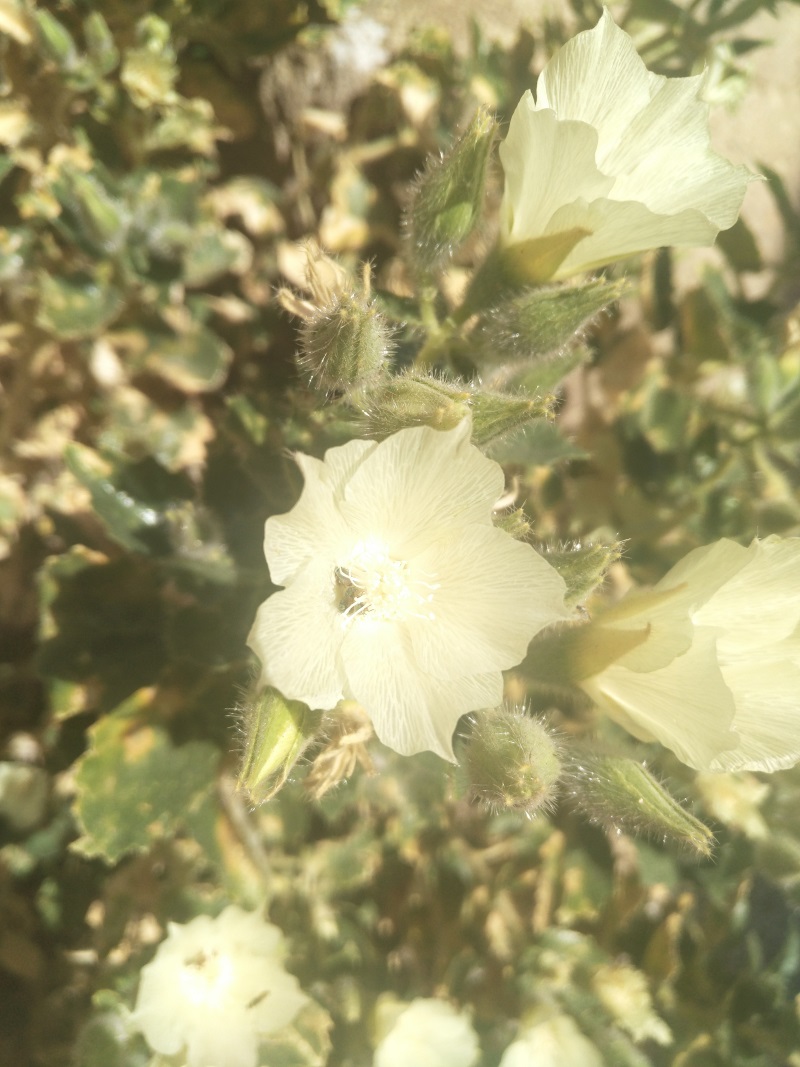 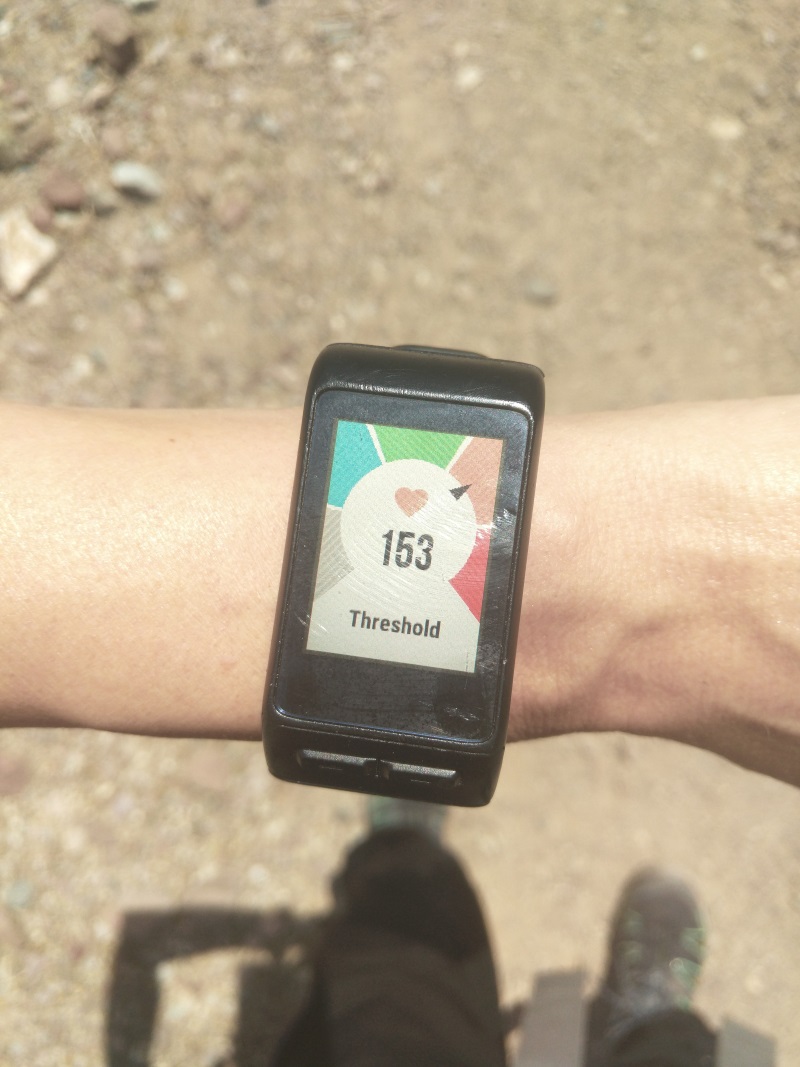 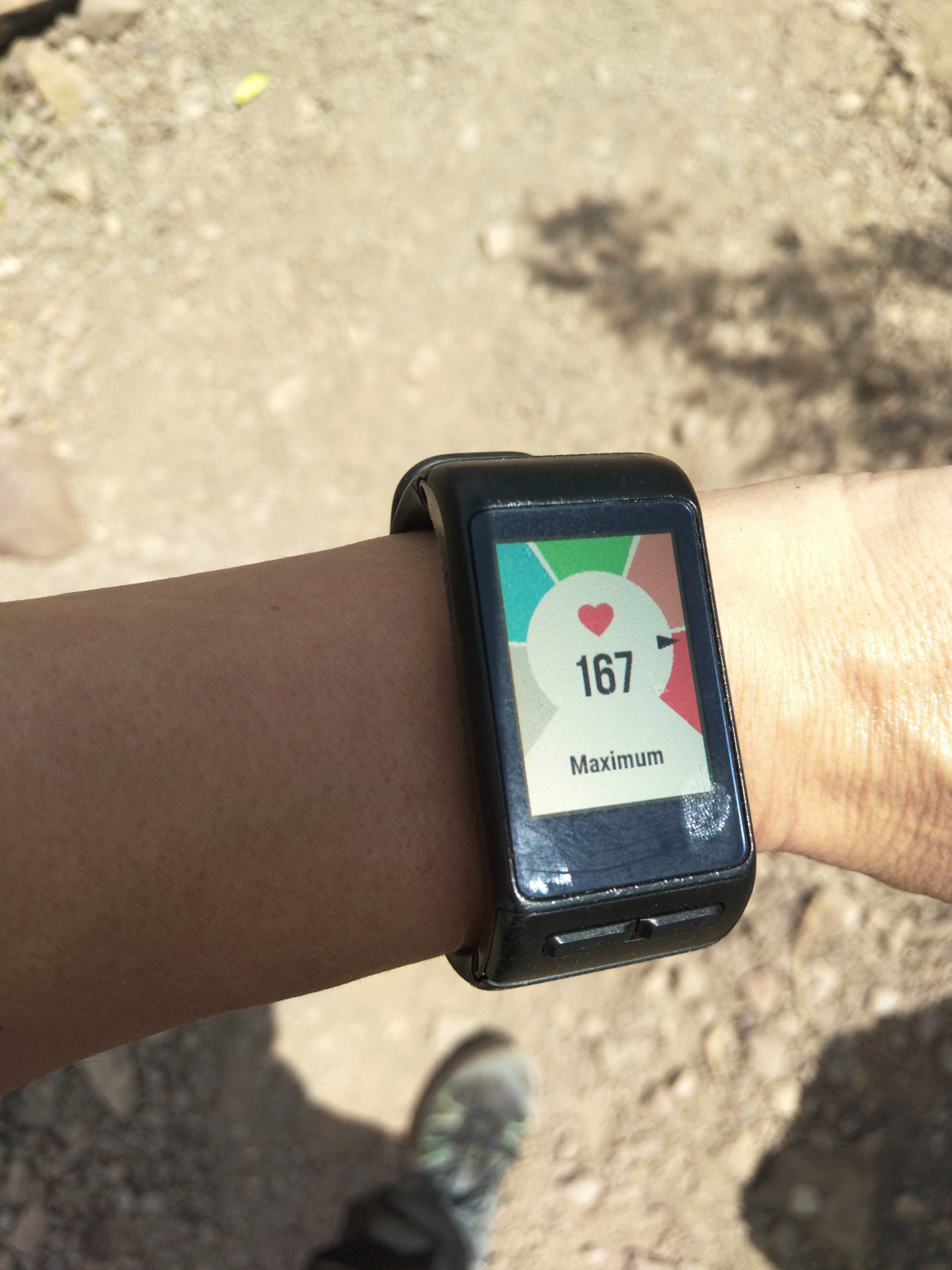 We passed this group on our drive back. They are riding a pedal cart that is designed to work on the railroad tracks. I’ve seen a video for this on Facebook before and thought it looked pretty neat. 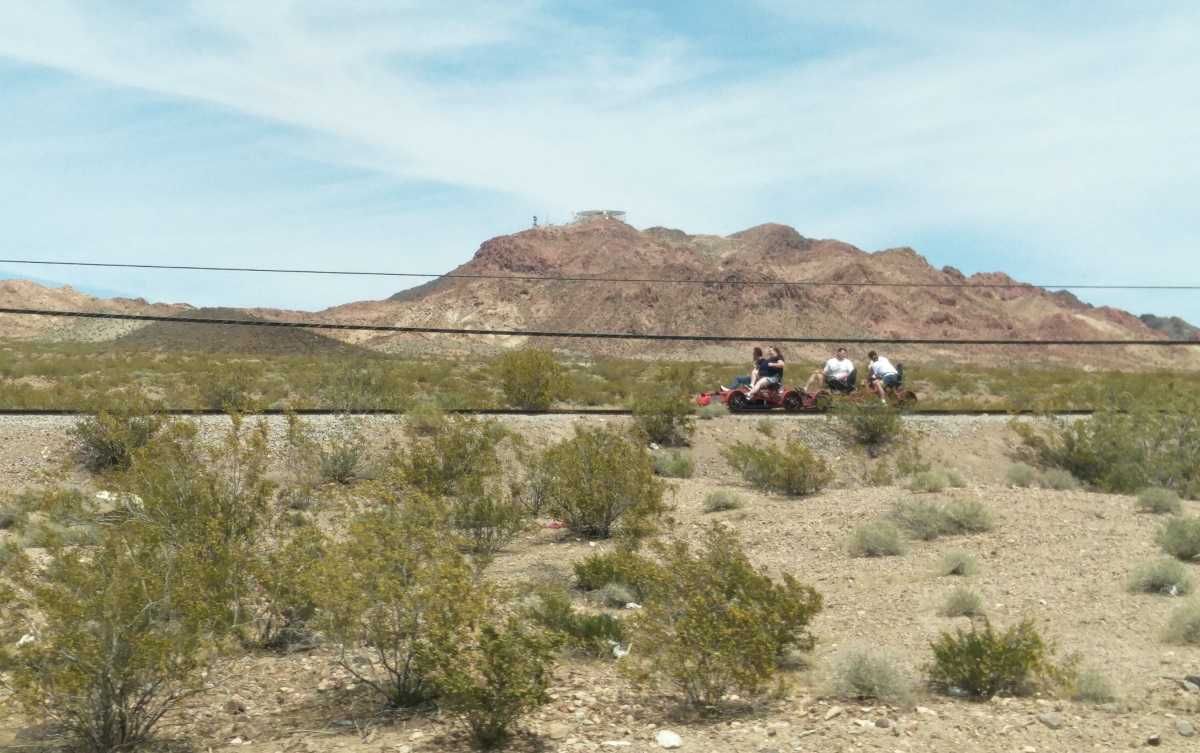