At about twenty past ten in the morning on Thursday, February 9th, Max Azria was one of the first to present at Lincoln Center and really set the tone for what we were to expect for the week. Personally, I think I was a bit underwhelmed by the color palette at the beginning of the show with a lot of neutral colors and greys, but the show got a bit more interesting with some brighter orange colors.

The element that stood out the most was the integration of fur into the garments: one dress featured a light brown and black fur shoulder, while others featured fur selves. 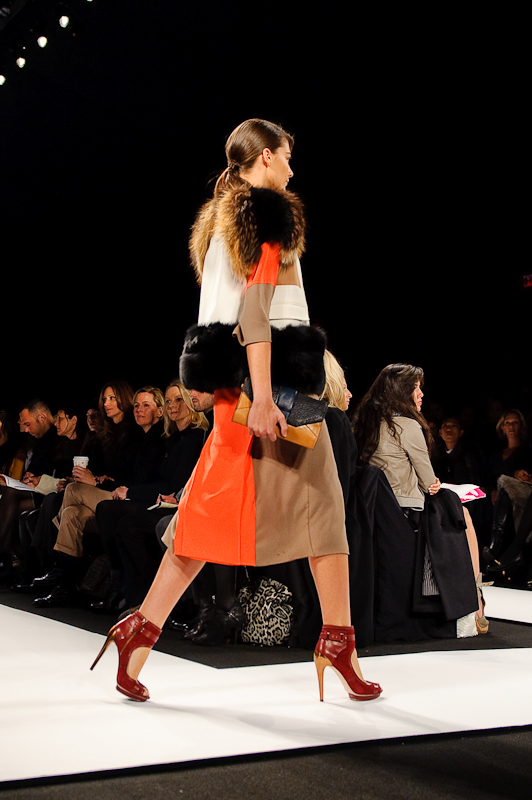 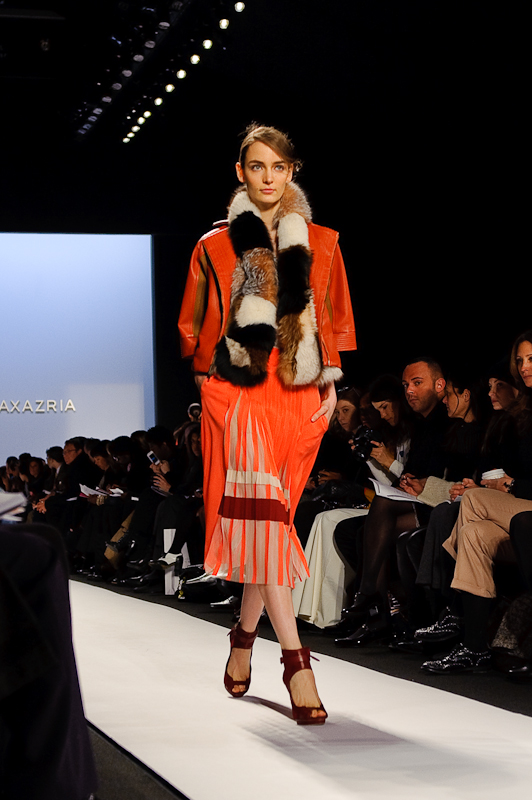 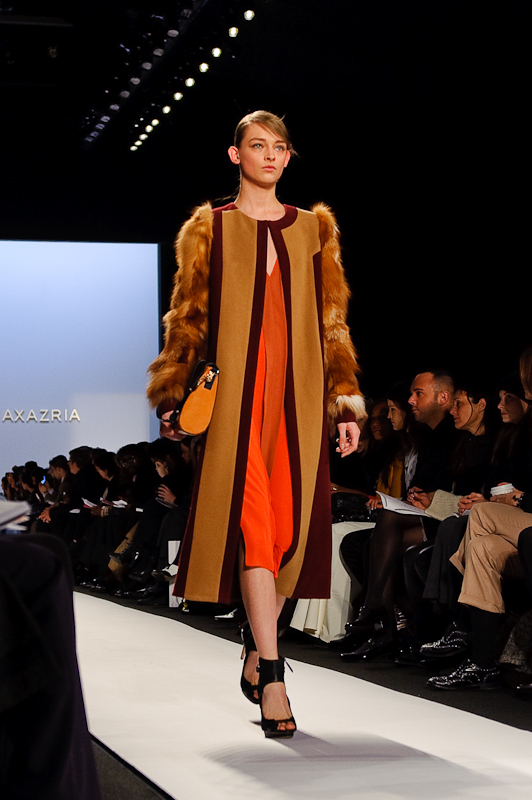 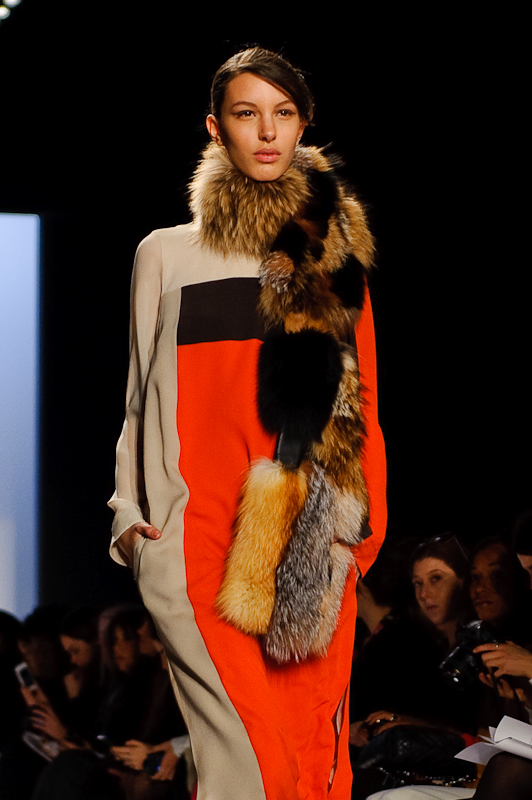 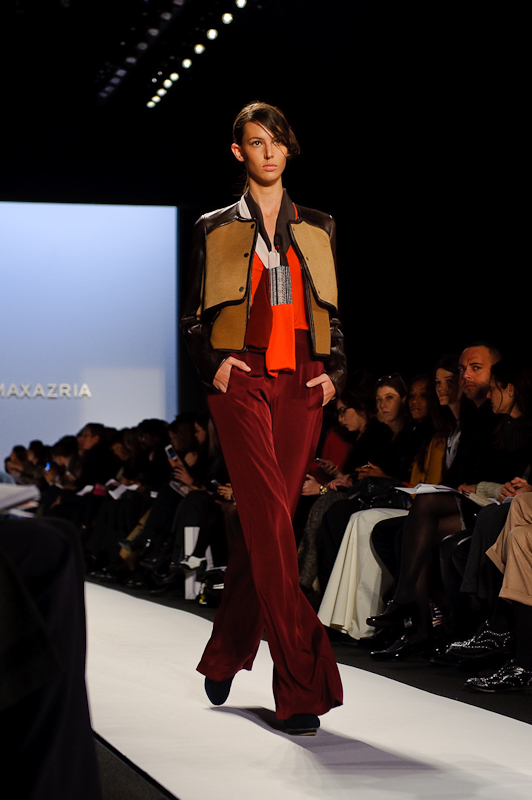 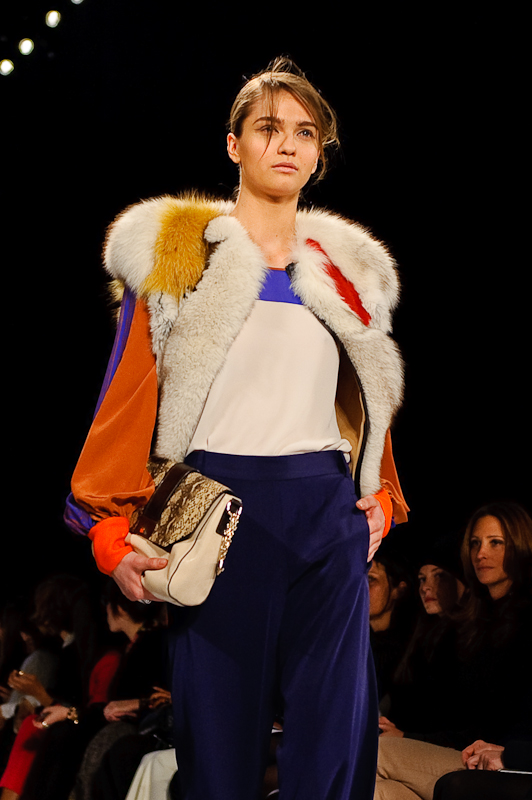 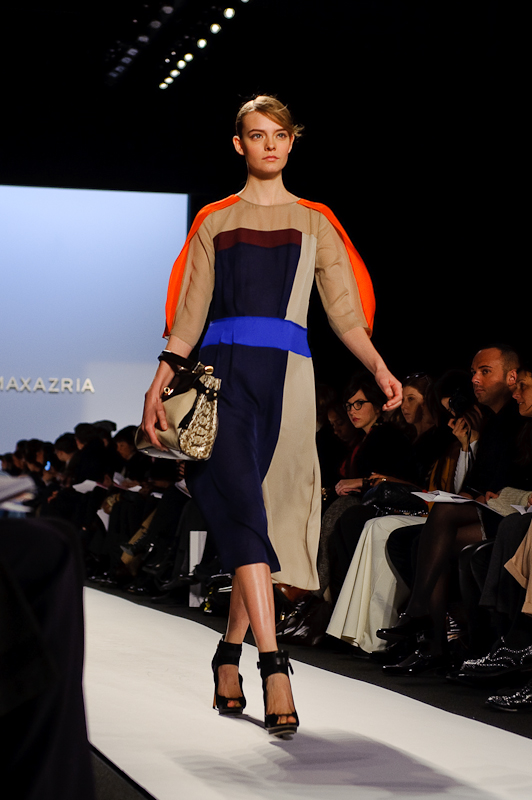 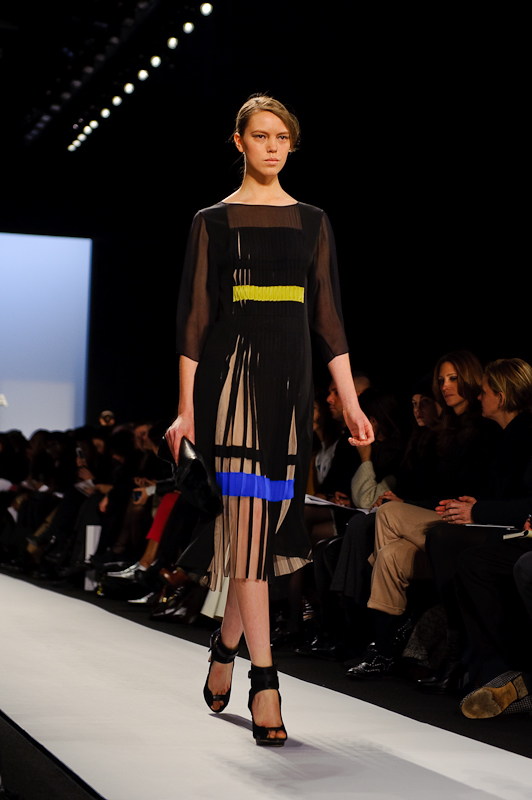 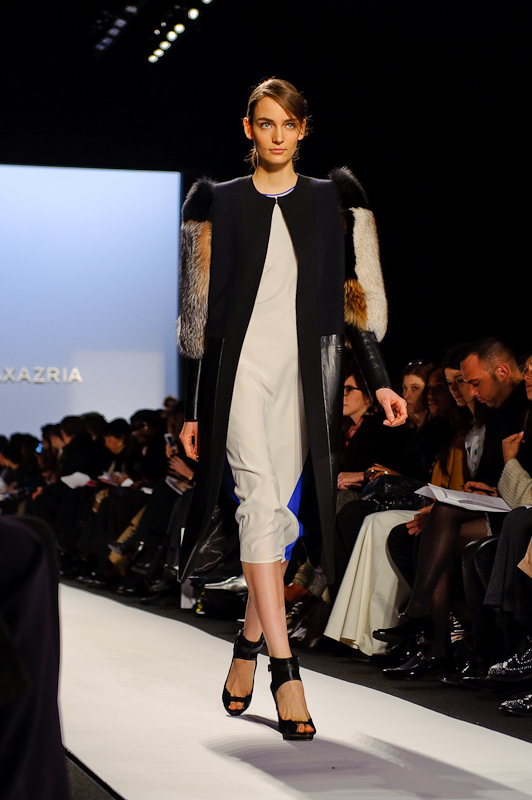 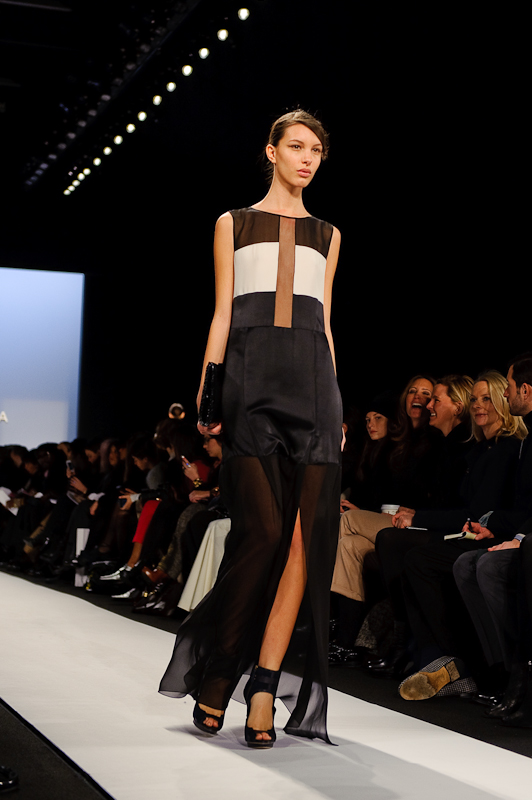 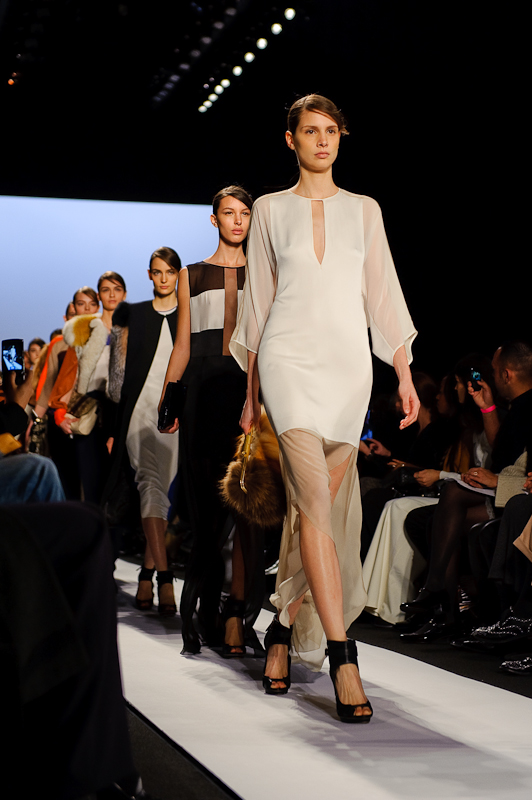 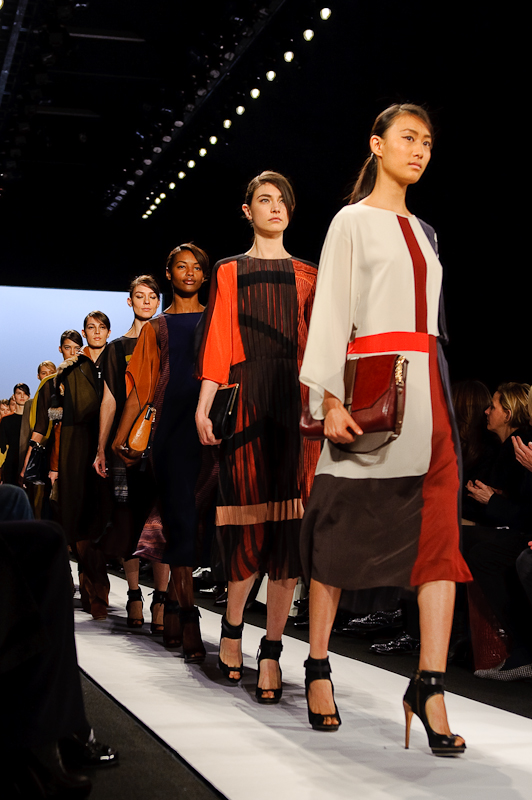 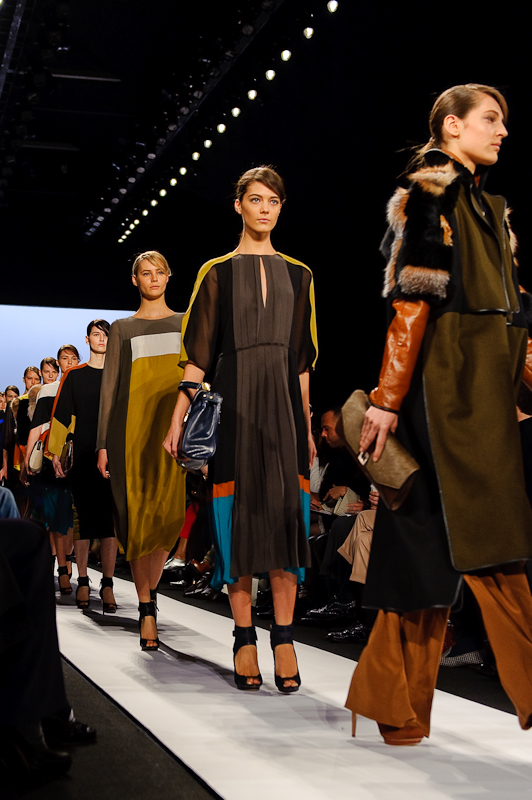 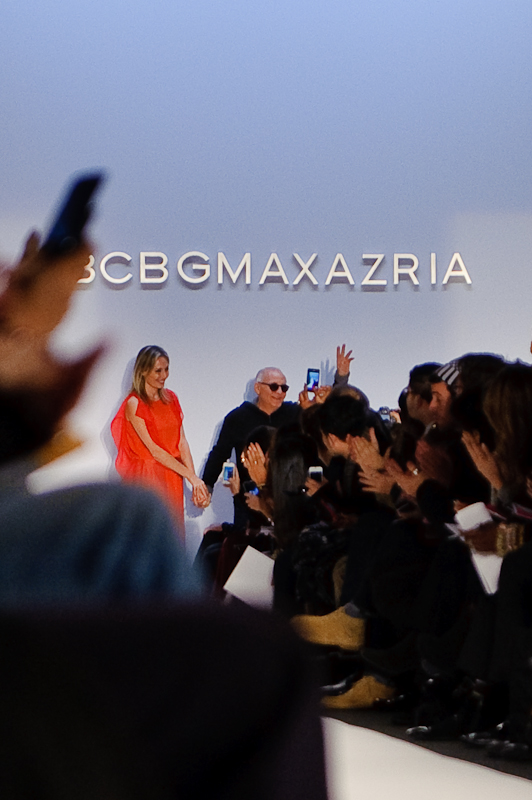