For our latest adventure, a couple of my hiking buddies and I decided to hike out to the Arizona Hot Springs, and camp overnight.

All in all, we ended up hiking about 9 miles total: 4 miles to get to camp the first day, and then an additional 5 miles the next day to get back to our car, including a minor detour when we got lost for a second.

It was hot, and as usual I packed for a week not a night. But overall, it was pretty awesome – I really enjoyed the hike itself and the experience of getting to fall asleep under a sky full of stars, right next to the Colorado River! 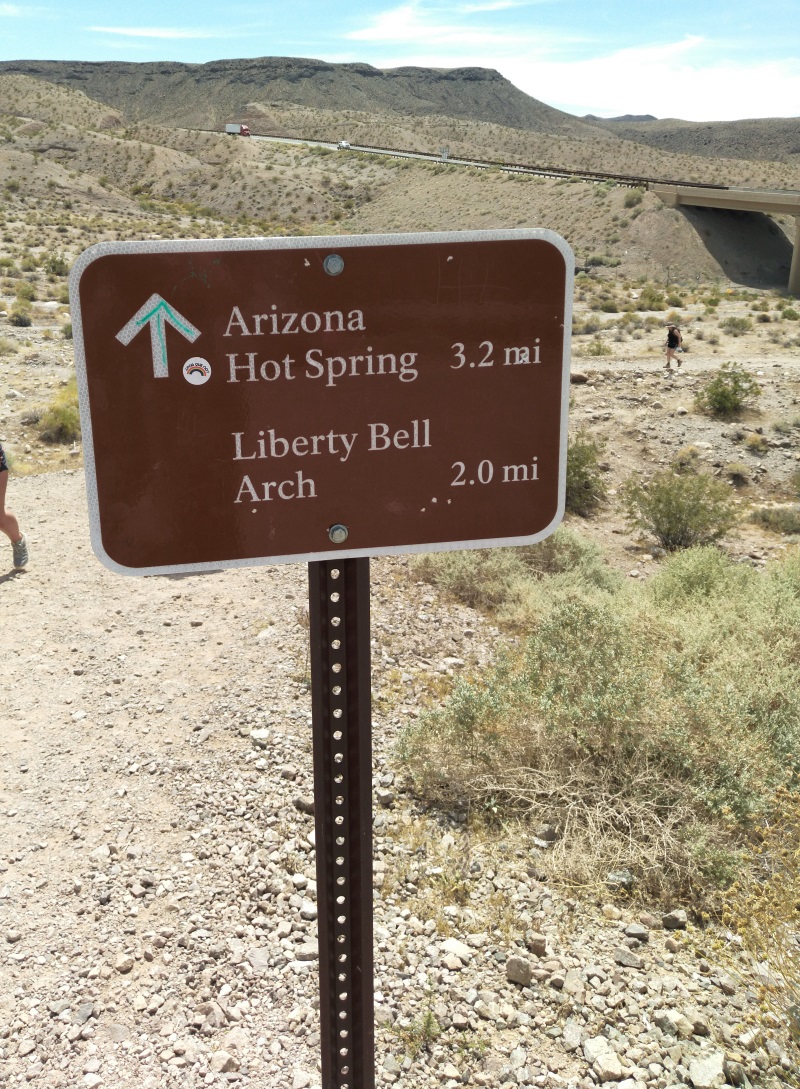 The trail from the parking lot starts off in a gravelly wash, before leading into the canyon, where you begin to wind your way down to the banks of the Colorado River. This is where most people set up camp for the night; either on the small cliffs along the river bank, or on one of the beaches a little further in.

There are some interesting arches along the way. 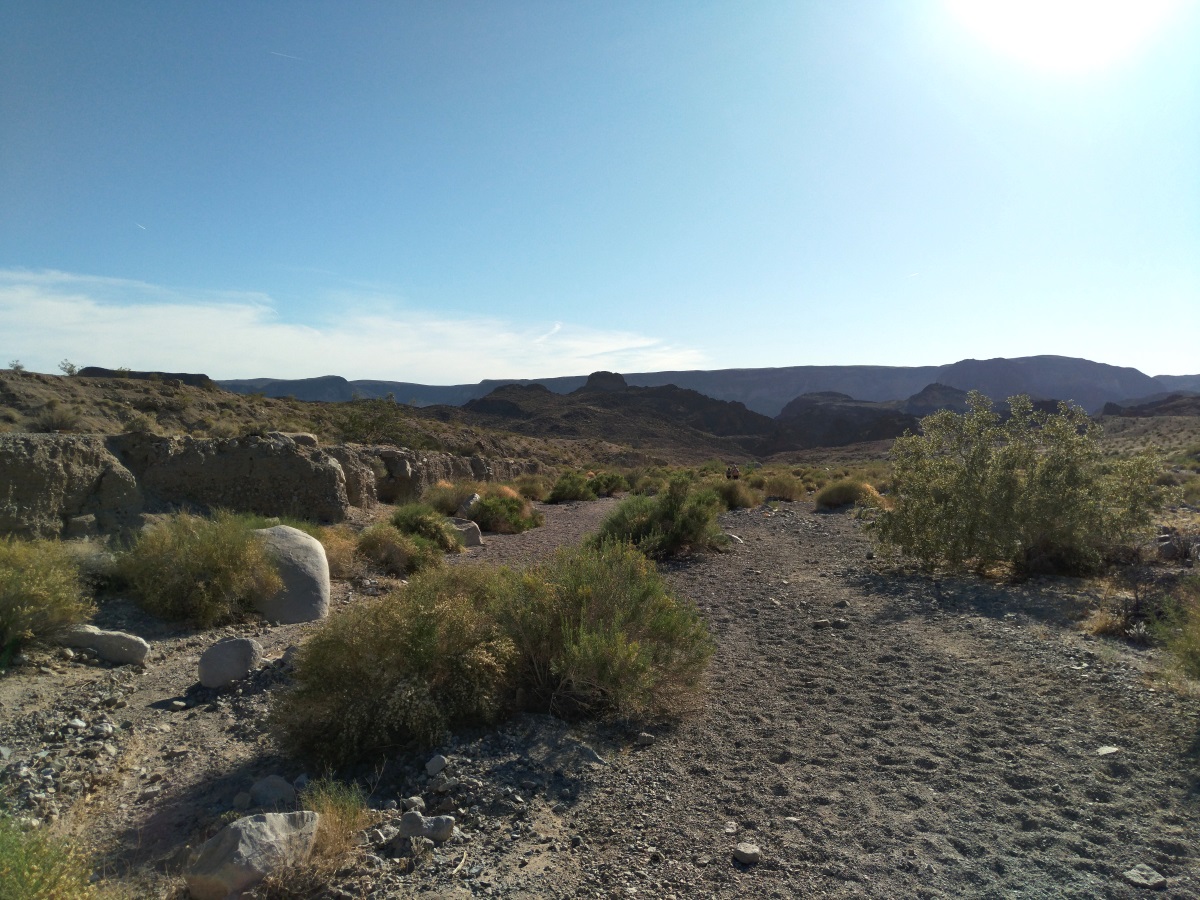 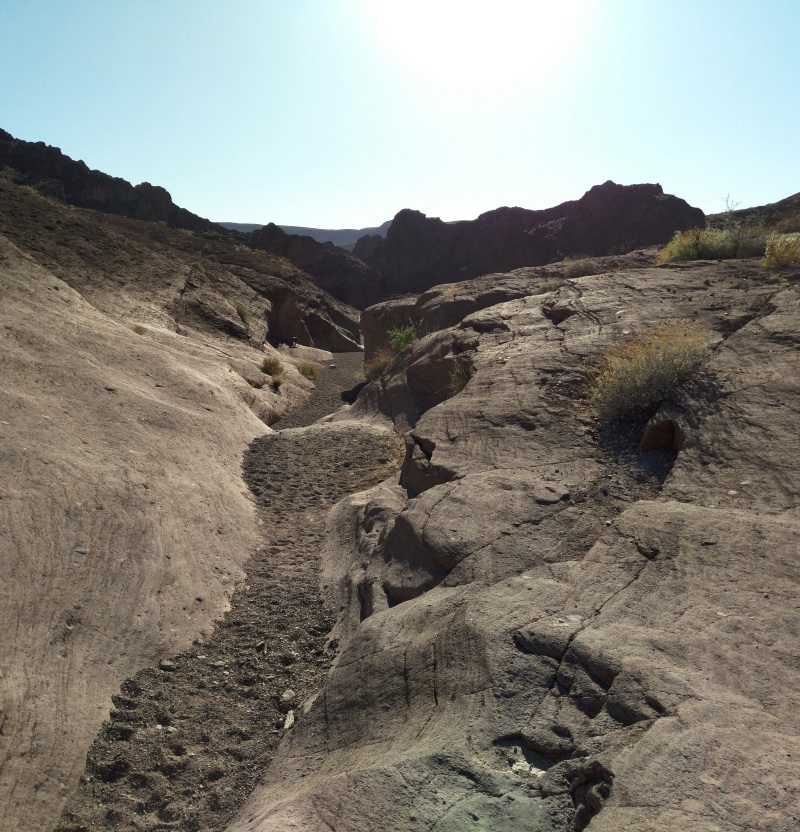 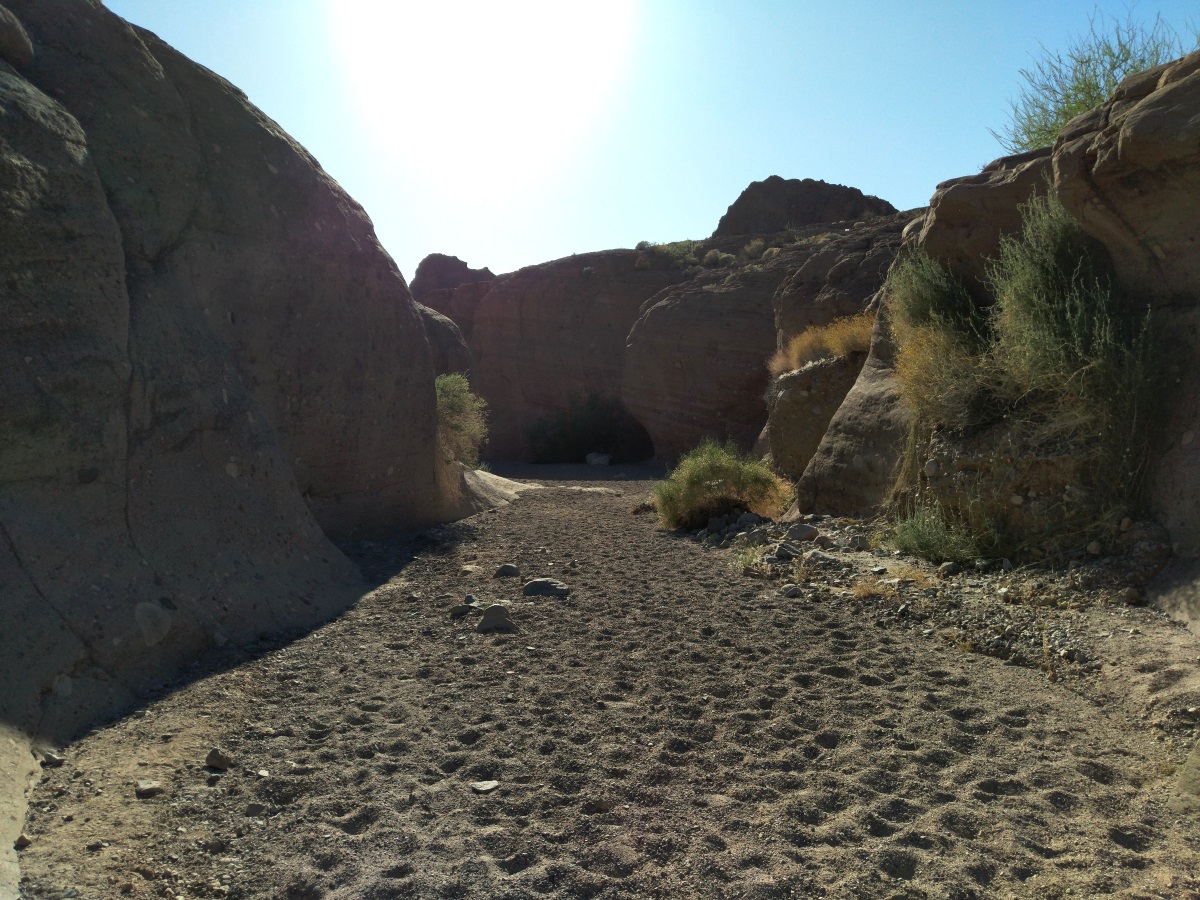 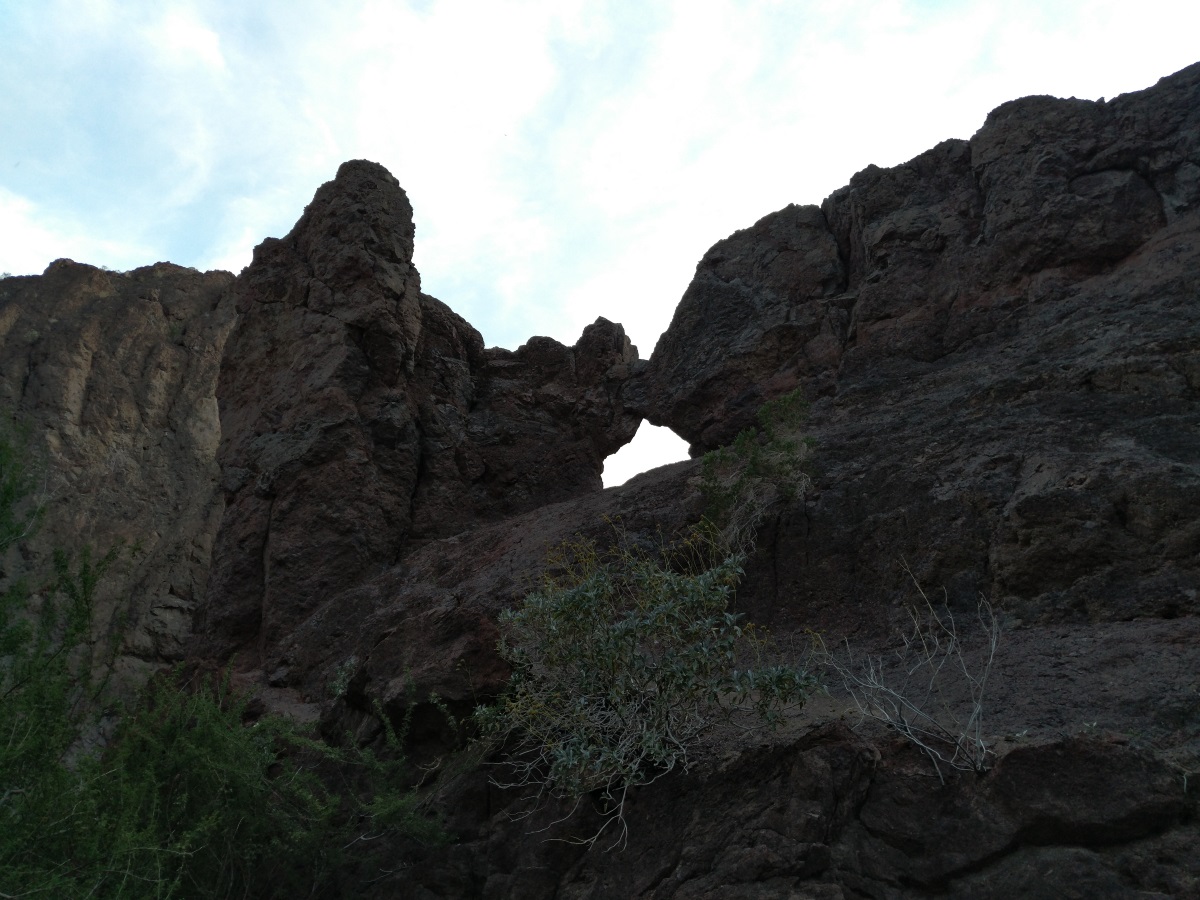 The Village of Tents

We were originally planning to sleep on the main beach, but when we arrived, there was a small village set up.

Literally. It was pretty legit (I mean that in a good way).

Since these folks came in by canoes/small boats, they were able to haul a bunch of supplies that we could never have fit into our backpacks like firewood, coolers, canopy tents, chairs, you name it… 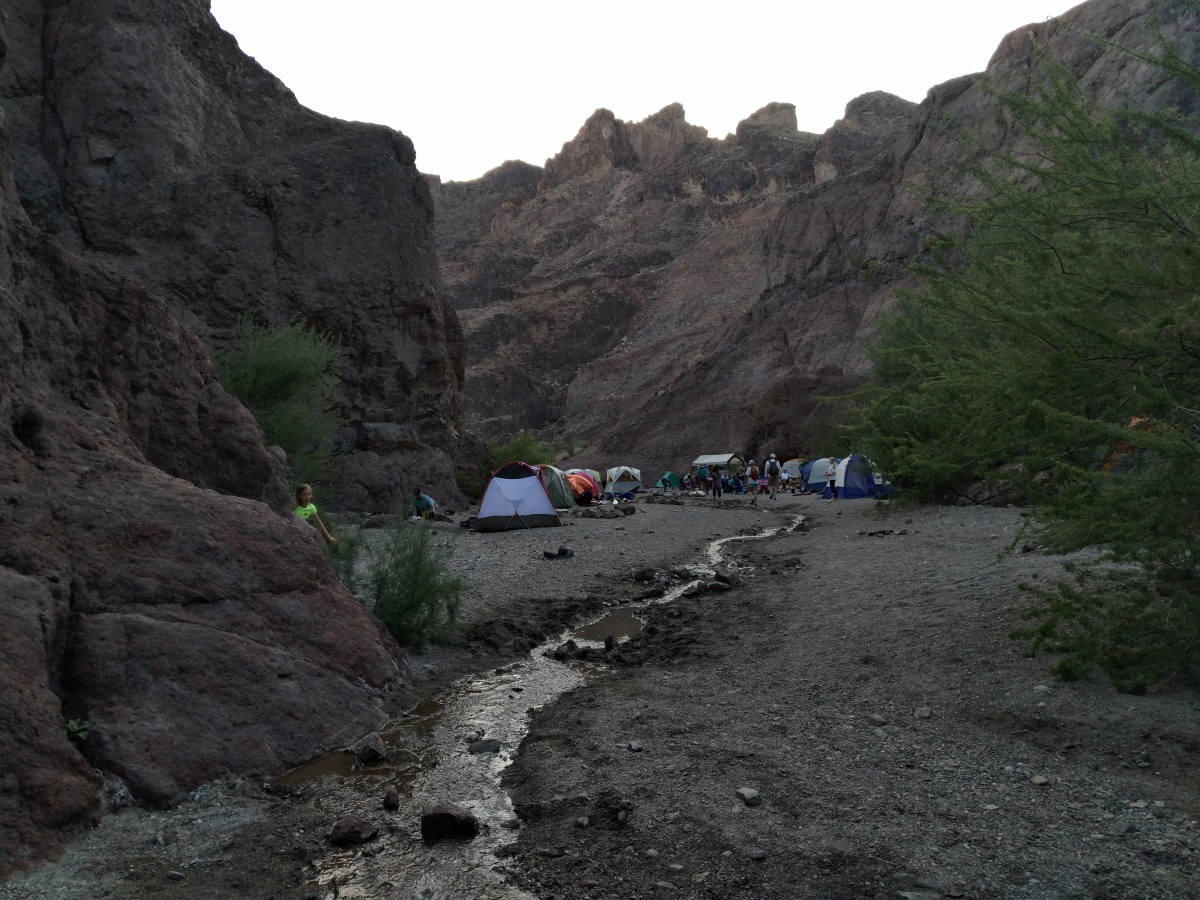 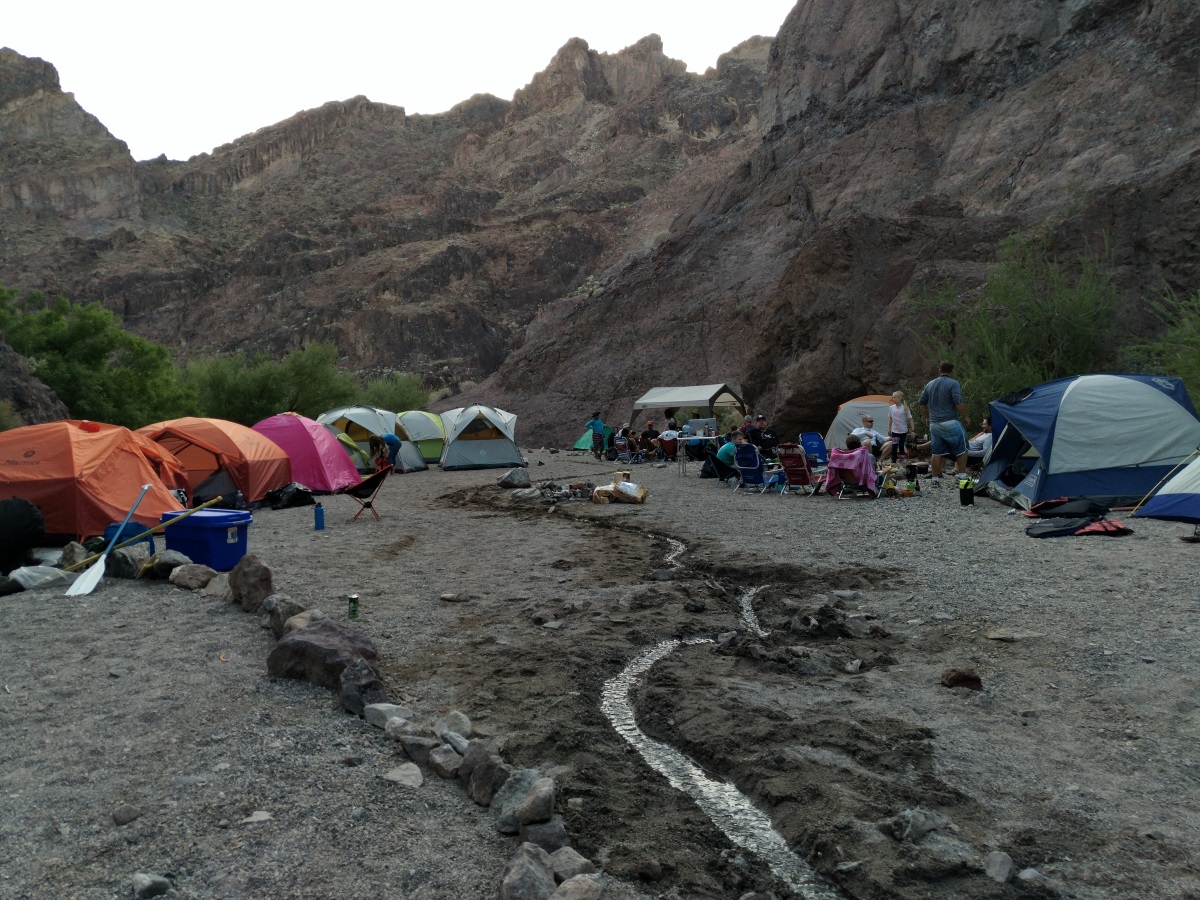 We chose to backtrack a bit, to an area we saw overlooking the river.

Although this particular spot was a bit more rocky, it was also quieter, and the views of the river were so much better. Having started the hike around 4pm, we got to camp just around sunset. The sunlight was fading, so we immediately began to set up our tents.

The current in the river was pretty strong, and so you could hear ripples in the water, almost like waves at the beach.

Other sounds included crickets, another chirping noise that was either birds or bats, and the occasional canoe or kayak passing by.

Every so often, a group of campers would get lost on their way to the hot springs, and end up at our camp, even though we were not actually camped on the way to the hot springs.  (Apparently, it’s like the thing to do: Go to the hot springs at night and soak. I can’t tell if I think this would be fun, or not.) The light from their headlamps created fascinating shadows on the canyon walls, and a pretty shimmer on the water.

Although we didn’t have a fire, the air smelled like campfire from neighboring camps. 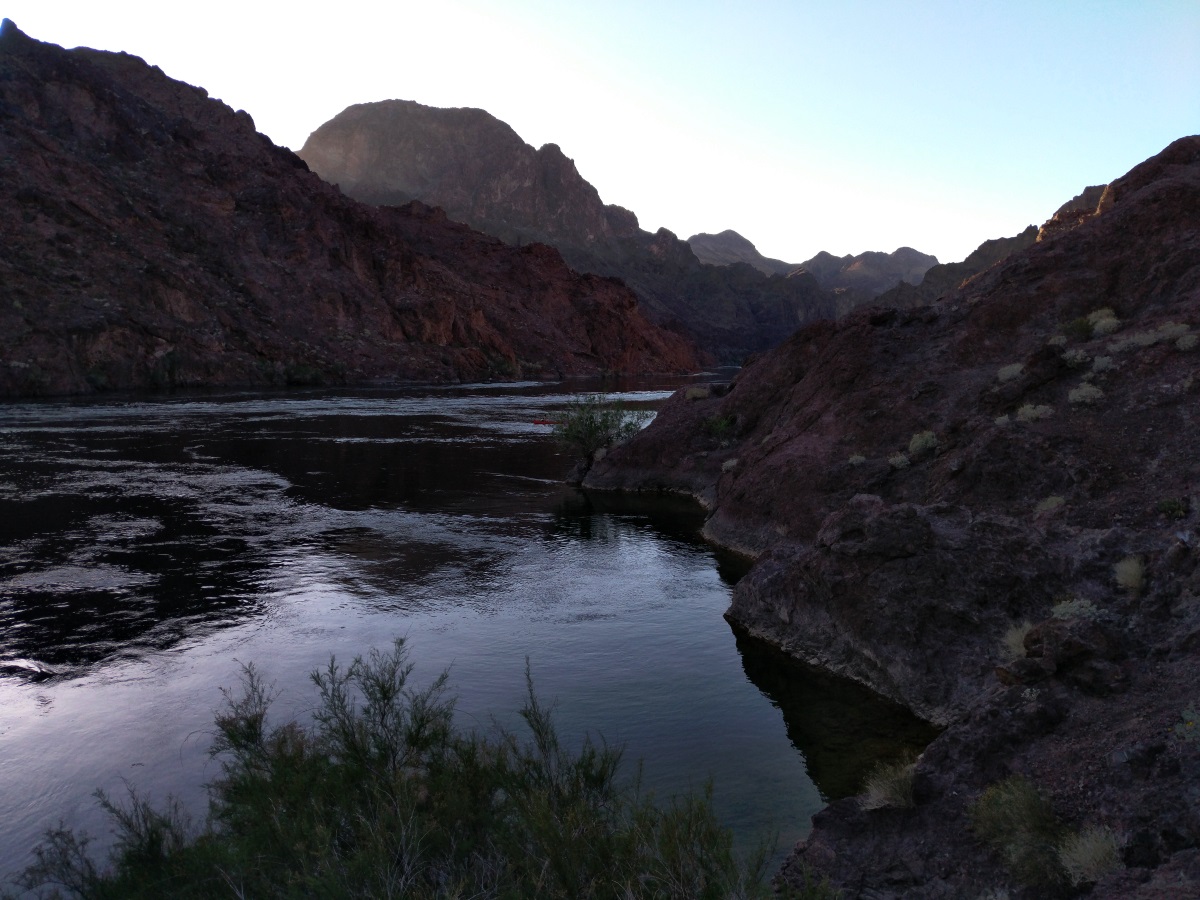 I stayed awake just long enough to watch the moon set over the canyon…it was so bright!

(I took the picture below, using a Nikon Coolpix B700, no tripod!) 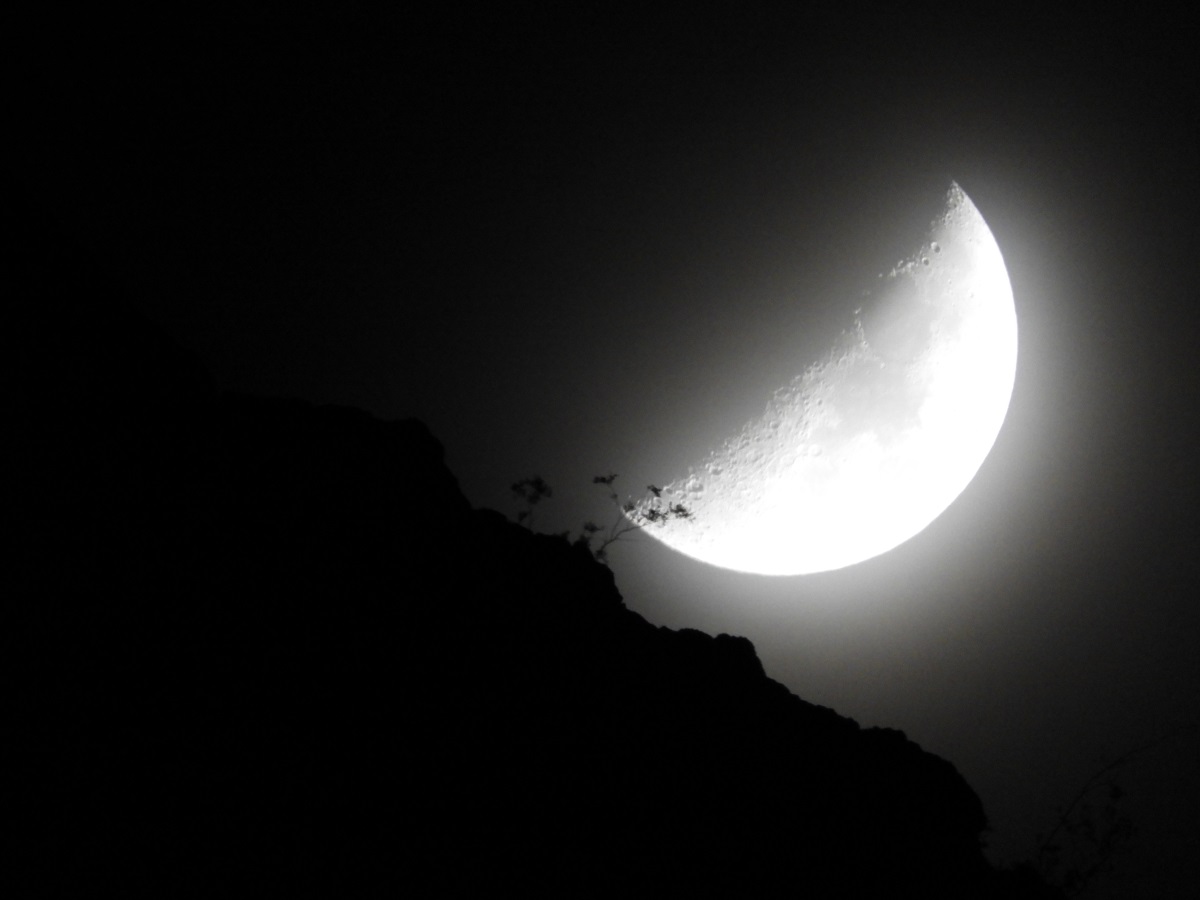 The trail head is located about 35 miles southeast of Las Vegas, just across the Arizona state line, off of route 93. (It’s actually the same parking lot as the Liberty Bell Arch hike I did not too long ago.)

There are a few different options that you can take, trail wise. We opted to do the loop; starting off by going through White Rock Canyon, and then returning via Hot Springs Canyon.

Note: This trail is closed from around May 15th – September 30th, due to extreme heat. I’m pretty sure that access via canoe or kayak remains open year round, but don’t quote me on that…